Krapfen or Berliner – A Sugar Ball for Carnival 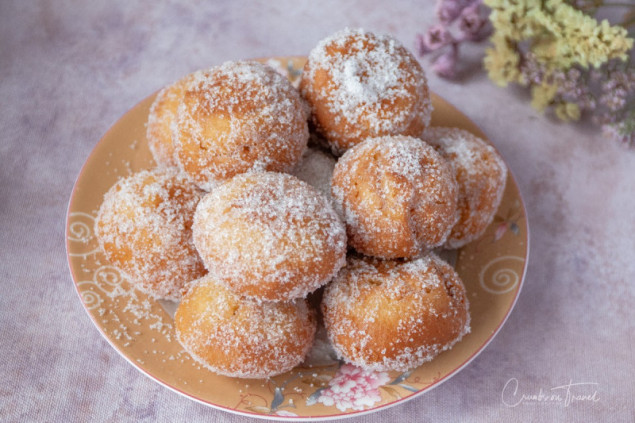 Krapfen are a typical Carnival treat. In Germany they are also very often served for the last day of the year, at New Year’s Eve. In Italy, we call them bomboloni and the Italian graffe are very similar, just the form changes. 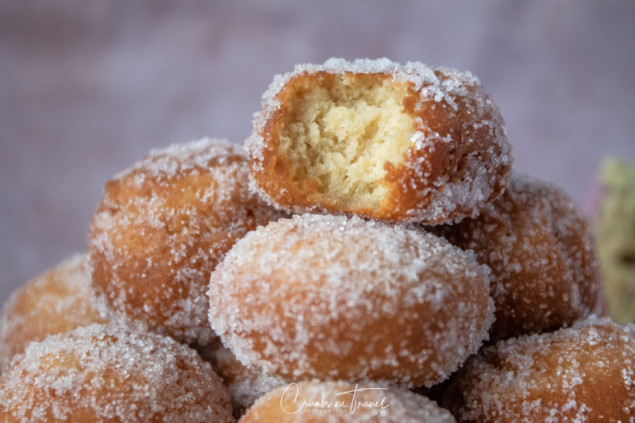 I always liked them plain, without anything inside. Though I think the Berliner, how they are called in Germany and many other countries, are most of the times filled with jam, cream or chocolate.

Researching them I found out, that there are many variations around the globe. The Jewish version is called Sufganiyah. In Australia, they call them Kitchener bun, filled with whipped cream. In Belgium, the name stays, but they are cut in half and filled with cream or plum jam. In Brazil, they are Sonhos and in Bulgaria they are Ponitschiki. In Greece, you would buy Loukoumades. In the US they are simply donuts. In Sicily, they have a similar one called Iris which is also P.A.T. (Prodotto Agroalimentare Tradizionale, an official approval for traditional Italian regional food products). In Germany, I found a similar version to the Berliner, but much smaller and they are called Förtchen. You can even buy a special pan for them.

I found a recipe on YouTube in Italian. I changed some ingredients like the flour which is my own mix. Instead of milk I used unsweetened cashew milk. As sugar, I prefer Xylitol and instead of the oil, I used ghee. I used the potato starch though there was already some in my flour mix. In the original recipe there is orange zest, I prefer lemon zest. For frying I used coconut oil.

I used the same quantities, let the dough rise two times for an hour in the oven at 50°C (it would not move at all with only the light on). And then instead of circles I formed balls the seize of two bites.

I tried one and confess, I had a second. From the twelve balls 8 have gone the very same day to a friend. The remaining two I had the next morning for breakfast. And the trick to eat them the next day still fresh and soft: to put them back into the oven and heat them for maybe ten minutes at the most. Don’t let them change color, just heat them. If you are comfortable with a microwave, you can use that one. 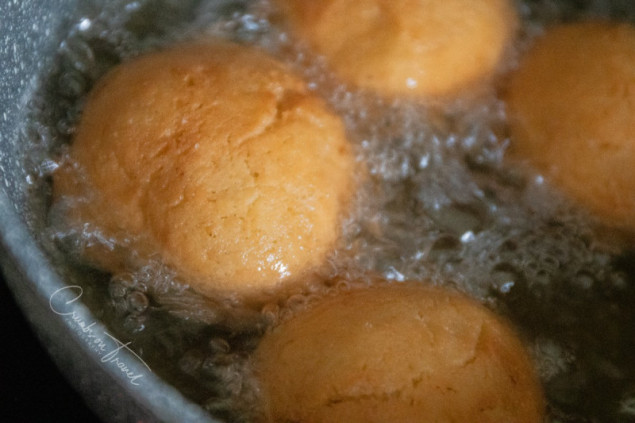 I just love these little Berliner, and I am thinking to buy a Förtchen pan, as that seems to me much easier and without oil. The remaining coconut oil I will use for a second round of mini bomboloni. 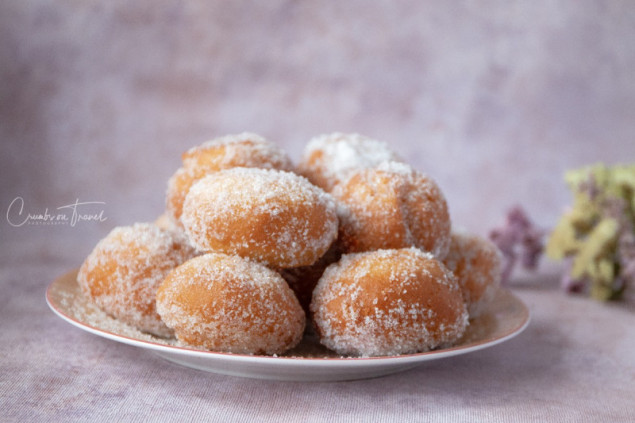 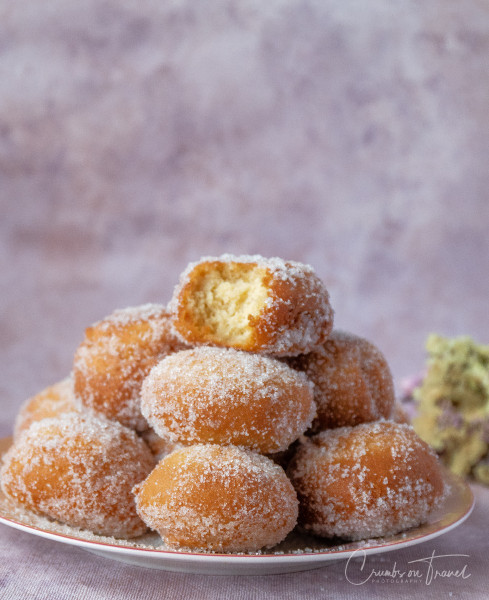 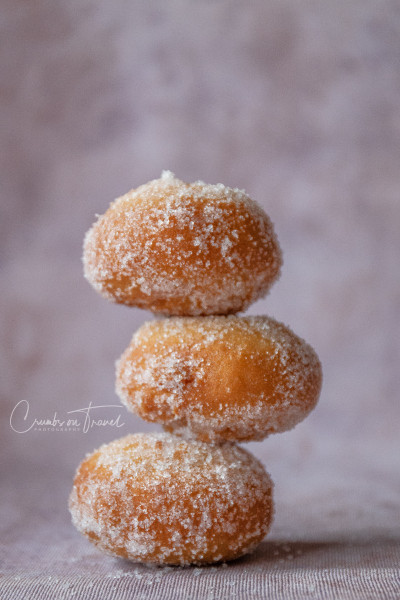 You can give them any shape you want, they don't need to be balls or round.

If you make them a little bigger, let's say double, than you can easily fill them with jam after frying. Use a frosting bag.