Industrial and Technological History in Lübeck 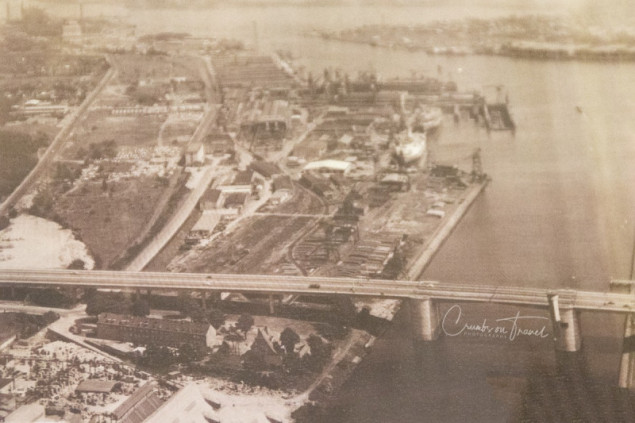 Lübeck was once the ‘Mother of the Hanseatic League’ and a merchandise center. In the last century it still had one of the biggest businesses in North Germany: the furnace plant in Herrenwyk, just a few kilometers outside the city-center and on the shores of the Trave. 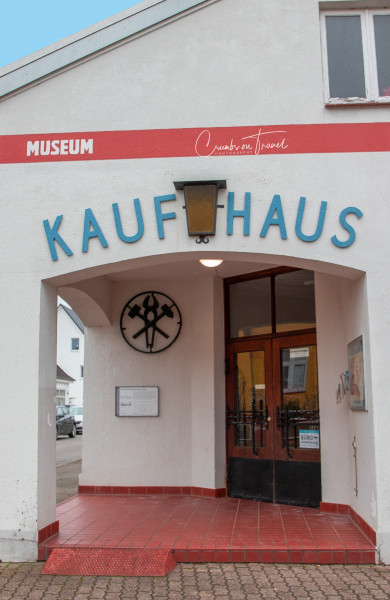 Sometimes – or most of the times – it is with visitors that you start to learn about the place you live. They are hunting for special places when you just go to the supermarket or maybe window-shopping or to the theater. So this last winter my sweety asked how the industrial museum in Herrenwyk is and if it is worth to go. I had no idea. So we went and I was really surprised. But of course, I had no camera with me.

This time my friend from Lübeck told me she always wanted to have a look at the museum, and we agreed to go there. And this time I brought my camera! 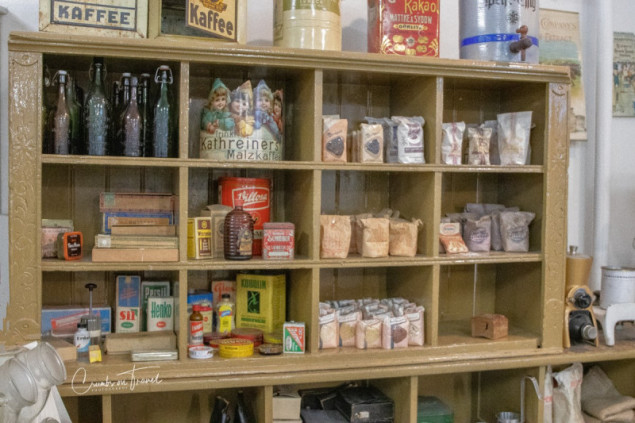 I remember Herrenwyk very well as an industrial area, where metal was worked and the Flender shipyards played a big role. I was also aware that all was closed in the nineties.

The museum tells the story from the beginning, the foreign workers that lived here and had their own village. The museum is located in a former grocery store.

The museum provides a multitude of photos, a lot of text that is impossible to read in one visit and many tools that were used during the centuries for the work. The museum’s director is an amazing source of knowledge. He knows also some English but mainly it’s all in German unfortunately. 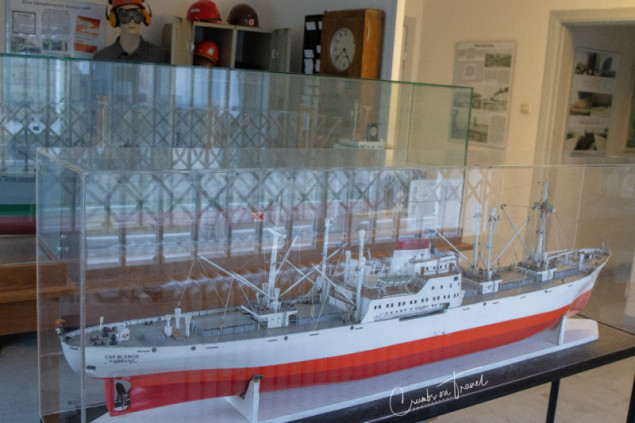 Herrenwyk is a furnace plant and was founded in 1905. It had the most employment in Lübeck. In 1975 the furnace plant was bought by the US Steel Corporation.

The amazing thing is that they built a village around the furnace plant. With an own grocery store, baker’s shop, butcher’s shop, and they even had medical provision. In the sixties there were more than 2.000 employees, Germans and foreigners. 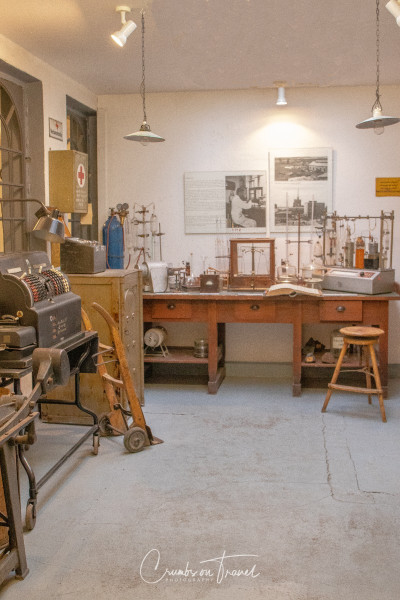 In 1992 the whole industrial area was demolished and remediated. In 2009 the last remaining building, the cooling tower, was demolished.

Today it seems all to me a normal neighbour-hood with nice little houses. I know many people who once came from Turkey live here. I guess most of them are house-owners in a second generation from the era of the furnace plant.

I very much enjoyed to look around in the museum, to see old photos, areal views how it looked like in the sixties, to read old documents and learn how people lived once here. It must have been an extreme difficult work and I know many people died early because of the pollution, the heat and hard work. 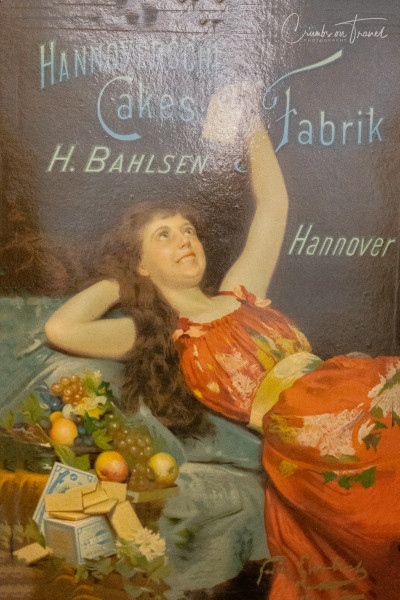 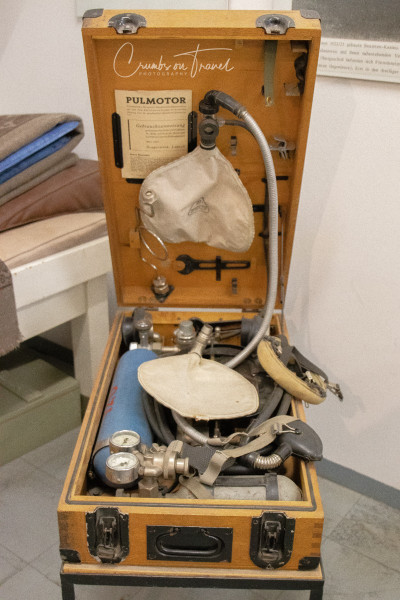 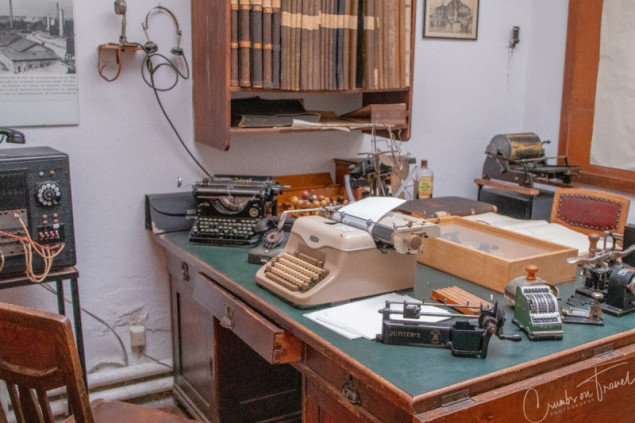 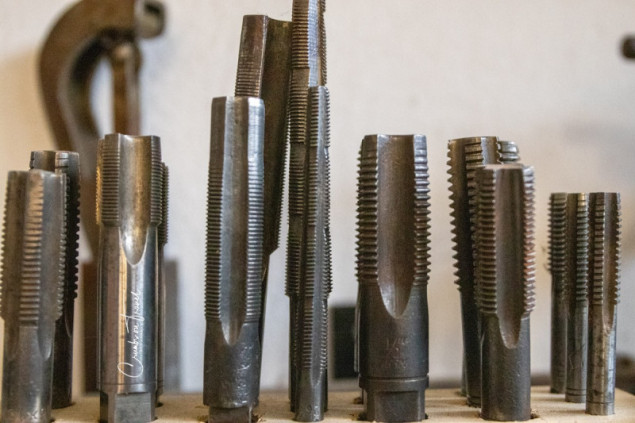 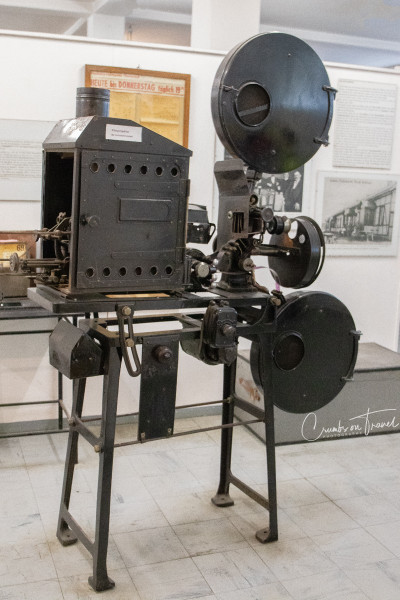 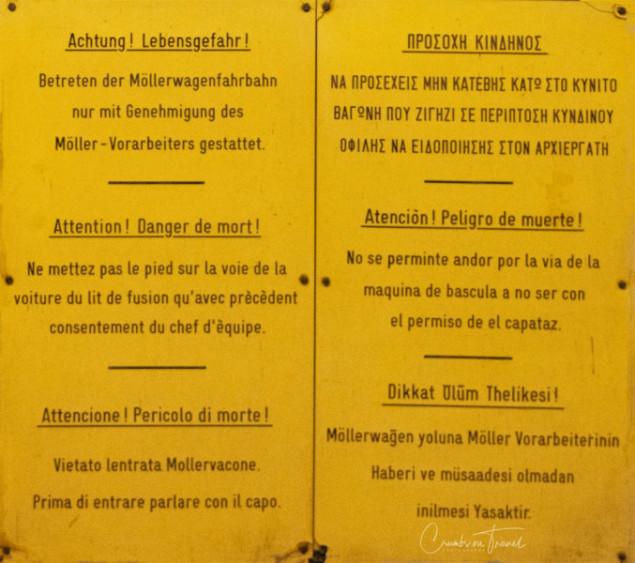 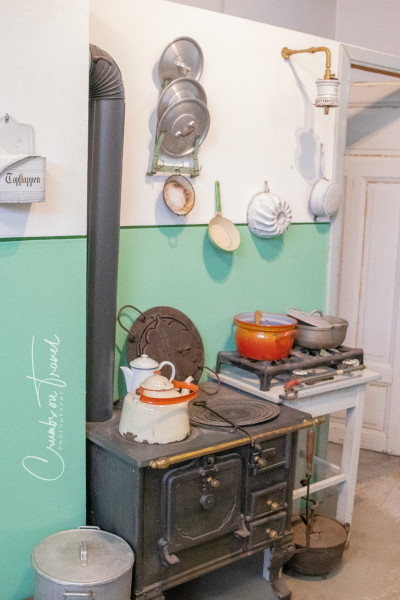 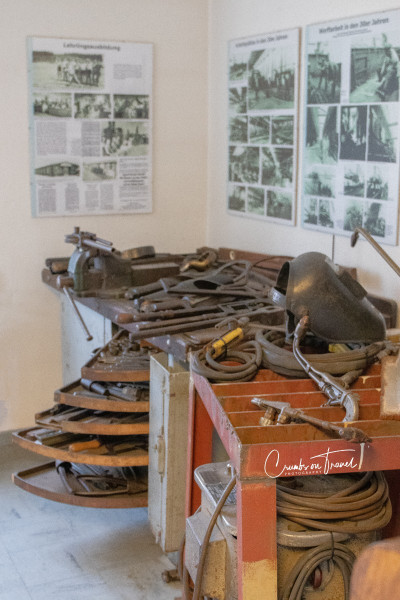 Jump into Middle Ages - The Hanseatic days 2014 in Lübeck
A Walk in the Old Passages and Yards of Lübeck
Inside Out – Body Worlds in Lübeck
This entry was posted in Europe, Germany, ON TRAVEL, Schleswig-Holstein and tagged lubeck. Bookmark the permalink.