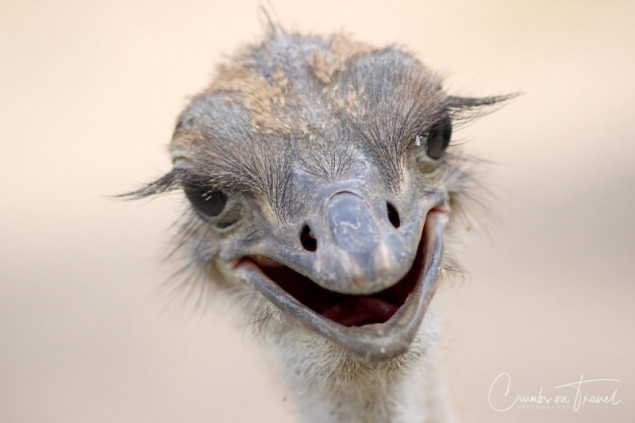 A friend of mine told me about ostrich farming in Schleswig-Holstein. As I am currently in the Northern area of Germany, I asked her to go together to have a look. And it was definitely worth it!

We started our way from Lübeck, a beautiful Hanseatic city at the Baltic Sea. The way was part along the seaside resorts, all very crowded in the summer time, especially with such a beautiful, sunny summer weather like it has these days.

A small part on the motorway and the last back into the country with its beautiful landscape and small villages. My friend knew the way as she already once was here with her family and kids.

The entrance on the farm is only 2,50 €, there is a small restoration and of course facilities.

The farm has a starting point that matches with the age of the flightless birds. 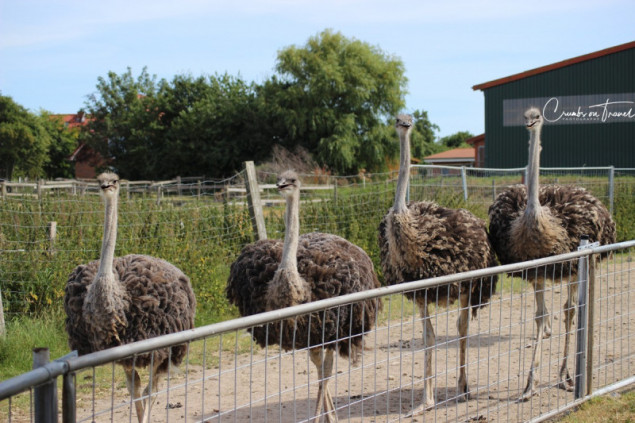 Maybe there are no more funny and the same very impressive animals. They surprised me with their enormous size, about 2.5 m height.

Our walk began just in the place where some eggs are seen in a little glass box and normally the chicks are born. A chick needs around five days to peel themselves out of the one to two kilo egg. The newborns have a weight of 700 to 900 grams and are very vulnerable just in the first two weeks. After that, they begin to eat by themselves. They have a size of 25 cm when they unfold off the egg and arrive at 2 meters just after six months only. 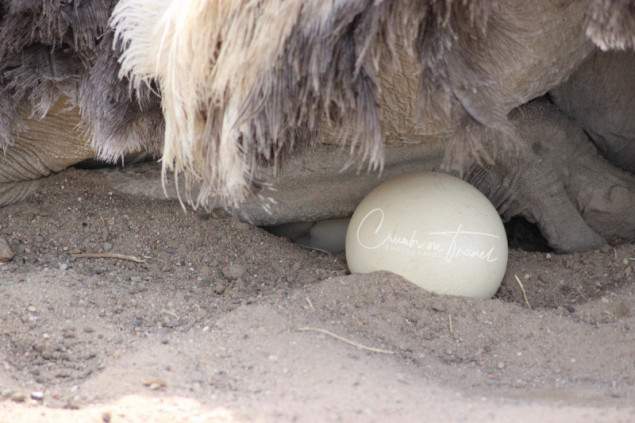 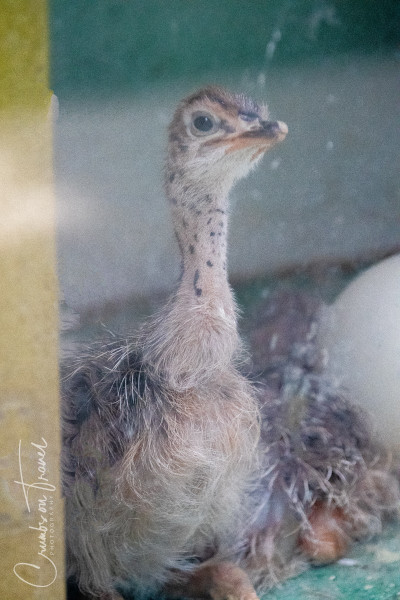 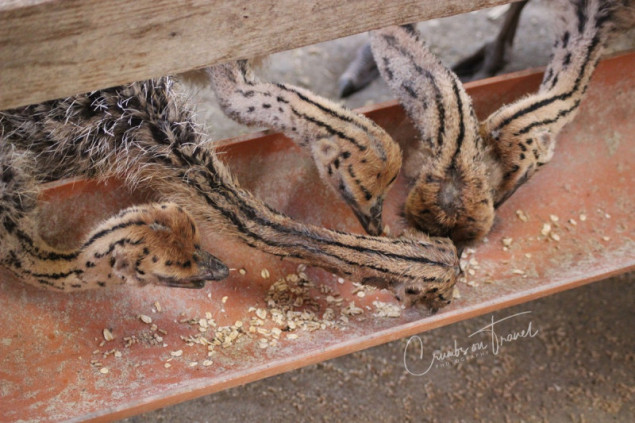 The youngsters are incredibly curious. But I was not surprised that the adults are no different. Maybe they are very used to humans because I read that in freedom they try to avoid humans as they feel humans could be a predator.

The youngsters, looking on us from their heights, were following us all the way long till the end of their corral. 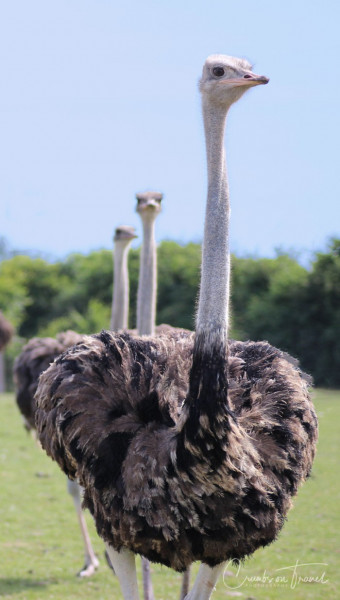 On big open spaces surrounded by a two-meter-high fence we could see big groups of adults, males with black and some white feathers, females with grayish ones. Some were sitting on the ground, others grazing or just going around to have a look.

I was very impressed by their big feet with just two claws and one with a huge nail. It’s clear that one punch can kill everyone – also a human of course. And the strength in the legs let imagine that their running speed can be up to 65 kilometers per hour. But when seeing this heavy birds – up to 150 kg – running they seem so elegant and light-footed.. Incredible! 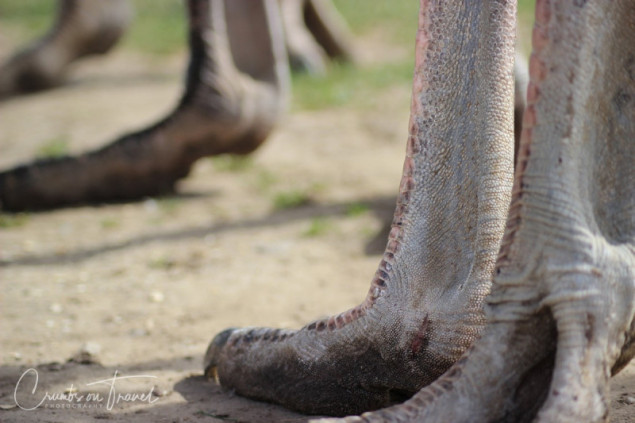 Their feathers were another very interesting point to observe. They have a mimic feather dress when they are kids, just light brown with dark brown spots. The older they get the feathers are more hard, strong. Just to touch their bodies is a little bit rough, I would say. And they don’t have feathers everywhere like most of the birds. They don’t have them under the ‘wings’ and also the lower belly is nearly featherless, naked. The skin has a very white color when they are adults, a light green instead when they are kiddies.

Like all animals when they can have something to eat then everyone is running. When paying the entrance fee, one get also a bag of oatmeal. The ostriches are immediately one’s best friend 😀 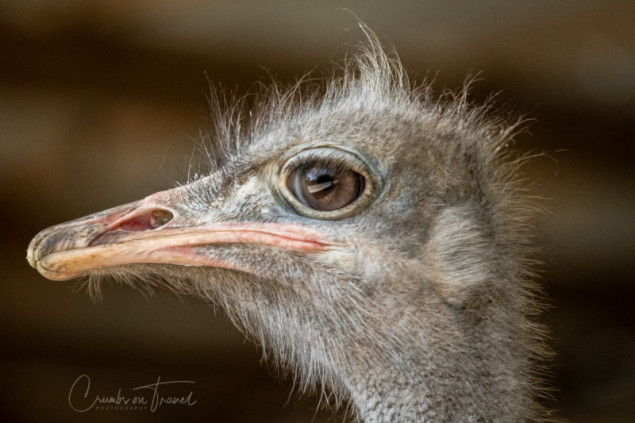 It’s very nice to see them sleep. If one sees only the long neck, it could seem like a snake. Normally they sleep just sitting on the ground and their necks high. To lay down means a short deep sleep.

And I found out why they say in Germany that an ostrich is putting its head into the sand. Because that’s how it looks like when they pick for food. One can see the huge, height body from far, the neck going down but where is the head? And from close up it looks funny as well because they seem to have three legs and no head. A long neck is sometimes really a funny thing… 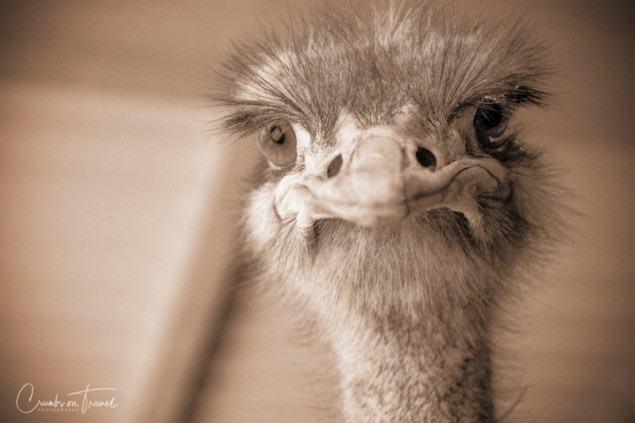 I loved the afternoon here with the ostriches. The farm is situated in a lovely place. There are also possibilities for longer walks or hiking along the sea or between fields. We had a cappuccino and ice-cream before leaving, sitting outside in the sun. We spend around 1.5 hours on the farm. There is also a small play-ground for kids. 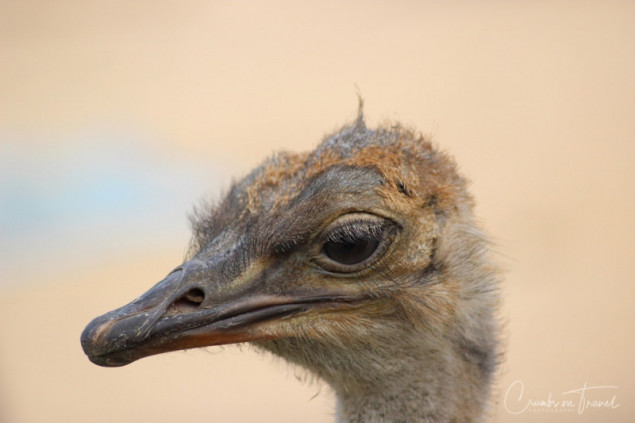 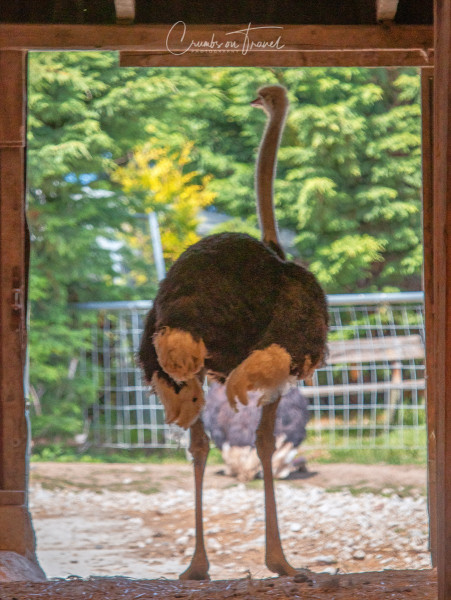 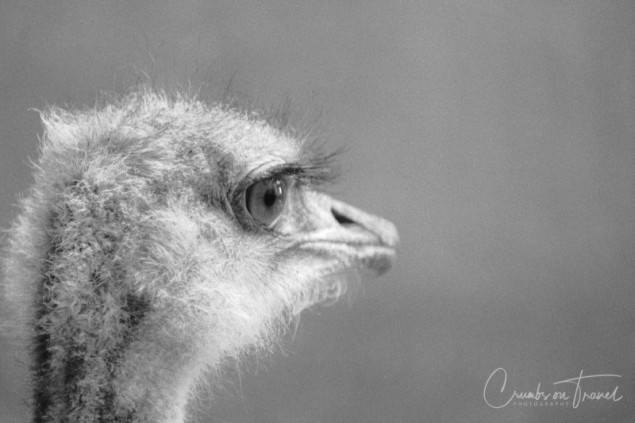 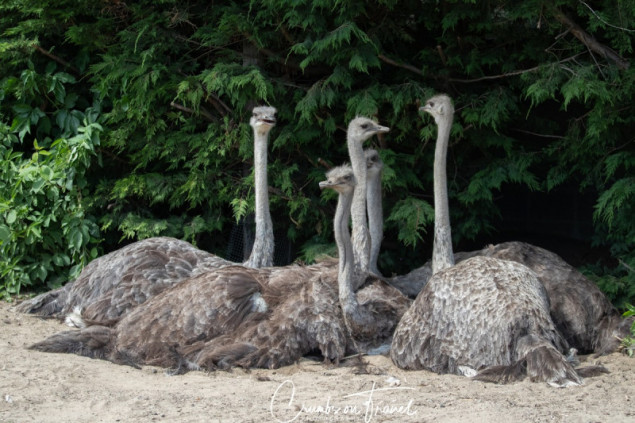 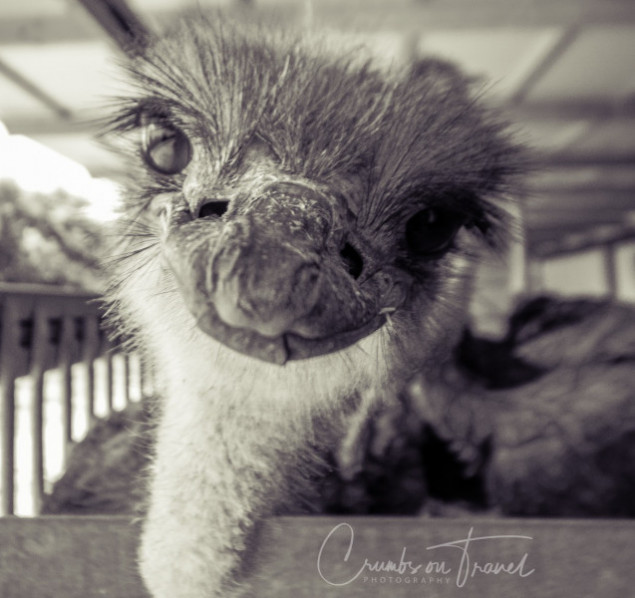 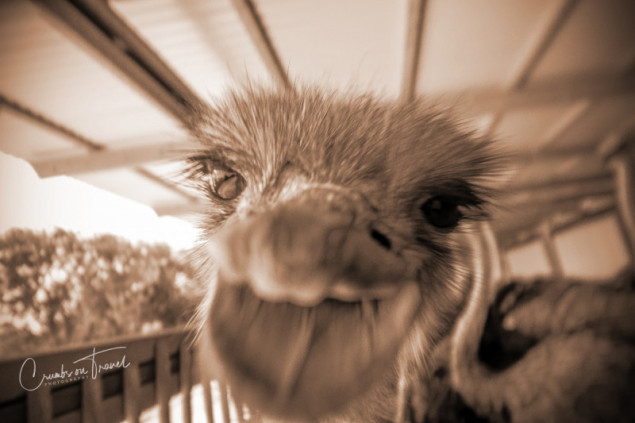 Opening hours: 10 am to 4 pm (in summer until 6 pm)
closed in January and February

Weekend of Open Gardens 2020
The Dream of the Duke
The Day after Corona – At the Wildlife Park Eekholt
This entry was posted in Germany, ON TRAVEL, Schleswig-Holstein and tagged Schleswig-Holstein. Bookmark the permalink.