Greylag Geese Walk in a File 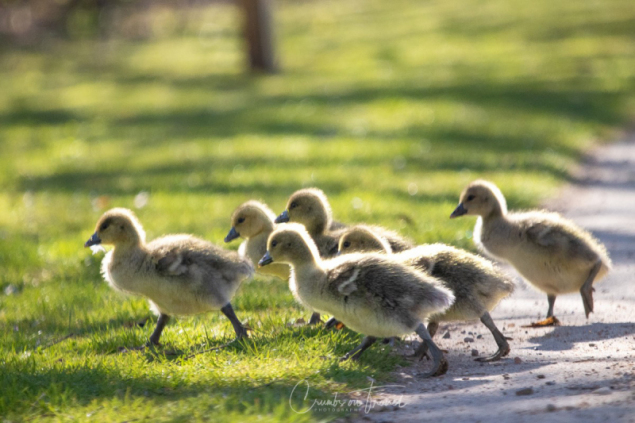 The Greylag goose has a funny Latin name: Anser Anser. It’s a large goose that lives around the Baltic Sea, in many places of Asia and even in Turkey. Now in spring it is their time for goslings.

The Greylag goose is the ancestor of the common domestic goose and you can find them everywhere here in Northern Germany. And today I saw the first goslings. Three families with their little ones, so cute. I love to see the father observing his family, guiding them well and mother goose pulling grass and looking for food, educating her children how to find food.

Greylag geese are very talkative, when they are on the ground, but especially when they fly. Where I stay right now there is a colony of more than 20 animals. I like their character and their very vigilant way.

Did you know that geese are ‘used’ as alarm for danger? They are faster than dogs to warn, dogs obviously are the better defenders. 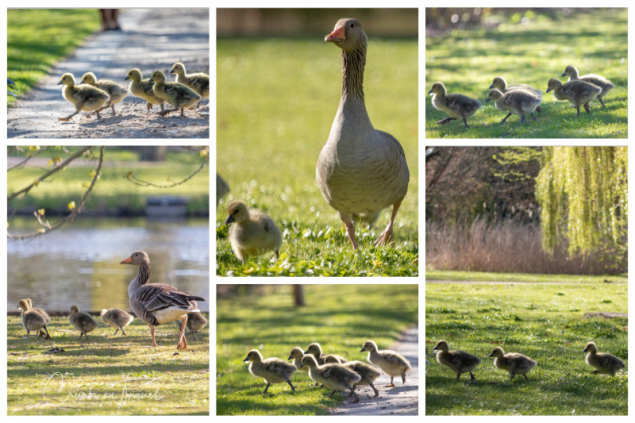 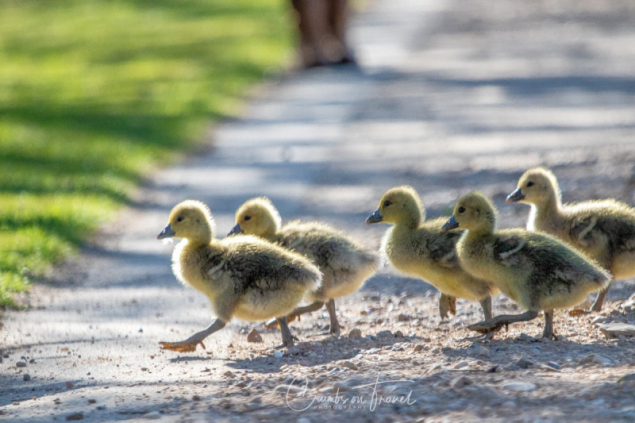 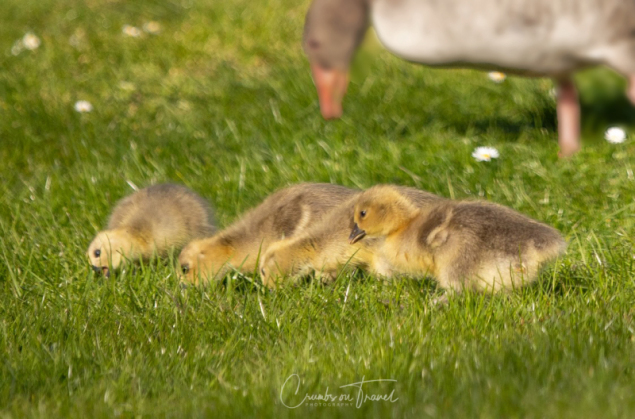 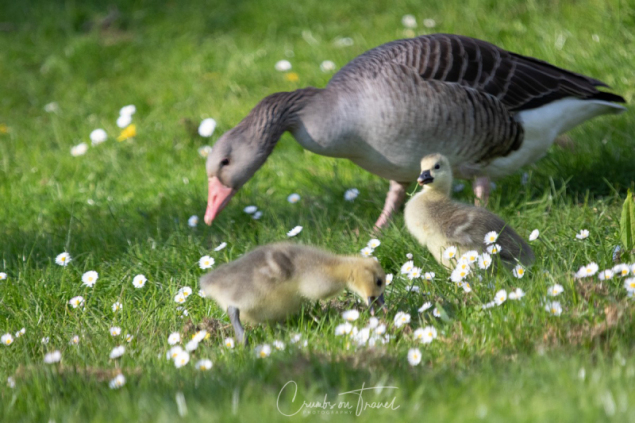 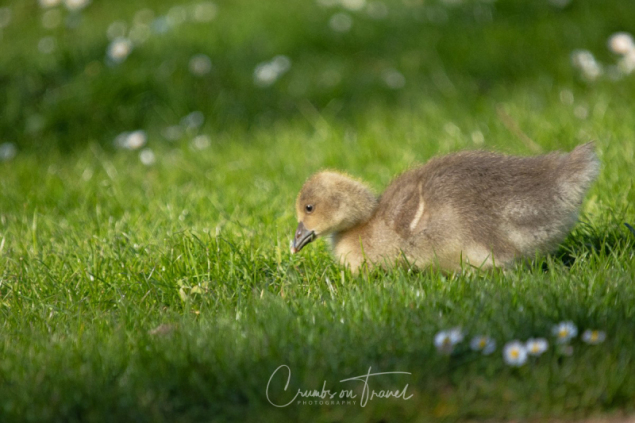 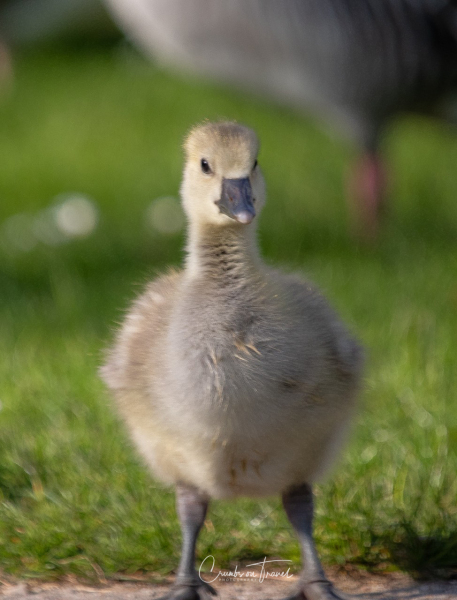 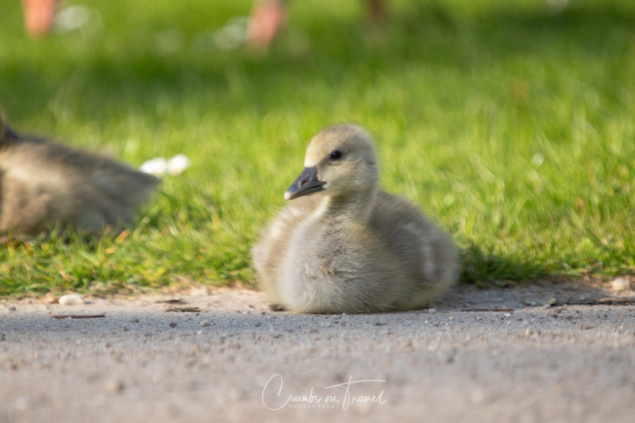 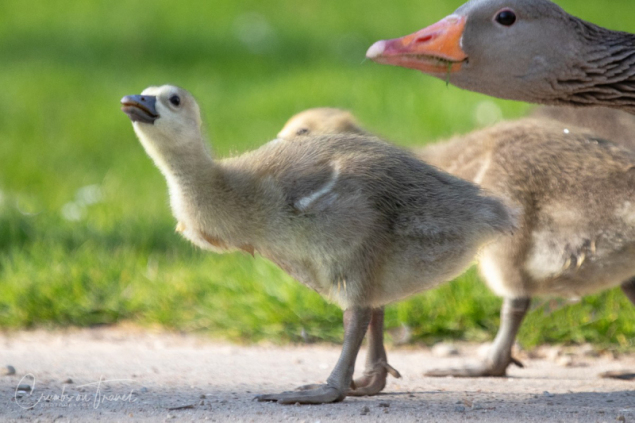 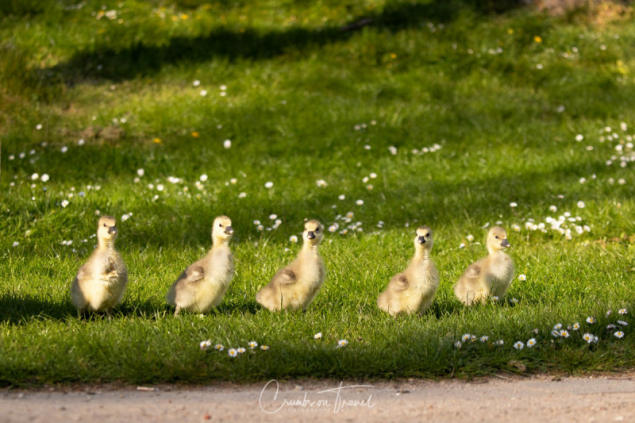 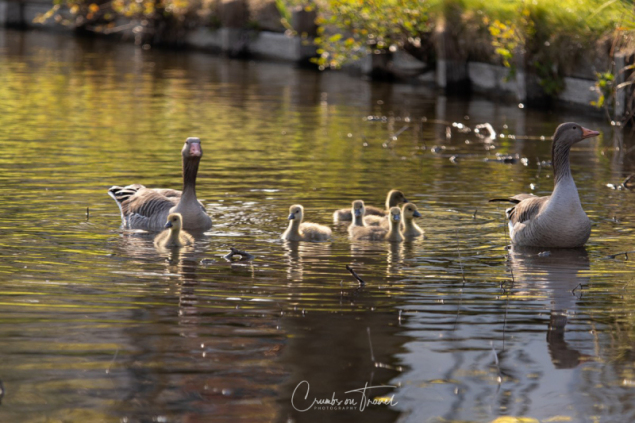 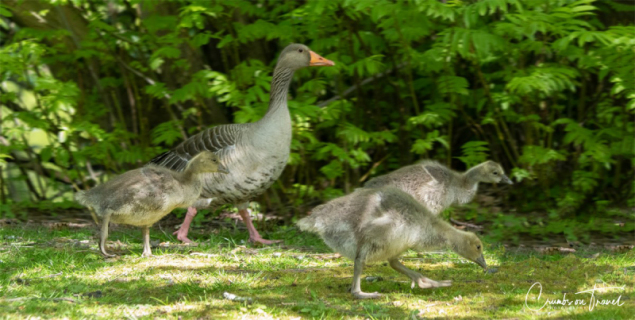 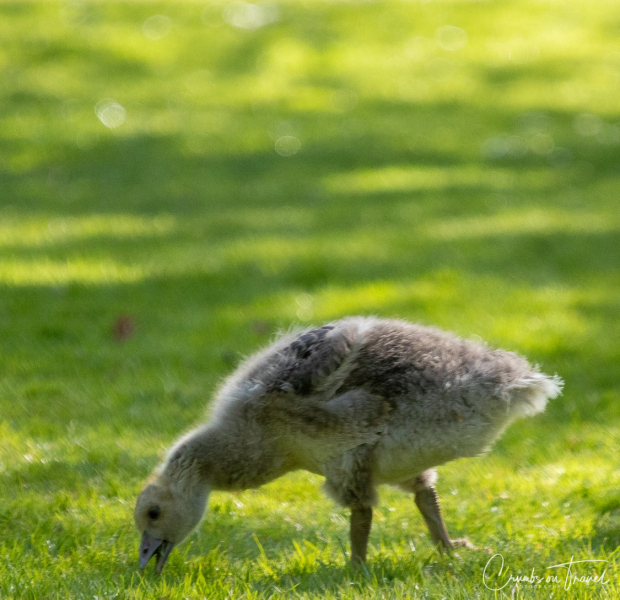 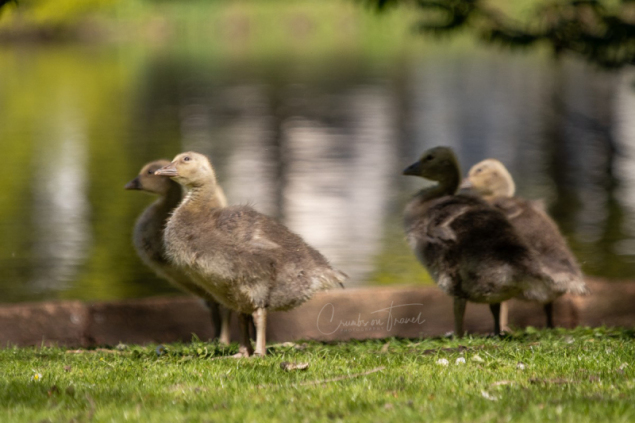 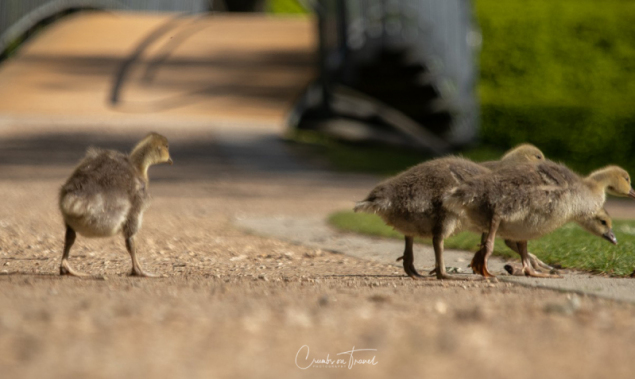 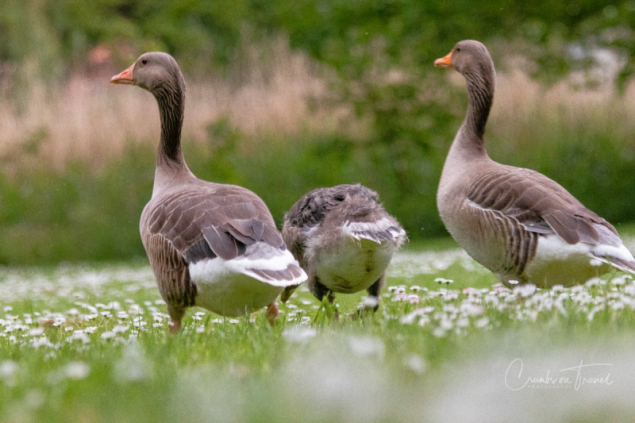 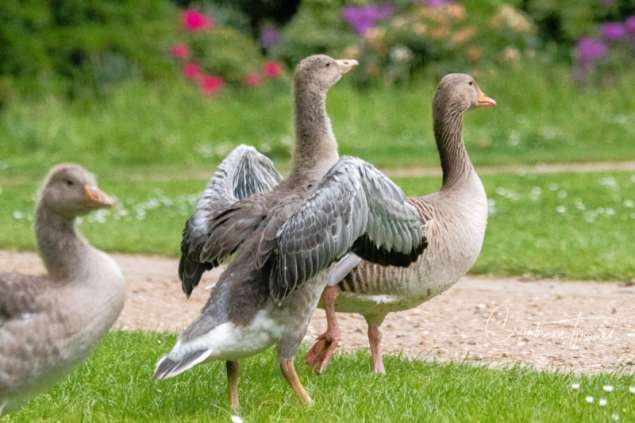 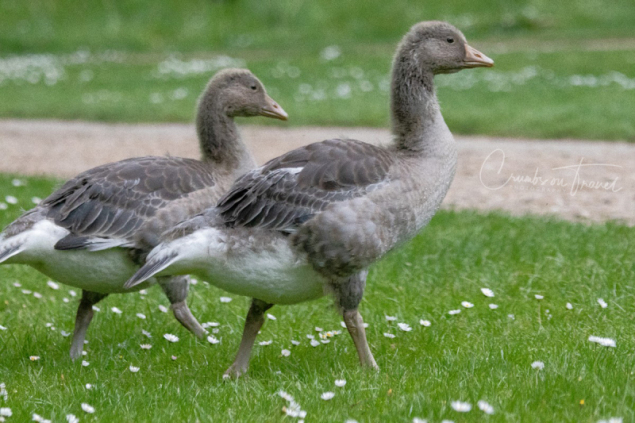 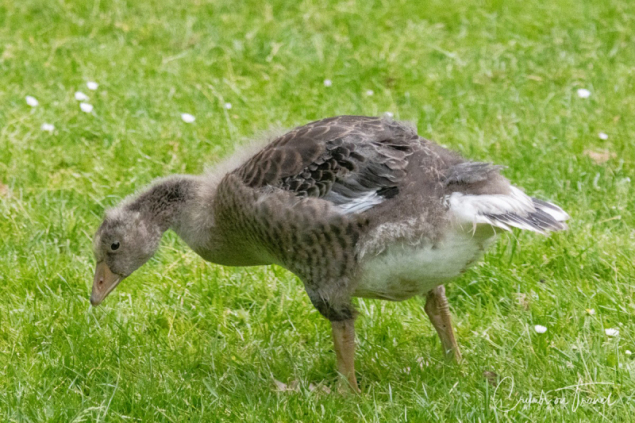 What have I done?
In Europe's Fields the Poppies Blow
Meow – Today is International Cat Day!
Be sociable, tell others!

This entry was posted in reflections and tagged photography. Bookmark the permalink.

4 Responses to Greylag Geese Walk in a File