Corona-Shutdown Walk – The Discovery of a Slavic Ringfort 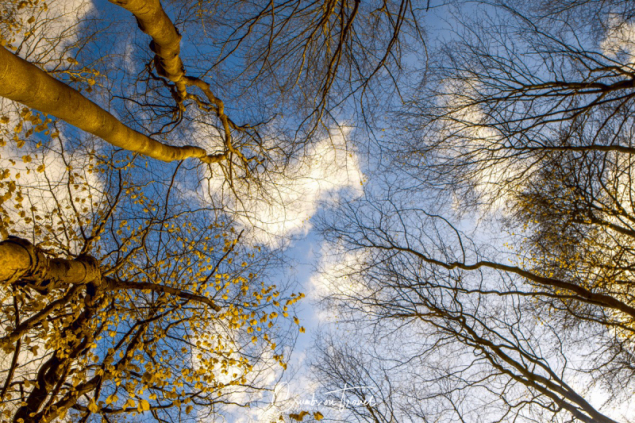 The Circular Rampart of Pöppendorf is an old embankment used as a military fortification and refuge. It is from the 8th century and still visible today.

I am still on my discovery-walks in the surroundings during the Corona shutdown. Sometimes I just drive around and stop where I see something interesting. When I saw stairs going up a little hill, I just stopped, I had to explore. And I was very surprised. 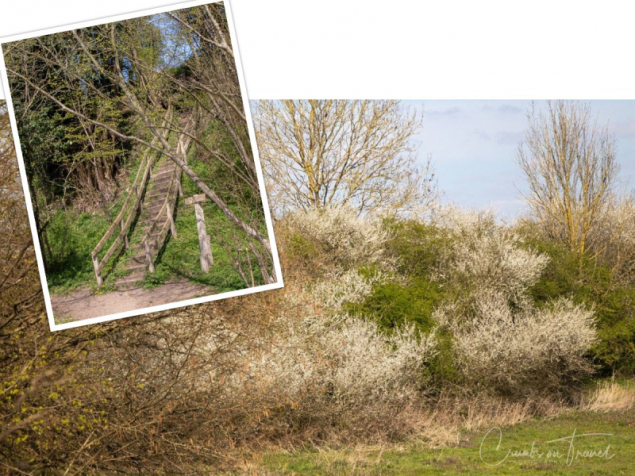 The circular rampart of Pöppendorf is located in the Waldhusen Forest between Lübeck and Travemünde. It is a Slavic fortification built in the 8th century and in use until the 10th century. These kind of hill forts are found from the Neolithic to the Middle Ages in north and western Europe, from Scandinavia to the Alps to the Ural mountains to Ireland and Great Britain.

Normally they are surrounded by a moat/ditch and on the top of the circular hill there are wooden palisades. Inside there was a village life with huts and bigger buildings for the people to live, work and trade. They are a huge earthwork, and at those times without machines, just men power.

The ringfort was built by the Wagrians, a Slavic tribe. It was around 12 meters high and 35 meters large with a diameter of a hundred meters. In the surroundings it is highly possible that there were more huts and pit-houses. Excavation showed that even ‘international’ trade was done, goods payed with hack-silver. When the Wagrians left, they moved to Liubice, the nowadays Lübeck. 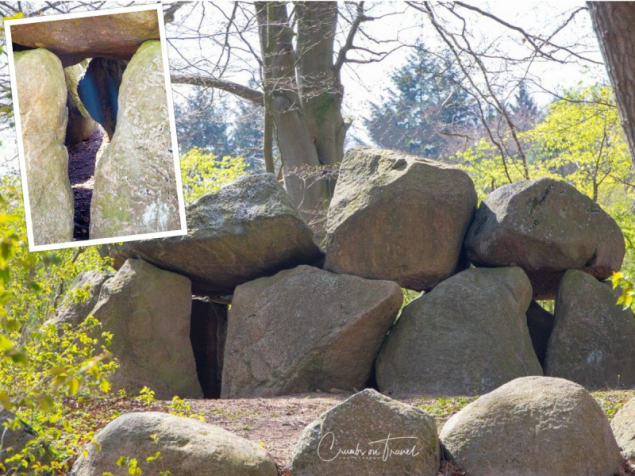 In walking distance there is a big megalith, a passage tomb. It is from around 3500 to 2800 B.C., the so called Funnelbeaker culture during the Bronze Age.

The passage grave is around 6 m long, made of huge erratic blocks and has a circle around it. Normally these passage tombs are ‘buried’ under earth, here it was removed in 1844, when it was discovered. The holes in between where removed all together as well. The circle around is just to show how big the original hill was. 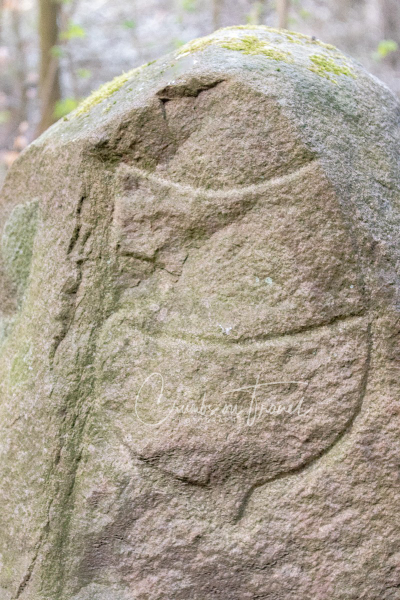 After the passage tomb I moved further to a parking place to walk in the forest of Waldhusen. Here during WW II there was a camp for flight and expulsion Germans. One million people passed here between 1945 and 1951. It was even one of the biggest refugee camps in the region.

I walked around three hours in this idyllic forest, nearly the whole time alone with nature, with thousands of singing birds, woodpeckers, saw little mice jumping in the dead leaves and saw a lot of forest plants and flowers. The sunshine came through the high trees and created a mystic atmosphere.

I am already looking forward to my next early morning walk with a friend along the Trave river! But now …

Let’s have a look in the forest! 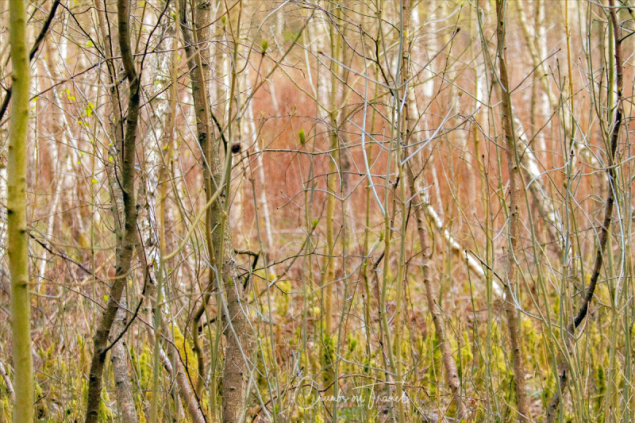 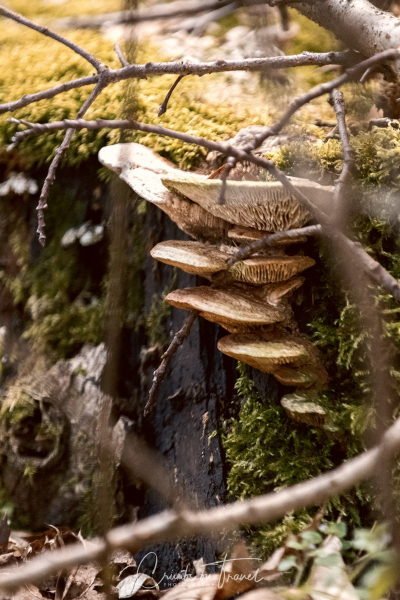 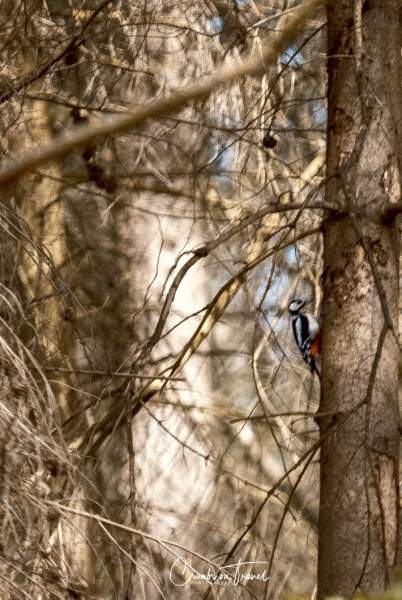 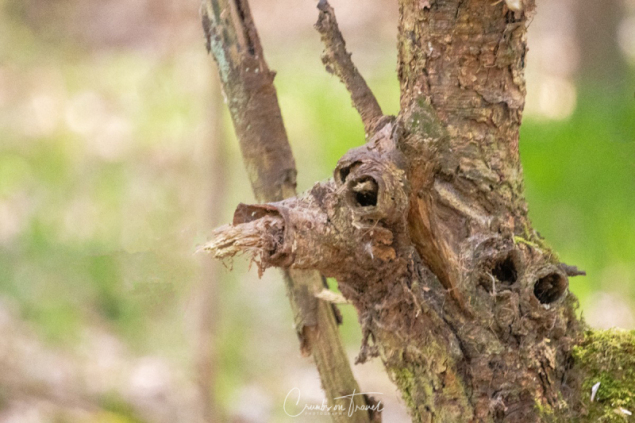 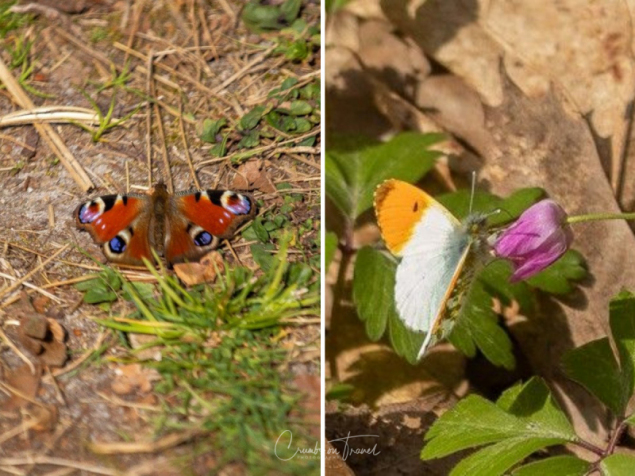 Brick Architecture - Typical House Construction in Hanseatic Cities
International Women's Day And My First Vernissage
About Beguines and Other Famous Women in Lübeck
This entry was posted in Europe, Germany, ON TRAVEL, Schleswig-Holstein and tagged lubeck. Bookmark the permalink.