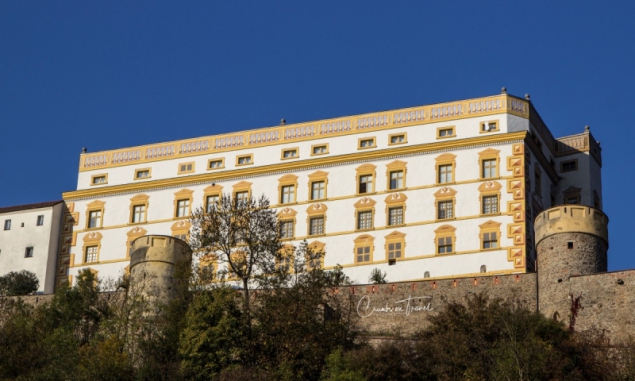 The fortress of Passau is overlooking the Altstadt (old city) within the three rivers of Inn, Ilz and Danube. It looks like it was built yesterday, so well maintained. But actually it was founded in 1219.

What was once a fortress for the Bishop of Passau, today hosts a museum, a youth-hostel and a restaurant (with a great view on the city and the rivers) as well as an open-air theater.

We walked up to the fortress crossing the old city of Passau, the Prinzregent-Luipold bridge and then up many stairs to the top of the hill St. Georgsberg and the castle. Part of the fortified system is the Veste Niederhaus below the fortress on the hill.

Ulrich II was the first prince-bishop (ecclesiastical lord) of Passau and built the fortress in 1219. The construction was done on a previous chapel dedicated to St. George. The fortress was meant as a status symbol to show the strength of the bishop against enemies from outside the city, but also inside the city which wished to get the independent status of a free imperial city (self-ruling, autonomous, subordinated only to the Holy Roman Empire).

During the centuries it was continuously extended and renovated and gives today a great view on 600 years of fortification techniques. It eventually became a look of a Renaissance princely residence.

In its life the fortress was attacked just five times, two by the citizens of Passau, but always without any success. Looking at it, it becomes clear that the position is one of the best and the chance to invade the fortress seems to be impossible.

The castle holds a sad story. Between 1535 and 1540 many Anabaptist Protestants were imprisoned here for their beliefs. Many died or were killed. During this period the Ausbund, a North American Amish hymnal, was written and is still used by Amish people today.

In the 18th century and in the beginning of the 19th century the fortress surrendered several times. Under Napoleon, it became a border outpost. 1802 the last bishop ruler had to go. Since then, it was used mainly for military purposes. Since 1932 the city of Passau gained possession of it and opened a museum. 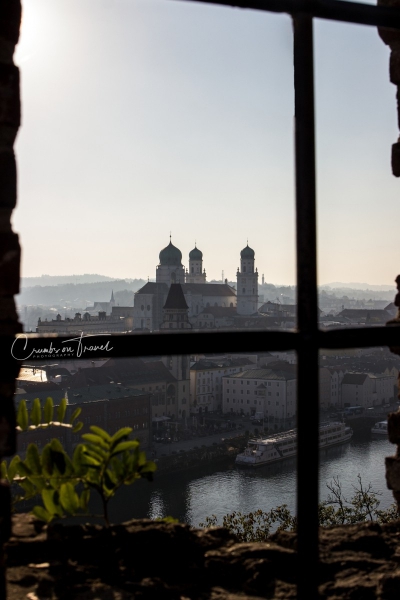 We climbed the 200 steps of the Oberhausleiten-Stiege to reach the top of the hill and entering from a small side-gate. We walked through the walled area, surrounding another fortress and coming up to a big inner place. Here we walked around to the ‘Linde battery’ a terrace from where we had a wonderful overview on Passau and the rivers. Consciously I didn’t notice the different colors of the rivers, but they should be visible from here with the right light (I had evening sun coming up).

We didn’t visit the Rittersaal or knights’ hall. But we enjoyed very much the view of the city of Passau! 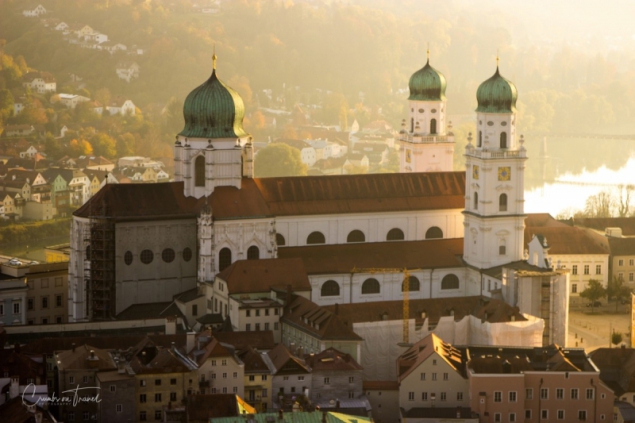 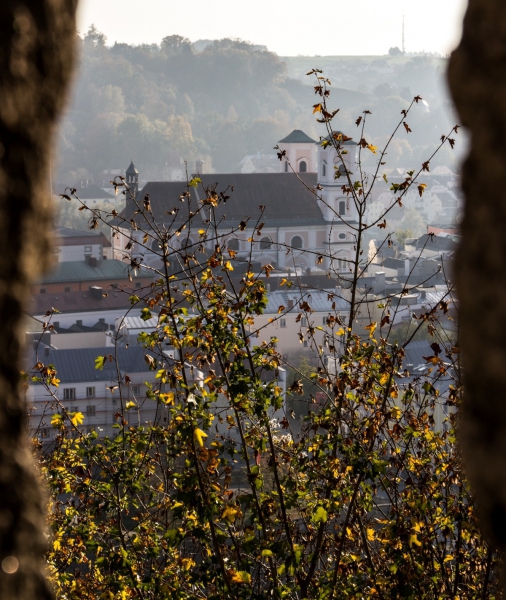 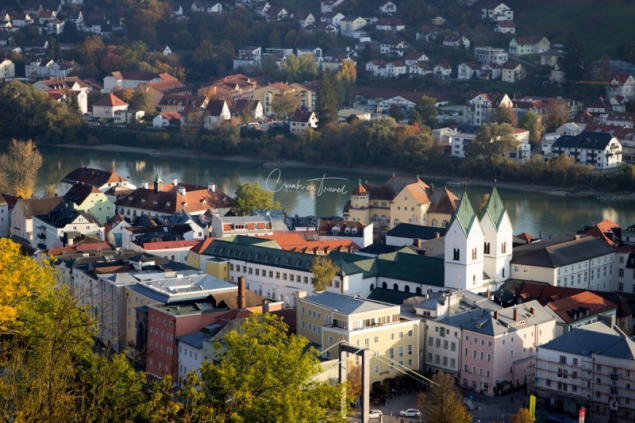 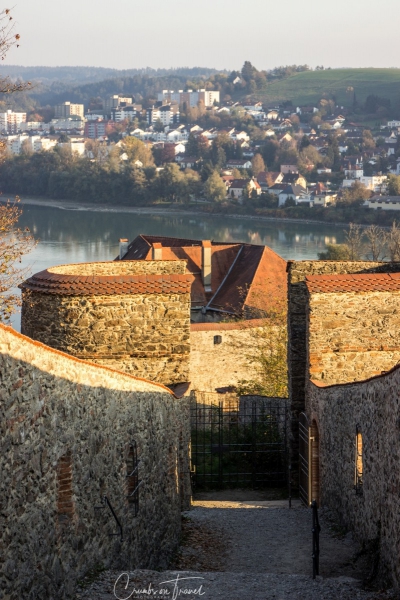 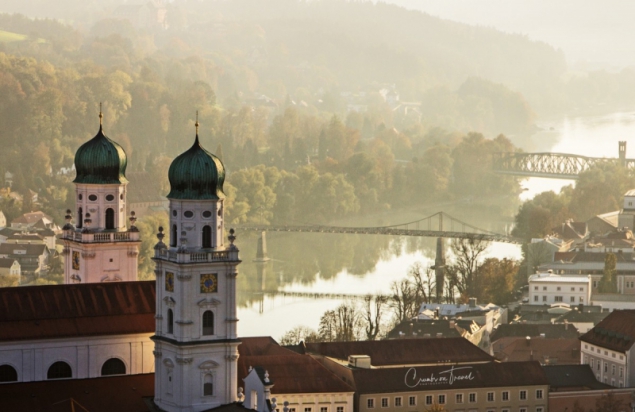 A Concert of the Largest Cathedral Organ of the World
Batavis – Boiodurum – Passau
This entry was posted in Bavaria, Europe, Germany, ON TRAVEL and tagged passau. Bookmark the permalink.