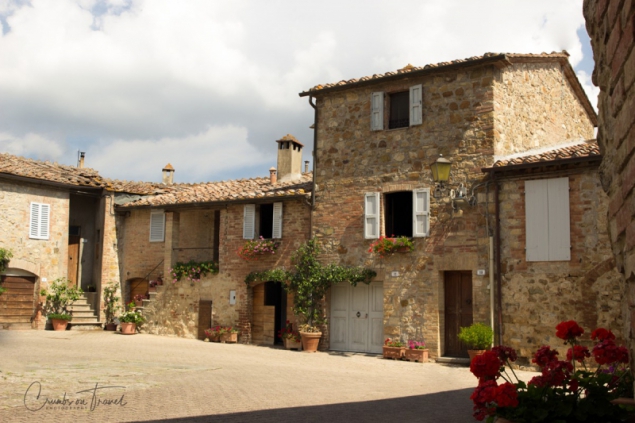 Murlo – like the hot springs of Petriolo and the Cistercian abbey of San Galgano – is located in the Val di Merse (Merse valley). In one of those super tiny Medieval walled or fortified cities that are so charming. You can find many of them in the regions of Tuscany, Umbria, Marche and Emilia-Romagna. One is nicer than the other.

On our way to the hot springs of Petriolo we had a short stop at Murlo. It is situated on a little hill which gives a great overview of the surrounding countryside. The little castle town is completely walled and has just a few houses inside the wall. Well, the wall is formed by houses and inside there is a big open space with 4 or 5 buildings, which form a kind of two piazzas.

Historically there were already the Etruscans living on this hill. In fact, you can find a very nice and interesting Etruscan museum within the walls. It seems so that the inhabitants are direct descendants from the Etruscans (how cool is that?). For the rest, history is not that interesting as it was first mentioned in 1055 under Henry III and had no greater relevancy. In the 19th century for a while there was some mining for lignite. Today it has received the orange flag as recognition for excellency in tourism, hospitality and environment. 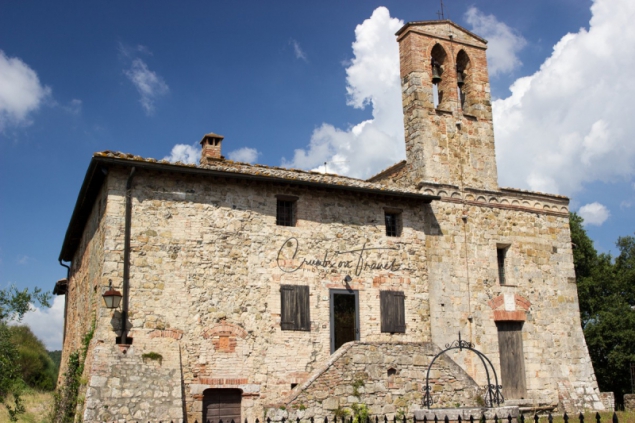 The flag is well-earned in my eyes as it is extremely clean, the residents are very friendly, there are nice little B&Bs and restaurants and the museum is a good source for Etruscan history. Also, there are events during the year (mainly in summer).

We parked outside the walls and had a walk inside the little castle or borgo. We didn’t stay too long as we were on the way to the hot springs, but there were two tourist buses coming up when we left. We were lucky because we were nearly alone in the place during our stay.

I recommend stopping by for a short look and walk or even better for a nice little lunch break and a walk through the museum. Nearby there are also a lot of little churches to visit. 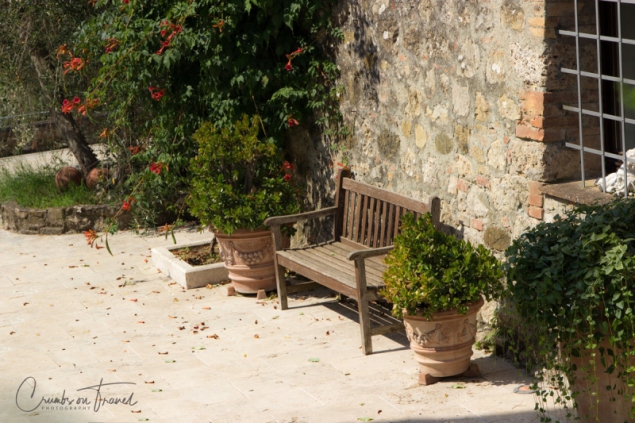 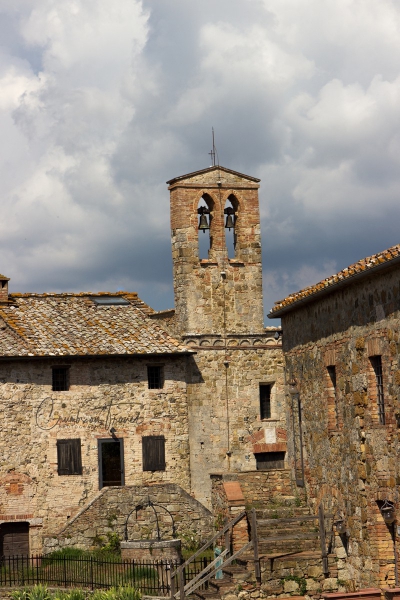 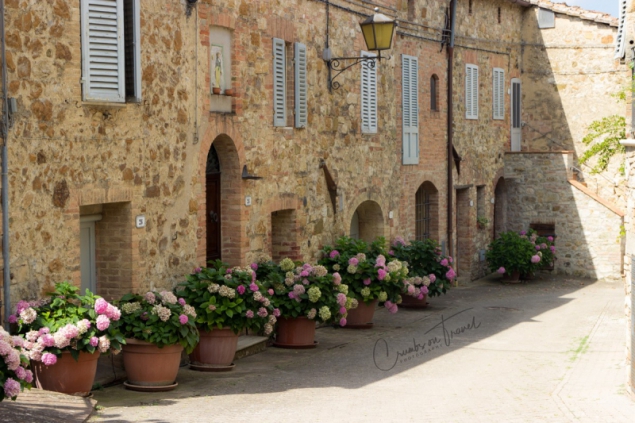 For further information:
About Murlo

Thermal Bathing at the Terme di Petriolo in Tuscany
Living in a Cocoon – Walled Buonconvento
This entry was posted in Europe, Italy, ON TRAVEL, Tuscany and tagged val di merse. Bookmark the permalink.