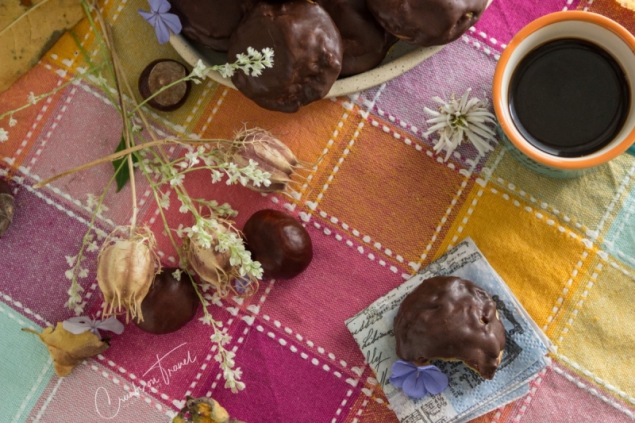 Jaffa cakes I have known in Ireland. The first year I came to live here I discovered them one day on the shelf of my favorite store. And they ended up in my shopping trolley/cart. Back in the car I opened them immediately and after the first bite I knew: I have a new favorite cookie. They soon became my absolute comfort food.

Then years later I found out that I was highly gluten intolerant. No Jaffa cakes anymore. And I missed them like I (still) miss pizza. BUT: the good news is that all can have a healthier version. And that’s why I finally made some paleo friendly Jaffa cakes. 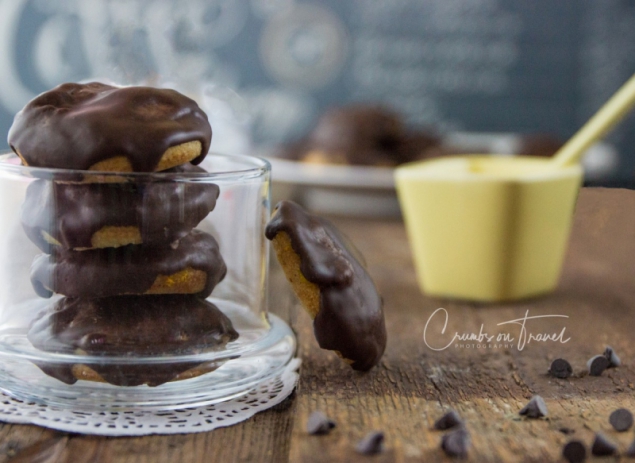 I did a second version with a sponge cake base. I like both versions, though they are very different. The sponge cake is more like the original Jaffa cakes with a light cookie base.

I like oranges very much in winter and the orange season is soon beginning, but this time I wanted to try with lemon. So I made a lemon marmalade, also with only half of the sweetener (I used raw honey) of what her recipe recalls. The chocolate chips for coating I mixed with just enough coconut oil to make the chocolate a little more fluid, this way it is easier to cover the little cookies or cakes.

I gave some to a friend to try and he liked them very much, even the sweetness, and he is not paleo at all. 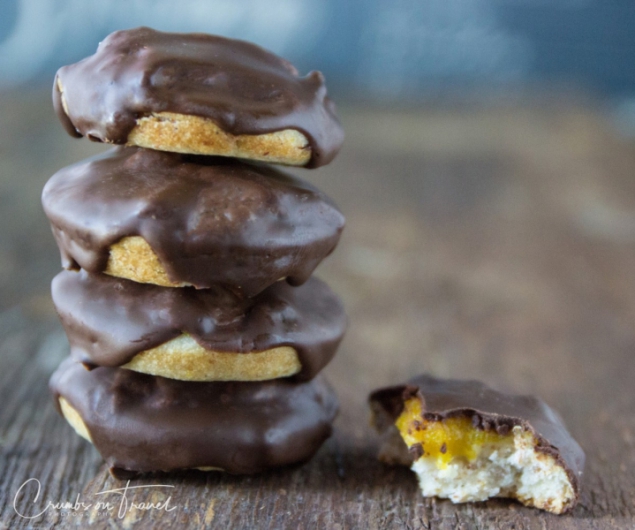 BTW: Jaffa cakes were invented by McVitie and Price (British snack food brand) in 1927. A sponge cake with a layer of orange flavored jam and the upper part coated with chocolate. The name Jaffa refers to the Jaffa oranges. As ‘special edition’ there are Jaffa cakes with lemon or lime, strawberry or blackcurrant jam. I tried the blackcurrant and lime/lemon ones and liked them, too. Strawberry I am sure I would not like that much as the fruit for me should be more ‘bitter’. That makes it so good with the chocolate. 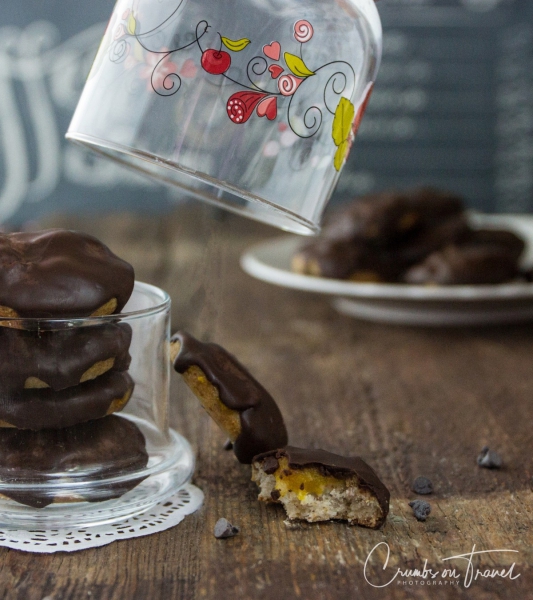 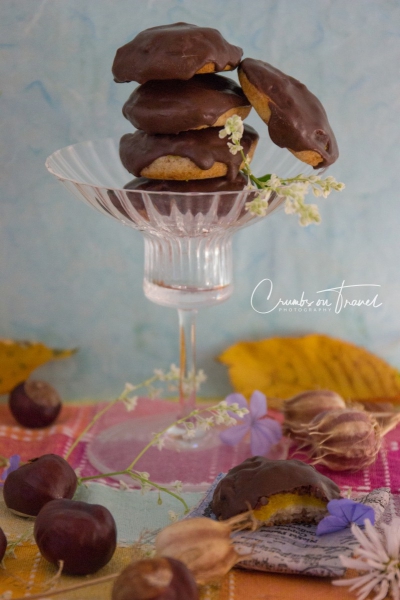 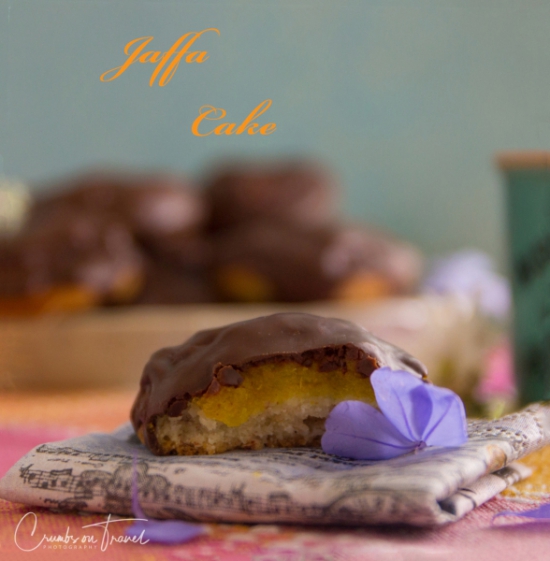 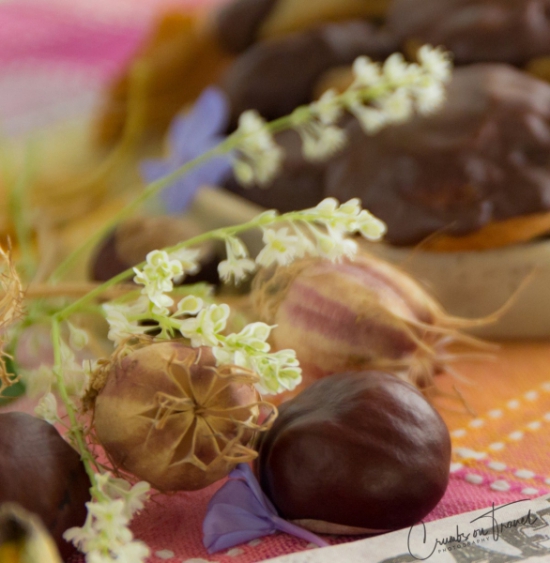 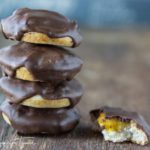 Jaffa Cakes
Ingredients
For the cookie base:
For the marmalade:
For the coating:
For the sponge cake version:
Servings: cookies
Instructions
Recipe Notes

Try the marmalade with Jaffa oranges (or others). Be careful with the sweetener, oranges naturally are sweet. I would omit any additional sweetness.