Thermal Bathing at the Terme di Petriolo in Tuscany 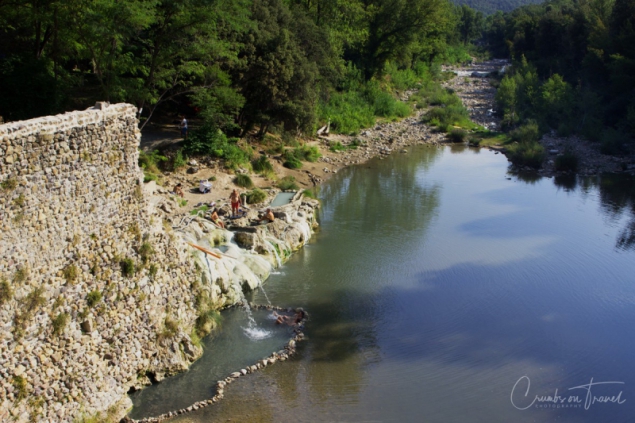 Sight-seeing is a great thing when you are in a historical place, but you also need to do some different stuff. That’s why I thought it would be a great idea to visit one of the free baths in Tuscany. The nearest and easiest to combine with Pienza or San Galgano was the Terme di Petriolo.

The bath is situated at the river Farma, just a 20 minutes drive out of Siena and around 80 km/50 miles south of Florence in the Merse Valley. In the same valley you find San Galgano and Murlo, places I visited as well. The place is immersed in a forest with an opening to the river. Parking is possible along the narrow road. 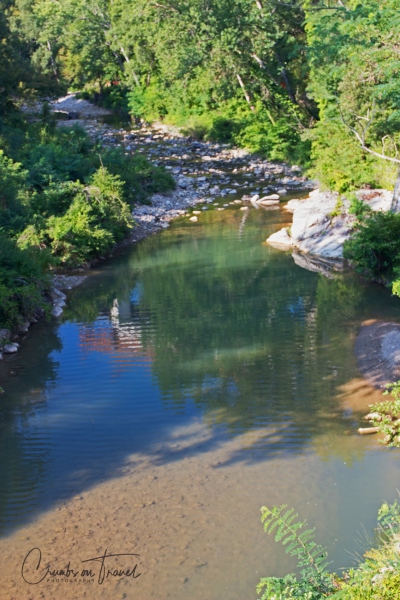 Historically the thermal water was already known by the Etruscan civilization. Romans continued to come here and cure many kinds of health problems. Cicerone was here for example. But also later popes and the Medici and Gonzaga families knew how to feel better just lying in the more than 43°C/110°F hot water that is coming out between the rocks.

In the 13th century the establishment was rebuilt and came under the administration of Siena. That was the time they built a fortress to assure the health-seeking patients a secure stay. In the 15th century they constructed the first bridge over the river (today there are two: a narrow road and very high and a little further the highway). Pope Pius II was one of the most famous visitors here. The water is great for skin, respiration and the joints.

Today there is a modern thermal bath construction with modern facilities. 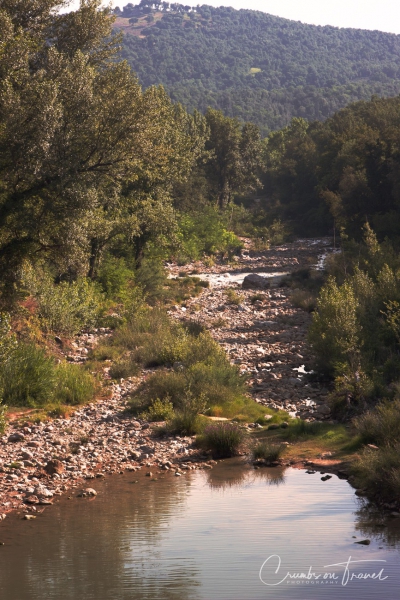 We were in the middle of the wild at the river, right outside the modern establishment. Here are some man-made ‘bath-tubs’ right in the river, where the hot water is collected and not flowing immediately into the river. You can sit in the hot water tubs, but also in the river itself (it was not deep at all). I was sitting for a long while under a hot waterfall.. so great and relaxing! It is a quiet, all but crowded place, perfect to relax, inhale some sulfur and getting a waterfall massage while sunbathing, too. For us it was a great break in a scheduled sight-seeing day. 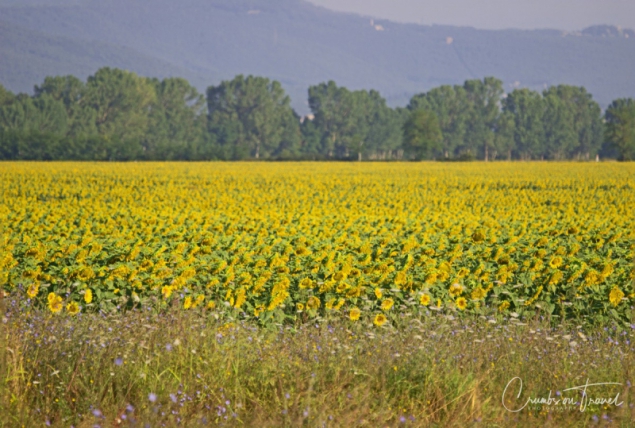