A Visit to Luchino Visconti in Ischia – La Colombaia 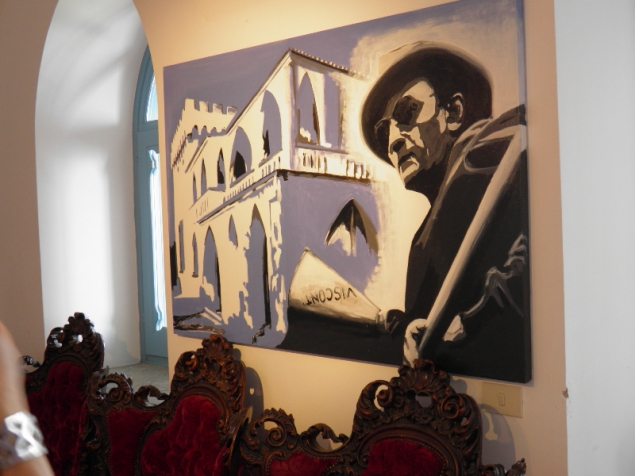 We all know him, he was one of the greatest artist ever in cinema: Luchino Visconti.

In Ischia there is a museum in his once own villa: La Colombaia. It is hidden in the forest at Zaro at the north west side of the island.

As I have a very good friend there working I wanted to go and have a look. I was happy to find it open because it was already November and closed officially to public. What I found astonished me a lot. And I asked myself why I haven’t been here before? 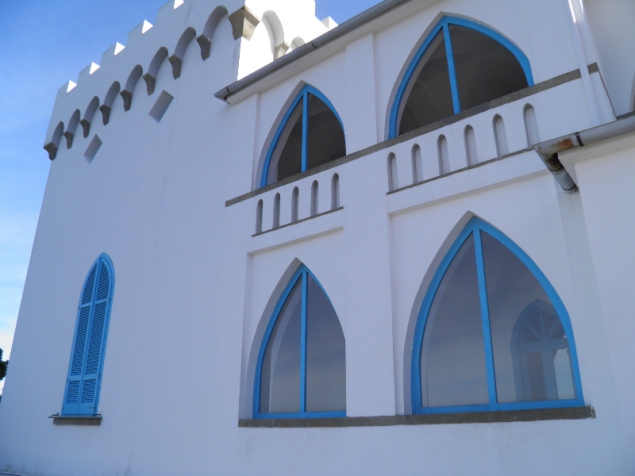 But first some words about Visconti’s life: He was born in 1906 in Milan into an aristocratic family. His real name was Luchino Visconti di Modrone, Count of Lonate Pozzolo. From his parents he got the love of music, theater and literature. Already as a child he learnt to play the violin and read all classic books he could get into his hands. As a young man he became a soldier and later went around Europe. He stayed a longer time in France, knowing Jean Cocteau, Coco Chanel and worked as an costume assistant to Jean Renoir. He met Giacomo Puccini, Arturo Toscanini and Gabriele D’Annunzio back in Italy. But already in France he formed his political ideas and joined the Italian Communist Party during the second world war. 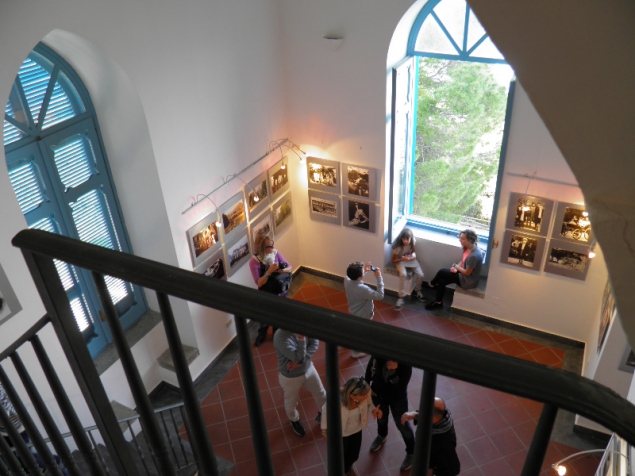 His filming career began with Jean Renoir in the movie ‘Partie de Campagne’ and ‘Toni’ (1936/35). A short visit to Hollywood and friendship to Roberto Rossellini followed. In the ‘salotto’ of Vittorio Mussolini (Benito Mussolini’s son and national arbitrator for cinema and other arts at those times) he met Fellini. With Giovanni Puccini, Antonio Pietrangelo and Giuseppe de Santis he wrote his first screenplay and directed then ‘Obsession’ in 1943 (‘Ossessione’). 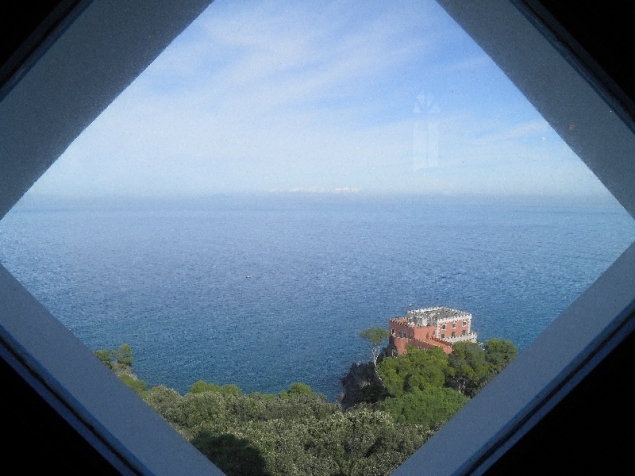 He won a Golden Lion, a Silver Lion and a Golden Palm (Palma d’oro).

He was also a great theater and opera director. For 14 years he was directing many performances of the Rina Morelli-Paolo Stoppa Company and actors like Vittorio Gassman. But also the great opera singer Maria Callas. He worked as well for many other Opera Houses in Europe. 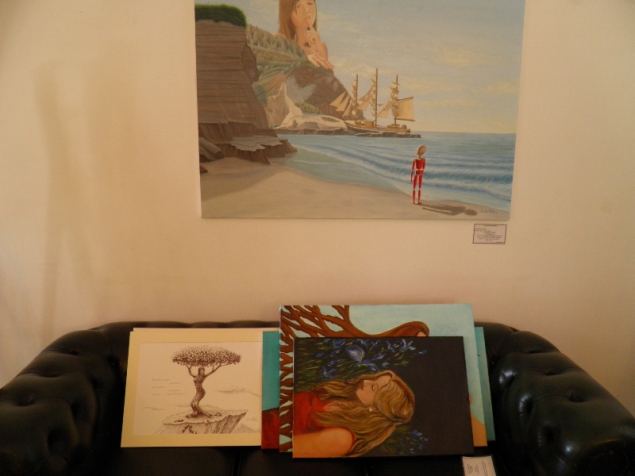 His private life was also well ‘moving’. He has gone to live in Rome after the death of his mother in 1939. Here he was an active member of the Communist Party which he ‘payed’ with an arrest and torture.

He was homosexual and talked openly about it. Famous lovers were Franco Zeffirelli, another great Italian film director and still alive and active, and Helmut Berger, an Austrian actor, also still alive.

In 1969 Luchino Visconti had a stroke from which he died at age 63. 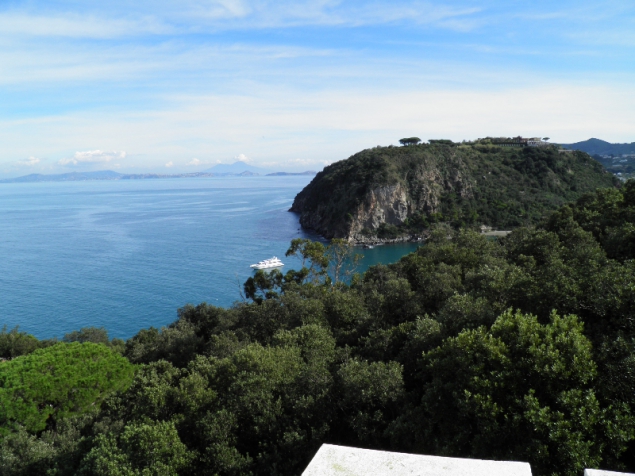 La Colombaia is a villa at the very north west of the island Ischia and part of the parish Forio. It is surrounded by a great natural forest and the view on the Mediterranean Sea is breathtaking.

The structure was built in the end of 1900 by Luigi Patalano, a son of a rich family from Forio. In the villa he had well-known people as guests. But Luigi Patalano had to sell the villa around 1938 which had gone to the count Fassini. 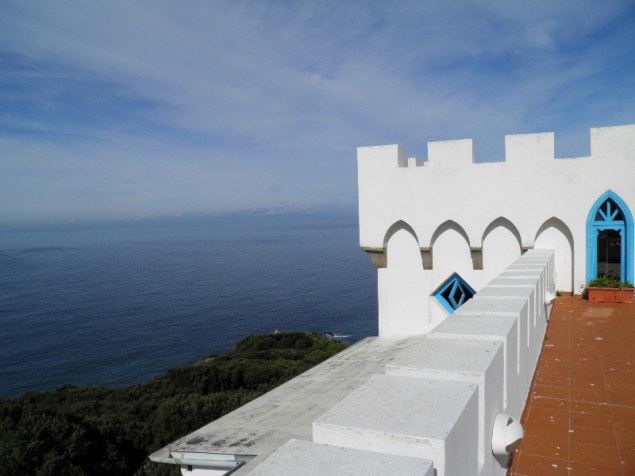 Luchino Visconti spent a lot of time and holidays on the island for many years and in the end of the 50th he finally was looking for an own house. He found the Colombaia and was persuading the count to sell it to him.

Finally he got it and started to restore the whole structure which earlier had lost a lot of his original splendor. His famous friends came over as guests and especially in the sixties Ischia was one of the most frequented islands for rich and well-known people (today they start to come back!) 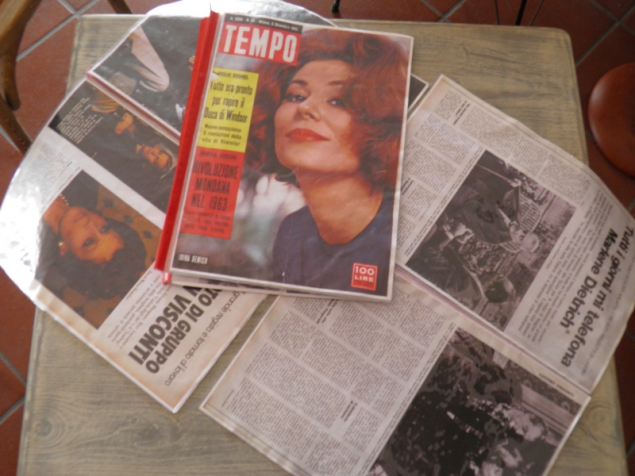 After his death the villa fell in decline and only in the 90s the parish of Forio could buy the structure. So they started a long restoration. A foundation – Fondazione Colombaia – is the revival of the villa. 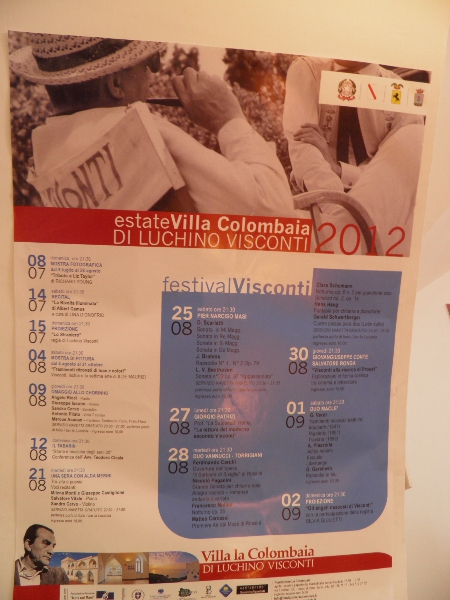 Today it presents a museum with more than 300 images and costumes. A rich collection that gives a good idea of the life of Visconti. 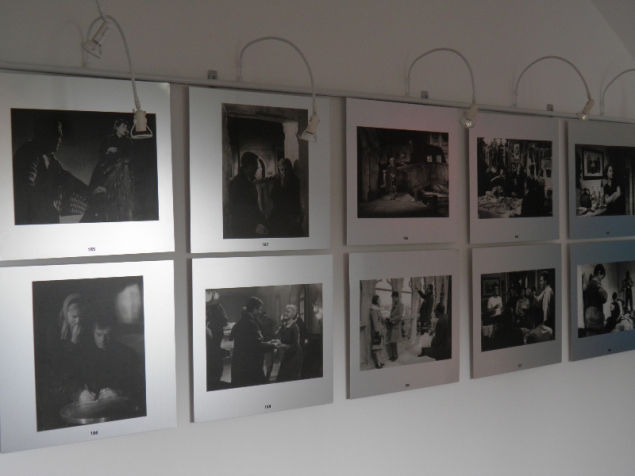 The Café Letterario is a cafeteria like it would have been in Visconti’s times. Nice, cozy, en vogue and with a lot of readings like old newspapers talking about the director.

They offer a few events every year like the Visconti Festival with movies, literature and concerts.

The Colombaia is open from Mid April to November from 10 to 13 and from 15.30 till sunset. 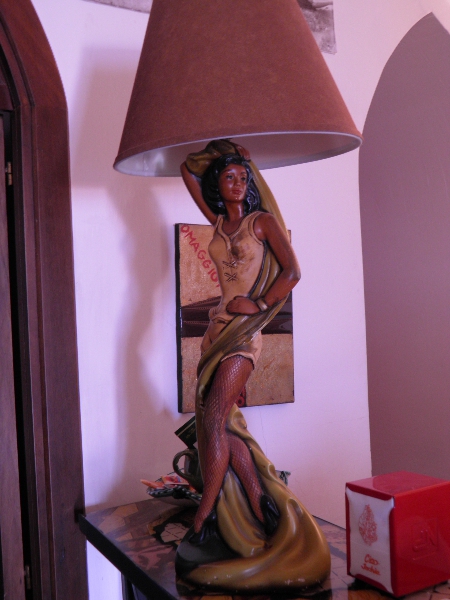 I stayed a few hours there, had a great look around, some shots with my cam and a great, great chat with my friend. I would like to go back in summer when there is the Visconti Festival!

N.B.: The villa is currently closed!

A Walk in Forio at the San Vito Festival
A Scooter Tour on the Island Ischia
A Surprising Place – Casa Museo in Serrara Fontana
This entry was posted in Campania, Italy, ON TRAVEL and tagged Forio. Bookmark the permalink.