A Treat of Art, Creation and Yummy Cakes: Manor Görtz 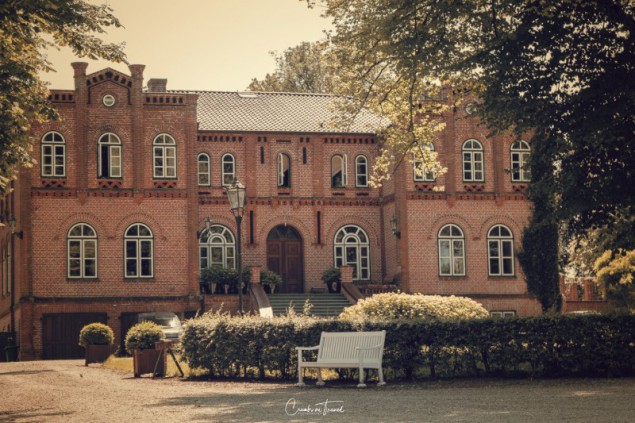 Still a private home, the manor Görtz is a great place where to pass a whole afternoon to relax, to discover the many little places with art and decor, to savor the yummy cakes or just watch your kids playing on the special playground.

It was serendipitous that we happened to pass at the manor. We were on the way to Fehmarn and just were passing it. I turned back to have a look and I am glad I did so. 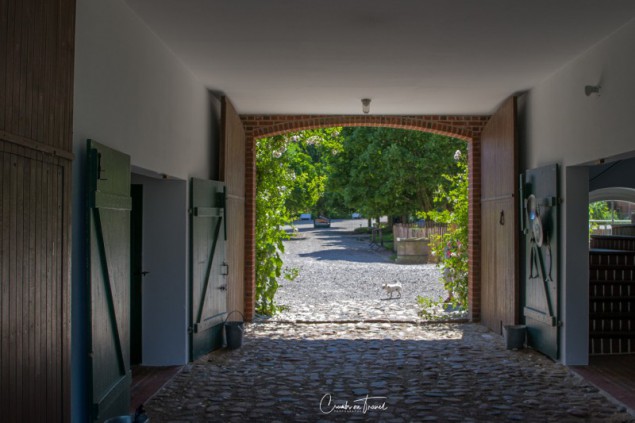 In the place of the manor/estate/grange once was a Slavic village, mentioned already in the 13th century. It was called Gorseke – that’s what the name of the manor comes from. A man named Eckart von Goertze was mentioned in 1344 in a paper. Since the mid 16th century it changed several times the owners and today it is still in private property. The family even lives on the estate.

The main house was built only in 1860. It’s brick architecture with a higher first floor and a second. The facade is Gothic Revival. 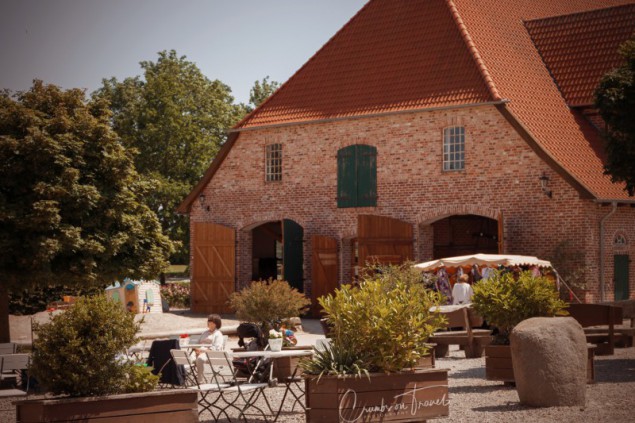 For running such a big place the family did a really good job: the place is open for everyone and offers especially for families a great leisure place. Children can play in many places, learn about the farm life and much more. For adults there are many little shops with handcrafts, art, an art gallery, a wine cellar, a restaurant and a farm cafeteria with incredible yummy looking cake and ice-cream. Here you find also a collection of old farm equipment. 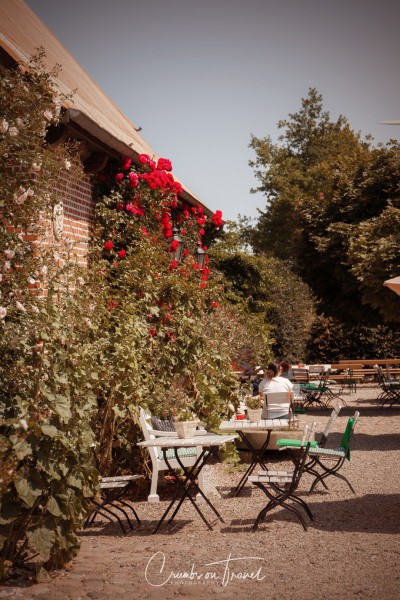 We ‘happened’ there on a sunny hot summer day in the early afternoon, perfect for a coffee and ice-cream with a fruit salad. We sat in the sun outside in the patio and enjoyed the calm and peace. We had also a look into the many little (and one big) shops and store. We stayed longer than we planned, maybe two hours, just relaxing and taking in the atmosphere of being in an old place, another world. Definitely it shows a very nice part of northern Germany as there are many places like this. I know a few of them thanks to Christmas and Easter markets.

If you have the chance to go to some estate for a fair, antique market or just having coffee… don’t miss it! 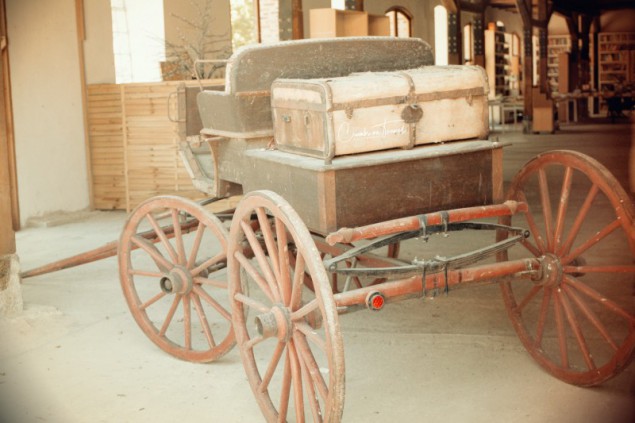 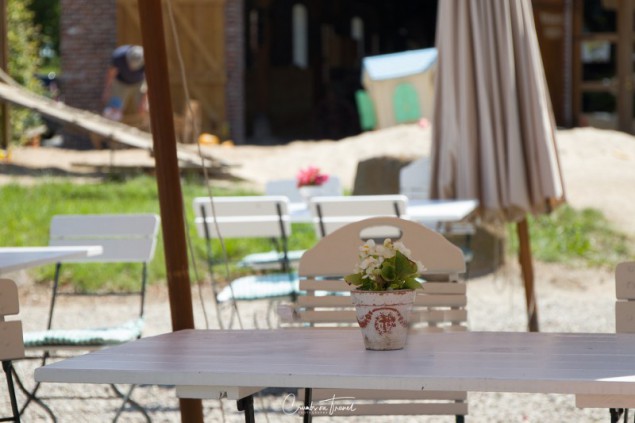 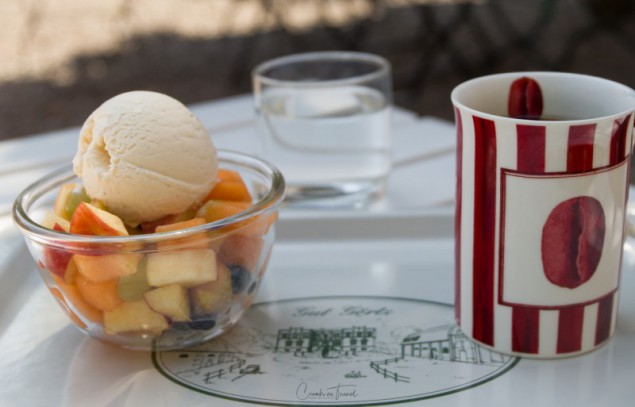 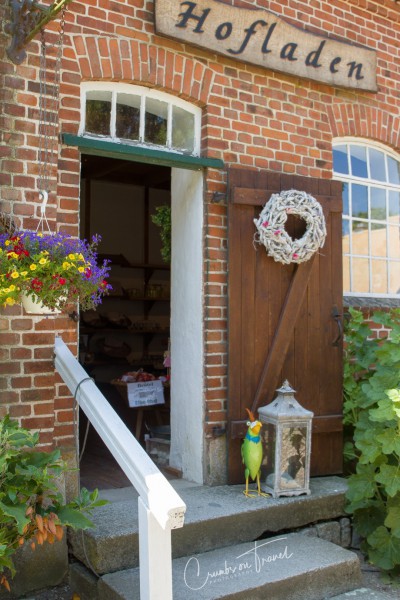 Opening: from mid April to mid October, 11 am to 6 pm, Mondays closed

Horse Breeding, Arts&Crafts and a Guest-House - Panker Estate
This entry was posted in Europe, Germany, ON TRAVEL, Schleswig-Holstein and tagged manor house schleswig-holstein. Bookmark the permalink.