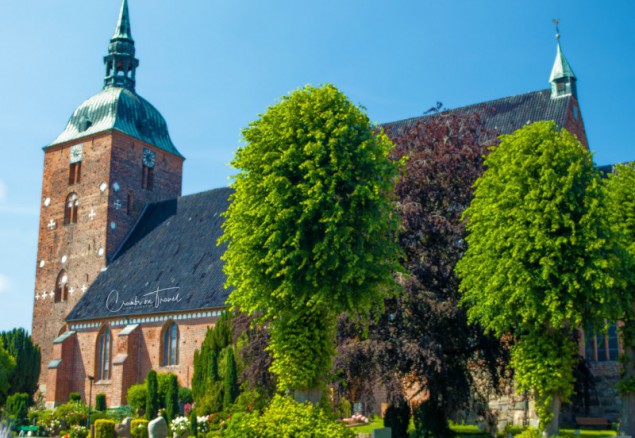 Sometimes I like to explore my childhood and the places where I lived. So this summer I thought I will do two things in one: show my sweetheart a typical northern German island and have a look into my childhood. We visited the small island Fehmarn in the Baltic Sea.

As a child, I lived in several places due to my father’s work. One of the places was Fehmarn, the third biggest island in the Baltic. We lived in Puttgarden then, but Burg is the main town. Here we had a look into the old church of St. Nicholas near to the local museum and the pastor’s house. 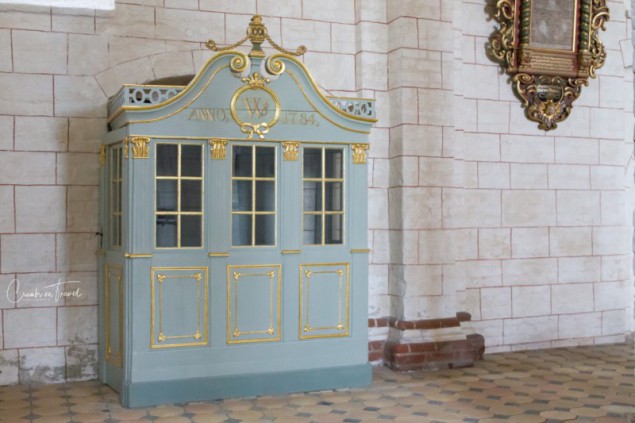 The church is a hall church, a nave with side aisles of the same height under one single roof. The protestant church was built around 1230, an exact date is unknown. The oldest part of it was built in the Romanesque-Gothic style, seen for example in the bay and in the tracery. The church is dedicated to Saint Nicholas as the patron saint of sea travelers and grain sellers.

In the 15th century the church got a new ‘dress’ in the late Gothic architecture style. In the beginning of the 16th century there were some additions like the ‘likhus’ (mortuary) which today is used as the sacristy, a sixth bay was added and the ‘Garwekammer’, a room where the liturgical instruments were kept. On the south side there is a spiral case of the 15th century which I haven’t seen. The bell tower was also built in the same period and was finished in 1513.

The church was refurbished twice in the 19th century. The painting on one of the columns is from 1846. There are two baptismal fonts, one made of stone with simple carvings as decoration was re-discovered during excavation work in the last century, and another hexagonal bronze baptismal font from 1391, donated by the Bishop of Västeras in Sweden. This one comes from Lübeck and can hold 195 liters of (holy) water. The main altar is from the 14th century. The organ is the youngest part, from 1975, and with 31 register (organ stops).

The church’s ceiling is between 9 and 11 meters, the length is 51 meters and it’s width is 18 meters. There is a little cemetery around the church. 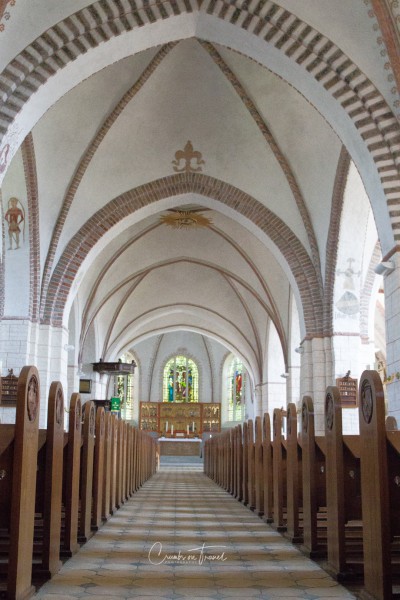 We visited the church inside and outside we found some more information boards, written even in English. Nearby there is the local museum, a beautiful old building in the wood-brick-architecture. The other big brick house is the pastor’s home.

It is a good start to visit the little town of Burg which still seems from the sixties to me. Old houses, a lot of nice little shops in the center and a lot of restaurants where you can sit outside and enjoy your meal. I really enjoyed the place! 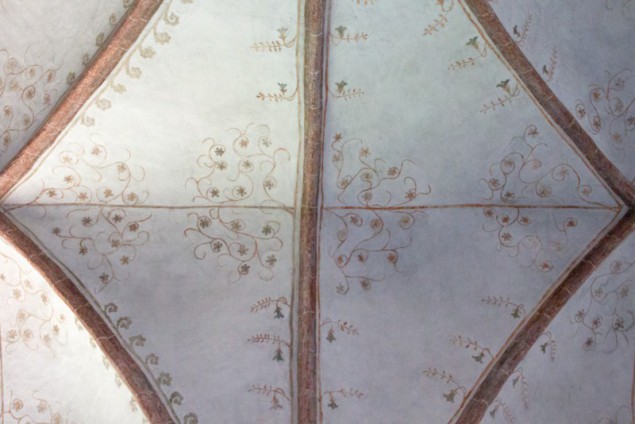 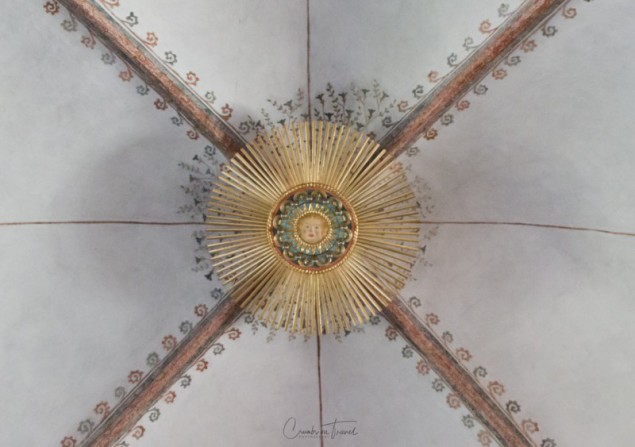 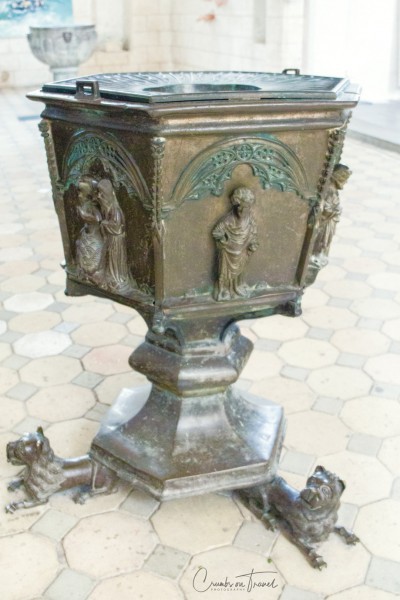 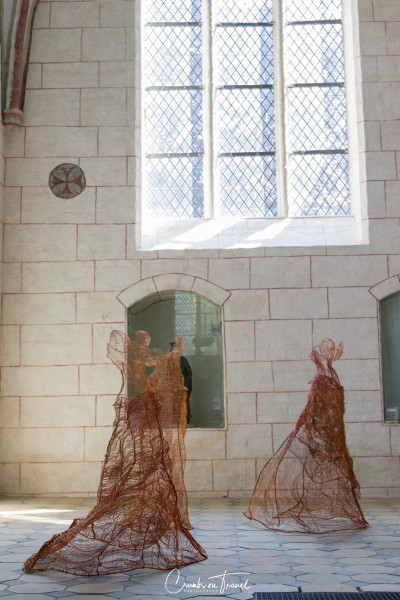 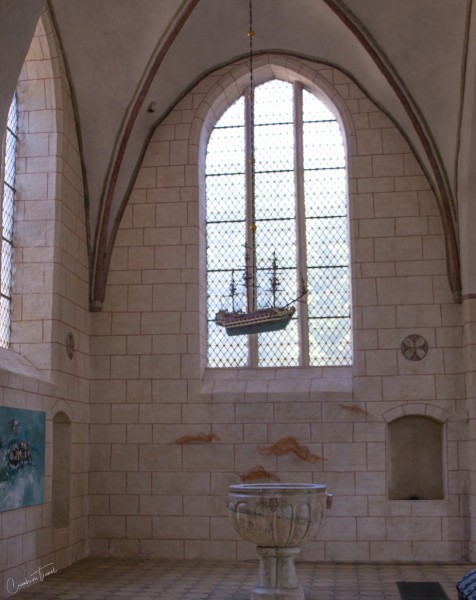 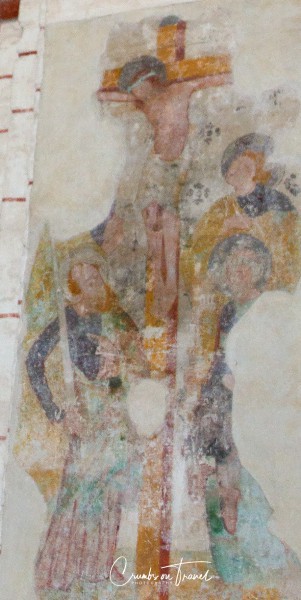 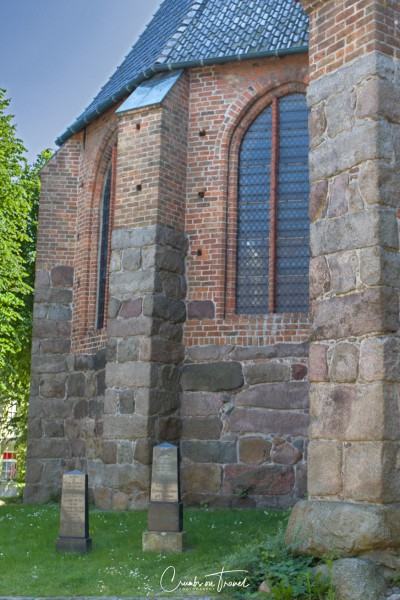 Open: from April to October between 10 am and 4 pm

Borg up Fehmarn and the Invisible Castle
This entry was posted in Europe, Germany, ON TRAVEL, Schleswig-Holstein and tagged fehmarn. Bookmark the permalink.

2 Responses to Visiting the Saint Nicholas Church in Fehmarn