Visiting the Sistine Chapel of Abruzzo 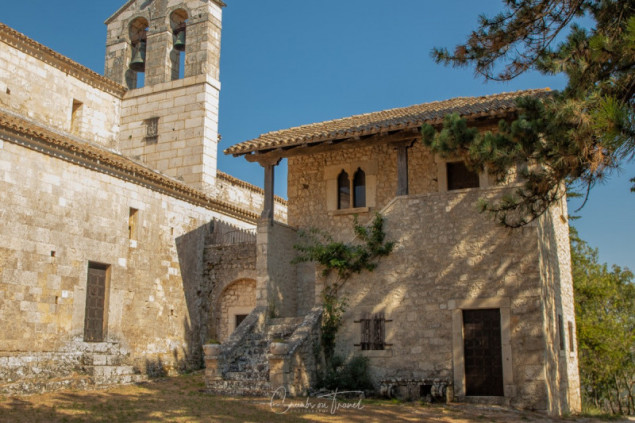 Many times I just drive around and ‘find’ something interesting. Most of the times it is something I saw or read on the Internet. Very rarely I actually know something about the place I explore BEFORE I do so. The chapel of Bominaco is something like that. I saw pictures, thought that could be interesting and ‘bang’ – it is even the Sistine Chapel of the Abruzzo. 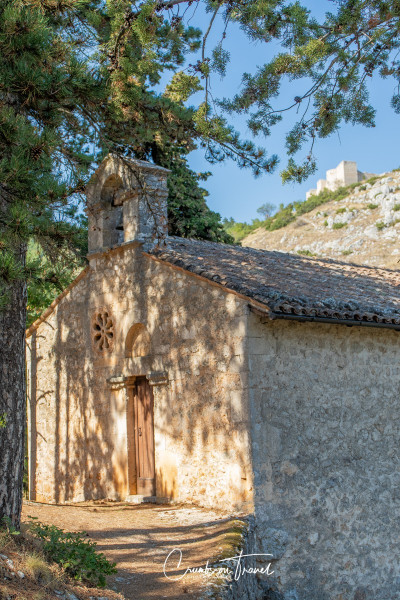 Bominaco is a little village with less than a hundred inhabitants. It is located pretty high in the mountains (1.000 m above sea level). Today the little ‘lost place’ is famous for it’s two Benedictine churches: Saint Maria Assunta and Saint Pellegrino. Both once were part of a monastery.

The Church of Santa Maria Assunta is a Romanesque church. The monastery was founded in the early Christian period, in the 3rd and 4th century. Saint Pellegrino, a saint from Syria (I couldn’t find anything about him, even looking up multiple languages), was buried here. He was killed in Bominaco.

The church we see today was founded in the 12th century. There are different dates on door and pulpit but they both refer to some other events. The architecture is Romanesque with three naves and three apses but inside it presents a Baroque style. The church looks clean and simple, no rich decoration. Outside some windows have beautiful frames, though.

Inside it looks simple, there are some paintings along the walls. The columns are interesting as they all look different as they are re-used columns. Impressive is the very high candle-holder and the beautiful worked ambo. I didn’t take pictures. 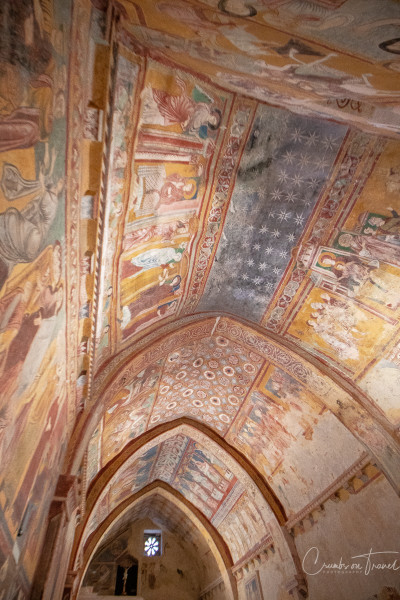 The second church is ‘the one. From outside pretty simple, just aside the main church. Walking around to get to the main entrance we have a look on the castle on the top. It looks interesting as well.

The little Saint Pellegrino church has a nice entrance like a portico with columns and a paved floor. When the little door opens (on the back side is another one, smaller and surely for the priest) and the light goes on inside you will have an absolutely wow-moment.

The oratory is part of the old Benedictine monastery of the Carolingian era. The number ‘1263’ on the top of the backdoor where is also a little bell-tower, indicates the year of construction. It was commissioned by the abbot Teodino.

The small church (18.7 m x 5.6 m) is filled over and over with the most colorful and amazing frescoes from the 13th century. There is a little half high wall dividing the space in two, I guess the backside for the monks, the front side for lay visitors.

We could sit on a bench and admire for a short time the beauty of this amazing place. Faux curtains, the life of Christ, the Passion, life-stations of many saints (also Saint Pellegrino), the months of the calendar even with zodiacs. It is thought that there were at least 3 artists involved, names are unknown. Here finally I decided to take some pictures.

We were the only visitors that moment but came clearly after another couple and when we left there was another one. The place is open to public but you have to call the custodian to open. He walks with you and tells you some history of the place. He also explains a lot of the amazing, colorful paintings in the Saint Pellegrino oratory. We offered for the guided tour as all is at no cost.

We have not been to the overlooking castle unfortunately. I think there is a great view on the whole landscape around. The Medieval castle dates back to the 12th century, was destroyed in 1424 and rebuilt by the feudal lord of Bominaco Cipriano da Forfona.

Days before I saw pictures on the Internet and made a note that I would like to see this place one day. Then it happened we were in the area and so we tried and succeeded to see the church. I would super recommend this place, maybe best around November when the saffron crocus will be harvest here on the Navelli plateau. 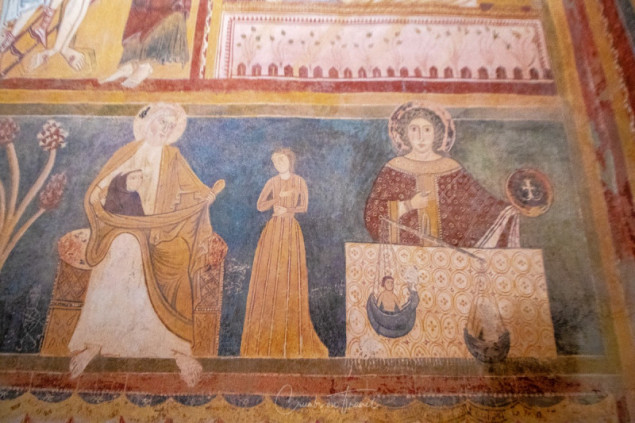 For further information:
Abruzzo Tourism
They have their own website, in case you want information for visiting times, how to arrive and more

Lakes and Waterfalls in the Caves of Stiffe
Artificial Beauty – Lake Barrea in the Abruzzo Mountains
Pescasseroli – Bavarian Village in the Middle of Italy
This entry was posted in Abruzzo, Europe, Italy, ON TRAVEL and tagged abruzzo. Bookmark the permalink.