The First Summit of the Brand New Paleo Association of Italy 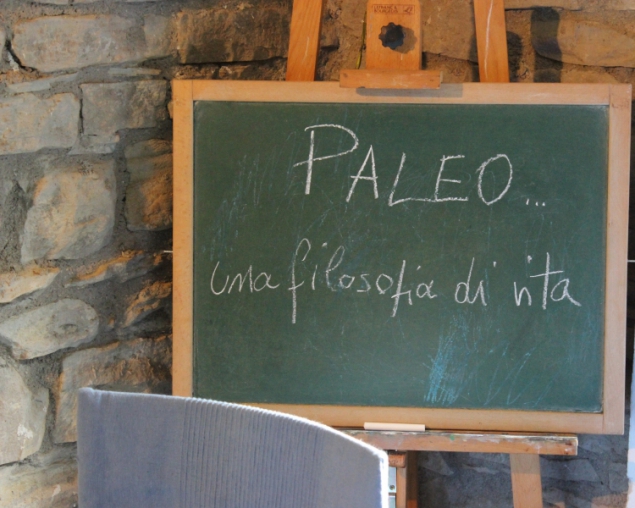 I am a proud co-founder of the Italian Paleo Association, the Associazione Paleo Italia. It is the official place for everyone who is paleo or who offers paleo-friendly surroundings, meals, supplies and more.

So last weekend there was the first summit of the association and we had a really great day. 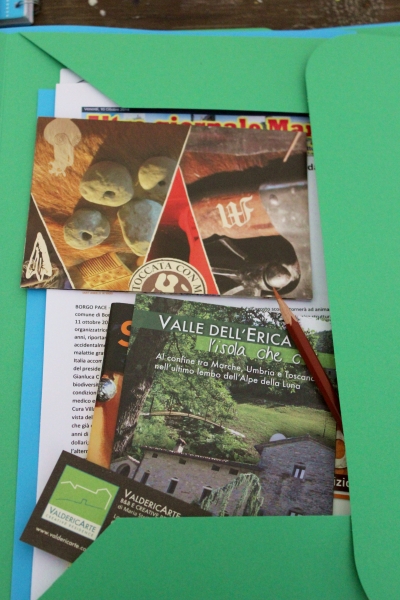 In Italy the paleo diet is – like in whole Europe – just on the way and still not so much known as like in the United States for example. But: there is already a good amount of people who tried this way of nutrition and cured for example their autoimmune diseases. And these people often started to do a better research and make this public in their own language- as there is a lot of reading in English but not everyone is practical of the language. 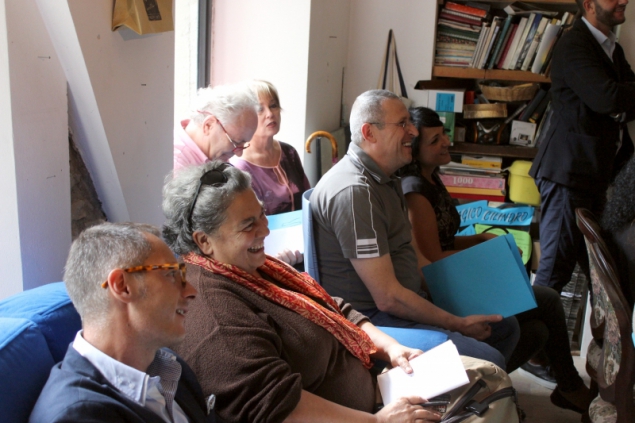 So at around 3 pm people were arriving at Valdericarte, Borgo Pace in Le Marche. Around 20 curious men and women, young and of a certain age, with health problems or apparently none. The space was limited and more people could not participate – this time.

As guest talkers we had four people: a anthropologist, a biochemist, a blogger and a cardiologist.

Then there were time for the four speakers, testimonials and more. 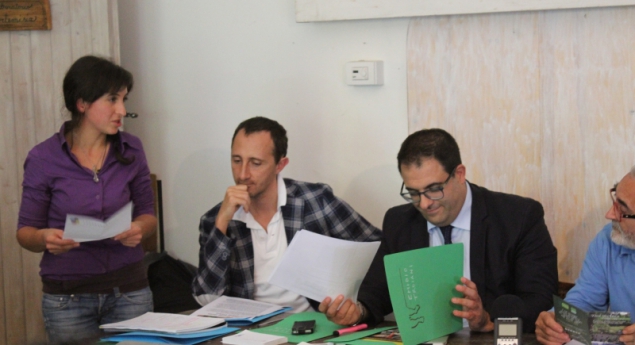 First was Massimo Pandolfi, an anthropologist. He talked about ‘once upon a time’, the extensive period of the paleolithic and the human diet evolution. He has a great knowledge about how the first homo sapiens lived and for example how indigenous people today still live. It was so interesting to listen to him that I had another looong talking in the late evening and discussing how people have changed, if our genes changed and more. The evolution in any case is much more slowly than we think. 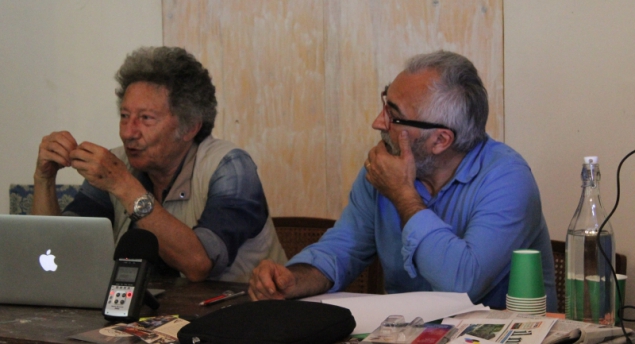 After his long talk there was the time of Paolo Antolini from Venice. He is a biochemist and talked about how people in Italy come to the paleo diet. Many start to eat as our ancestors because they want to be much better in sports. I think sportsmen are the persons who are the most interested in diets to get more energy and better results.

But he talked as well that once he had psoriasis, an autoimmune disease showing up on the skin. So he cured himself just with this way of eating. And he did a lot of research. So he later started to help other people as consultant getting thousands out of their skin agony.

He wanted to underline how important the relation between food and diseases is. The efficiency of real, healthy food is 94 % more than medicines. He has a group of more than 7.400 followers. For him it is important not to follow a strict paleo diet but to be conscious of what anyone eats and that it matters especially when there is already a disease. He believes it is like “taking the own life in the own hands”. 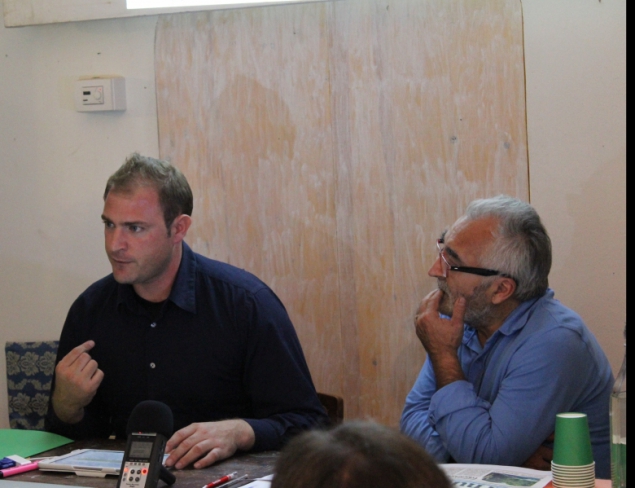 The following speaker was the cardiologist Emidio Troiani of San Marino. He talked about the high percentage of cardiovascular diseases and death in the modern world. He pointed out than in only 250 generations (the time agriculture came in our life and only in the last 100 years being fully dependency of grains and sugar) our chromosomes are equilibrated only a little. The meat is not our enemy but the additions. And that it is the same with the grain which today is all modified. A while and we all die because of heart diseases 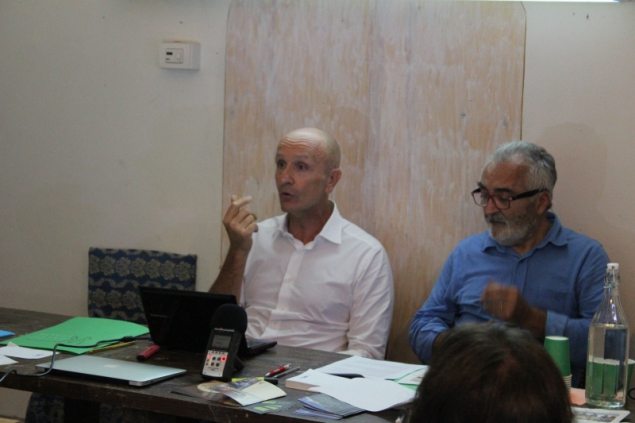 The last speaker was a blogger, Leonardo Rubini. He said a really good word: the paleo diet is not a diet but a choice of life. Because it takes a lot more than only eating clean and lean. Exercise is an important component as well. He talked about his own experience as he had a heavy gut problem and a long story with physicians behind before he cured himself just by changing the diet. He made another very clear point: vitamin D. We are all insufficient, he says, because we are all the time out of sun and anyway mostly covered up with clothes. Protecting us from sunshine. There are ways to eat vitamin D but nothing is better than the sun. And with enough vitamin D we will even not burn anymore so easily. A guest-man – cyclist – told me later since he changed to the paleo diet 8 years ago he started even tanning and without burning anymore.

Leonardo doesn’t think that a graduate ‘slip’ to the diet will really help. It should be a straight decision. And: best to try with the whole30. Just one month to try out a clean paleo diet and then turn back in case the paleo is not the right way of eating. Yes, because there are people which doesn’t go with the diet and should do what everyone should do: listening to the own body what he really wants and what better not. 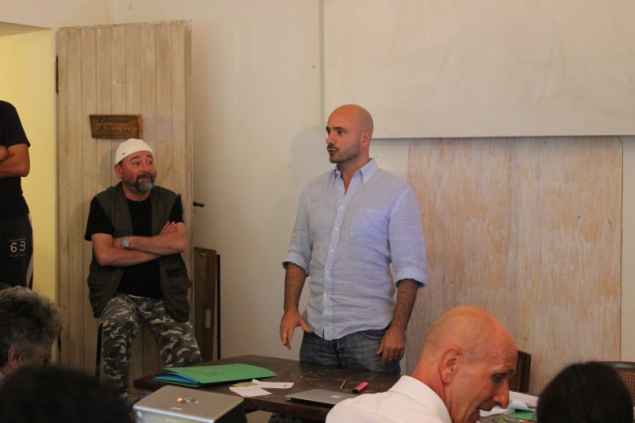 In the end there were several questions by the listeners. Among the audience were people with health issues, sportsmen, farmers and just curious ones.

Later we had all dinner, strict paleo with a paleo Sacher cake as birthday cake for Leonardo Rubini. We had more talks here, a lot of discussions, a few young women talked about their experience at the Paleo Day in August and how much they were enthusiastic about it. Not all at dinner were paleo diet followers but all loved it. And it was definitely divine!

For me it has been an extremely intensive and interesting day. I learnt a lot more I didn’t know before and heart some I already knew. But most of all I liked that none of the speakers and experts ever tried even once to tell the audience to change their diet. It was all just talking about experiences, success stories, research and studies. And at least one of them said the rightest thing: every person is different and has to find for oneself the right way to eat and live. And maybe live the consequences as well.

I hope I will have the possibility for many other summits like this and wish a great future to the Associazione Paleo Italia!!! 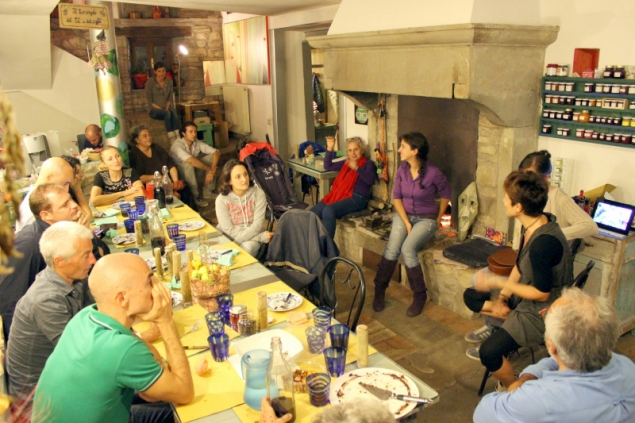 At the 4th Ancona Art Salon with Italian Artist LuBerti
This entry was posted in events and tagged b&b valderica. Bookmark the permalink.