The Dream of the Duke 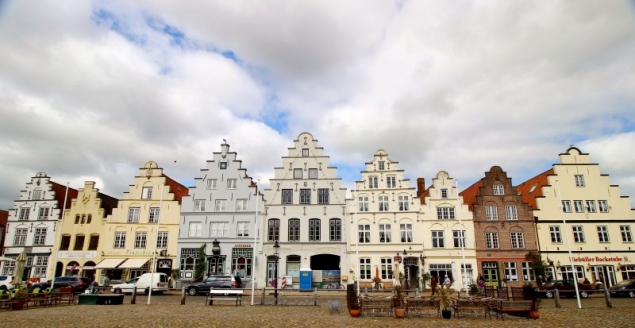 As I was for a weekend at my friends place in Bergenhusen we visited the nearby town Friedrichstadt. The town is a little similar to Amsterdam with its many canals and the architecture.

On a freezing cold but very sunny late morning we parked our car just outside a canal surrounding the inner city. 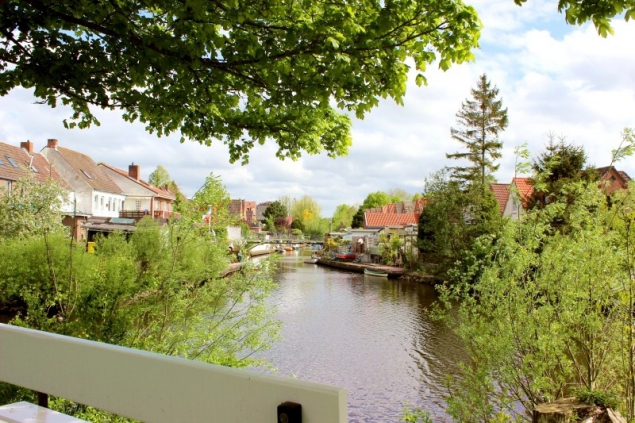 Friedrichstadt is a young little city with today only around 2.500 inhabitants. That makes the town very cozy and comfortable.

It was founded in 1621 by Dutch settlers who were invited for a new start here by the Duke Friedrich III of Holstein-Gottorp. He had a – for me – strange vision: he wanted to create here a trade hub between Spain, Russia and East India via Persia. I don’t judge but it seems to me a little out of the way.

Anyway he convinced settlers from the Netherlands by promising freedom of religion and of course marsh land. That explains why the city looks so Dutch. 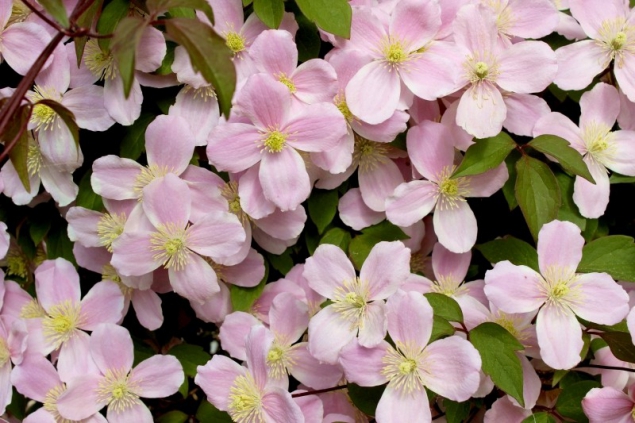 Official language was Dutch. Religions like Mennonite or Remonstrant were oftentimes outlawed and pursued, here they had freedom and acceptance.

Dutch people at those times were famous for their knowledge in trade and hydraulic engineering. The planned community grew slowly, always new Dutch people arrived, same ‘haunted religions’. The Duke tried to convince some Spanish Jews to settle here as well as they were known to be extremely educated and great in trade. But Spain stopped it. 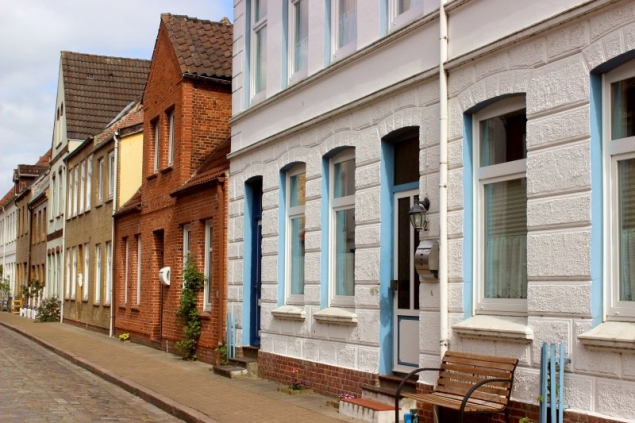 Just 12 years after the foundation of the little trade city Friedrich III sent an embassy to Persia. I tried this way to put Friedichstadt as a European terminus. The project failed.

So the plan of Friedrich III of Holstein-Gottorp didn’t have a good outcome. Wars and quarrels, freedom of religion in their own country are some of the reasons people left Friedrichstadt again in the following years.

During the centuries the little town didn’t have any great importance and – I think that is hilarious – the number of inhabitants nearly never changed until today. 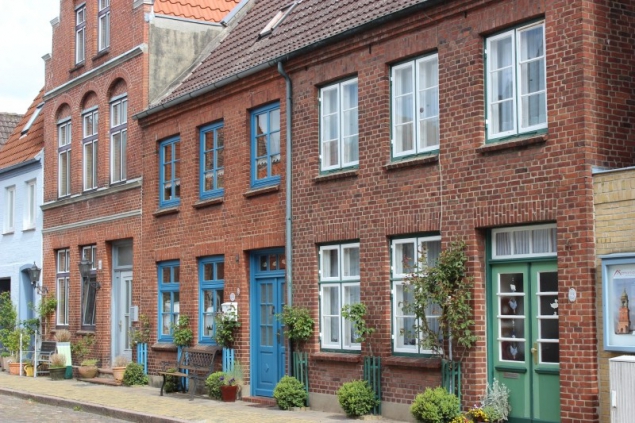 The lovely market place is still today the center of the city. It looks beautiful and is surrounded by a great typical Dutch and Hanseatic architecture with bricks. The houses are colorful and give the place a joyful view. 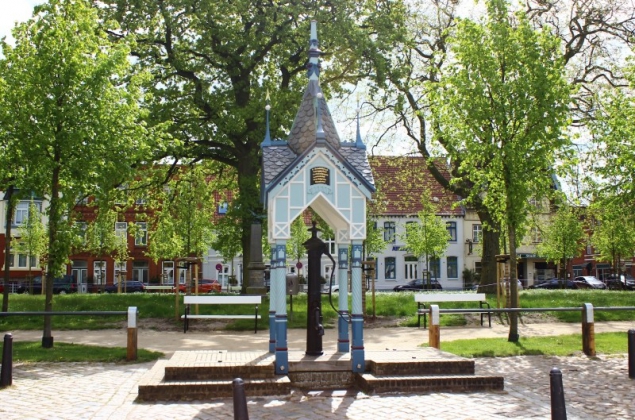 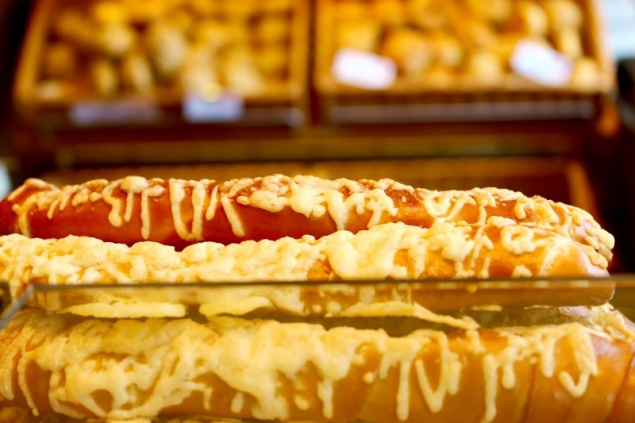 Friedrichstadt on this morning was freezing cold and extremely windy. But we had a wonderful walk in the center of the town. To get a little warmth we went to a cafeteria and had a coffee (me) and ice cream (my friends). That is the difference between people from the north and from the south: who eats ice cream even when it’s freezing cold outside, who needs a coffee instead.

The town center is small, we got back to the car crossing one canal and entering in a wonderful park. In summer this will be a beautiful place to stay outside, picnic or just walking in the evening lights.

I enjoyed the little town and think, living here must be wonderful as you have the feeling of a town but only 2.500 people around. In summer this place is busy with tourists who bring the world in.

For further information:
Website of Friedrichstadt (in German and Danish)

Ostriches Farming - South Africa in North Germany
Autumn Magic in the Arboretum of Ellerhoop
Weekend of Open Gardens 2020
This entry was posted in Europe, Germany, ON TRAVEL, Schleswig-Holstein and tagged Schleswig-Holstein. Bookmark the permalink.