The Black-and-White of Ostia Antica

The ancient sea port of Imperial Rome, Ostia Antica, is rich in mosaics. In the Roman period mosaics were a very common floor decoration, but also walls and ceilings were decorated with them.

I have seen many mosaics, floors and walls, in churches and in Roman villas. One of the most beautiful domus I have seen was in Piazza Amarina in Sicily. They are simply breathtaking. But I have to say that the ones in Ostia Antica were surprisingly beautiful and rich in details, too. 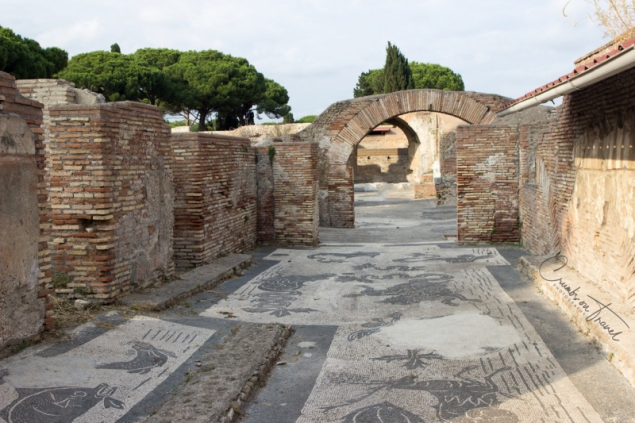 What is a mosaic? A mosaic is a picture made of many little pieces of stones, glass or even other materials. These little stones are called tesserae, if they are flat. If they are round, they form a pebble mosaic. We are talking here about the first type.

The first ones are known from Mesopotamia about 5.000 years ago (!). They were used in all societies. I saw them on Mount Nebo in Jordan, in churches in Cyprus, in Catharge in Tunisia and many other Mediterranean countries. I know they are also in India or Russian speaking countries. Still today, you can find mosaics even though they are not that much in use anymore. 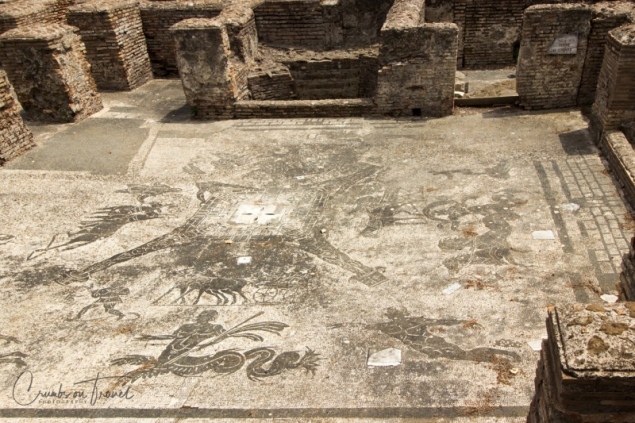 The mosaics in Ostia Antica are mainly in black and white and pretty much everywhere. The colorless mosaics are maybe because people living here were merchants, workers, well, the working class. Very impressive is the ‘Piazza delle Coperazioni’ (right behind the theater) with its 61 shops and offices, every one has its own mosaic which seems to tell what kind of business was done in the little establishment.

The mosaics are made of tesserae in marble, flint, local rocks and/or calcareous stones. They depict geometric designs, flowers, animals, portraits of gods, mythological creatures and daily life.

In the ‘Terme di Nettuno’, the public bath, you can see them from an elevated point, they are surprisingly elaborate and full of details. They are so majestic that it seems that Nettuno, God of the sea, is really in movement. 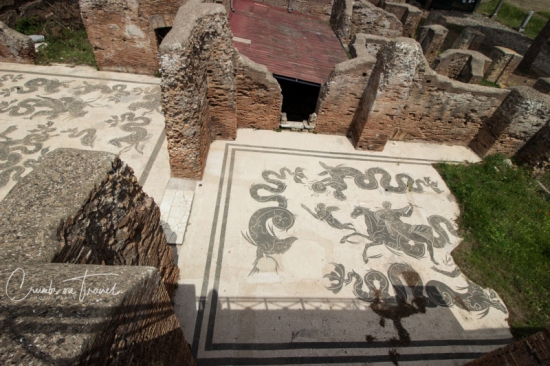 The ancient city of Ostia has a lot of mosaics to offer. And the nearby Isla Sacra with the necropolis has even more. It is worth to go around and look at all of them, most of them are very big and rich in details. The black and white makes it very interesting and more ‘down-to-earth’ instead of the colorful ones you oftentimes can see in the aristocratic homes.

In the excavation site you can walk pretty free, not many houses are closed for public view. So enter wherever you can and have a look and enjoy this beautiful, ancient architectural art. 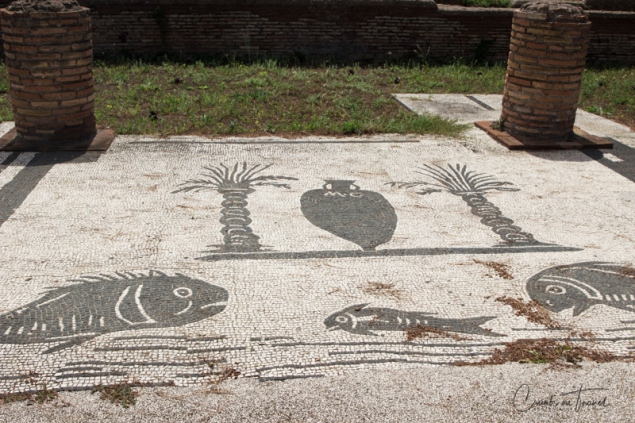 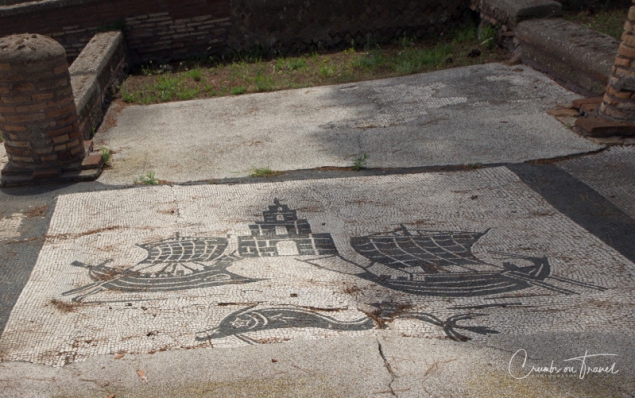 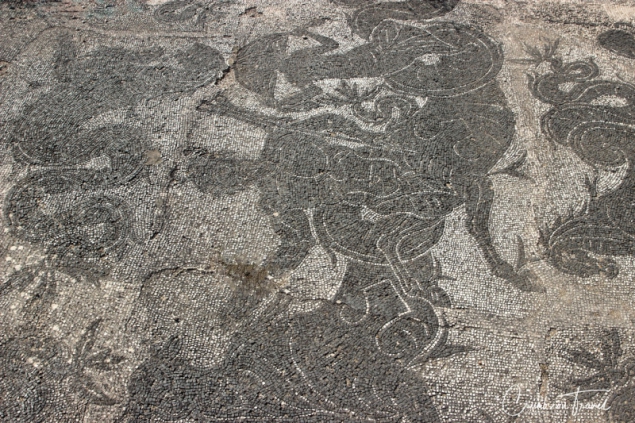 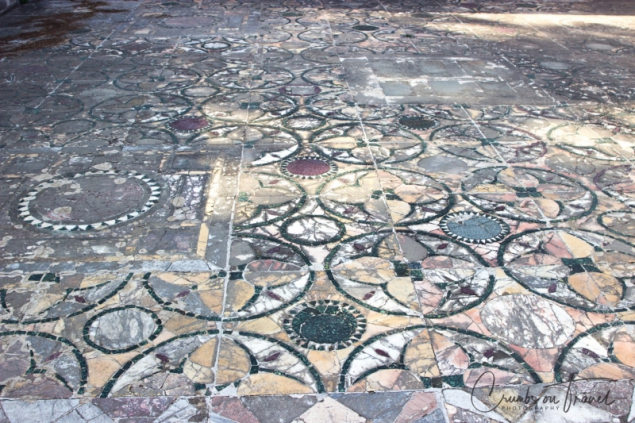 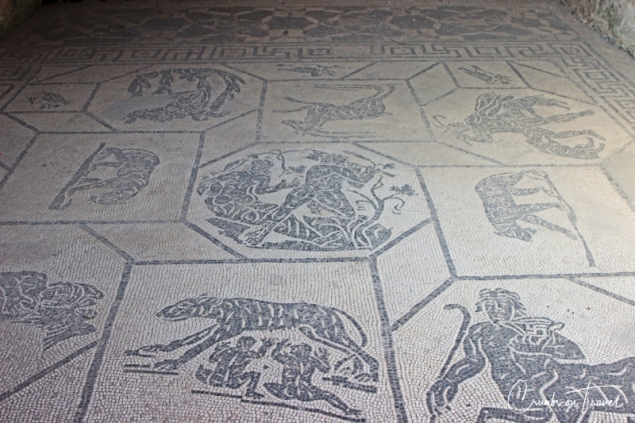 Middle Ages and Roman Empire – The Village of Ostia Antica
Ostia Antica – In the Ancient Sea Port of Rome
Il Mueso Ostiense – The Museum of Ostia Antica
This entry was posted in Europe, Italy, Lazio, ON TRAVEL and tagged ostia antica. Bookmark the permalink.

One Response to The Black-and-White of Ostia Antica