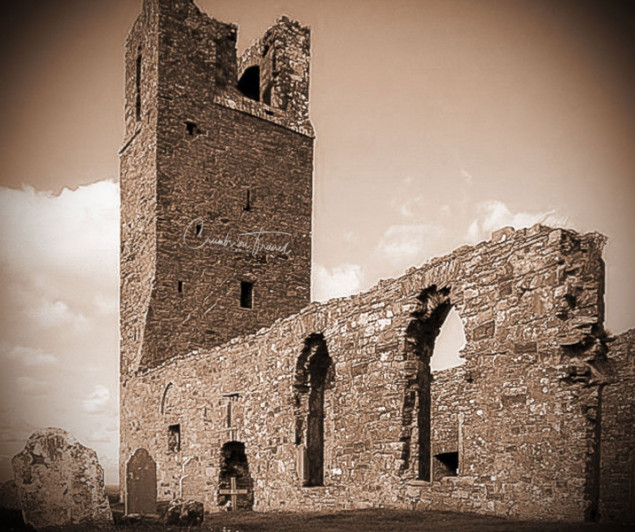 She was sitting on a wooden bench, slightly freezing, with a cloak around her shoulders. It was scratchy on her skin, but at least it gave a little warmth. In front of her stood a clay cup with steaming tea, she clutched her ice-cold hands around it. The tea made her feel better, running hot down her throat. Her heart still pounding and still totally confused, she asked herself what was going on.

She has taken a bath in the river and when she got out of the water her bike, towel and book were gone and this monk appeared from nowhere. He had talked to her as if he knew her well. And now she was sitting in the kitchen of the St. Fulgentius monastery. Because it couldn’t be any other. The ruins of the monastery she had been to so often in the past. And now a thriving Benedictine monastery?

The door suddenly opened and a rather stout woman shuffled into the kitchen. She had a few clothes over her arm. “Here you are, something to wear. I’d love to know what got into you, but you’ve always been disobedient. ”Adelais blushed, she felt caught. Somehow the woman knew her well.

Adelais got up, stepped out from behind the table, turned around and tried to put on the robe under the cloak. But that didn’t work. She heard a giggle behind her. “What, are you ashamed of me? That would be something new! ”The cloak was taken off her shoulders, the woman took the bundle of fabric from her hand and with a few handles she held it out so that Adelais could slip her arms into it. And then she was dressed in a floor-length linen dress. It was soft, it smelled of lavender, and it suited her perfectly. The sky blue color of it, set off with a bright red-orange borders on the skirt hem and the sleeves, looked great on her. She straightened her dress and wished for a mirror, but doubted that there was such a thing in a monks’ world.

”Come on, put on your apron and help peel the beets. Otherwise I won’t be able to finish the meal for today’s high visitor. ”Adelais grabbed the apron on the table, took the knife and looked around for the beets to be peeled. They were in a wooden bucket on the other side of the table, next to a bowl for the peeled beets.

She peeled the beets quickly and skillfully and a short time later she proudly said: “Done.” “Well, finally, slowly as a toad.” was the answer. Adelais sighed, offended. 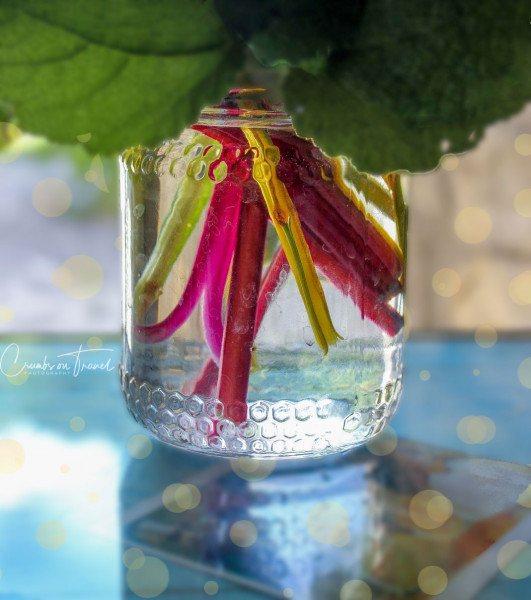 The door opened and the monk Mertlin stuck his head in. “Ah, working I see, you are all right, Adelais?” She shook her head and looked at him for help. “Come to the herb garden later, we’ll talk.” She nodded gratefully and continued to stir the soup in the rickety saucepan that hung over an open fireplace.

Hours later, after the sun was already late in the afternoon, she looked for the herb garden.

Brother Mertlin was cutting faded flowers on a rose bush. She stepped behind him, and when he didn’t turn around, she quietly cleared her throat. He spun around, knocking over the basket of dead flowers. “Always this light footedness, with me you could make an exception and make yourself noticeable beforehand!” He scolded jokingly. She smiled slightly blushing and played abashed with her apron.

“Come on, let’s sit in the sun and we’ll try to understand what happened.”

On the bench Adelais stretched out her legs, closed her eyes and told what she remembered. Mertlin listened attentively. At the end of her story, they sat in the sun in silence for a while listening to the hum of bees and the chirping of birds. “You know, I always thought it would be possible to go from one time to another. A legend always has thruth in it. But if that really happened, now we have to find out how you can get back to your time. “After a while Adelais whispered:” Brother Mertlin, how does it come that you know me when I come from a time ahead? ” “You grew up here in the monastery, do you remember?” 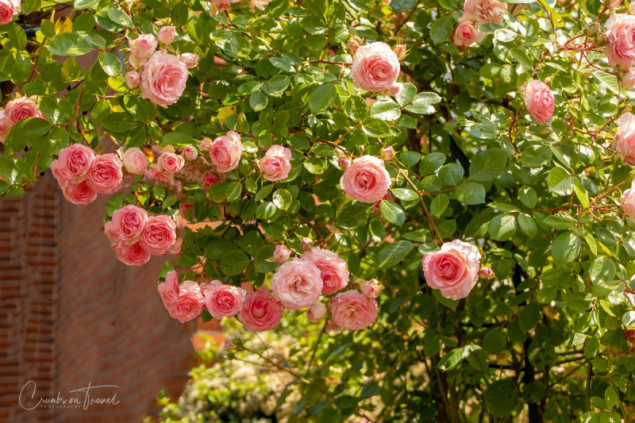 River of Times (A Mystery Story)
Marguerite (A Creepy Story)
To Arrive or Not to Arrive (A Package Tracking Story)
Be sociable, tell others!