Hidden in the Woods: Abbey of Saint Peter in Palazzuolo 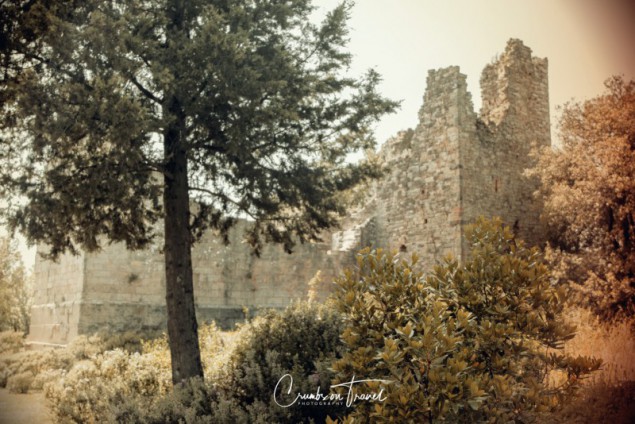 Most of the people believe they can’t arrive anywhere without a navi. But guess what…. 40, 30, 20 years ago people did arrive where they wanted to go without any. I read ordinary, ‘antique’ road maps to go where I want to go. OK, it takes me more time maybe, sometimes, but it gives me also the possibility to see actually where I am driving as I have to look for street signs, where is the right turn, and I have to use my brain to combine what I see if that is possibly correct. All things people normally don’t want: they want to arrive as fast as possible, no interest in the landscape on the way, and thinking is definitely also not on their list. But I don’t have a timetable when I go far away, and I enjoy much more the journey than the goal. 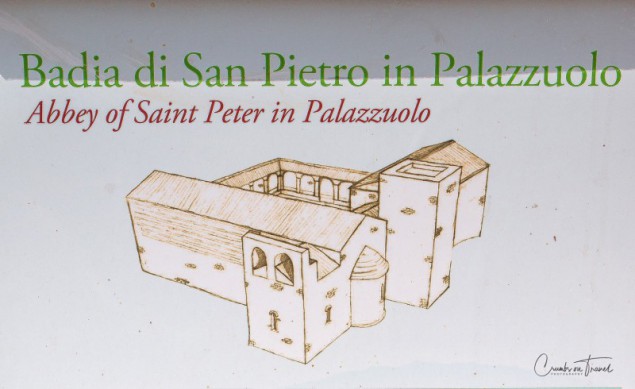 Thanks to my way of driving I have discovered places I never would have had otherwise, I have had talks to people I would never have thought of and I have learnt things I was never thinking of. One of these discoveries is the abbey of Saint Peter in Palazzuolo in Tuscany.

This ancient abbey is located in a very hidden place, were you have to walk for good bit but it is much more than worth of it. If I remember well, we walked something like half an hour until we finally arrived. If you have a good car for the dirt-road you can also drive to the abbey. 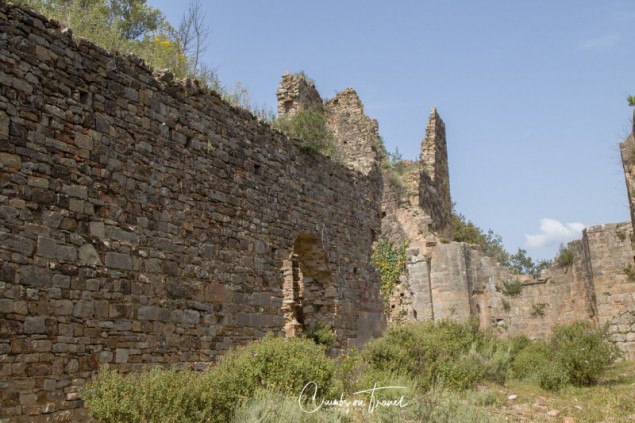 The abbey was founded in 754 AD by Walfred, the forefather of the later Gherardesca family which would rule for many centuries the area. He had a wife and children but decided one day to live a monastic life. He founded an abbey for men and another one for his wife and daughter and all wives and daughters of men becoming monks. The abbey was under the Benedictine order and for long periods one of the most important and richest abbeys in the Medieval Tuscany.

Originally it was built a little bit more south than the current location in a place where once was a Roman villa with the name ‘Palatiolum’ (little palace) which would be the Latin word for Palazzuolo.

From the very begining Walfred brought a lot of land and goods in the monastery, land from Populonia to Lucca and even the nearby island of Corsica. Its peak was in the 11th and 12th century and had full jurisdictional power.

Of course, it was always a target for incursions and so in the end of the 12th century the original abbey was moved to the hidden place of today. It is a hill, hidden in the woods, not easy to find and reach but easy to defend. Nonetheless in the middle of the following century a decline started and in 1252 the Pannocchieschi family killed all the monks in order to get all the wealth of the abbey. Legend says that only one monk escaped, Mariano, and he saved a wooden statue of the Holy Virgin, sculptured by Luke, the Apostle. He hid the statue under a tree and it was rediscovered only two centuries later. Today there is the Sanctuary of Madonna del Frassine.

The monastery after this massacre was repopulated by the Vallombrosian monks. The last monks left the monastery in 1561 and moved to the Monteverdi castle.

The monastery had a watch-tower, good defensive walls, a large cloister, a one nave church with one apse only. 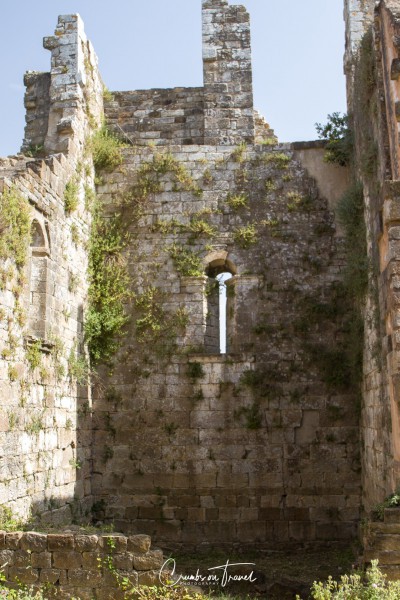 The abbey you find in the Val di Cornia near to the village Monteverdi. We had a nice walk there (we had to park before, my car is not made for country-drives) and enjoyed the quiet place and the amazing view. You can walk around even though you just find only ruins.

In the village of Monteverdi previously a young woman in a bar where we had some refreshment told me about the monastery and that even people in the village didn’t know anything about it and only recently it was freed from vegetation in order to make it visitable.

We ended up in the village (and the monastery) by just driving around the direction where we thought would be a place we wanted to visit, Surveto. Unexpected discoveries are the best! 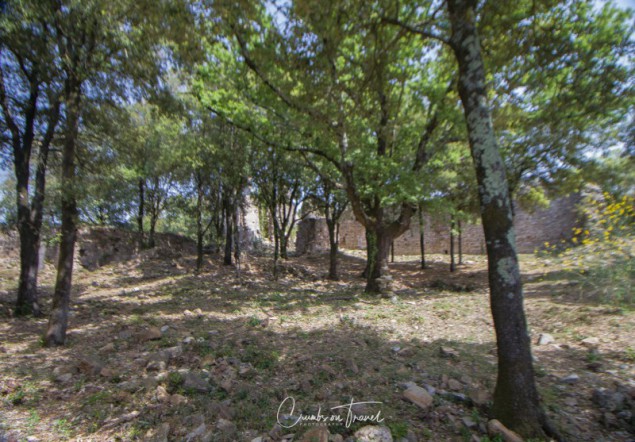 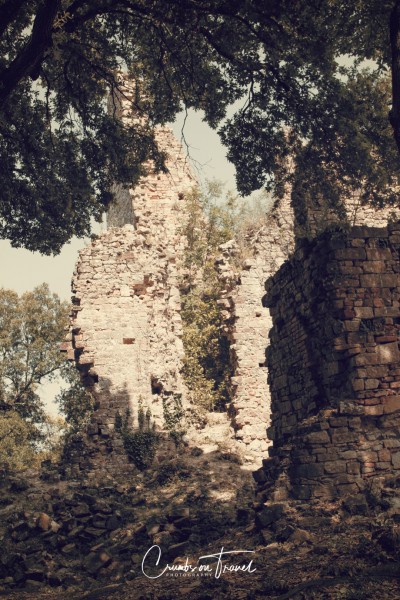 Suvereto – Where Henry VII was put on Fire
Discovering Fufluna, an Etruscan City
A Short Vacation in Castagneto Carducci at the Etruscan Coast
This entry was posted in Europe, Italy, ON TRAVEL, Tuscany and tagged castagneto carducci. Bookmark the permalink.

2 Responses to Hidden in the Woods: Abbey of Saint Peter in Palazzuolo