The Town Hall in Lübeck

A very good friend of mine asked me to take a guiding tour through Lübeck one day and mainly see the town hall. It is not easy to enter and see one of the most beautiful and largest town halls of Germany.

I was very surprised when I started to google a little bit about the history and stuff like that. I didn’t find anything in English. But well, here I am and I will be a pioneer to write a few words about this really amazing building in the heart of Lübeck. 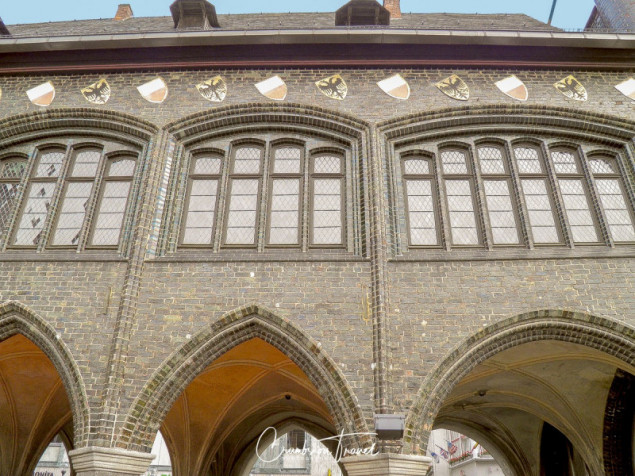 It is situated at the Markplatz (Market Place) near to the Breite Strasse (Large Road) and has at its back the famous Marienkirche (Saint Mary’s Church). The building from outside is already impressive. It’s an old brick Gothic building, famous mainly during the Hanseatic League and the late Middle Ages. 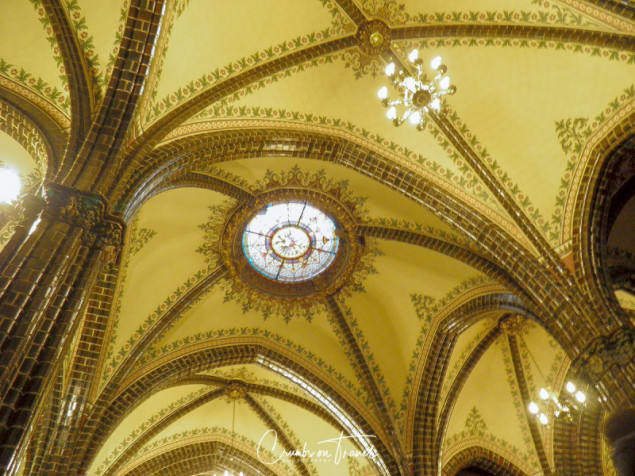 The construction started in 1226 and only in 1308 the town hall was ready, more than 80 years later. More than 200 years later they built the newer part in the late Gothic style. Now it got towers and especially the new show wall in bricks of different colors. Again 150 years later they added the arcade in Renaissance style. The also in the same style built staircase was built in 1594 by a Flemish sculptor named Robert Coppen. The staircase was nearly totally destroyed during the second world war and is not in use anymore.

On the market place side there are the arms of coats to see. Under the town hall balcony you can see a lot of figures. Each one has its own history to tell.

In the town hall there was until 1820 the seat of the High Court. Today it’s still seat of the mayor and place of assembly of the citizens.

The main entrance is at the side in the Breite Strasse and not at the market place as it seems in the first place. A very nice restaurant is the Ratskeller under the town hall and with its entrance in the market place. I would recommend also the modern snack lounge Jim Coffey where I had a nice Cappuccino during my Theme walk through Lübeck. And the famous Niederegger Marzipan house is just opposite to the town hall in the Breite Strasse. 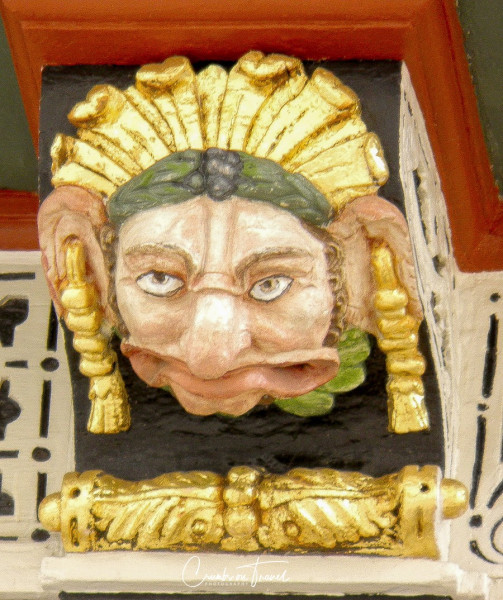 In the entrance hall of the town hall there is a beautiful Gothic rib-vault ceiling with mainly yellow color. With the lights on it seemed like gold. Unfortunately it was too dark or over-lighted to do some decent photos. I liked especially the pavements of ancient woods or the stone pavement in black and white in other parts of the town hall.

One ceiling was painted in light green and had white decorations of flowers and lines. Incredibly beautiful and delicate.

Impressive also the dark paintings of the Hanse with the main happenings showing. The wooden doors are massive and very heavy. And heavy decorated too.

We left both, the court room and the town hall with our head held high and without any fear about justice. 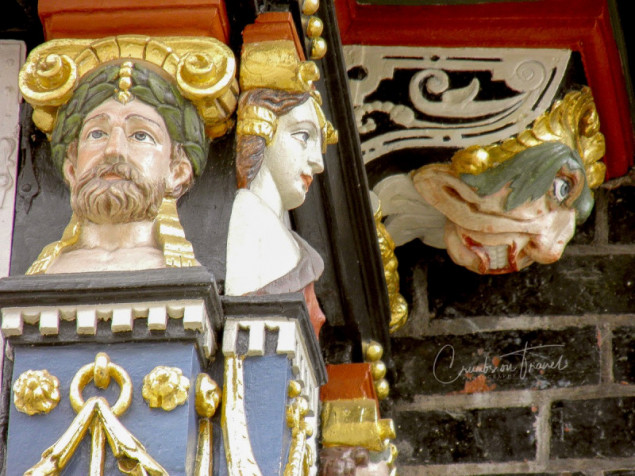 About Beguines and Other Famous Women in Lübeck
Inside Out – Body Worlds in Lübeck
Jump into Middle Ages - The Hanseatic days 2014 in Lübeck
Be sociable, tell others!

This entry was posted in Germany, ON TRAVEL, Schleswig-Holstein and tagged lubeck. Bookmark the permalink.

4 Responses to The Town Hall in Lübeck