Pomp and Splendor in the Ludwigslust Palace 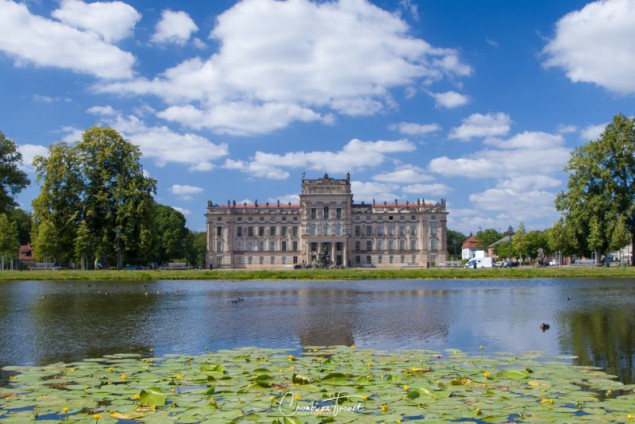 This summer I was exploring another palace in the Mecklenburg-Vorpommern region in northeast Germany. Pomp and splendor on a high level, surrounded by an enormous park, a so-called palace garden and with a very unique church facing the palace. I would compare this with the Sanssouci Palace in Potsdam near Berlin.

One of the many various things I did this year was the visit in Ludwigslust. The day started by driving east with the goal of a coast town, changed already after 20 kilometers into ‘let’s go to Schwerin’ where is another palace and changed again then into Ludwigslust, south of Schwerin. Mainly because I have never been there. And for my sweet sweetie it was both the same: he didn’t know any of them. And for me it was a great surprise.

Ludwigslust is just about 40 kilometers south from Schwerin, half an hour drive through a very nice landscape with a lot of forests. We arrived in the little town around noon and found a parking space right in front of the very big palace.

The first thing I noticed was the cascade opposite to the enormous entrance of the building and more far away the Greek temple like church. All calling for long visits. 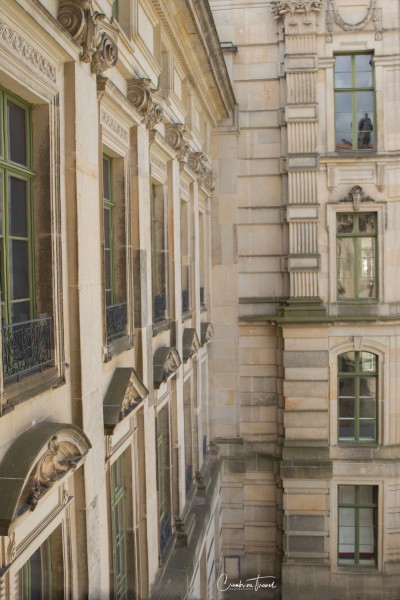 Ludwigslust once was just a hunting lodge for the duke Frederick II of Mecklenburg-Schwerin who had his main seat in the Schwerin palace. It was first built in 1724, so not that long ago, by Prince Christian Ludwig. 20 years later he became the reigning duke and changed the name from Klenow (the name of the area before) into Ludwig’s joy (Ludwigslust) and made it his main residence. 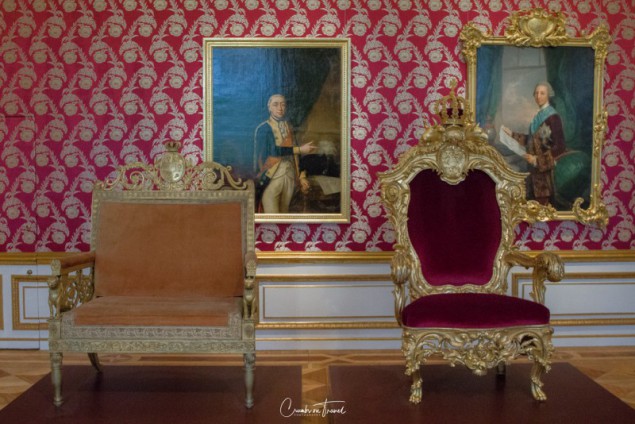 During the years of construction and of course later the place grew from a very little village to a town. Today there are still the housings of the people who worked for and in the palace along the way to the catholic church. The castle or palace was rebuilt between 1772 and 1776 to plans of Johann Joachim Busch in a late Baroque style. The E-shape is better visible from the back side. The duke liked clearly a mixture of old styles: Corinthian in the central blog, Ionic in the side wings, some Neoclassical style in the facade and a Doric portico. Brick and sandstone were used as construction material. The (40) statues on the roof give it an interesting look, like people are walking on the top of the palace. 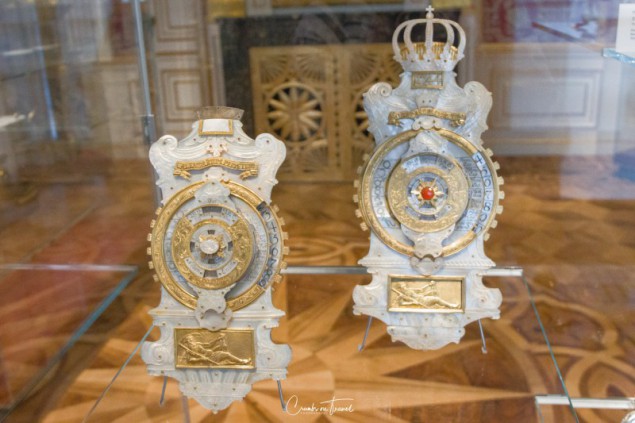 We bought a ticket to visit the inside, the gardens and the church opposite.

One of the first rooms we saw was the golden hall (Goldener Saal). Beautiful, I liked the mirrors in which you could overview even more. Mirrors were often put in big halls to make them even bigger but also to multiply the candle light and make the room much brighter. Very impressive are the Corinthian columns, the very decorated ceiling and the wonderful wooden floor. To watch people dancing on the floor from the surrounding balconies must have been such a joy.

We walked through a lot of other rooms like the private ones of the duke and duchess.

Inside the palace there is also a restaurant with a terrace facing the gardens, a perfect place to rest after a walk through the amazing palace and enjoying the sunshine, before you walk over or to the church or through the huge (120 hectare) park.

When the last duke abdicated in 1918, the palace was used as a residence for the family. After 1945 it hosted various administrative offices and is today a museum, open to the public.

The cascade opposite to the entrance of the palace on the Schlossplatz (palace square) was originally built in wood and only later changed into sandstone. The water feature was built in the years 1780 to 1785 and was connected at the canal system of the palace gardens. During wintertime the water still flows and not seldom gets ice sculptures. 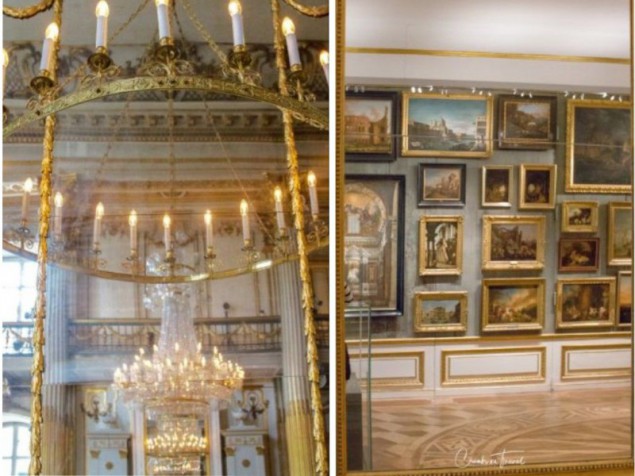 We enjoyed our stay very much. It was only half a day, we saw also the church and the gardens, but it should be a whole day. There is so much to see and enjoy, not to hurry through all of it. We didn’t visit the village at all. 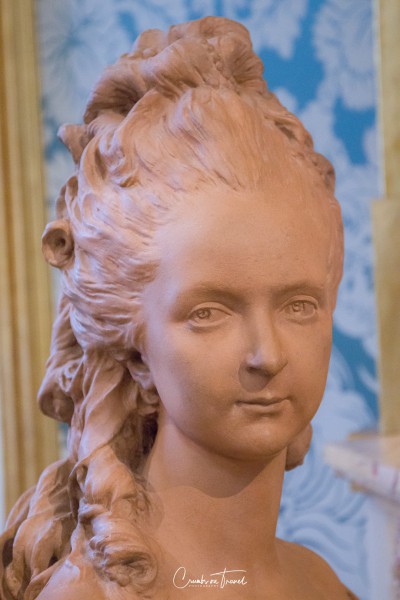 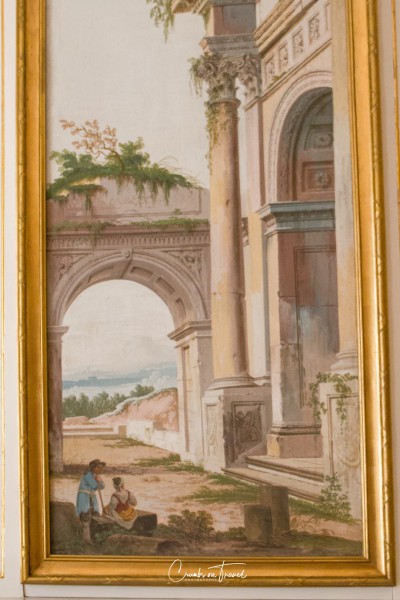 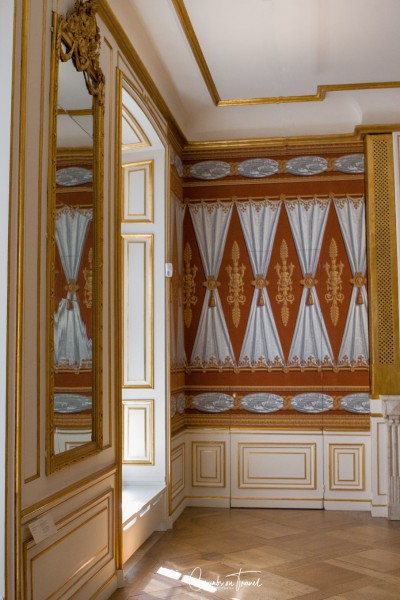 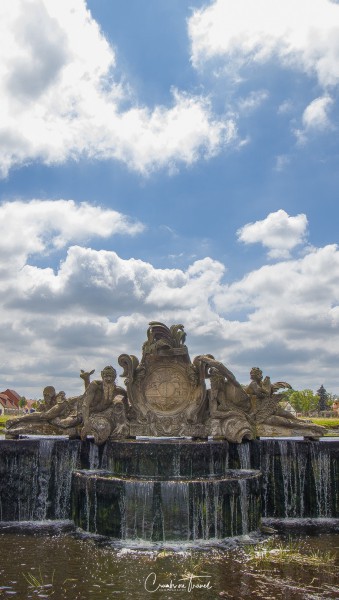 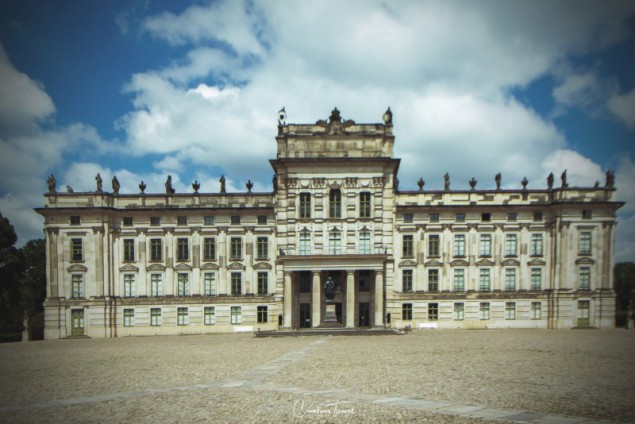 For more information:
If you want to see more pictures about Ludwigslust Palace
More about the region Mecklenburg-Vorpommern

120 Hectare of Pure Joy
A Church in the Guise of a Dorian Temple
This entry was posted in Europe, Germany, Mecklenburg-Vorpommern, ON TRAVEL and tagged ludwigslust. Bookmark the permalink.