Ostia Antica – In the Ancient Sea Port of Rome 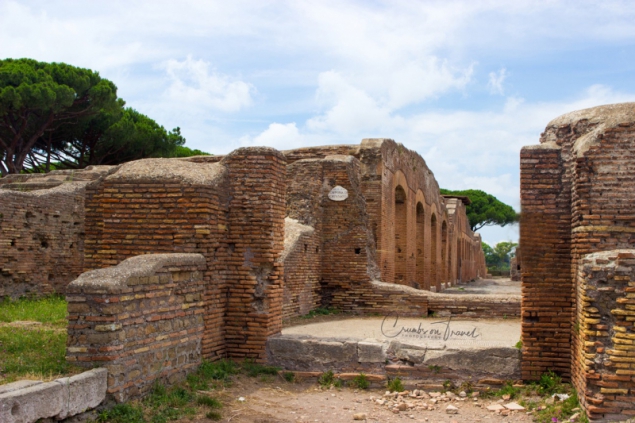 Ostia Antica is an archeological site near to Rome and was once the harbor of Ancient Rome. Today it is known also for the nearby airport in Fiumicino.

Since childhood, I’ve walked in archaeological sites. My mother thought them very interesting, history was her passion. And obviously she wanted me to have the same interest in it, like she had. As a child it didn’t work out that well, I saw them as stones, and they had no practical use for me. Growing older I visited most of the ancient places within the Mediterranean Sea but it was not before Pompeii that I got really intrigued. I always loved reading historical novels and one of the most impressive to me was a book about the last days of Pompeii where the protagonist was one of the people who died in the disaster of 79 AD. I visited Pompeii and saw every stone with a different understanding. Since then, I have the same passion as my mother had.

One of the places I haven’t been yet was Ostia Antica, the sea port of Rome. This summer I had the opportunity! 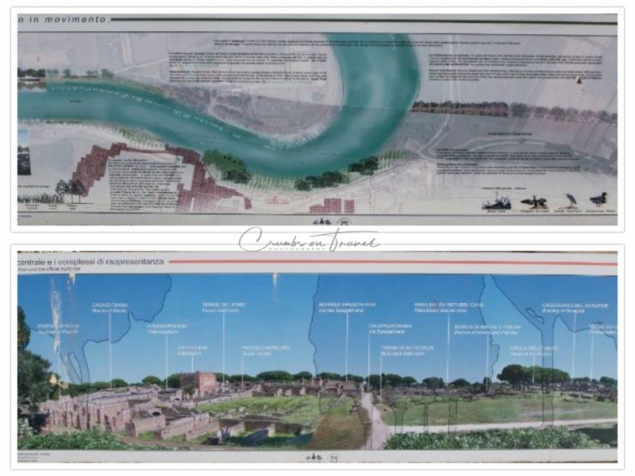 Ostia was built at the river mouth of the Tiber, which still flows through Rome. History says that the 4th king of Rome, Ancus Marcius, destroyed previously an older village more inside the land and built the new nearer to the sea. The oldest buildings are of a castrum, a fortified military camp, from the 7th century BC. Today there are still the walls of a castrum of the 3rd century BC.

In the 1st century BC the place was destroyed during the Civil Wars between Sulla and Gaius Marius in order to cut off the food supply and the trade to the big city of Rome. In 68 BC pirates gave fire to the sea port and captured two senators. The pirates were defeated within a year and the city rebuilt. To fortify the city Marcus Tullio Cicero provided the town with protective walls.

Until the 1st century AD the port and town were enriched, more fortified and enlarged. 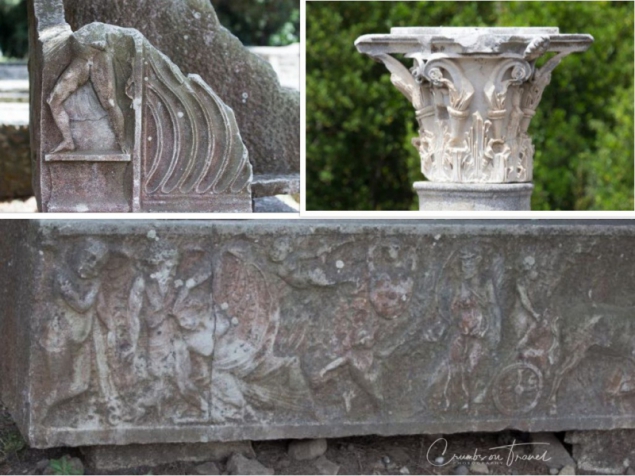 In the 3rd century AD in Ostia there lived more than 100.000 people. The cult of Mithras was very popular during this period. But there was also the earliest synagogue in Europe, which made the city also a multi religious place.

With the decline of Rome in the 4th century AD under Constantine I, Ostia started its decline as well. The port was not really that important anymore to a dying Rome with its 800.000 inhabitants itself. Invaded by the Barbarians, people left the city half destroyed and never re-built it. Malaria in the Middle Ages did the rest and the city became empty and forgotten.

During the Baroque period architects from Rome used the marble of Ostia’s houses and villas for new palazzi in Rome and foreign explorers were searching for statues and other items for their private collections or even to sell them, Ostia was plundered.

A hundred of years later, in the 18th century, excavation was started and is still continuing. Mussolini was one of the biggest supporters of the excavations. A lot is discovered but it could be that a good part is still unearthed and even lying under the nearby airport of Fiumicino. 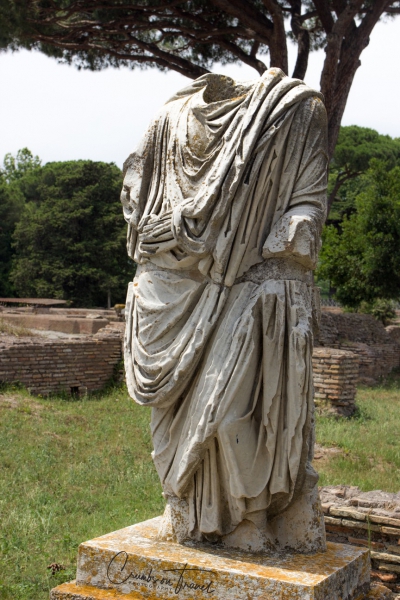 The city had a huge bath with wonderful mosaics. I was very surprised about it. The theater reminded me the arena of Verona. Here in Ostia the theater is still a place of performance, too.

Behind the theater there is the ‘piazza’ with dozens of little (once) shops and offices. Most impressive are the mosaics here.

There are streets with restaurants and bars. It is so easy to imagine how life was once in this big city. 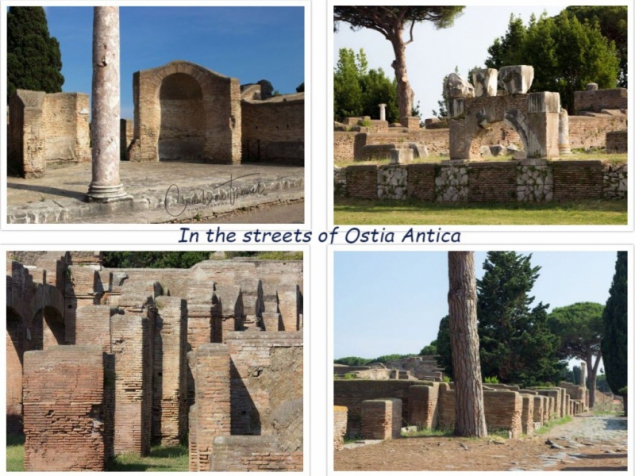 The entrance of the archeological site is directly in front of the castle of the village of Ostia Antica. In the excavation site there is a souvenir shop and a bar with snacks where you can also sit outside. Nearby there is the museum with a lot of objects, statues and reliefs found in the site. You should not miss that!

I was surprised how big Ostia Antica is as I never thought it would be big like Pompeii. But you have to calculate at least 4 hours if not more to see most of the places, streets, houses and public buildings. The museum doesn’t take more than maybe 45 minutes. From here it is almost half an hour back to the entrance/exit.

I highly recommend reading a little bit about Ancient Ostia BEFORE visiting it. Although there are many information boards everywhere to explain the street system, the water system, the necroplis or the fountains it helps to feel actually the pulsing life that this city once had. 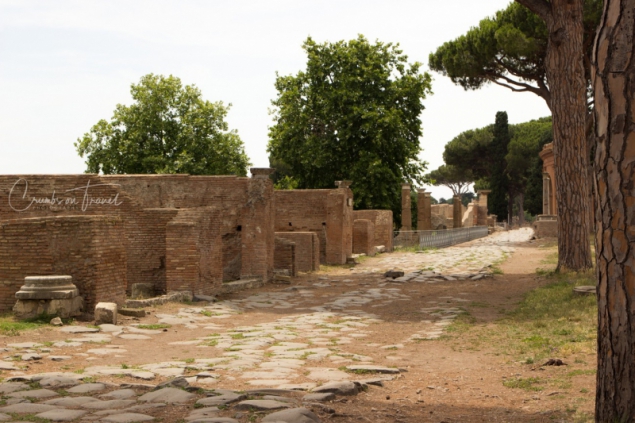 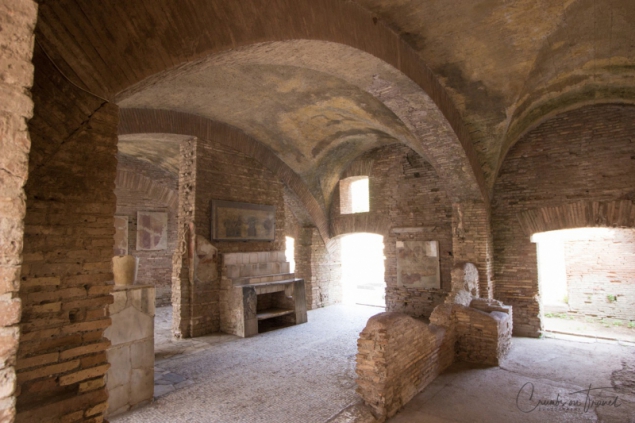 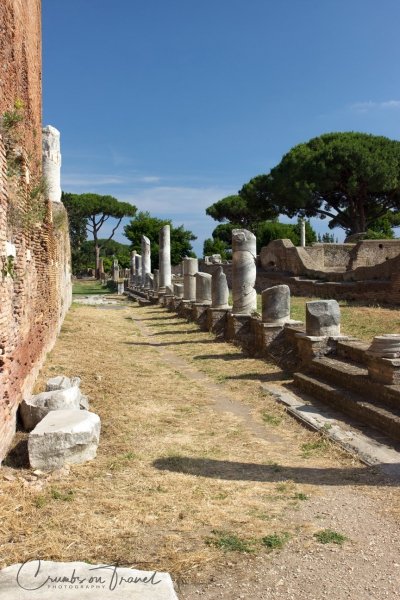 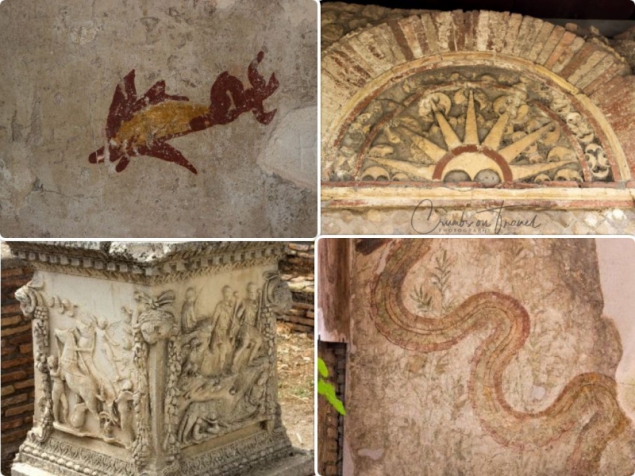 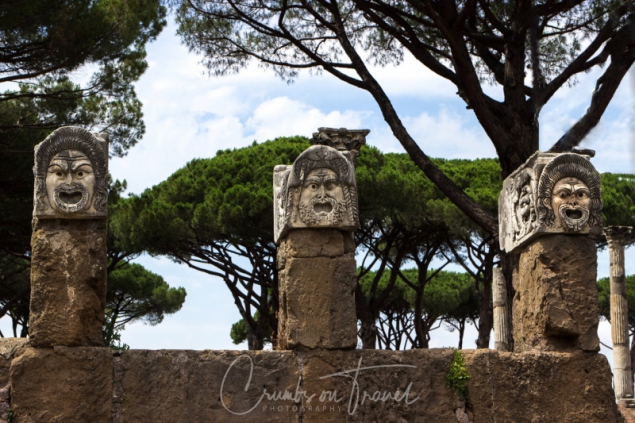 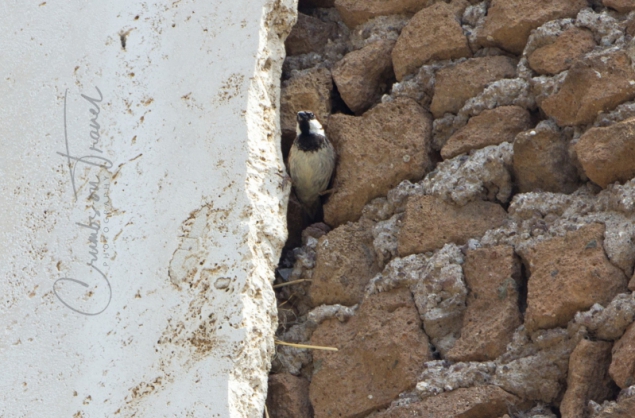 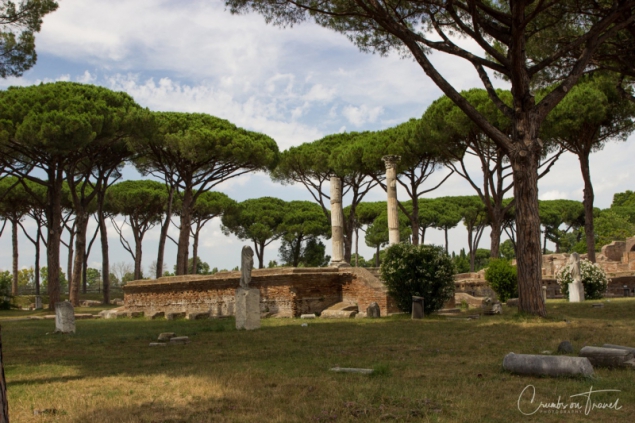 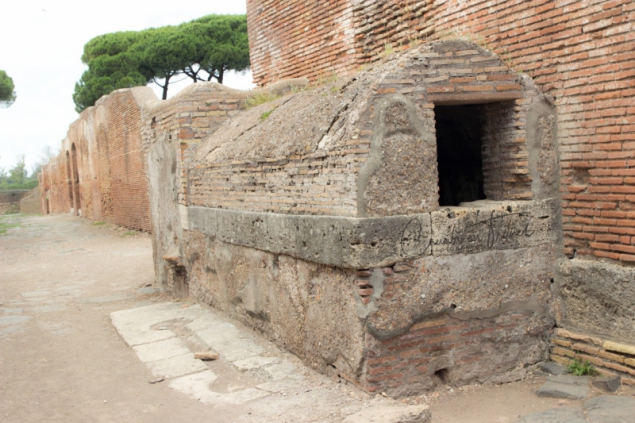 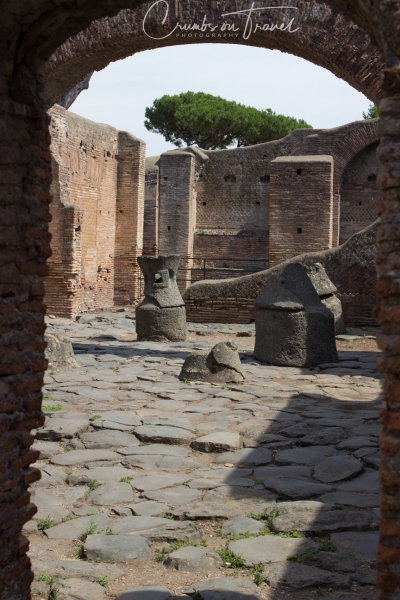 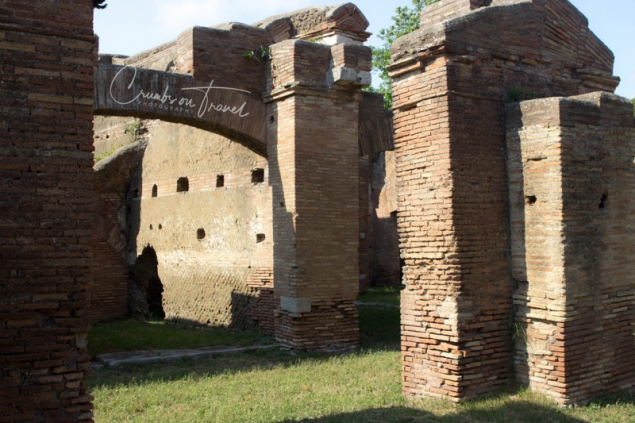 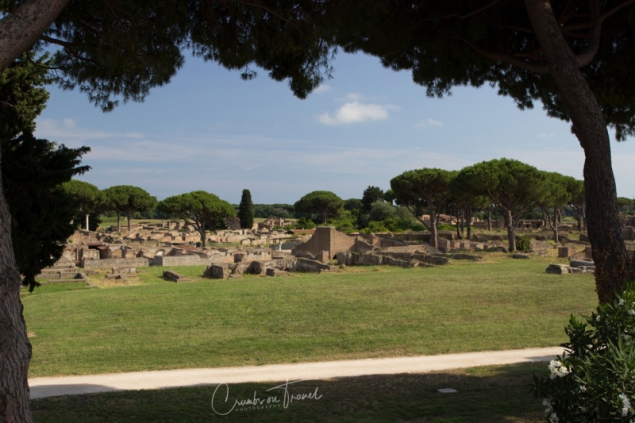 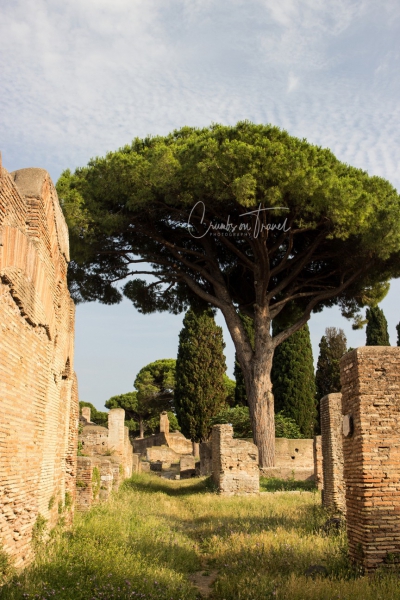 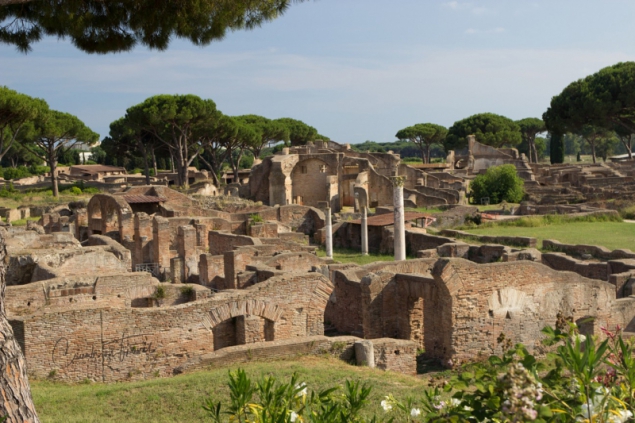