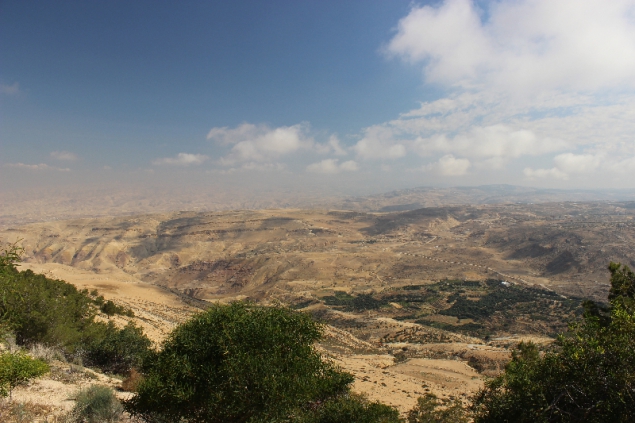 “Then Moses climbed Mount Nebo from the plaints of Moab to the top of Pisagh, across from Jericho. There the Lord showed him the whole land – from Gilead to Dan.” Deuteronomy 34:1

Mount Nebo is a 1.000 meters high mountain in Jordan and near to the Dead Sea. Here once Moses arrived with all his people and the Lord showed him the Promised Land. Afterwards he died at this very same place.

I had the possibility – like many other people – to stand and the same place Moses has been so many centuries ago and see the same he saw. Well, not quite the same: at Mose’s times there were forests and water and a rich land. Today it seems all dry and brownish and all but promising. 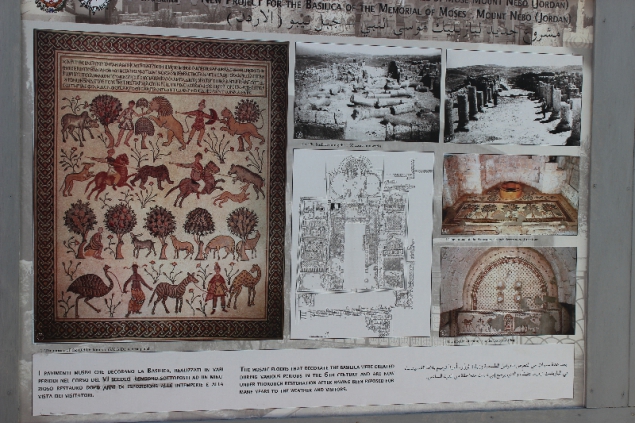 The summit is about 817 meters above sea level and the view on a clear day gives a glimpse even on Jericho and Jerusalem. It looked to me in the very first moment more like a mountain with a touristic top. One has to think deeply on history to feel the magic and maybe also read a little in the Old Testament.

According to Religious tradition here Moses came to see the Holy Land and to die although his exact burial place is unknown. There is a grave nearby at Maqam El-Nabi Musa but who is it?

In 2000 Pope John Paul II, Pope Benedict XVI and now on 24th March 2014 Pope Francis visited the place. I just missed him for a week 🙁 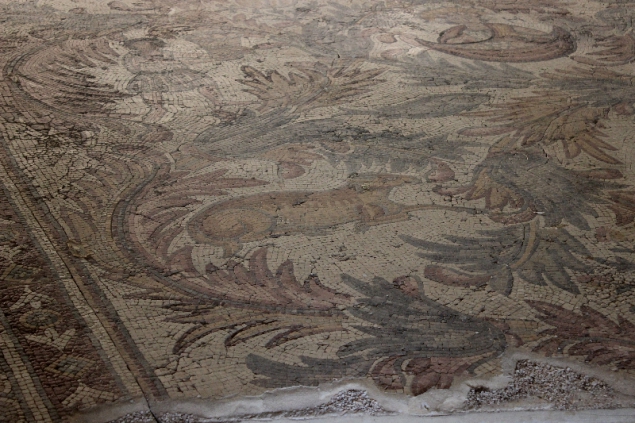 The mountain was first mentioned by a pilgrim, lady Egeria, in 394 AD. Then on an older structure there were built a sanctuary. Just two hundred years later the little church was enlarged into a basilica. From this time the mosaics shown in a tent just outside the church are the remains. In this new baptistery and sacristy soon established a pilgrimage center and being here for almost 600 years.

In the middle of the 16th century the place was abandoned and only in 1993 the summit and the church were purchased to the Franciscans. They started to excavate and restore the area. During the visit in 2000 Pope John Paul II planted an olive tree as sign of peace. (the olive tree near to the Byzantine chapel). Today here are the headquarters of the Franciscan Archaeological Institute and a monastery.

On the back of the chapel (seen from the arriving point) there is a terrace as lookout on the nearby landscape. The high cross sculpture is made by an Italian artist.

Inside the Memorial Church of Moses (was closed) there are elements of a triple-apse of the old Byzantine basilica. The inside of the new place is simple and is more protecting the ancient mosaic floor. In the floor there is as well the date when it was created: August 531 and by three workers. Interesting fact: over the old mosaic was laid another one, just some decades later. The newer one now hangs on the wall, the elder one is still on the floor.

I enjoyed staying here but think the very best moment is at the late or early day, when no people are walking here, no photographs taken and no guides are speaking in numerous languages that puzzles me as they speak all the same moment. I missed a little bit the holy feeling.. 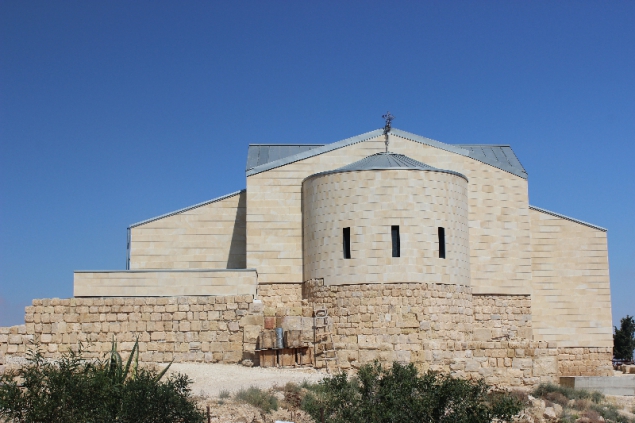 Windmills in Amman - the Tawaheen al-Hawa Restaurant
Grand Canyon or Wadi Mujib
Jordan - Between History, Modern Life and Desert
Be sociable, tell others!