Living in a Cocoon – Walled Buonconvento 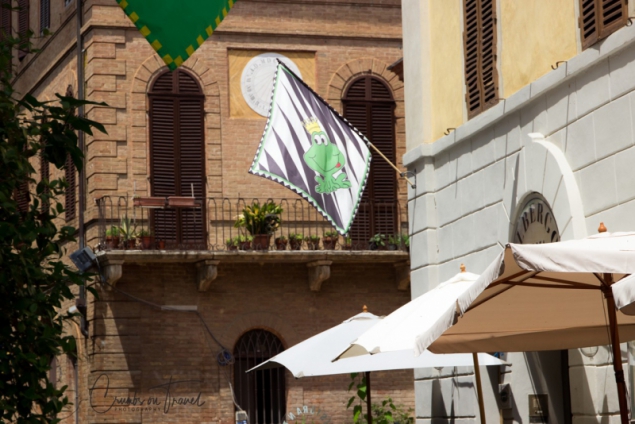 Buonconvento – from the Latin expression for ‘place of good luck’ – is located between Siena and Pienza. We ‘discovered’ the place when we were going from the Thermal Bath of Petriolo to Pienza. A little walled city, medieval and very calm. 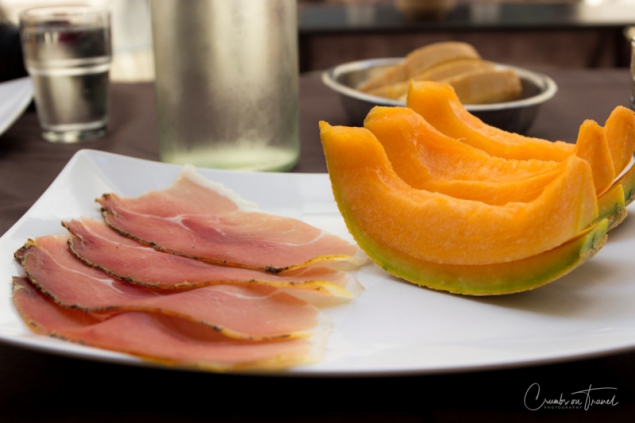 We were looking for a place to have lunch and my friend wanted again melon with prosciutto, a very refreshing antipasto you can find everywhere in the summer time.

We stopped and parked the car right outside the walls. We walked in from a side opening which seemed to me not the original one. In fact, the main entrance is on the north side, called Siena Gate. The once second on the south side, the Rome Gate, was destroyed by the Germans after the Second World War.

The place is for sure older but mentioned for the first time in 1100. The most important event was 200 years later when Henry VII died after a visit here on the 24th of August. He was poisoned with arsenic he was administered for a disease called Anthrax.

The walls were built between 1371 and 1383. Until 1559 the walled town was part of Siena, before it was integrated to the Grand Duchy of Tuscany and then 1861 to Italy. 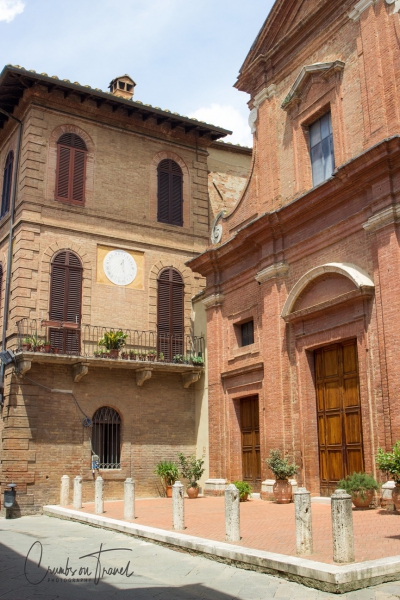 Today it has a main road with a lot of little restaurants and shops. We had a perfect lunch with prosciutto and melon and later a nice ice-cream as well. I highly recommend a walk around the walls as there are more little shops ​to see.

The church of Santii Pietro e Paolo has a very interesting glass window and frescoes of the early 15th century. The bell-tower from the early 18th century shows the family coat of arms of the high families of the town and surroundings.

Outside the town center we saw a lot of villas and castles, most of them on private property, but nonetheless very beautiful to view through the gates. 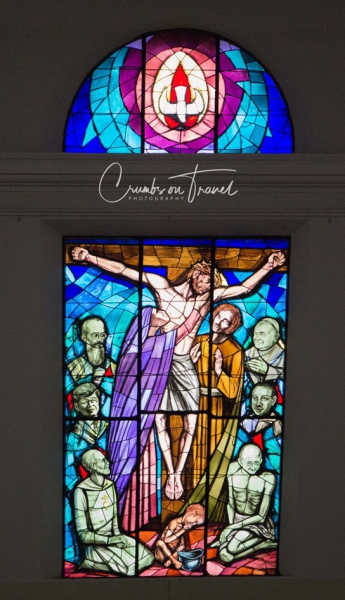 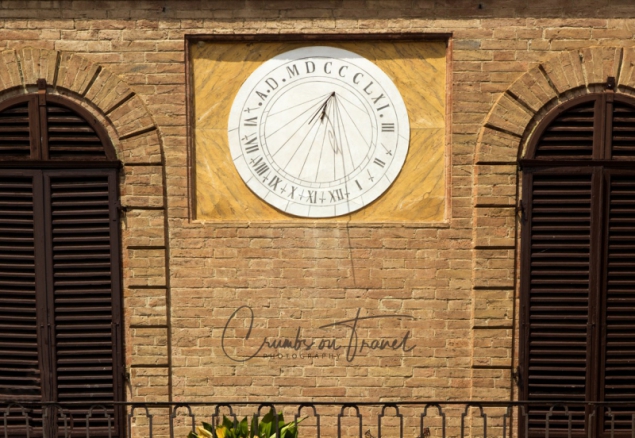 For further information:
About Buonconvento