Whoopie is Always a Bite Worth … 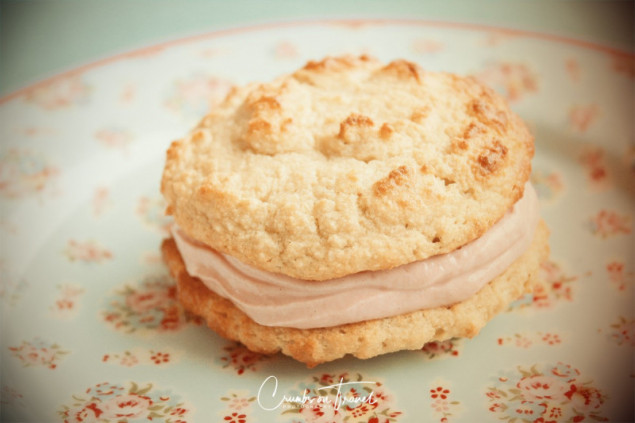 Looking for a nice movie for the evening time on YouTube I found ‘Sister Act’ with Whoopie Goldberg. I like her a lot, she is a really great actress. Think about ‘The color purple’ or also ‘Ghost’ with Patrick Swayze and Demi Moore. Tipping Whoopie into the Google search machine I didn’t find only the actress but cookies and pies. Whoopie Goldberg and a pie? So I had a better look. Those are traditional cookies especially in Pennsylvania by the Amish People but everywhere sold in the US. They are named hucklebuck, gob, black moon or Big Fat Oreo (Oreo in Italy in fact are two chocolate cookies with a white frosting in between). The two flat cookies are joined with a creamy filling or frosting. The name is coming from a shout when being happy to find/see something. The Whoopie pie is the official state treat of Maine – are states having really official state treats in the US? And do have other nations/states also one? I have to find out… 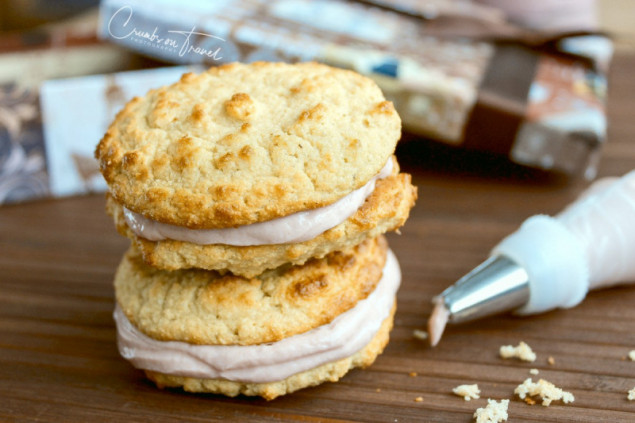 Well, there is also one in the Guinness Book of Records obviously: 1.062 pounds of whoopie pie created in South Portland, Maine, in 2011. Somewhere I read that it seems originally they are from Germany, brought by immigrants to the New World. 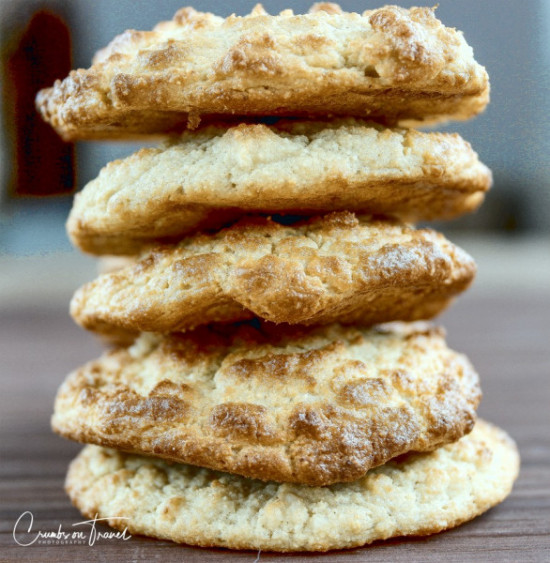 There is also a Whoopie Pie Day – of course! A real celebration is in Lancaster County. More than 100 different tastes to try out. The festival is held at the Hershey Farm & Inn in Strasbourg/Pennsylvania. In the Dutch Country. That shows again what it means to live in the United States: Dutch Country, Strasbourg in Alsace/France and cookies originally from Germany. Well.. and what about Whoopie Goldberg? She has nothing to do with pie – except maybe that she likes it the same like many others. But she is still a great actress I always enjoy a lot. And maybe next time having some whoopies to ‘snack’ during a Whoopie Goldberg movie.
Anyway: I tried them out because the recipe is without flour and carbs. And I confess: I like the light, juicy biscuits with a fresh filling between the two cookies. I am sure they are great in any taste, fruity, chocolate, vanilla and many others. 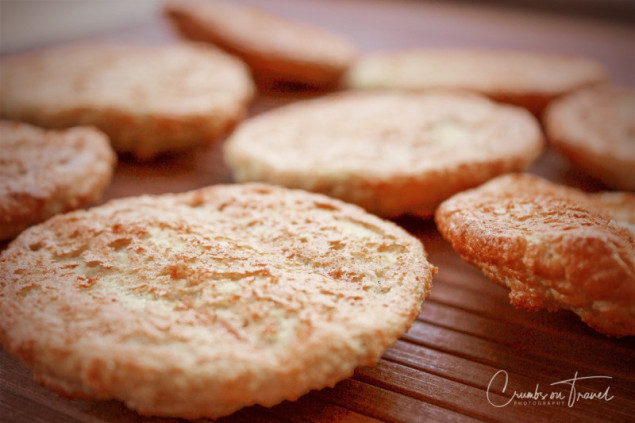 As a frosting you can put a lot of different types. Honey is working as well as jam and marmalade. I liked my jam in the middle of them. But I tried them also with a creamy cheese-lemon one (nut cream cheese, lemon zest, a little honey). Really very fresh! Especially great in summer.

Very nice to give the whoopies a color, I didn't have any unfortunately when doing them. Try to put two different colors and the frosting as third color. For example for flag-looking whoopies.

Bake your own Whoopie pies:

And watch a Whoopie Goldberg movie: