What is Saint Vitus doing in Český Krumlov?

One of the places I absolutely wanted to visit at our exploring day of Český Krumlov was the church. We were invited for the wedding of my Czech friend, and she asked me to take also (unofficial) photos. That’s why I needed to see the place before to know how to move and how NOT to be in the way of the official wedding photographer. And I was glad to have been there as I had some time in the church in silence, taking in the beauty and grandeur of the church. 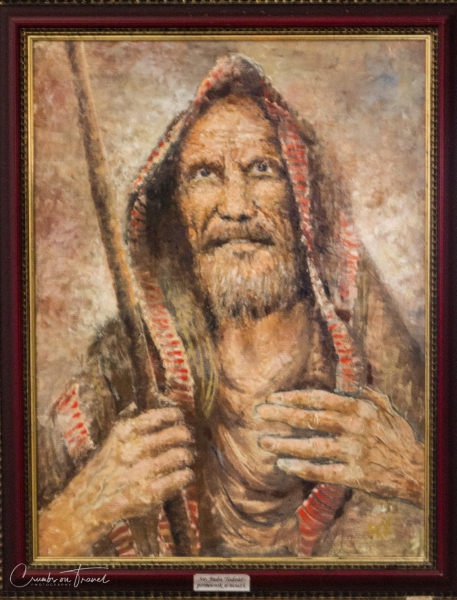 The church is consecrated to San Vito (Saint Vitus) which for me is a very Sicilian saint and it sounds a little strange to me in the so far and different country of Bohemia.

The church was built in the 15th century in place of a smaller church that needed to be replaced for the growing community in the town. It seems, that the first evidence of the building is around 1329. The Gothic architecture is typical for the time of the 15th century. During the centuries there were extensions like the Chapel of St. John, a music gallery and the sacristy. In the Baroque period the altar and a few other things were remodeled.

Since the 19th century there were only repairs done at the outside, nothing new or different. The northern sacristy got a new interior look in 1997.

I thought it a little unusual that wherever I stood I nearly could see the complete church. Maybe because of being not too big, or the columns are not too many. The high tracery vault has an interesting coat-of-arms which appears to be from Linhart of Aldeberg, the architect of the church.

Some nobles of the Schwarzenberg and the Rosenberg families are buried here. One of them is Eleonore Amalia von Schwarzenberg, who seems to be known as a female ‘Vampire’. Truth is, she liked wolves and bred them. She had a strong bond with them, which made her in the eyes of the common people like a strange, ‘blood-drinking’ woman. 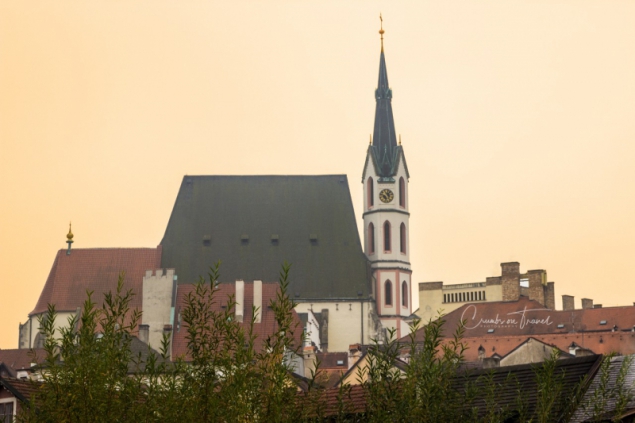 The day after for the wedding the church was pretty full, I guess at least 200 people were participating (plus many Asian tourists outside photographing and filming the wedding). The air was pretty chilly inside but the atmosphere was warm and nice.

It was a beautiful wedding ceremony held by my friend’s brother who happens to be a priest. The church offers a nice place where to escape the busy little town of Český Krumlov with its many tourists, intriguing shops, interesting museums and yummy food temptations. 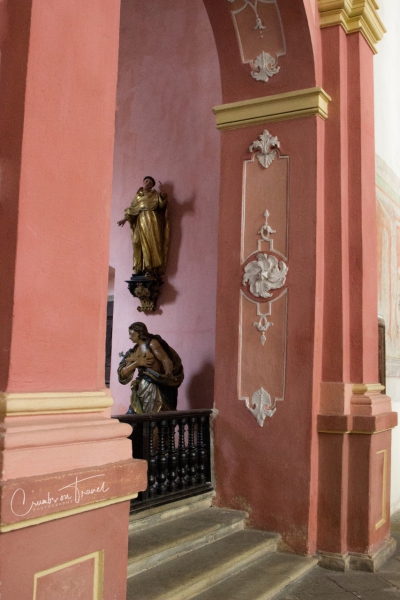 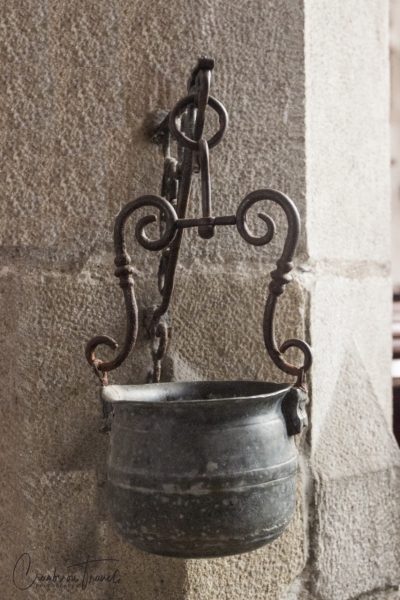 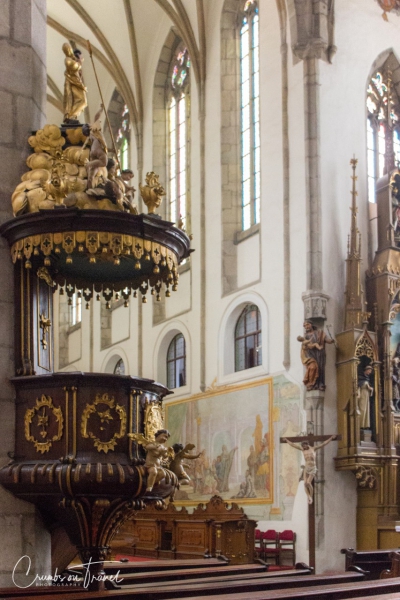 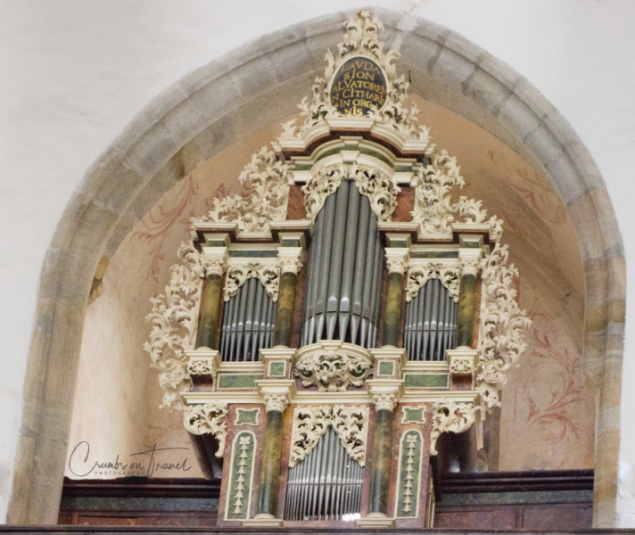 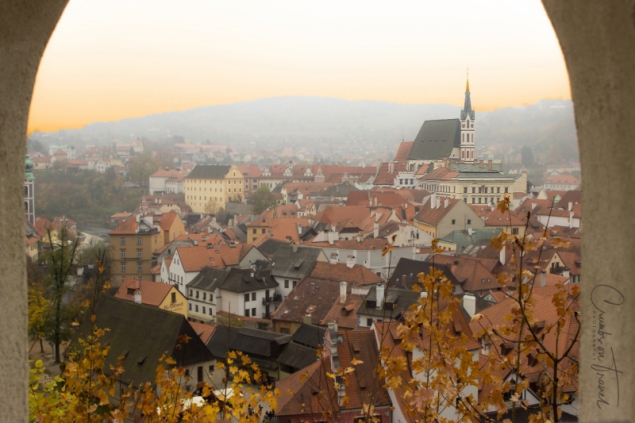 Photographer at a Wedding in Český Krumlov
From Vitek to Rosenberg – the Castle of Český Krumlov
Czech Renaissance Gem: the Bohemian City of Krumlov
This entry was posted in Cech Republic, Europe, ON TRAVEL and tagged Czech Republic. Bookmark the permalink.