Unknown Beauty near to Schwerin – Wiligrad 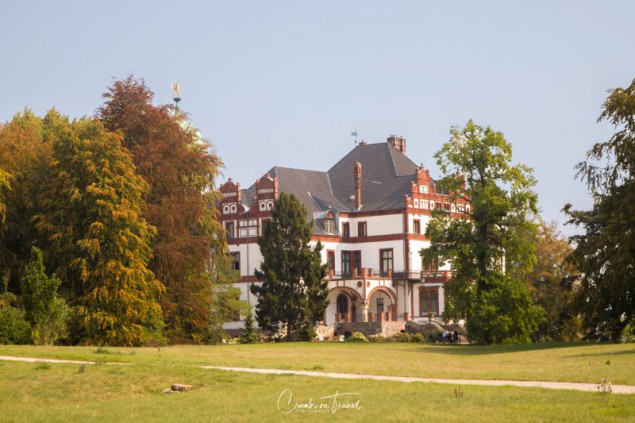 Slowly slowly I am trying to visit all major castles or manors in Mecklenburg-Vorpommern, one of the northern German regions along the Baltic Sea. After the Schwerin Schloss, Schloss Ludwigslust and Schloss Bothmer it was Schloss Wiligrad this time.

The manor is located at the shore of the Schweriner See, Lake of Schwerin, north to the city Schwerin. It is pretty unknown and I had never heard of it before I saw it on the list of the Mecklenburg manors. Not that impressive like other castles or manors, but it was politically a very important place. 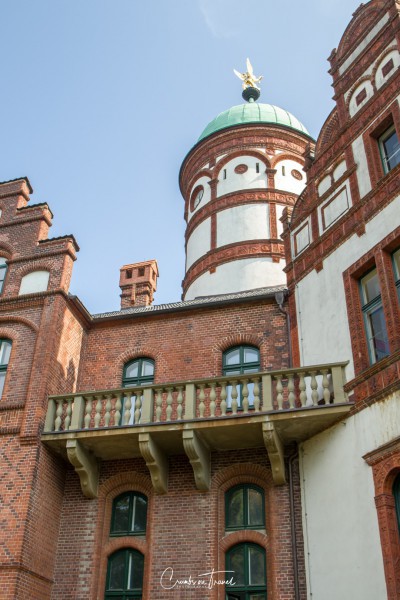 Unlike other castles and manors I have visited before this one is a relatively new one. It was constructed in the very end of the 19th century, around 1896. The Duke John Albert of Mecklenburg wanted to have his own house and paid with the inheritance of his wife due to her mother. Until 1945, the manor was in the ownership of the family. 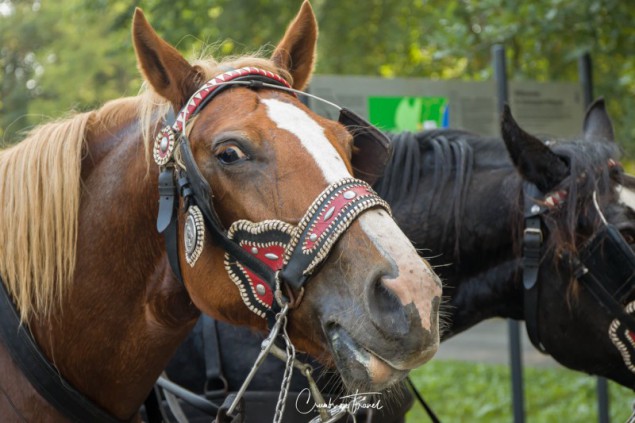 It was the seat of important decisions and had seen the most influence and important people: the Kaiser William II and the retinue resided here in 1904. Many dukes, princes and politicians of the time liked to stay at the dukes home. The duke himself was not that often at home as he was the president of the German Colonial Society and traveling very often in Africa and Asia. After his death his second wife lived here and during the GDR-times it was used as school for police-men.

After 1990 it became part of the Landesamt für Kultur und Denkmalpflege Mecklenburg-Vorpommern (State Office for Culture and Historic Preservation Mecklenburg-Vorpommern) and was restored. The office for archaeology is still located here, today there are many art exhibitions and it is possible to visit inside and the park. 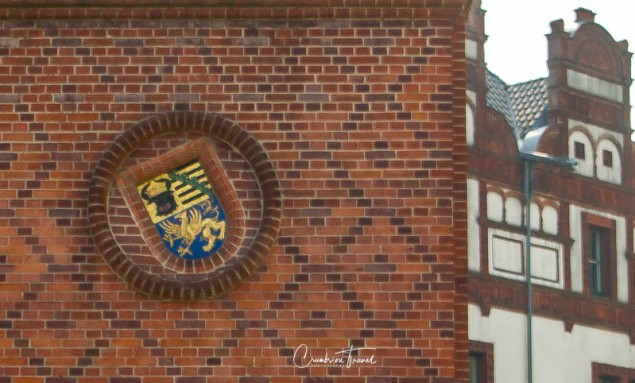 The location is beautiful. High above the Schwerin lake which you can see through the trees, the red and white manor has a very idyllic position. The park is huge has various houses and a little pond area.

We walked from the parking place first to the main building. It is different as it has a part made of brick and a part that is painted white, with some brick elements to see. It reminds me slightly at the Hanseatic architecture. The green cupola on the tower gives it a special touch.

We walked in the park and really enjoyed the calm. Nearly no people – I guess also because the place is pretty unknown – and a very well maintained area made it a pleasure to stroll around.

We had also a visit inside the manor but it didn’t impressed us much. Most of the rooms were not accessible, in the library there was some original furniture (I guess) and a nice open fire place. The wooden ceilings are pretty impressive and the staircase in the hall looks good. The art exhibition was not of much interest to us. 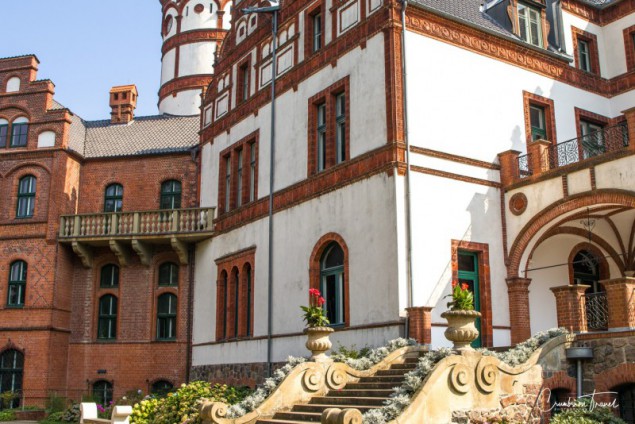 When you enter the manor there is a little fore-room where you pay an entrance-fee (if you want to take photos inside, you pay 1 € more) but there is no brochure or anything about the manor. I was very disappointed. Though you find lots of information on the Internet and there would be very much more to write here.

A curious fact: the name Wiligrad comes from the Arabic word ‘Wili-Grad’ which means ‘Great Fortress’. The place was described by Ibrahîm ibn Jakûb, a Jewish merchant from Spain, who visited in 965/967 the home of the ruler of the Obodrites (West Slavic tribe) which would be the Mecklenburg Castle. At that time it was an earthen wall with wooden houses inside.

We visited the little restaurant on the ground and had a nice lunch in the garden under a huge parasol before leaving. Very enjoyable but you don’t need more than a couple of hours to visit the Wiligrad Manor or Castle. 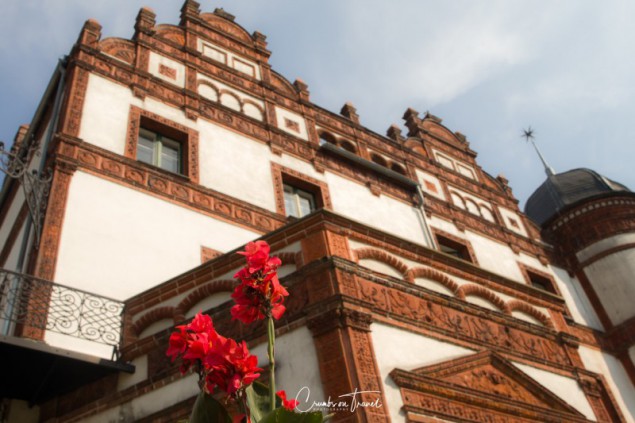 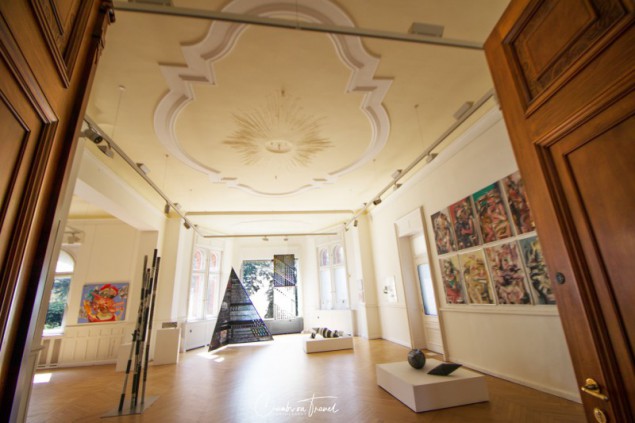 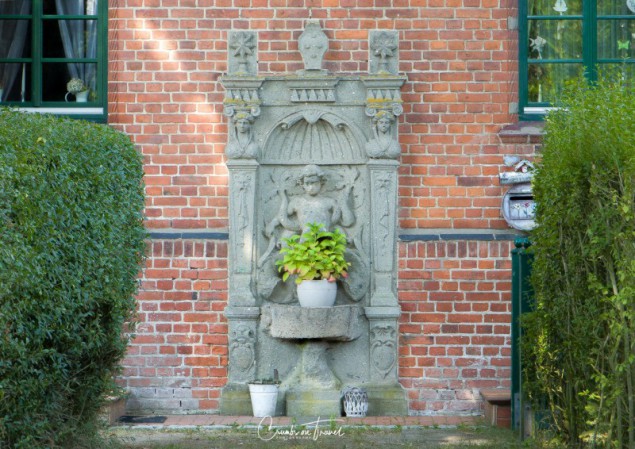 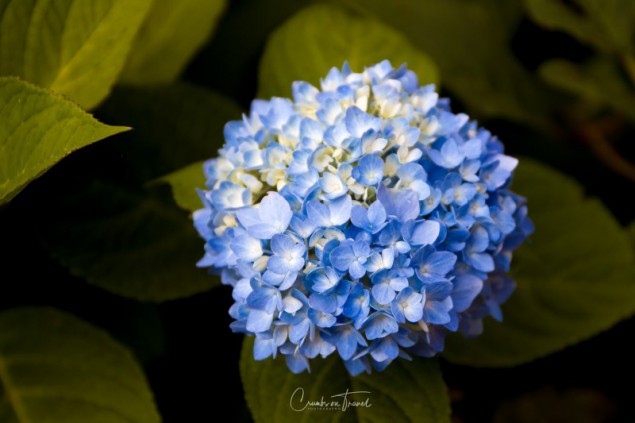 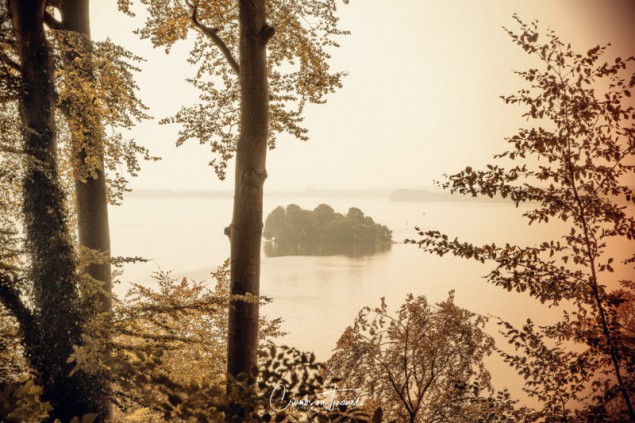 For more information:
More about the area Mecklenburg-Schwerin

3 in 1 - Three Churches in Schwerin
A Walk in the Old Town of Schwerin
Doors and Entrances in Schwerin
This entry was posted in Europe, Germany, Mecklenburg-Vorpommern, ON TRAVEL and tagged Schwerin. Bookmark the permalink.