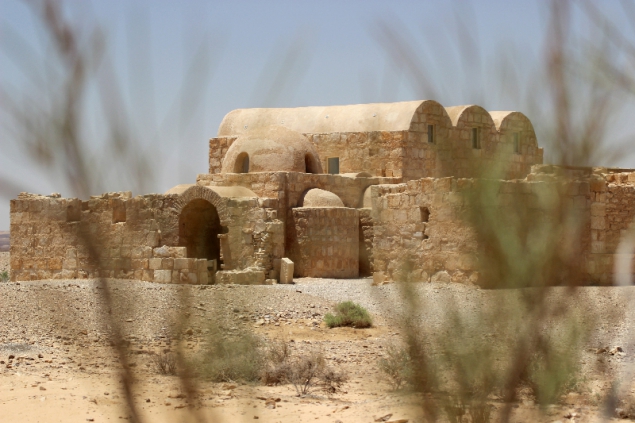 Desert castles are one of the main attractions in Jordan. On our way to see three of them, all east of Amman, the capitol of the country, we also visited Qasr Amra. It had an unexpected jewel: frescoes. The little castle has nothing to do with a castle but is a retreat and incredibly small.

Lying in the middle of a flat sand desert but with nearby a small river the structure impressed me first by its fineness and the yellow color of the sandstone against a blue blue sky.

The domed building was built in the early 8th century by caliph Walid II of the Umayyads. Originally there was also a real castle but today there are only the foundations to see. Maybe local people during the times have taken away the stones for new private buildings. 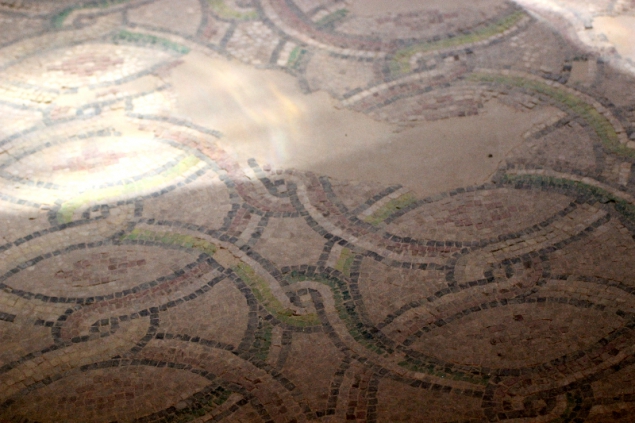 The Qasr Amra is a great example of the early Islamic architecture and art. The country cabin meant as a royal retreat and had no military function. The inner decorations are very unusual for the time and culture and today it is a UNESCO World Heritage Site. Of course, it is very tourist-y but on our stay it was nearly empty. 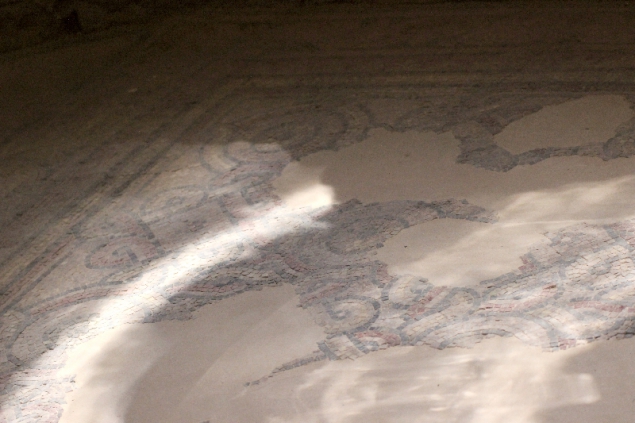 Historians are not quite sure who exactly built the retreat castle but it was for sure in 710 AD due the rain of a depicted king, King Roderick of Spain. The place was used for hunting and other leisure like feasts with music, beautiful women and poetry.

The rediscovering was made by famous traveler Alois Musli, an Austro-Hungarian explorer, theologist and orientalist, during his travels through Jordan. 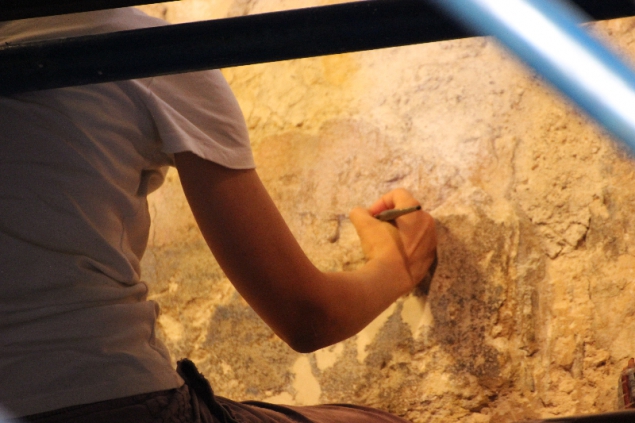 Most impressive are the frescoes inside the building. At the time I were there Italians were working on restorations and I could listen to their talks about the difficulties and pleasures to do this work.

Naked women, animals, the construction of the building and more are looking down on the visitor in vivid colors. A depiction of 6 kings show the caliph with emperors of neighboring powers: Byzantine, Visigothic, Sassanid Persian, Negus and another great unidentified ruler. A discovered Greek word (NHKH) explained the picture: rulers that were defeated. 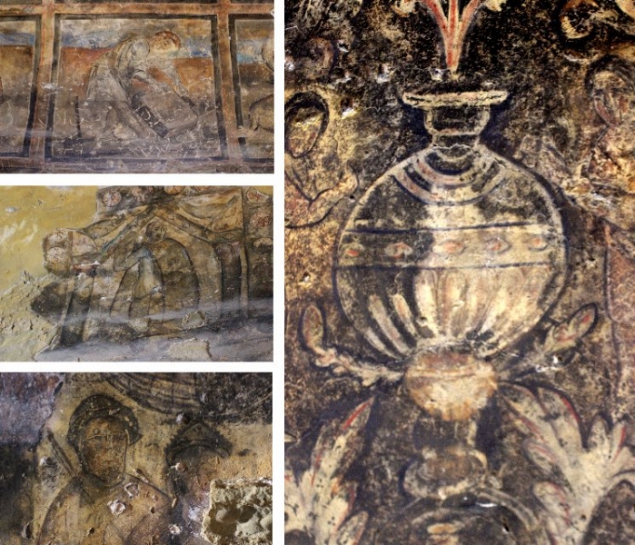 Not all pictures are clear in what they show or mean. In one, Christians believe to see a scene with Jesus, is there also an angel? I could not see all these things. But I liked the animals making music and the beautiful colors used to show this many pictures. In the tepidarium (bath chamber) there are plants and trees and a beautiful mosaic. In the caldarium (hot bath chamber) the ceiling is depicting a zodiac and other constellations.

As the ceiling of the caldarium is a dome, it seems to be the first sky painting ever done on a rounded surface instead of a flat one.

The frescoes show exactly what Arab physicians knew about their world. 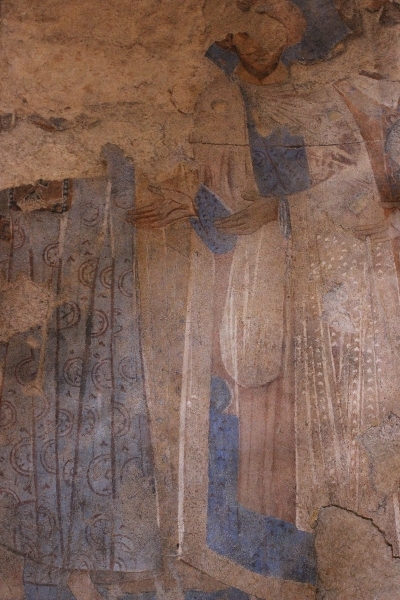 I loved the frescoes but also the whole structure. Lying in the middle of nowhere in a kind of valley it has something peaceful, calming. It is easy to think about leisure, women laughing, men in the bath chamber and musicians and poets performing their art. Outside there is a water well that makes the scene perfect for a movie.

I recommend to sit awhile just a hundred meters before the building and let the scene come into your heart. It looks amazing although it is a small place.

For further information:
Jordan Tourism Board
A Video on YouTube of Qasr Amra

The castle Qasr Amra can be visited with all calm, no guide available. Restoration workers are on sight. Entrance fee 2 JD.