Travemünde Strandbahnhof – A Jewel of History 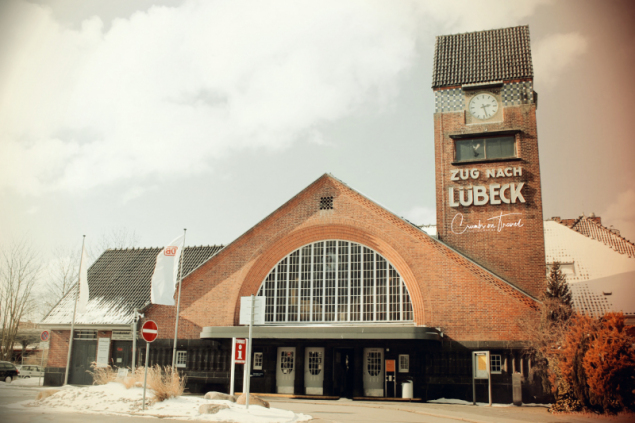 I dedicate this post to a special friend from Austria and to all the friends I still have in this little town at the Baltic Sea: Travemünde.
Some time ago a friend of mine came just for a few hours to visit me in my mother’s house and asked me about the railway station. I had to confess I knew nearly nothing about it. It was always there for me. So today – as I stay in the moment in Travemünde – I had a closer look at it. 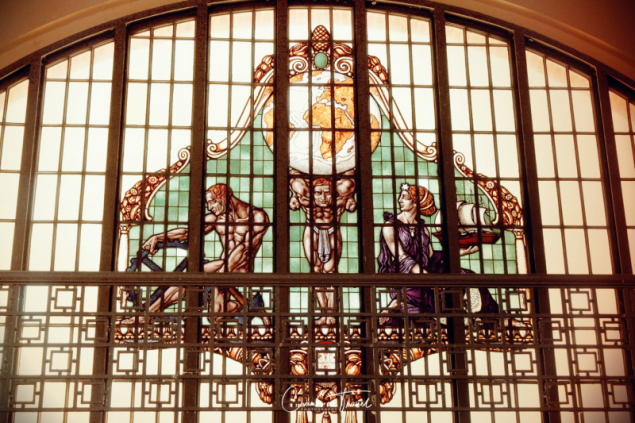 It is situated near to the beach, perfect in summer when tourists are coming for a beach day or long walks along the sea-shore. The beach is just a 3 minutes walk away. It is one of three stations in the town: first is Skandinavien Kai (the port of Travemünde), the second is the main railway station in the town center and the last one is the Strandbahnhof (which means ”station on the beach”). 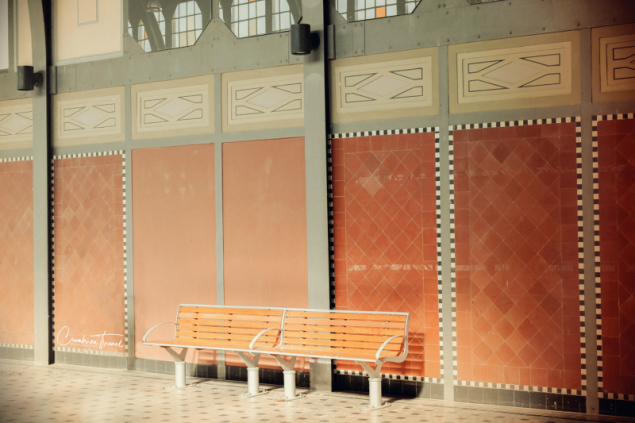 In 1882 the Lübeck-Büchen Railway Company started to build a railway between Lübeck and Travemünde. At that time Travemünde was already a very famous spa and seaside resort situated less than 20 kilometers from Hanseatic city of Lübeck. Today Travemünde is part of Lübeck. 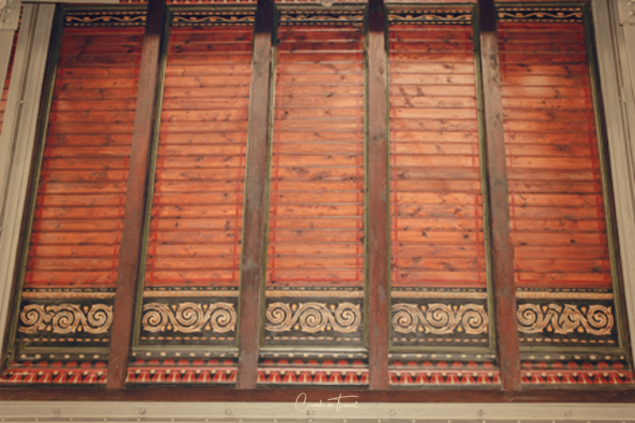 In the very first beginning the railway ended in the town center and only 16 years later they added the few hundred meters to the today Strandbahnhof. The station building was initially made of wood. 1911/12 the architect Fritz Klingholz – a famous architect who built the stations of Lübeck, Worms, Wiesbaden, Koblenz and many others – constructed the new stone building with elements of the Art Nouveau. 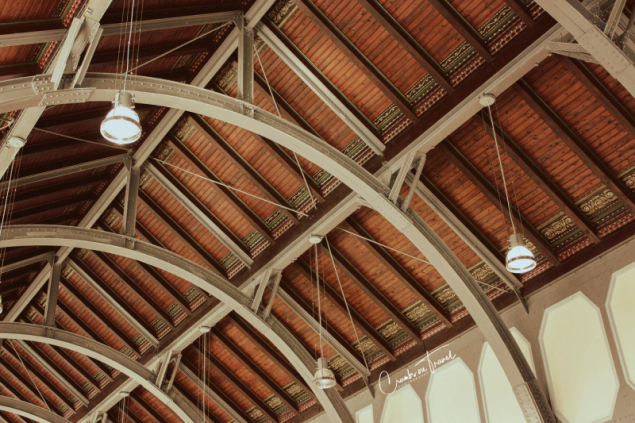 The steel truss building has a beautiful lunette of painted glass. The glass shows Hercules with the world on his shoulders. But its real particularity is the clock tower. It shows in large letters the time for the next departure to Lübeck. This is possible because the only station the trains are going is Lübeck. There it’s possible to change the train or the train sometimes also continues to Hamburg after a short stop. 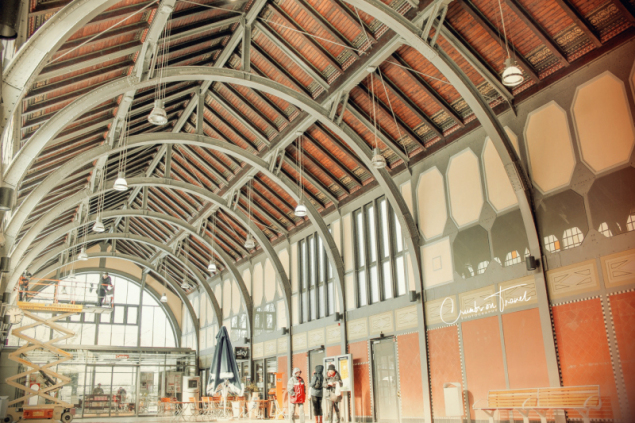 The railway station of Travemünde beach is a terminal, renovated in 2006 in the original style and has today restaurants, a few shops and the tourist information point ‘Welcome Center’. In front of the station there is the bus terminal (going to Lübeck, nearby villages and Niendorf/Timmendorf Strand). It’s possible to combine the tickets of the bus and the train. When coming to Travemünde don’t miss a walk to the train station and if possible take the train to Lübeck. It passes in a beautiful landscape with typical villages along the railway.
The moral of the story: it needs friends coming for a visit to know your own place of residence!

Postscript: The old station of Travemünde was sold to a private Investor who hopefully will do a good job. 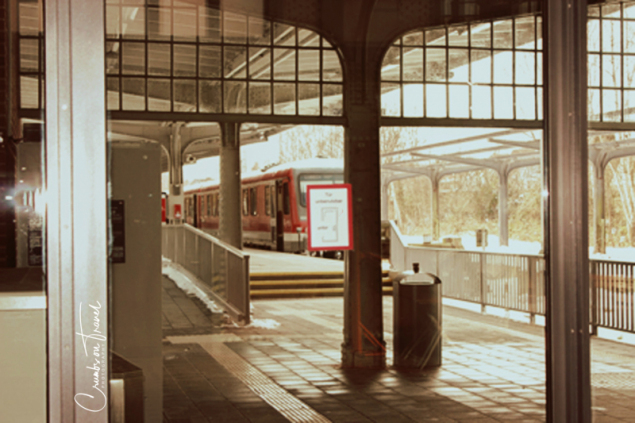 For further information:
very funny video about a train ride from Lübeck to Travemunde
old pic of the wooden station building before 1898 (article in German)

Travemünde Seen from the Giant Wheel
The Place my Mom Used to Live - Travemünde
Sailing with the “Mare Frisium”
This entry was posted in Germany, ON TRAVEL, Schleswig-Holstein and tagged travemunde. Bookmark the permalink.

4 Responses to Travemünde Strandbahnhof – A Jewel of History