The Yellow Chair – A Talk with Artist Christa Wächtler 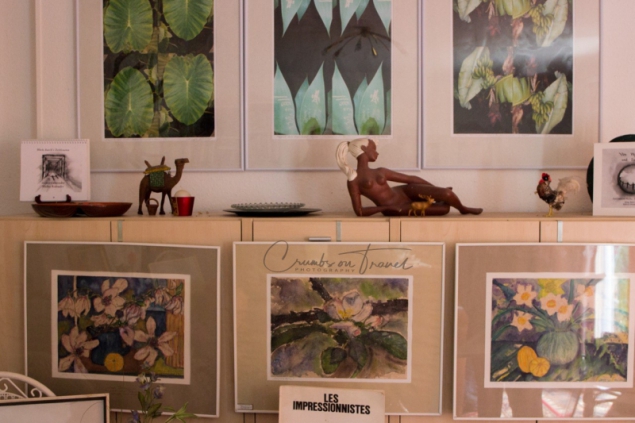 ‘Der Gelbe Stuhl’ is similar to the ‘Der Rote Stuhl’ I was already a few times. ‘The Yellow Chair’ is a smaller group of artists that are only in the community of Scharbeutz and surroundings. One of my friends – Petra Krabbemeyer of Creart (in German) – is participating every year.

I was in the area and wanted to go around to see some art, but also some of the typical houses and gardens/yards that make Schleswig-Holstein in summer so beautiful and special. Of course, it came different that expected. 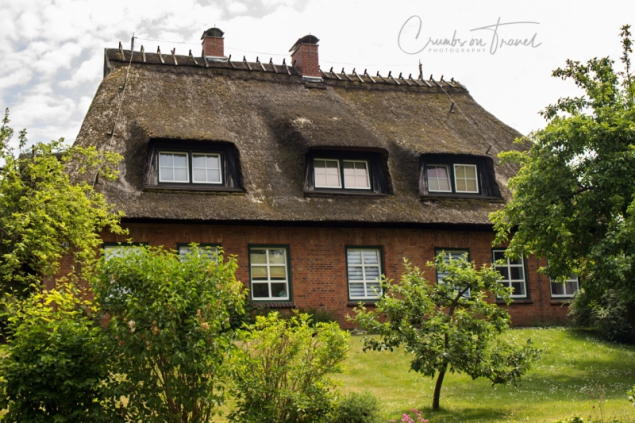 The first artist (and also the only one) we visited was Christa Wächtler. She is a pretty worldwide famous painter and poet from Sierksdorf. She lives in a nice old house surrounded by an amazing garden or yard, full of trees, bushes and flowers around a green green lawn.

Christa Wächtler was born in 1935 in Rostock, but grew up in Sierksdorf and studied Pharmacy and History of Art, later also Graphic. Since 1968 she is a self-employed painter and graphic designer. Since then, with the help and respect of her family and especially her husband, she participated in many exhibitions worldwide, gained many awards and is known in the highest artists’ world.

By that time she became also a lyricist and started to write Haiku poesy. She even designed her own fabric which was produced in Japan. She still is very active and produces calendars, photo compositions and paintings of different styles and is very agile at 83 years. 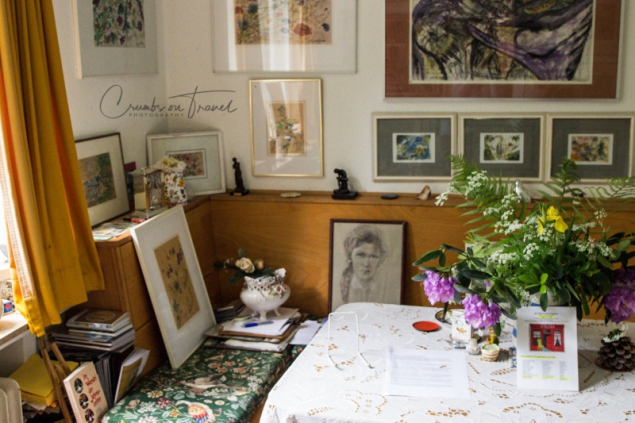 We had a very thorough walk through her house, full of art, with little space for living. Very different, very interesting. She explained some techniques she uses for photo compositions, paintings and more. She offered tea and cake and was very enthusiastic to show us her work. She speaks a very good English!

We had a very unexpected, long lunch-time walk through her house viewing her amazing work and were overwhelmed after the visit. We needed to relax and let all this sink in. So we went on a hunt for a still open restaurant as it was nearly 3 pm and most of the restaurants in Germany at this time shut down their kitchens. But we were lucky…. in Eutin. 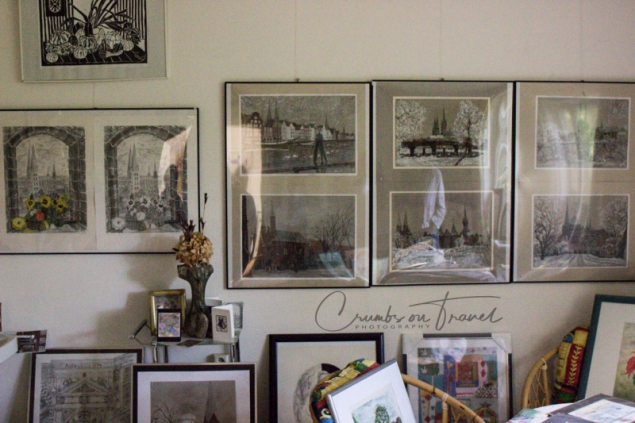 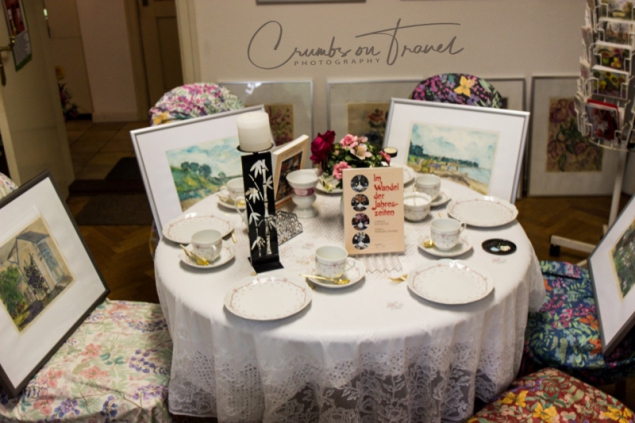 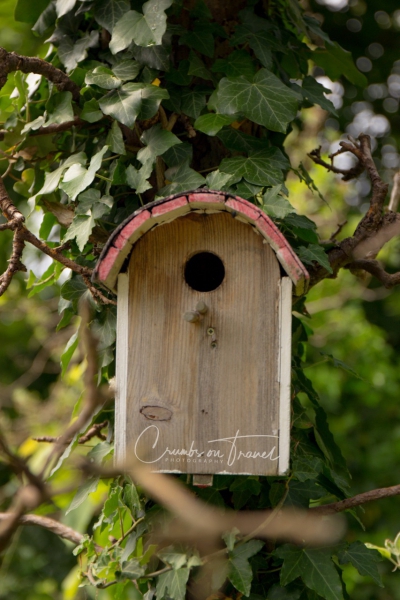 Fascinating Straw figures at the Probsteier Grain Days
A Weekend of Open Workshops in Northern Germany
Painting with Petra
This entry was posted in Europe, Germany, ON TRAVEL, Schleswig-Holstein and tagged art germany. Bookmark the permalink.