The Valley of the Moon with Sunshine 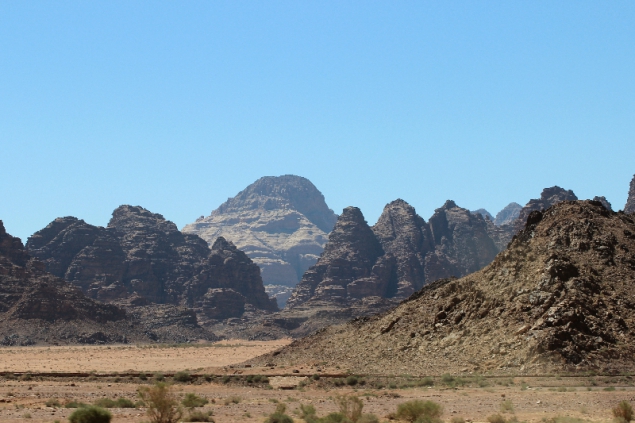 Deserts have something special: they frighten and they are magic at the same time. I have been in a few deserts in North Africa before though I was very curious about this Wadi in Jordan.

Wadi is the Arabic word for desert. Some call it Wadi Rum which comes from the Aramaic language spoken and written for more than three thousand years everywhere in the Middle East. It means ‘high, elevated’. Wadi Ramm is the Arabic translation. 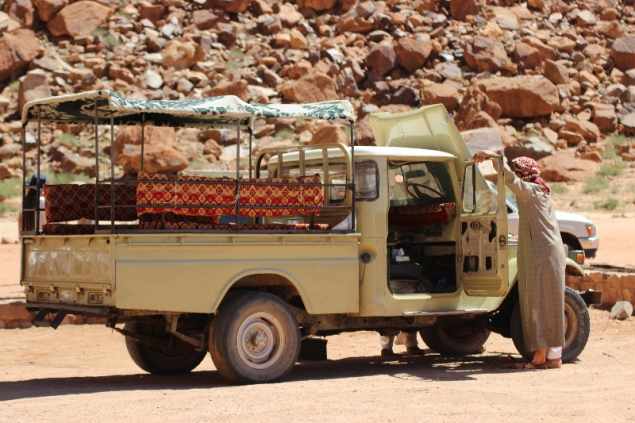 We started our tour to the desert from Petra and it should be a Jeep-tour. My friend was afraid of a racing-tour instead of sight seeing. But I think that would be great only in a sand desert with loads of dunes. 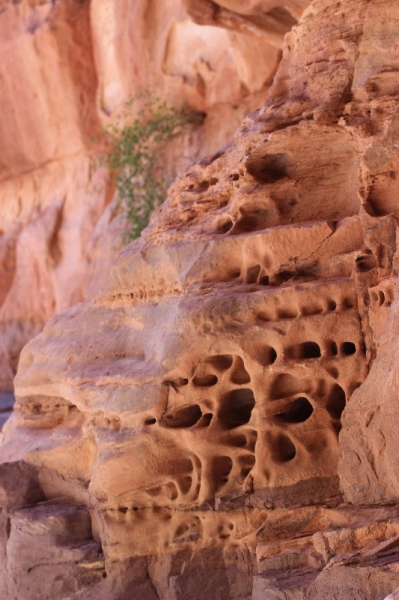 For thousands of years people lived in this at first sight unfriendly nature. They have been hunters, traders, pastors and farmers as well to survive and to prosper. We have seen some petroglyph and inscriptions in Talmudic language (an old north Arabian and pre-Islamic language) that demonstrate a great culture that once lived in this area. 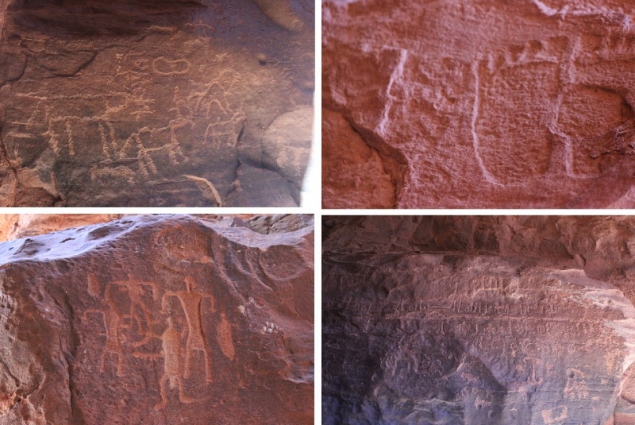 Wadi Rum became known during the Arab revolt in the beginning of the last century around 1917/18 and through Lawrence of Arabia.

The people living here today are still Bedouins and living mainly a half nomadic life in villages and goat-hair tents having goat herds and camels. I have known the Bedouins in other North African countries and found them always extremely friendly and hospitable. They are proud people, intelligent and open to the world without leaving their own culture.

Here in the Wadi Rum many of them are now specialized in tourism and offering camel tours, Jeep tours, hiking and climbing and even staying overnight in the Bedouin tents is possible. That is definitely something I would like to do once! 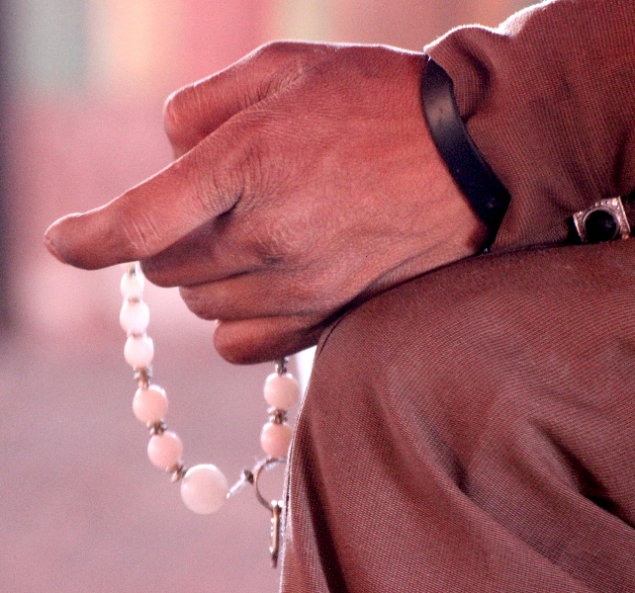 Wadi Rum is a protected area since 1998. Beside the ancient human cultures that left an amazing historical heritage there is the amazing nature. Tourists like us coming in the daytime under the hot sun are not seeing too much of it except some plants, birds and lizards. But there are living others as well.

Trees are rare, I just saw some acacias and fig trees. Tamarisks are also growing here but I didn’t encounter any. And some woody shrubs of which one is a shrub for soap. In fact our Bedouin guide got some leafs, rubbed them in his hands and added some water. Foam came out and soap was ready for washing. 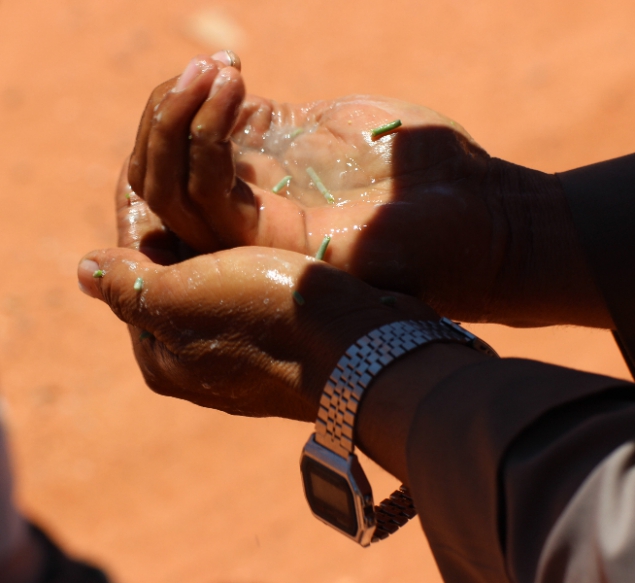 From birds I think I saw a common desert lark and an African rock martin. Could not ‘shoot’ them as they are too fast and I am too slow 😛
Early spring should be very interesting to do a bird watching tour as the desert is an important flyway for migrating birds between Africa and Europe.

I got a lizard sitting on a rock without moving and with great colors. Luckily I didn’t see any snake, especially no poisonous. I was not really enthusiastic about the huge ants but they just were curious and never got into the shoes. I know about scorpions living here and if sleeping in a tent overnight to better clear shoes first before getting in them.

Arabian oryx are left into the wilderness in 2002 to return this animal in his original nature after being extinct over excessive hunting. 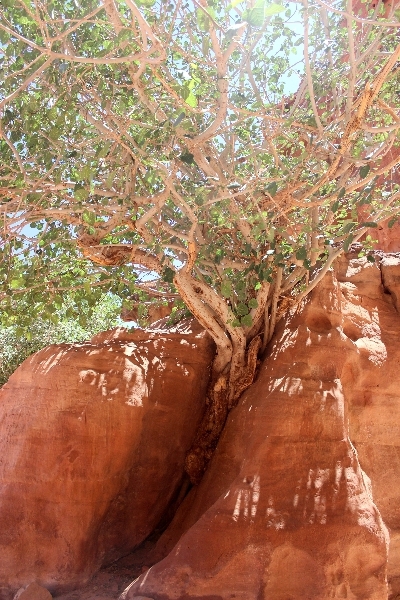 We took our Jeep tour from the visit center. Slowly driving on the sand roads towards some mountains. Most people were riding on camels here.

I learned about camels and their extremely social and respectful life within the group. They know exactly at what time they get water from the people and come in small groups to drink. When the first group is ready and moving away the second group slowly is moving in. A child camel is drinking from its mother only if she stops and never asked during moves.

While watching them drinking one female came just onto my side to drink and have a better look at me and my camera. Later she had a look into the Jeep as well. So amazing! These animals are giving a great peace and calm. 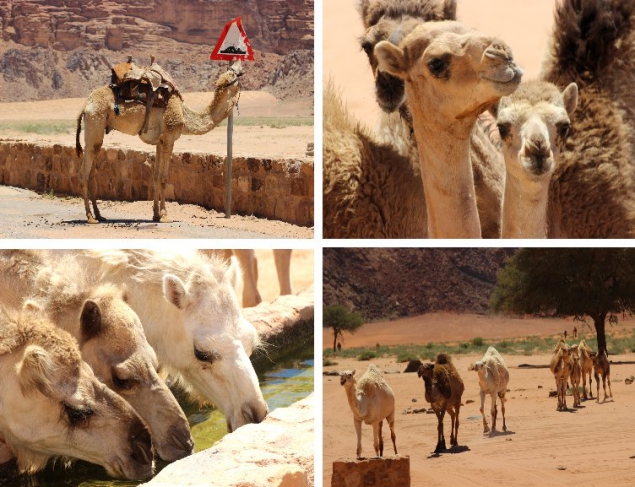 Local people as said are mainly Bedouins. They are from different tribes and their lifestyle is not anymore only nomadic. Many live in small villages within the protected area and do the tourism services. Their own original lifestyle could disappear in future. 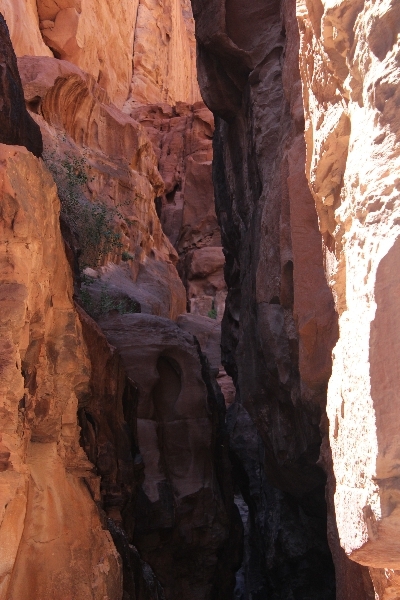 After our 1.5 hour tour with the Jeep, a small walk into a canyon to see the petroglyph of ancient people we returned to the visitor center for lunch. And I really recommend it because it’s extremely good and rich. Take the different meze and a main dish with French fried. The meze for us females were more than enough. Finish with the famous coffee or tea. You will feel light and satisfied after the meal, ready for a long bus trip back to Amman or where you want to go. 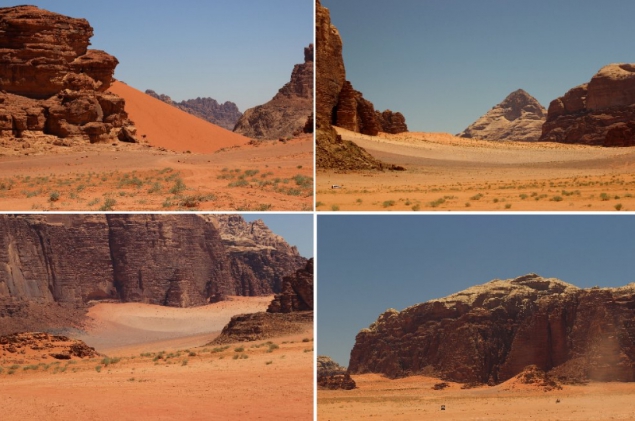 Protected Nature in Jordan
Unexpected Frescoes at Qasr Amra
Amman - Capital of Jordan
This entry was posted in Jordan, Middle East, ON TRAVEL and tagged Jordan. Bookmark the permalink.