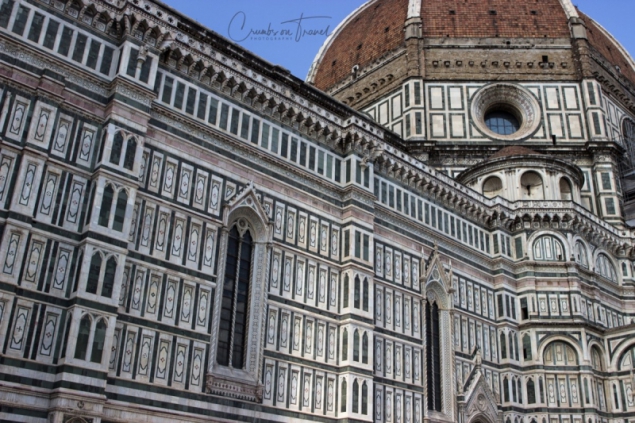 After Saint Peter’s Church in Rome and Saint Paul’s Church in London, today Santa Maria del Fiore is the third largest church in the world. At its time in the 15th century it was even the largest with its 153 m/502 ft length, 90 m/295 ft width and height. It is dedicated to the Virgin of the Flower which is an allusion to the lily, symbol of the city.

The cathedral is the third of Florence and is part of the religious complex in the center and one of the most visited places in the world. The exterior is richly decorated meanwhile the interior surprises with its simplicity. 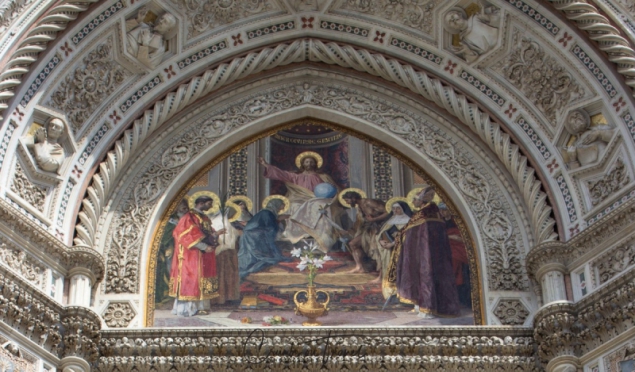 The church is built on a former church, Santa Reparata (Saint Reparata). The first stone was laid in 1296 after a design of Arnolfo di Cambio. He worked at the cathedral the first 6 of the 140 years in total. The work slowed down in the following 30 years and restarted only when the guild of wool merchants, l’Arte della Lana, took over. They assigned Giotto as master architect. He put most of his emphasis into the bell tower, today known as Giotto’s tower. Andrea Pisano worked shortly on the project when the Black Death put all to a halt. Only after, with a halved population, the city gave the responsibility to Francesco Talenti in 1349. It would take another 70 years and many other famous architects to complete the church and in 1418 there was only the dome uncompleted. Brunelleschi won a competition to finish the work. In 1436 finally the church was consecrated by Pope Eugene IV. The most impressive was the octagonal dome without any supporting wooden frame.

Though the outside decoration was still uncompleted and would not be finished before the end of the 19th (!) century. 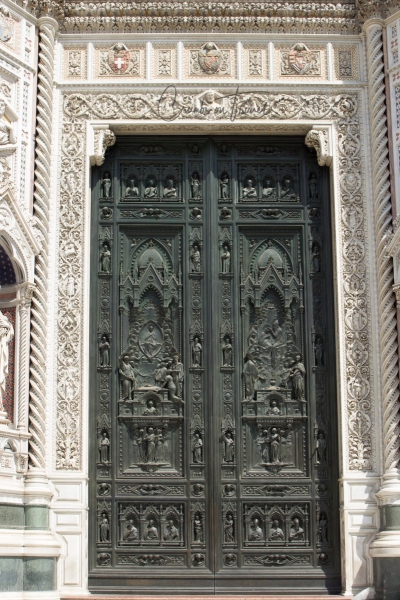 The facade outside is amazing and it seems to take ages to see all the many details. It has a unique beauty and you expect something equal when you enter the church. But, oops, it’s just the opposite. The bareness and the height give a pretty empty impression. It reflects the religious ideas of Girolamo Savonarola, a 15th century Dominican friar, preacher and reformer.

Inside the church we have seen the Santa Reparata remains and the crypt with the tomb of Brunelleschi. The church is impressive because of the height and especially the dome. I tried to get a time to go on the dome but it was booked out for the next whole week. So this is definitely something I would recommend doing online before going to Florence. Though you don’t need to book in advance the bell tower, which gives a very similar view, I would say.

Just seeing these three monuments – the cathedral, the bell tower and the baptistery – it took a whole day. It’s something to consider when you organize your trip to Florence. 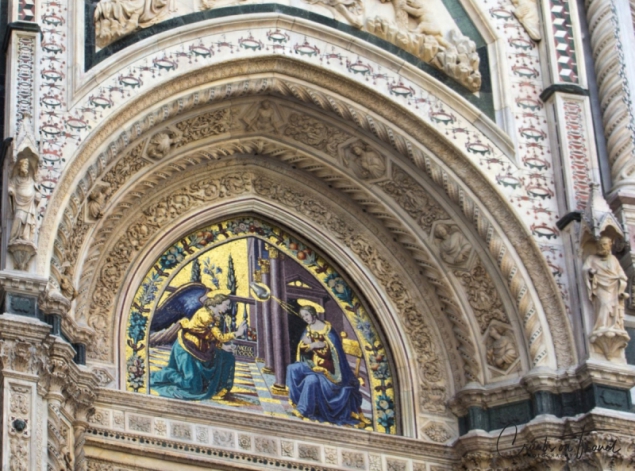 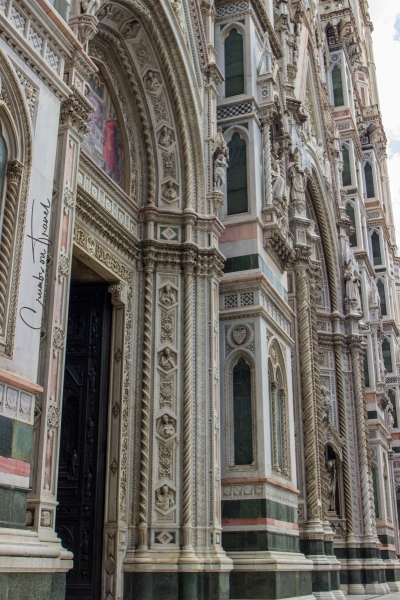 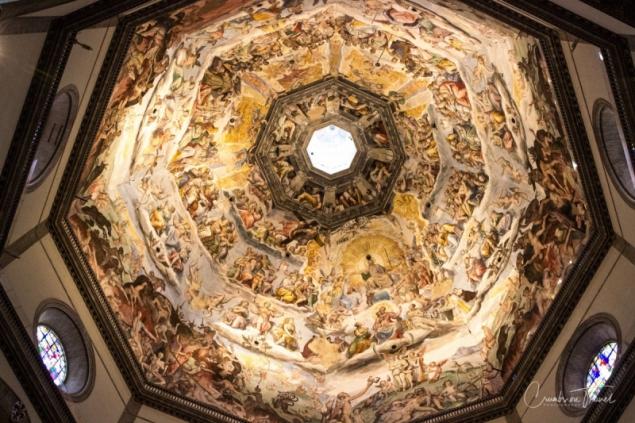 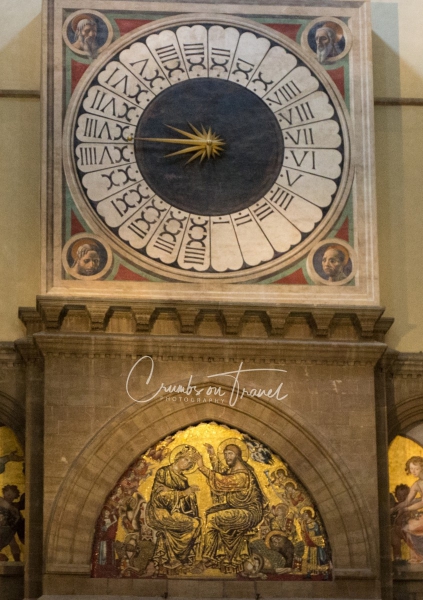 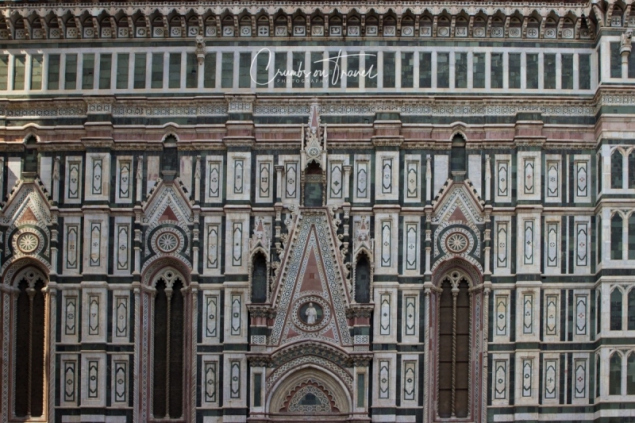 One of the Oldest Buildings in Florence – The Baptistery
With Michelangelo in the Uffizi in Florence
Santa Maria Novella – The First Great Basilica of Florence
This entry was posted in Europe, Italy, ON TRAVEL, Tuscany and tagged florence. Bookmark the permalink.