The Sweet Waves of the Danube 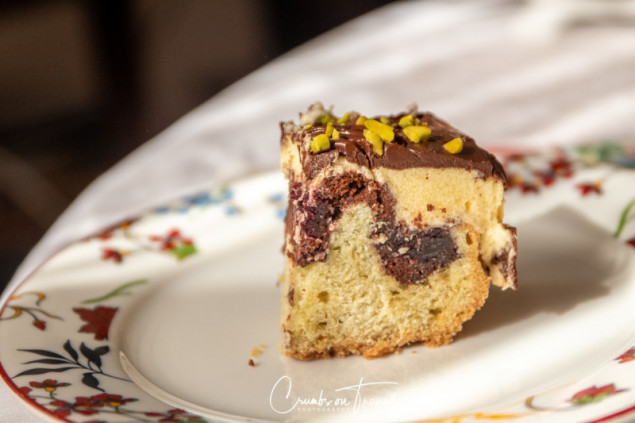 The Donauwelle is a typical German and Austrian sheet cake. It has multiple layers covered with chocolate. It is perfect to celebrate the Anti Diet Day! 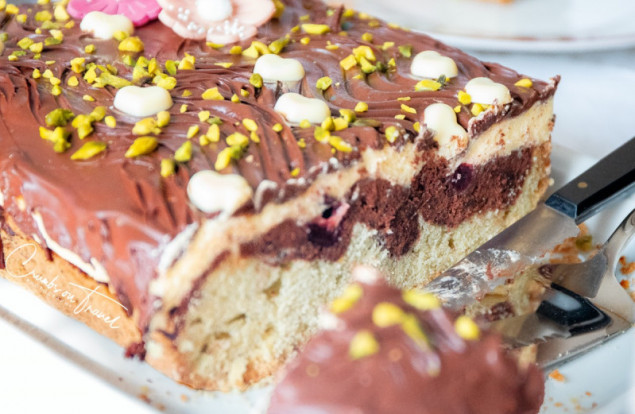 Today is World Anti Diet Day. What is better than making a nice cake? I made this cake for a friend’s birthday. It is one of her favorites but any day in the year is perfect for it.

I found a recipe on Gluten Free in German. I used ghee instead of the butter and xylit as granulated sugar. The required milk I substituted with cashew milk. The pudding powder I used a gluten free. Chocolate at minimum 80 %. I added vanilla paste. For the rest I just did exactly what the recipe says.

It is a cake that needs a little attention and is not that fast throw-all-together-mix. The batter wants to be slowly prepared, one ingredient after the other added, always mixed well in between. The batter is then divided in a plain layer and a chocolate one (2/3 and 1/3), the sour cherries are spread all over the cake and slightly pressed in the batter. This way they form waves later after baked. The buttercream is fluffy and light as it has mainly vanilla pudding as base. 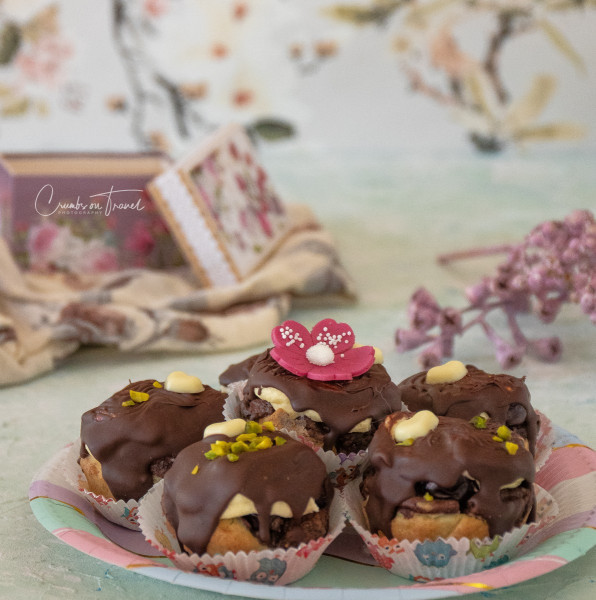 I wasn’t sure how the cake would taste to the others of the birthday party because I never had Donauwelle before. But apparently they all liked it very much, thought it was very similar to the traditional one. The cake was nearly gone in the end. Very satisfying to me. And yes, I liked it, too! 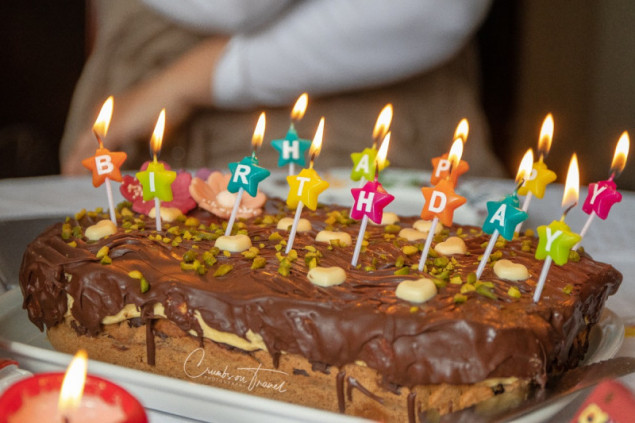 You can make also muffins with the Donauwelle. In this case make only thin layers in order to get a good size.

This entry was posted in CRUMBS, desserts, recipes and tagged traditional german pastry. Bookmark the permalink.

One Response to The Sweet Waves of the Danube