The Nabataeans – One of the Greatest Cultures of History 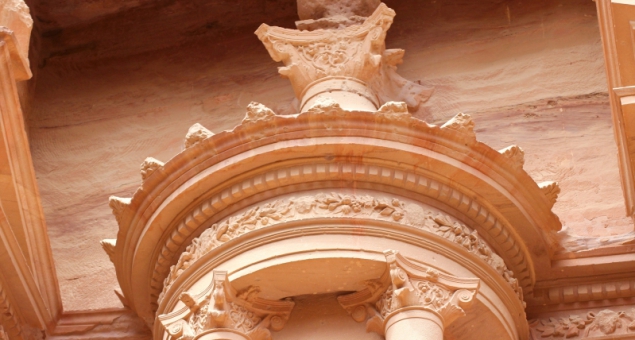 Maybe one of the greatest nations and cultures ever lived in the Middle East. 2.200 years ago the Nabataeans moved from the Arabic Peninsula to the south of Jordan to found one of the most beautiful cities ever.

The Nabataeans were a Nomadic group but moving to the south of today Jordan they started to be half settled. As organized traders ad they settled along the most important trade routes between China, India and the Mediterranean world. They came across a lot of different cultures which they embraced openly and took the best from everyone. 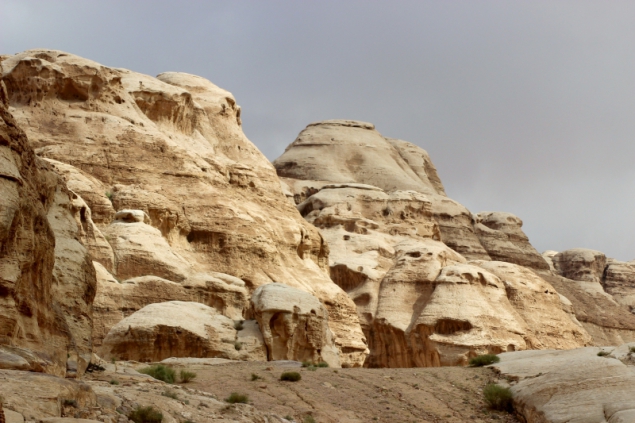 They were skilled workers especially in copper and bitumen but used their intelligence and trade abilities to get much more. They secured the caravan trade routes with their knowledge of water supply and the ways in the desert. From a first plundering Nomadic tribe they evolved into a diplomatic culture by controlling and levying tolls.

Their main trade was myrrh and frankincense along the Incense route between South Arabia and the north. They shipped as well spices by boats from Ethiopia, Somalia and India as well. 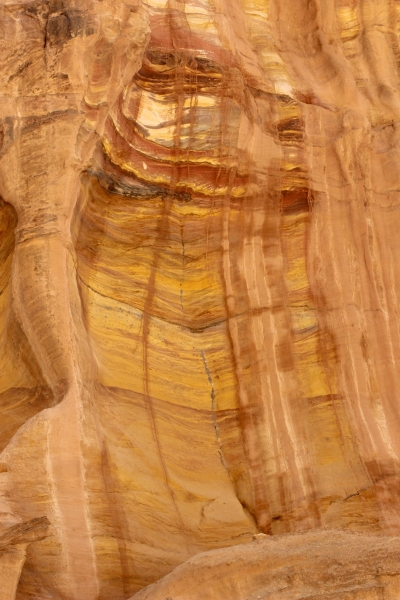 Main location was their main city: Petra. This enormous city in ancient times had four points where they received the caravans offering bank facilities, fresh animals and hospitality handling logistics and processing products. Therefrom they moved the goods to the ports of Gaza and Alexandria for shipment to Rome and Greece.

Different to other nations which established real empires the Nabataeans only established influence. But this was spread from Syria to Rome. Under King Aretas III they controlled and taxed the whole area’s trade which stretched from northern Arabia to Negev and Sinai. Under King Aretas IV (8 BC to 40 AD) Petra had more than 30.000 inhabitants. 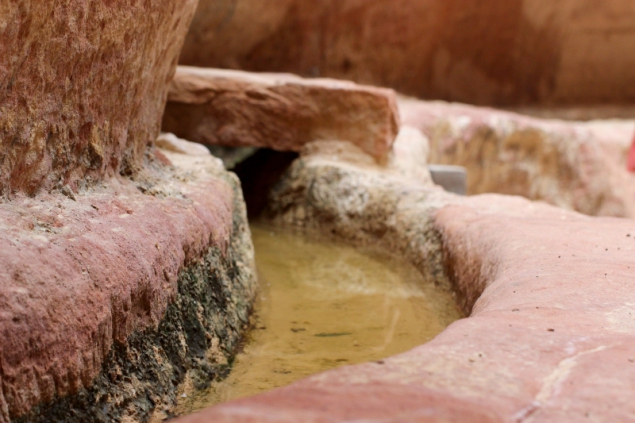 But after 106 AD trade routes changed with new sea trade routes via Red Sea and Palmyra, another great city but in Syria. The Nabataeans influence shifted away like the trade and the Romans assumed control of the zone and Petra.

The city was not abandoned but the Romans gave the city a more Roman touch now. Emperor Hadrian visited the city in 131 and in the 3rd century it became again a capital city, this time of the province of Palestrina Tertia.

In less than 200 years there were too major earthquakes and after 551 most of the city was ruined and abandoned. None ever heard anything anymore about the great city of the Nabataean people. 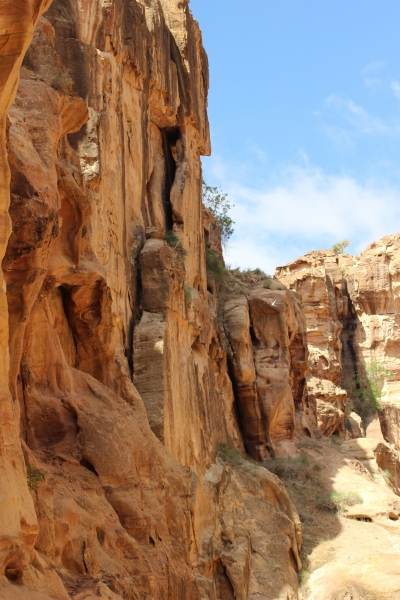 Only in 1812 a young Swiss explorer, Johann Ludwig Burckhardt, curious about a hidden city so beautiful that it doesn’t seem real, with a little lie arrived in the mountains of Wadi Musa. And passed as the first European after centuries the long Siq.

In the 19th century Petra was overrun nearly by poets, artists, archaeologist and travelers. But the first real archaeological team arrived more than 100 years later in 1929 and a never ended excavation started. Till nowadays they are still unearthing parts of this rich city with so much history. Even from before the Nabataeans when there were Neolithic villages around the area. 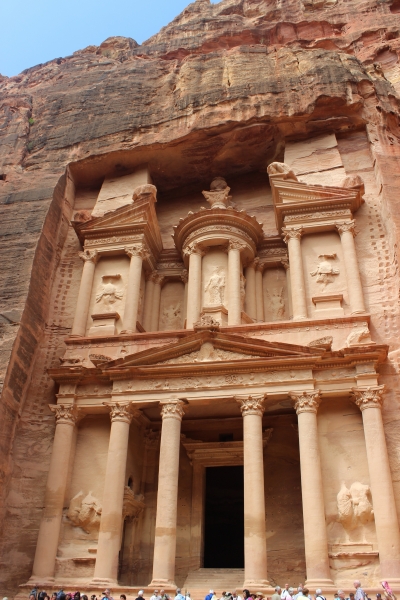 It’s nearly 100 years of excavation and still there is so much to explore and discover. In 1992 were unearthed the mosaics of the Petra church and only in 2003 they discovered a tomb underneath the Treasury.

This beautiful city has its fascination not only because of the hidden place and the moving history, but also because of its incredible beauty out of the nature – the colored sandstone is so special! – and the cultures that had their influence in architecture with so much harmony. 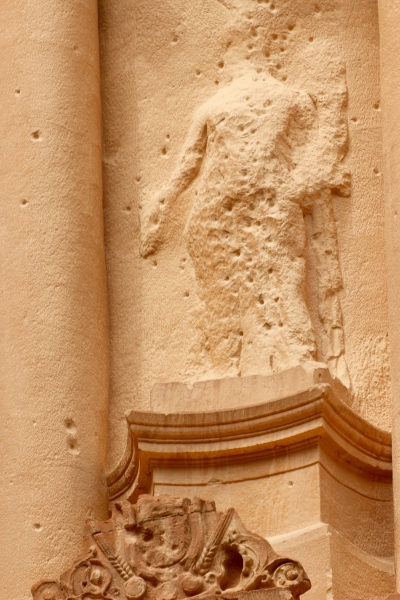 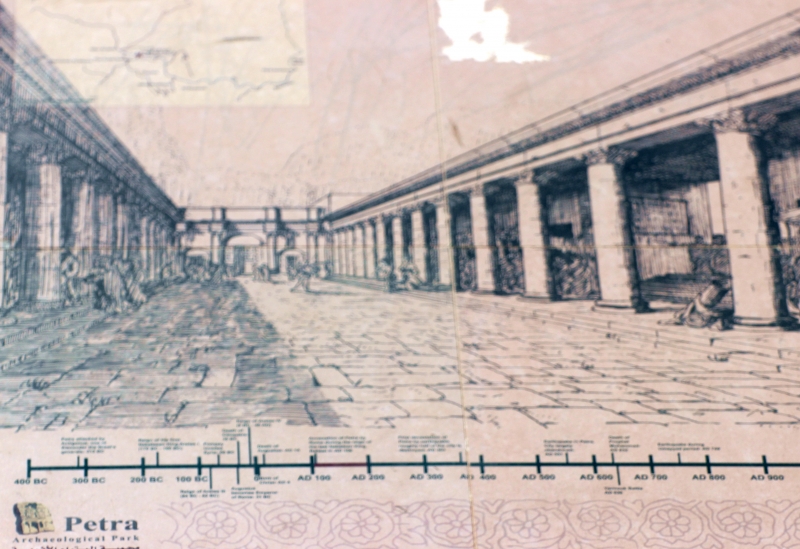 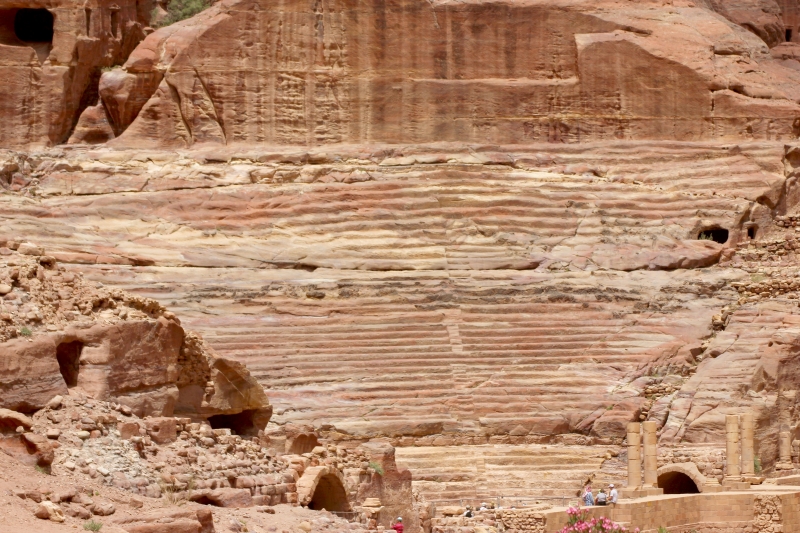 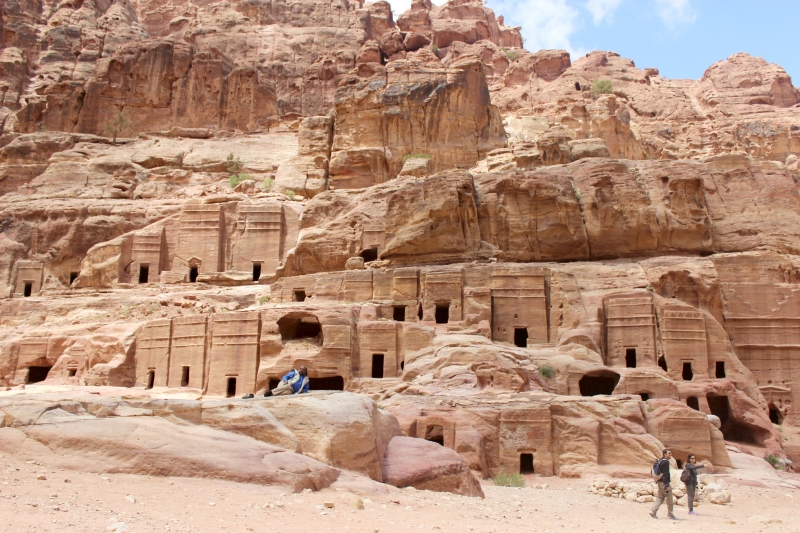 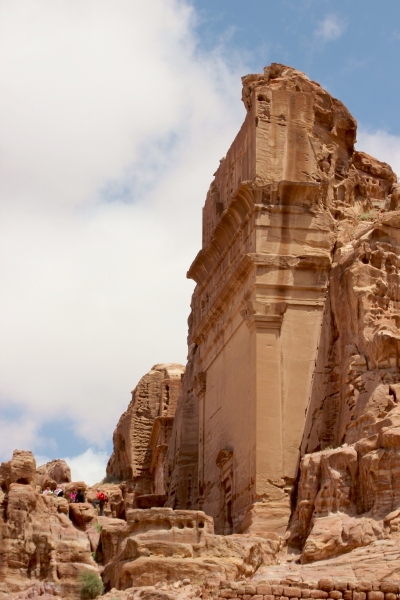 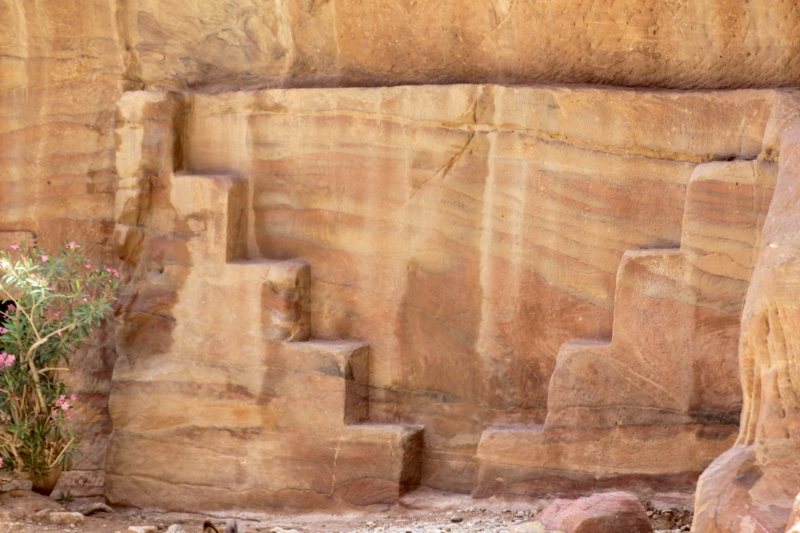 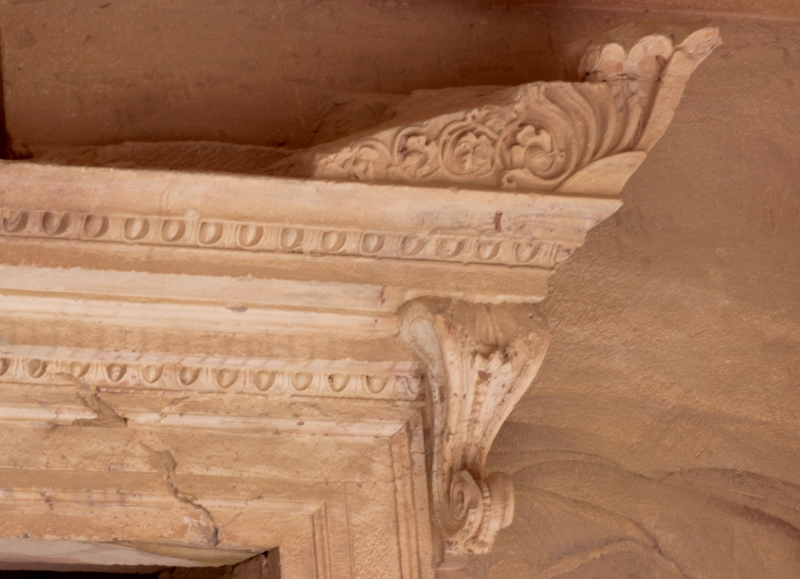 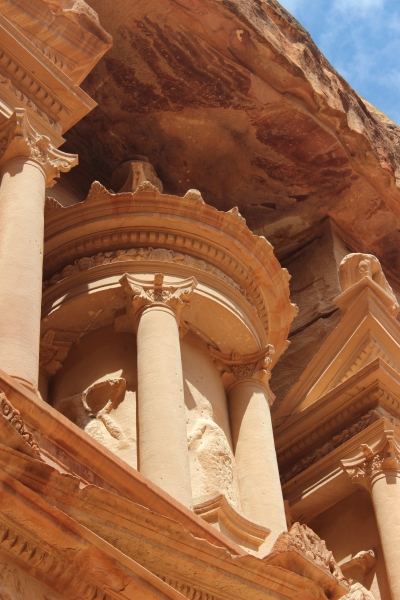 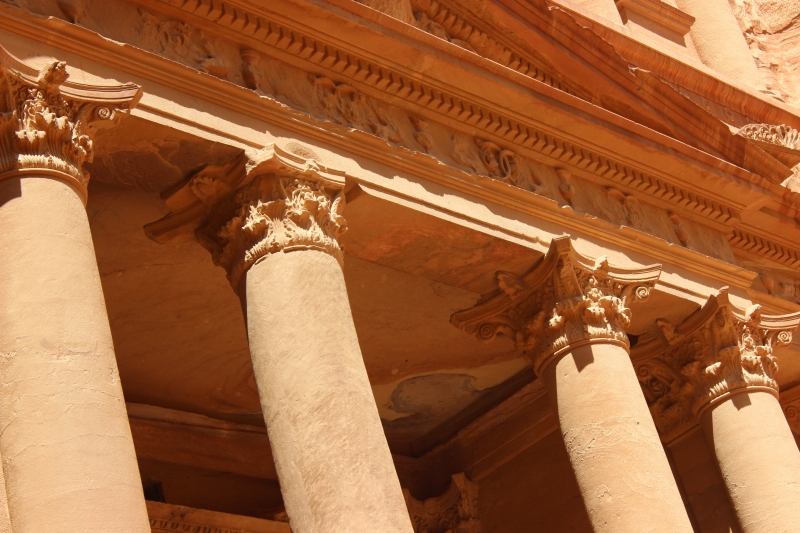 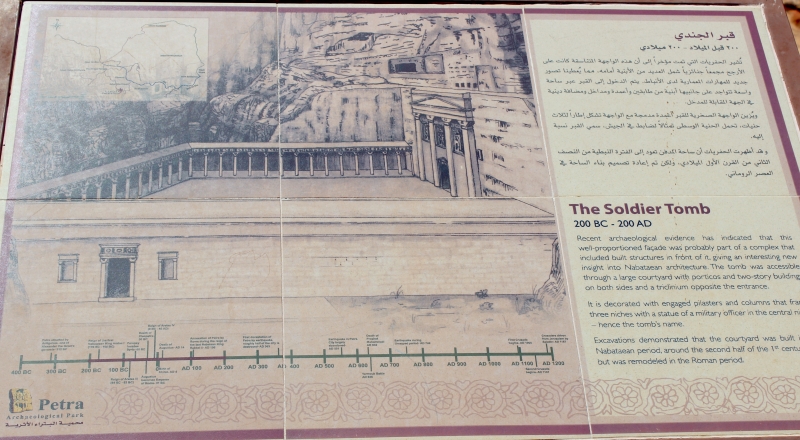 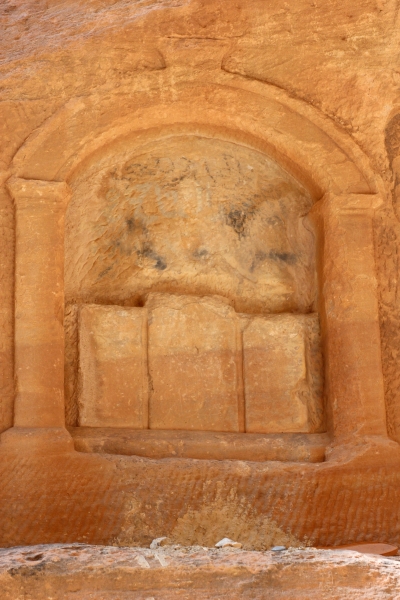 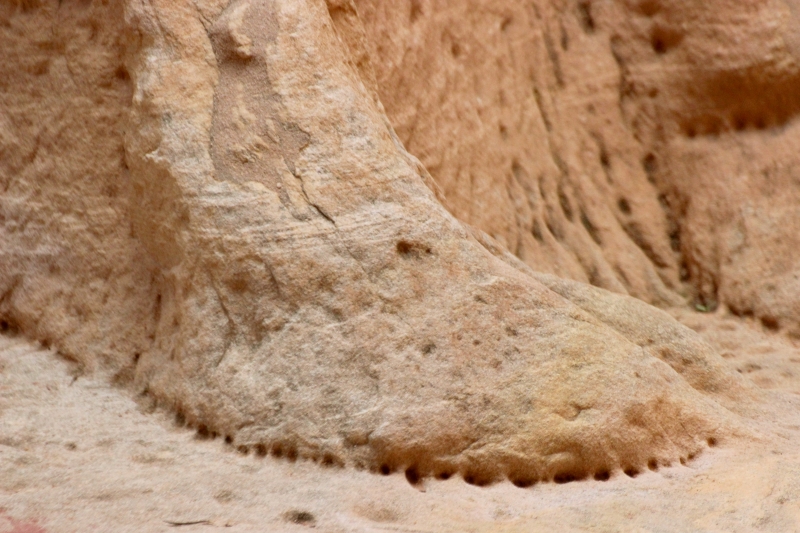 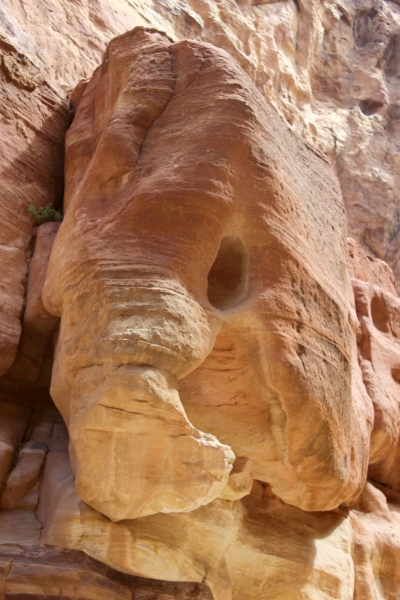 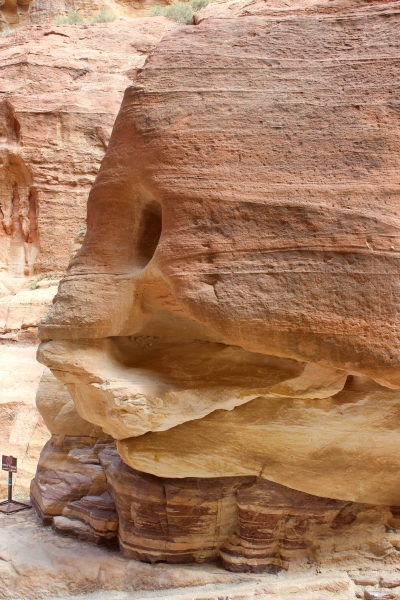 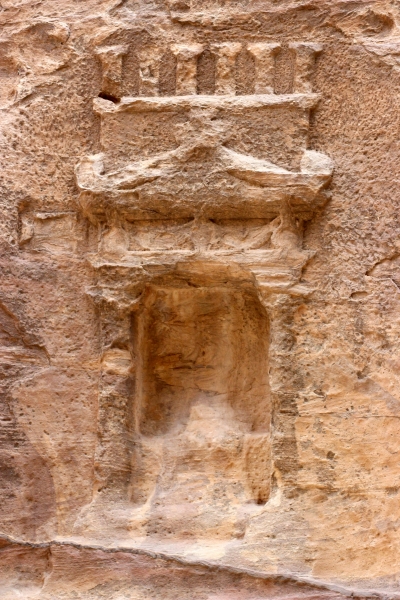 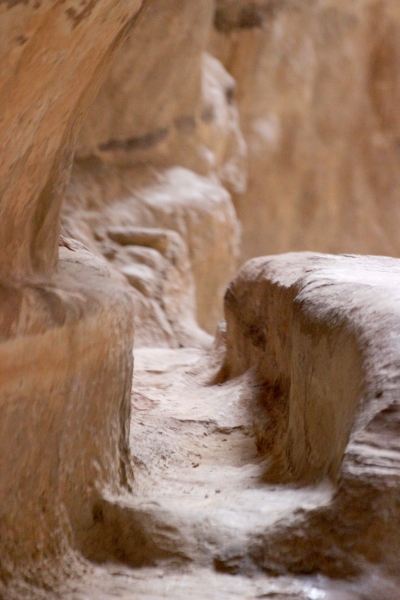 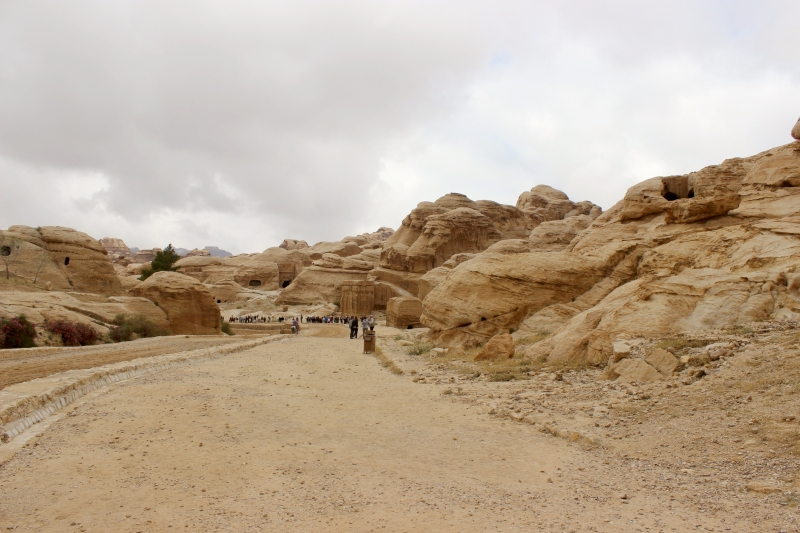 Jordan - Between History, Modern Life and Desert
Sleeping in the Amman International Hotel
Grand Canyon or Wadi Mujib
Be sociable, tell others!