The Leaning Tower of Pisa and Two Pairs of Shoes 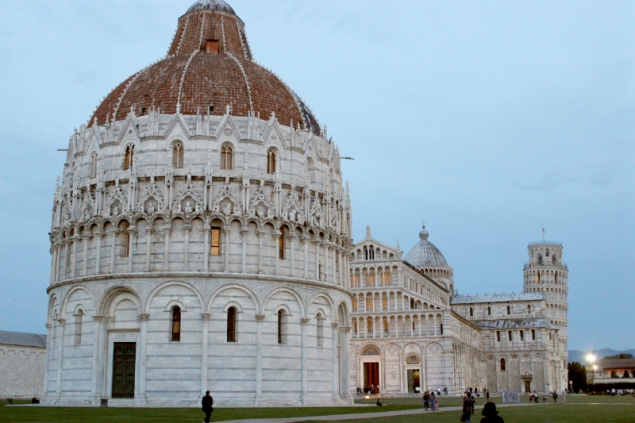 Just staying outside the city of Pisa in a nice apartment complex after 5 days I finally decided to have a look at Pisa itself. I visited a lot of places in the Pisa area but the town itself didn’t attract me till now.

So one evening – because many people told me the evening is best to go because of the many tourists are gone – I drove into the city just to find out how easy it is to find a parking place without paying and just a few steps away from the main sights.

And these main sights for me was the Piazza del Duomo where the leaning tower stands. The symbol of the city. 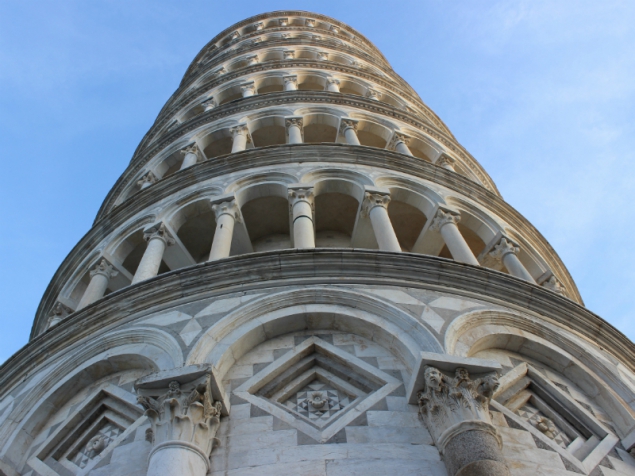 I have seen that many years ago when I was a young girl and wasn’t so much impressed. I was curious this time because I know the ways of thinking are changing with the years. But this time it wasn’t. I thought the same the tower is funny to see but not really impressive. When I asked for going up – a great option to see the city from a high level – I said “No thanks”: 18 € just to go up nearly 300 steps and being before in a waiting list as well. Wooow….

Why the leaning tower is leaning? Well it’s very easy to explain and very often to see. Built on a sandy underground that doesn’t give any hold in the time buildings start to lean. I found good examples in Lübeck, Germany, which city is built on a sandy island as well.

The tower is over 55 meters high and the walls are unimaginable 2.44 meters wide at the bottom and the center of the tower is nearly 4 meters aside of where it should be if centred.

The tower was started to built in 1173 and was finished only 199 years later. But the construction itself started to sink after only 5 years work! Due to wars they stopped the work for almost an entire century. They started a new strategy with one side taller than the other – to prevent the sinking on one side. The tower was finished in 1372 leaving a light curved, leaning tower with 7 bells. A survival act was given in the late 1990.

Instead of the leaning tower I’ve been in the Duomo (cathedral). It is just aside the bell tower and really amazing.

The medieval cathedral is dedicated to Santa Maria Assunta (S. Mary of the Assumption), five-naved and the construction began almost in 1064 in Romanesque style. Grey marble, colored marble and white stones create the typical facade for the time and area. 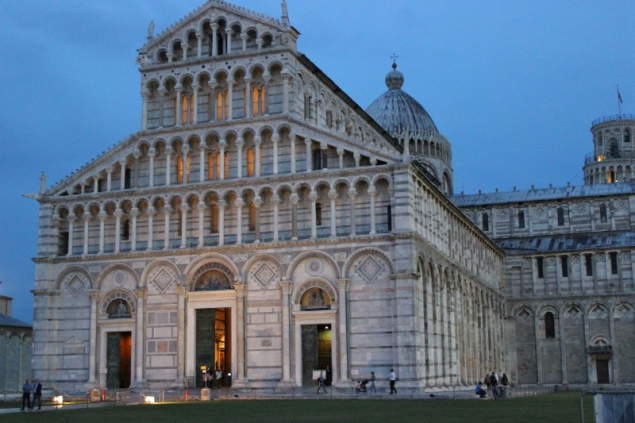 Very impressive the coffer ceiling in the interior. But also paintings, mosaics, the pulpit and the high marble columns are amazing and let anyone with an open mouth – or at least me.

Unfortunately there were a few fires that destroyed every time a lot of the interior and it had to be decorated again. No one knows today how the cathedral was originally. Different to the leaning tower this one has tilted just a little bit.

Don’t know why but walking between the columns I was thinking about Romeo and Juliette or other two lovers trying to see each other during a holy mess. I can well understand how much people in those times were impressed by so much beauty – as I am today as well. A glory to God… 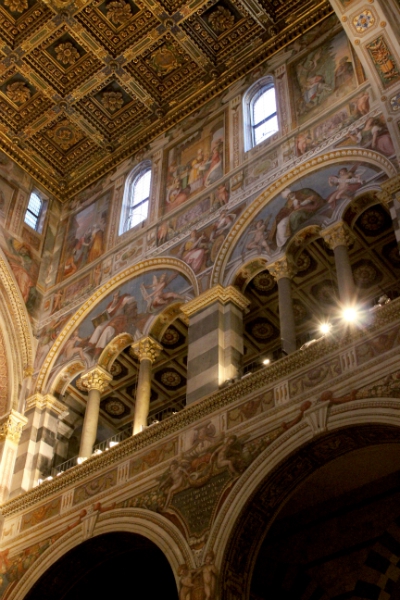 The baptistery I haven’t seen from inside. I had to go again for another ticket and it was already late. My friend wanted to eat something and having a look into the still open shops. Which ended in buying two pairs of shoes and dinner at home. But we had a lot of fun and for sure next time I will have a look to the other sights as well.

So my stay in Pisa was short, interesting but not surprising. 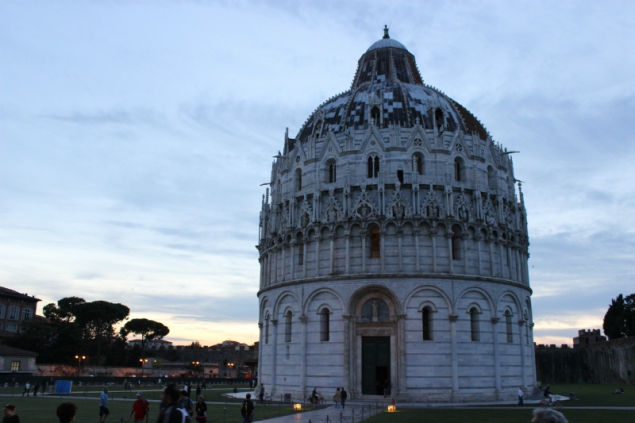 For further information:
About Pisa
About Tuscany

Driving in Italy - Urban Wildlife in Tuscany
A Culinary Walk Through Tuscany
Devil’s Bridge and a Convent at Borgo a Mozzano
This entry was posted in Italy, ON TRAVEL, Tuscany and tagged Pisa, Tuscany. Bookmark the permalink.