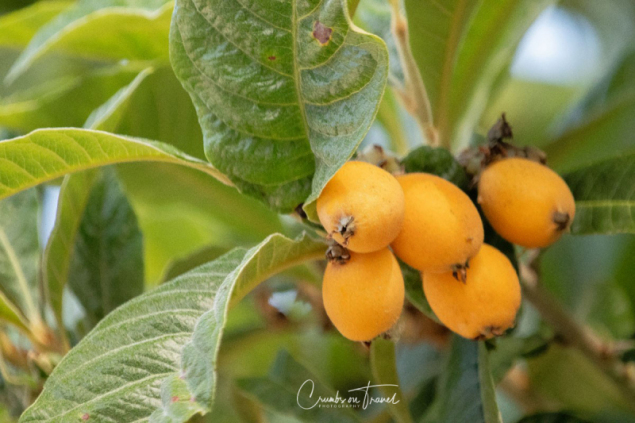 The large ever green shrub or tree of Japanese medlar, or also called loquat, is a very common fruit tree in Italy. Its yellow fruits look like small peaches, the taste is a mixture between apple and pear. It is a very juicy fruit and best fresh from the plant.

You find them in nearly every garden in Italy, or at least in the south. It is a very popular fruit tree here and the Italians are eating the fruit straight from the tree. I never liked them very much, but maybe because the fruit were offered to me only when very ripe. And I don’t like ripe fruits as they are very often too sweet for me. 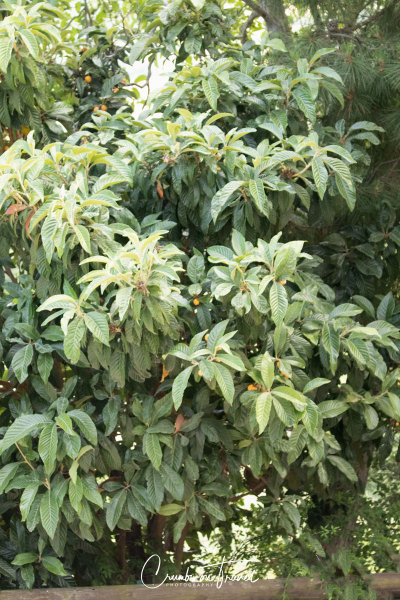 The loquat is a plant of the rosaceae family. Japanese medlar is a misleading name as it is not part of the genus Mespilus, though in Germany it is called Mispel (japanische Wollmispel). It Italy you will find it under the name nespolo.

The shrub like tree has dark green leaves, very big, long and hard ones. The fruits grow in clusters. They have a few stones, which are a little soft and I think beautiful. The fruit is refreshing and juicy. The skin a little harder and can be eaten or just left.

The plant comes from Asia, China mainly, but today it is home nearly in all over the world. In Europe maybe since the 19th century. The white flowers appear in late autumn/fall into winter, the fruits only half a year later. Vitamin A, B6, potassium and manganese are the main nutrition values. 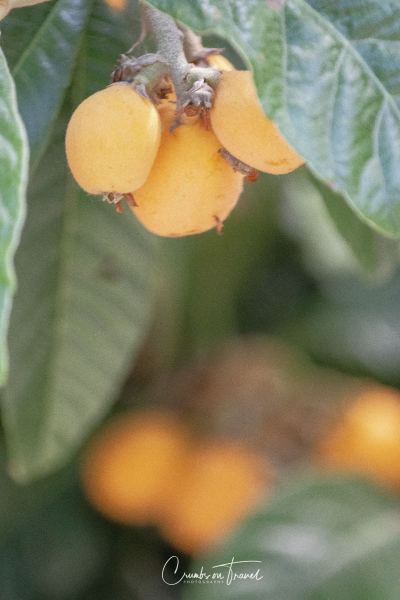 Like I mentioned above I didn’t like them very much. But I have the habit trying sporadically what I don’t like very much. Sometimes it’s a dish just prepared differently or maybe another status of ripeness that makes the significant difference to me. And when a friend gave me some picked straight from the tree I thought they have a perfect taste: refreshing, lightly sour and very juicy. I ended up to pick them everywhere I could find them and prepare nespole juice.

Chutneys are also very common, like jam or jelly. They are also used as a natural sweetener. One of the most popular alcoholic drinks in Italy is the Nespolino, made with the seeds of the fruits. In Sicily you can find nespole honey. 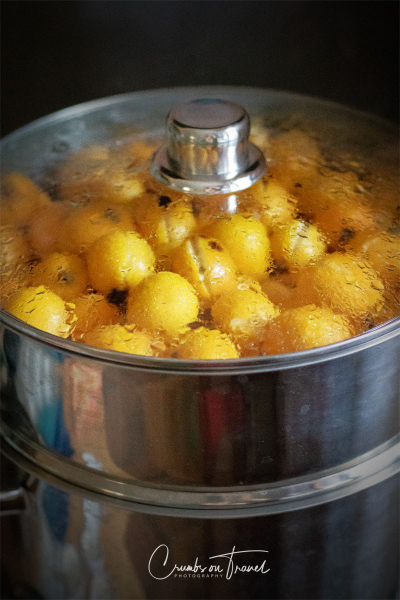 I decided for myself that I like the fruit. This year I made several bottles of yellow-orange juice I will enjoy this winter. Next year maybe I will also try some jam and chutneys. About juicing I will write a separate article.

Do you know this fruit? Do you have a shrub/tree in your garden and maybe thought it is only ornamental? Try them, they are really a wonderful surprise! 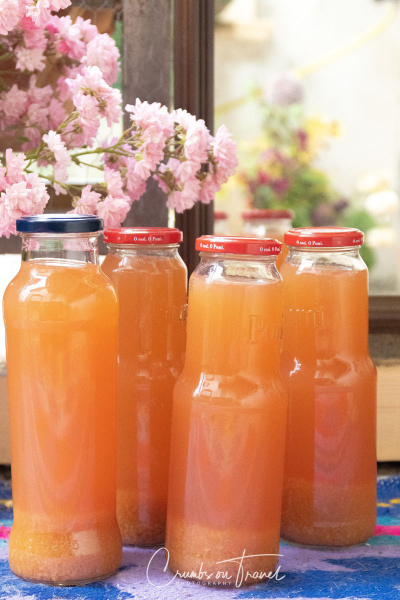 This entry was posted in CRUMBS, preserves and tagged preserved. Bookmark the permalink.