The Italian Version of Pretzel – Taralli 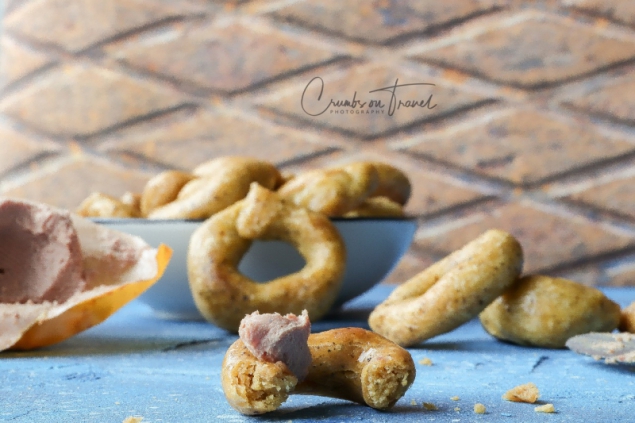 Do you know the German Pretzel? Do you like breadsticks? And do you have often Cracker with your chicken salad? Well, Taralli are all these in a certain way. They are little round Pretzel-looking breadstick crackers. Great with a dip but also just with some olives or maybe with Minestrone.

It is a typical product from South Italy. I like them plain but also very much with pepper. Taralli are registered as PAT (prodotti agroalimentari tradizionali italiani = official approval for traditional Italian regional food products). Today you can buy them everywhere but originally they are from the southern regions as Puglia, Campania, Calabria, Sicily and others.

Most of the time they are savory but there are also sweet versions, glazed with sugar. I don’t know if I would like them, I prefer the savory ones. They can be flavored with pepper, chili, poppy seeds, fennel, garlic, sesame or just with salt. I like the ones with pepper.

The shape is ring-like with overlapping ends, they are cooked AND baked and served very dry. Like a cracker. Most of the time they are eaten as snack with olives, bocconcini (little mozzarellas), salami and other snacks plus a glass of wine. They are dry and nearly can’t ever go bad if they are stored in a dry place.

The name has no sure origin, but it could be very possible from the Greek word ‘daratos’ (bread-like). But for sure the tarallo was born in Naples and out of the necessity not to throw any food so that bakers used the bread dough remains adding some pepper and lard, shaped little rings and baked them together with the bread. Mixed with some almonds the taste is even better, almond and pepper is a perfect marriage. They were easy to prepare and had also a minimum cost. And with the ingredients the taralli were a great nutritious source. What many don’t know: they are best when warm! Try them also dipped in wine – very Italian style. 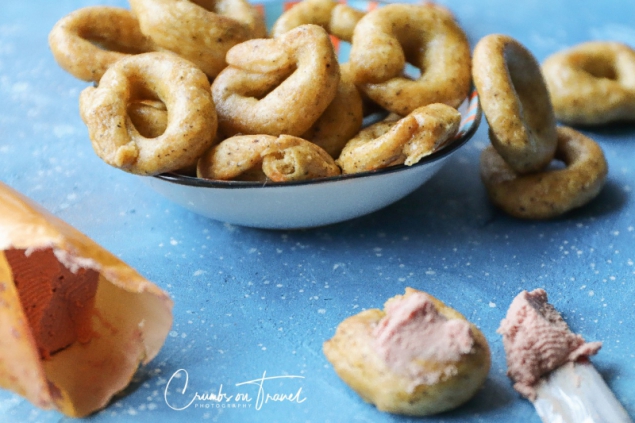 I made some taralli last week and was surprised how good they came out. I used the original recipe (pugliese) but I mixed a little more liquid in my dough, it would not be sticky at all with the original one.

The dough has no yeast, just paleo-flour, salt, olive oil and white wine. I added in half of the dough a teaspoon of fresh ground pepper. I formed little balls (walnut seize), rolled them in a rope and then connected one end with the other, getting a ring-shape. They are quickly cooked in boiling water and then baked until golden.

Mine came out pretty light, just a little crumbly and super tasty. I had them with some smoked salmon, some nice salami, liver paste and also prosciutto.

Taralli are perfect when you go on a long trip, hiking in the mountains or just when sitting in the garden in the evening sun, a glass of wine, watching the sunset and snacking a little. 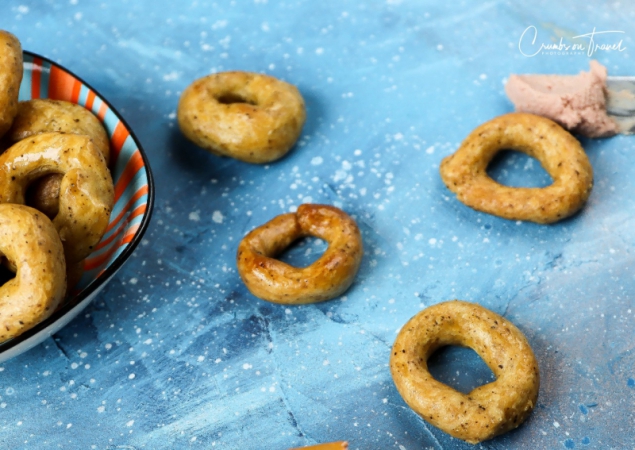 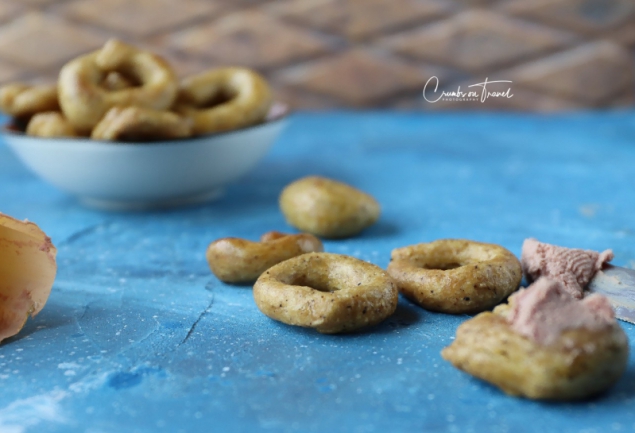 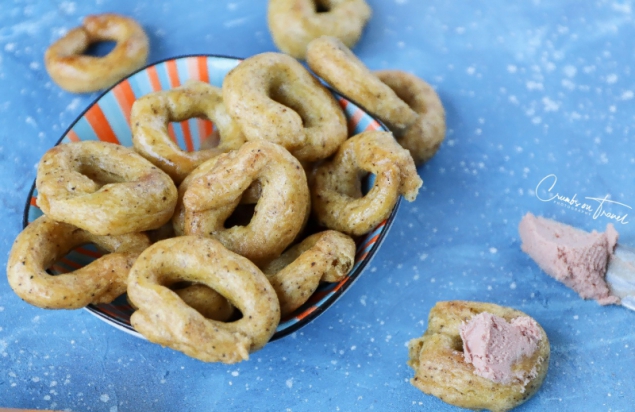 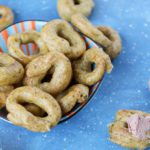 If you prefer the taralli without wine, just substitute with water.

You can use any kind of spice like chili, fennel, poppy seeds, leave them plain, almonds and pepper together and much more variations.

If you like the taste of lard, substitute the olive oil with it. The taste will be even more rustic.

This entry was posted in bread, CRUMBS, recipes and tagged traditional italian food. Bookmark the permalink.