The House of Witches and a Magic Coconut Chocolate Cake 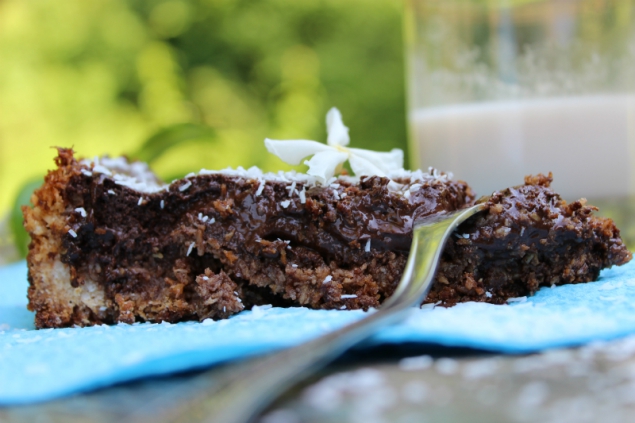 I have found a new place of friends in the mountains of the Marche in central Italy. A house of witches. Why? Because it’s a magic home. A home of all types of arts, paintings, sculptures, gadgets, healthy stuff.. The two women are such a resource of ideas of all kinds.. magic! 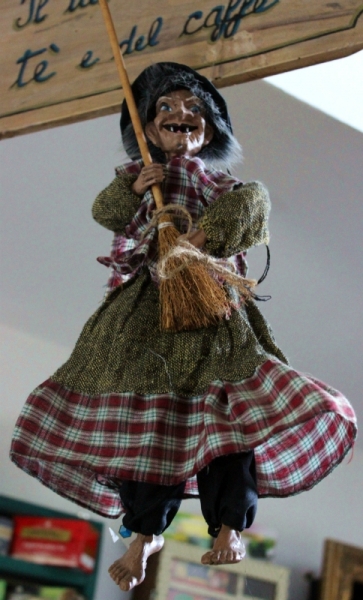 As I am friends with them of course I talked about my diet and they are so curious and enthusiastic. So sometimes we try new recipes. As they are not already in the paleo they have still these craving moments, a sweet tooth.. something I nearly lost.

Yesterday we tried a cake, a chocolate coconut cake as the weather is in these days a little boring with rain and cold.. instead of summer heat.

It’s a 30 minutes cake. Perfect for some one who has a lot of things to do and no time to be in the kitchen but still wants something yummy.

We decided: one is doing some photos, one is preparing and one is the director of all. I did the last one.. as I found a cake in Internet and alternated it for us as we had not all the same ingredients as the original recipe requires.

The outcome of our experiment has been soooo yummy. We had also a ‘booking’ by phone for a piece! OK, it was for the boy-friend of one of them but he took even two pieces. And the cake was finished in two days. I was lucky to get two small pieces as well 😀 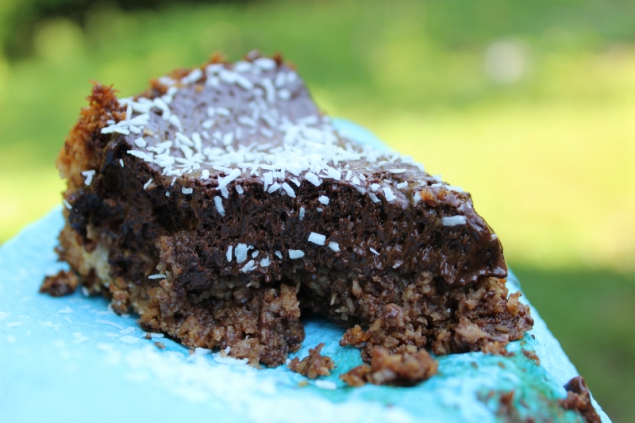 It tastes best when one day or over night in fridge.

The Top on the Bottom, the Bottom on the Top – Upside-Down Pineapple Cake
Paleo in Morocco – Almond Orange Cake Meskouta
Until the Last Crumb – about a Fig Tart that disappeared in Minutes
This entry was posted in CRUMBS, desserts, recipes and tagged cake. Bookmark the permalink.