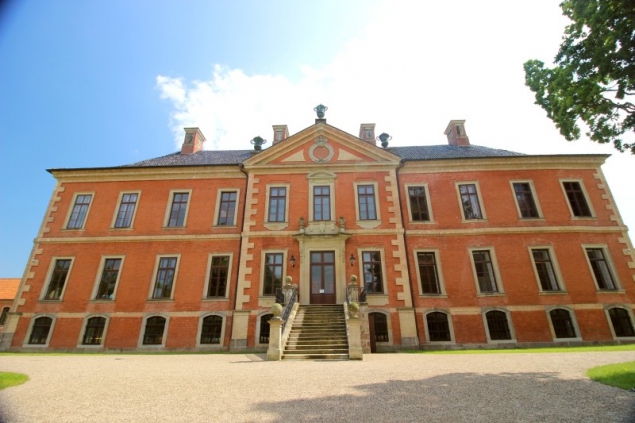 It has been years that I’ve wanted to see this little castle in Klütz in the Mecklenburg-Vorpommern region in north-east Germany. But it was under restoration and opened only recently. When last summer I have learned about the re-opening I asked my usual friend if she would like to come with me. I am so happy we did because after those summer days she started to have severe health problems which she is still struggling with. I hope that in summer she will be fine and we can go on tour soon again!

Schloss Bothmer is situated in the so called Klützer Winkel not too far away from Lübeck where I am doing oftentimes some house-sitting for another friend. Not far from the Baltic Sea the hilly landscape appears most of the year green and full of wild flowers. Famous here is the spa resort Boltenhagen, worth a visit Klütz itself and of course the castle Bothmer. 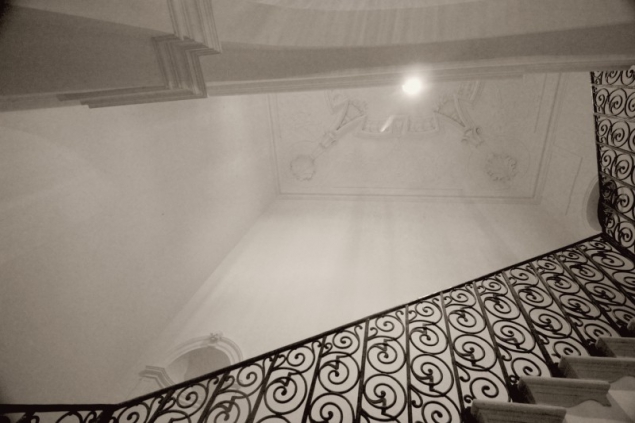 Schloss is the German word for manor. Schloss Bothmer is a Baroque palatial manor house ensemble and was built by Count Hans Caspar von Bothmer – who never lived here. Th architect was Johann Friedrich Künnecke who built the manor during 1726 and 1732 after the Bothmer’s designs. The family had the property until 1945 when it was taken over by the new government. Today the State of Mecklenburg-Vorpommern owns the manor and has it only recently restored to re-open it to public in 2016. 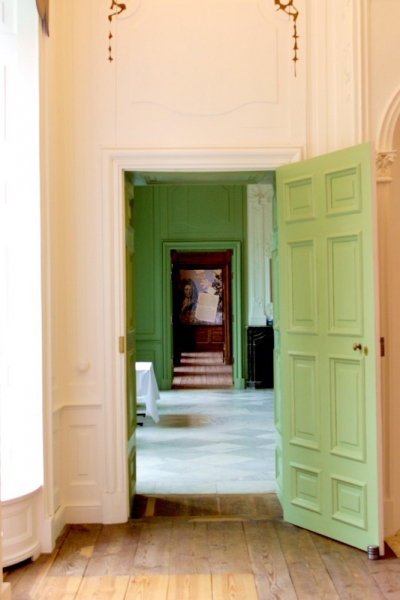 This history is long and interesting especially because the owner never lived here and visited only once when he bought the land. In his will he decided that only the oldest son of every generation will inherited the whole property without being split. In ended up to have more than 8.000 hectares thanks to marriages.

After 1945 it was confiscated and used as a hospital and then a retirement home until 1994. Between the 2009 and 2015 the restoration took place. A nice story in this: during the renovation of the park two chests of silver were discovered, neatly wrapped in newspapers from 1943. The authorities gave the silver back to the Bothmer family. 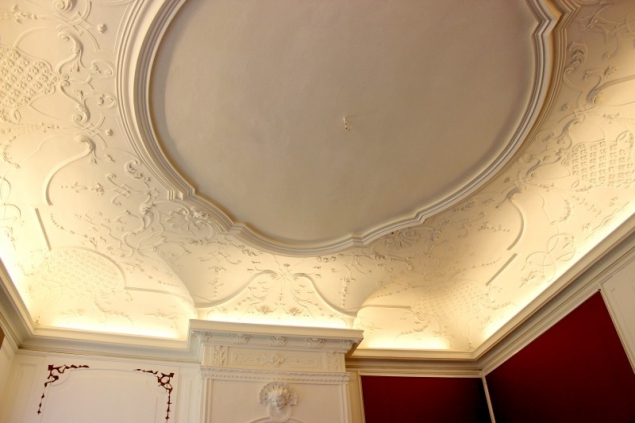 The Baroque country house was inspired by a few architectures in that period like the Dutch and the English one. Sash windows are an example. The buildings are not immensely huge but it has a main body with two wings, two stories high. The main house is the one to visit today and has around 20 rooms, mainly empty as there is no original furniture anymore.

The park is beautiful. An alley with odd linden trees is the one leading to the manor (not used anymore today but it’s possible to walk the alley). The former orangery has a little restaurant and cafeteria where you can sit also outside, very nice and in summer a must coffee-stop. In the back there is a nice round-way in which was once for sure a typical elegant English or French garden with a big pond in the middle. 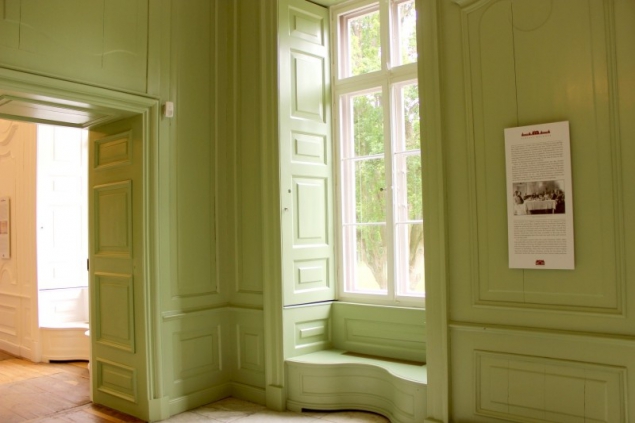 But after all: who was Hans Caspar von Bothmer? And why was he connected to the English queen? That was the most interesting and awesome part for me. I could find this out reading the many information boards in the different rooms and thanks to a wonderful guard who is passionate about the Schloss Bothmer and is the best (unofficial) guide imaginable for the place. 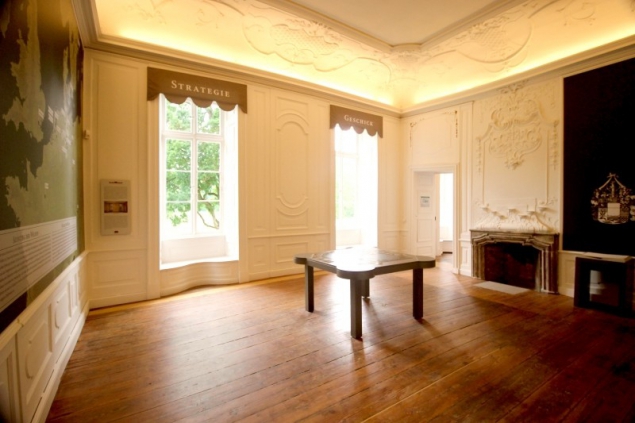 Hans Caspar Count of Bothmer was born in 1656 in Lauenbrück, Lower Saxony. He was a son of the Hanoverian Dynasty. His education began at the Ritterakademie of St. Michael in Lüneburg. Languages, history, math, etiquette, dancing and fencing were the subjects a young gentleman had to learn. His nature was that of a fighter, he wanted to go to war but his father had other plans for his firstborn son. But lucky guy had a godfather who helped him to find a position in the diplomatic envoy to the Peace Congress in Nijmegen. He obviously changed his mind and found his satisfaction in diplomacy. He went to London, Den Haag, Paris, Copenhagen, Amsterdam, Stockholm and other places. His father’s plans about Hans Caspar to study at the university have blown into the wind. 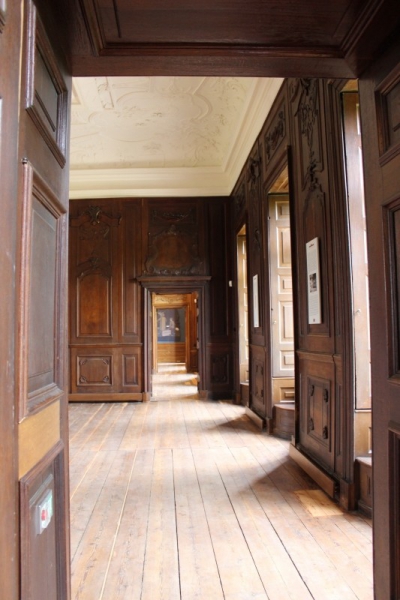 He started his real career in London. Here he became an important diplomat and politician as an adviser to several British monarchs. He was very close to Queen Anne, to her follower king George I and king George II, both Hanoverian. Both kings often traveled to the mainland while Count Bothmer preferred to stay in London and pull the strings behind the scenes. As the first Minister of the German Chancery he was the smart operator at court. He rarely came back to his home country of the Welfs. Out of the Welf dynasty there are some kings and queens of Great Britain like the late Queen Victoria, George I, II, III and IV and others. 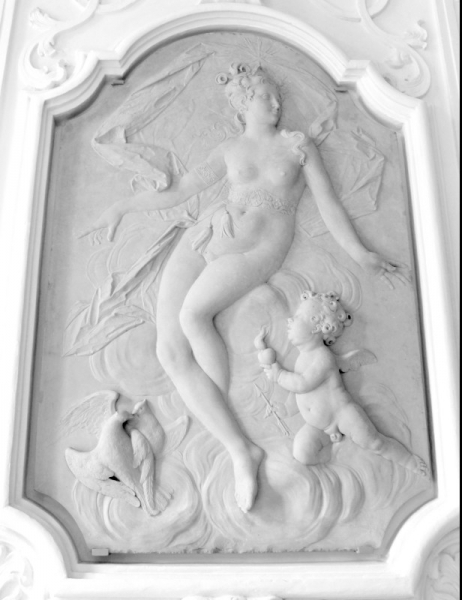 Because of the Act of Settlement in January 1701 the Welfs, and therefore the family of Count Bothmer, were able to become kings and queens. The today queen Elisabeth II is parented with the Hanoverians and therefore in part German. Even the king of Spain is related to the Welfs.

This discovery was completely new for me. Like also the extreme importance of a German count during that period. 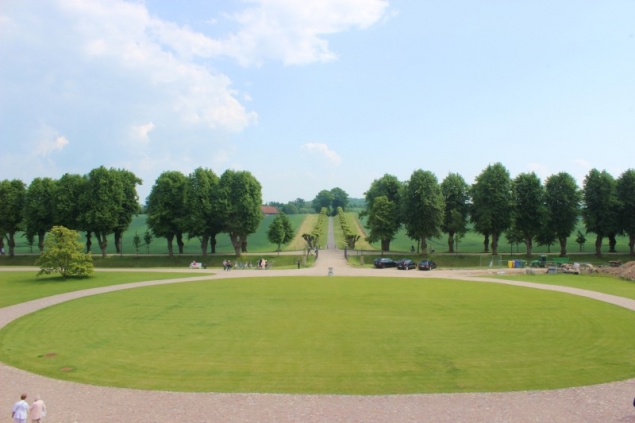 The young guard who happened to be a great guide and storyteller gave us many other details. The passion of her for the history of this place made it alive. The manor itself is interesting, not too big like castles are and empty of furniture. Decorations are on the walls and ceilings, but that’s it. She gave life into this place, made shine a nearly forgotten time. And that’s because she heard me asking my friend something about history she also didn’t know.

We had later a light lunch in the former orangery sitting outside in the sun and walked after the coffee to the back of the house into the gardens to enjoy nature and the view from a less busy side.

The Bothmer castle hosts summer concerts and other performances. If you happen to be in this part of Germany you should definitely consider spending a day in this area. It is more than worth it. 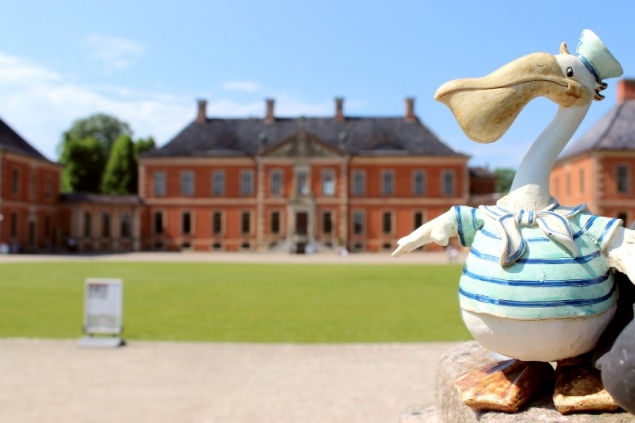 A Very British Castle Bothmer
This entry was posted in Europe, Germany, Mecklenburg-Vorpommern, ON TRAVEL and tagged bothmer. Bookmark the permalink.