The Half Sunken Baptistery of Neon in Ravenna 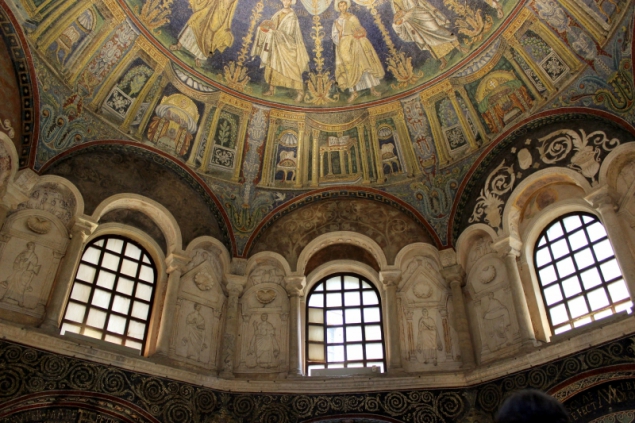 On my day trip to Ravenna with a friend we had an exhausting sight-seeing tour. Exhausting because we walked around ten hours continuously. But we saw so much different architecture, we learnt about so much history of different periods and saw really great artworks.

But of these amazing places we visited is the baptistery of Neon. 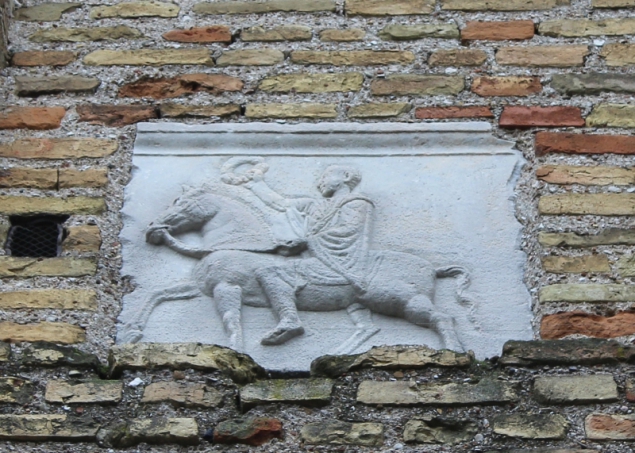 It is situated just at the side of the basilica of Ravenna and a nice museum. It was once built on the ruins of a Roman bath. It was called also the Orthodox baptistery to distinguish it from another one: the Arian baptistery built half a century later by the Ostrogothic king Theoderic the Great.

The structure is octagonal and under commission by bishop Ursus but finished by bishop Neon in the 5th century. It was him to add the mosaics.

Unfortunately because of the sandy ground the baptistery today lays some three meters under the ground. The floor on which we walk today was built later and is now a kind of ceiling of the sunken space.

The octagonal structure represent the seven days of the week and the day of resurrection to the eternal life (who would have ever thought about it?)

The baptistery of Neon is on the UNESCO list of world heritage sights. 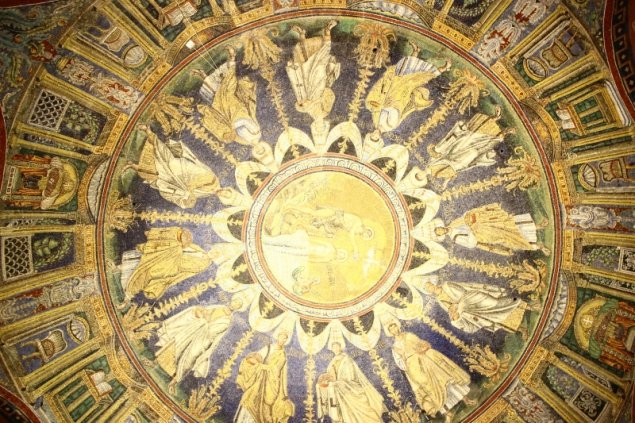 The baptistery is small, has a huge baptismal font in the center and an amazing mosaic ceiling. It was fully packed with people that day and nearly impossible to take some decent photos. There are some benches to sit on and admire the unbelievable decoration so rich in colors and brightness. The windows are surrounded by sculptures of marble and the walls are covered with more vivid mosaics.

We stayed for a while inside, hoping to have more space for taking photographs. It shows really one of the finest arts of the early Christian religious life and is a must see in Ravenna. 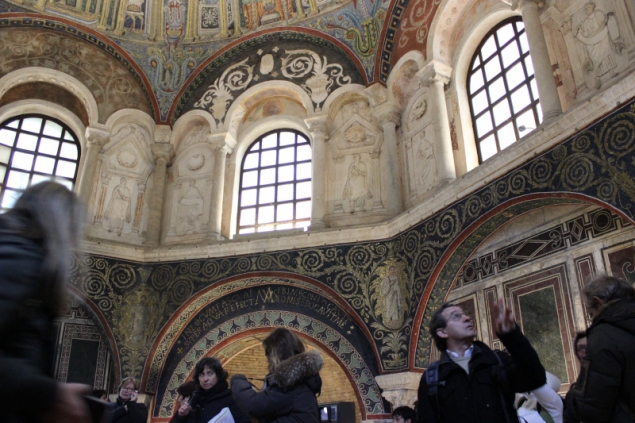 From Arian Church to Catholic Church – the Basilica of Sant'Apollinare Nuovo in Ravenna
On the Trace of Theoderic the Great in Ravenna
From Pile Houses to Capital City – the Changing Face of Ravenna
This entry was posted in Emilia-Romagna, Europe, Italy, ON TRAVEL and tagged ravenna. Bookmark the permalink.