The Greater Rhea in the Wild of Northern Germany 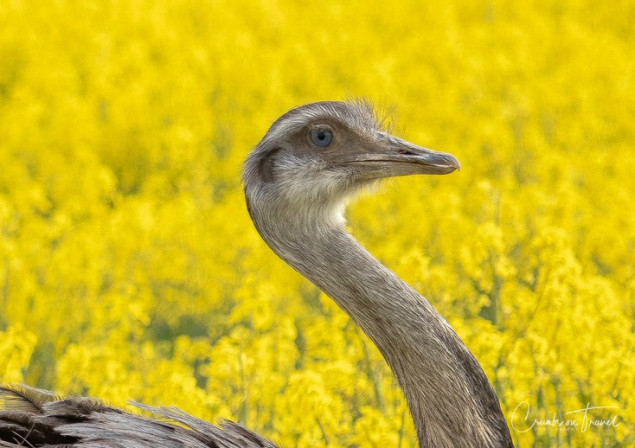 The greater rhea is a South American flightless bird. In 2000 a male and some females escapes a farm in northern Germany and since then lived in the wild. From a handful of birds they became a large group of around 500 animals by now.

It’s a year I know about the great rheas in that area after a friend of mine told me and I actually saw them. I had no camera with me at that time so I always wanted to come back and look for them, with my camera this time. 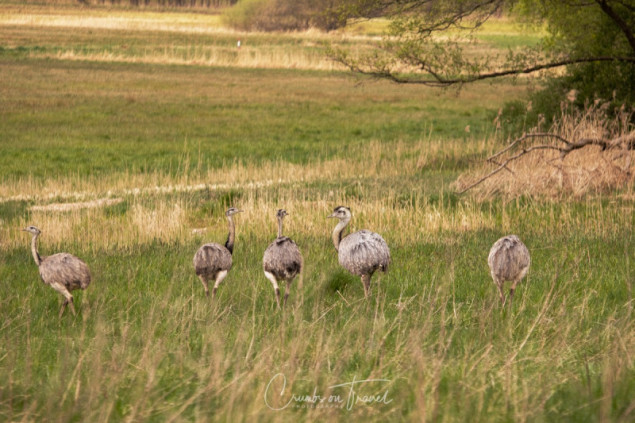 The greater rhea is a huge ratite originally from eastern South America. He lives in open spaces like grassland or wetlands. He can become around 25 kg, 1.50 meter high and can live more than 10 years in the wild. The male is distinguishable as he is slightly bigger than his harem. He looks a little bit like a smaller version of an ostrich in grey.

In Germany they were brought in during the nineties. In 2000 from a farm in Groß Grönau in the Lauenburg area a smart male escaped with five females and established the whole group in the open surroundings. They survived all during the winter and succeeded in breeding the following year. The population is growing, though the farmers are allowed to destroy the eggs to not let them become a pest for their crops. I learnt they mainly nest in the fields only, without eating the crops. There are no real predators here. The birds are a near threatened species. In Germany the groups are protected and even help to maintain the habitat diversity.

We saw them in two different places. First near the Schalsee, a biosphere reserve and very recommended for nature walks. The little town of Zarrentin on its southern banks is beautiful and offers also a walk in the cloister.

A very funny rhea we discovered in a rape field. We stopped just to shoot the yellow field when a greater rhea started to ‘play picke-doo’. I was curious why the bird was acting so funny and walked into the rape field. It was a male nesting. He was not shy and got up off the nest only when I arrived near to him. I respected the ‘social-distancing’ we are now required and just said hello before leaving. He made my day with the photo and allowing me so near to the nest.

Let’s go and see them! 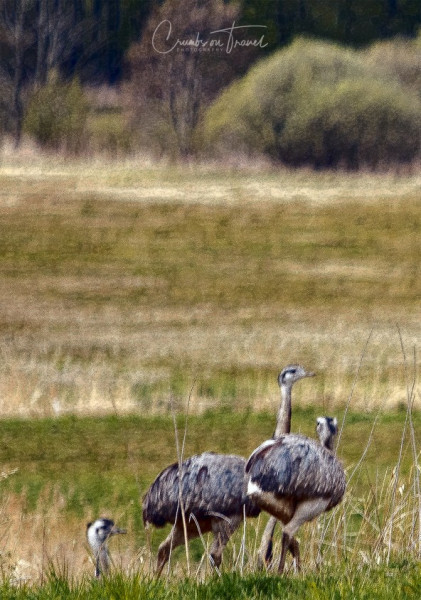 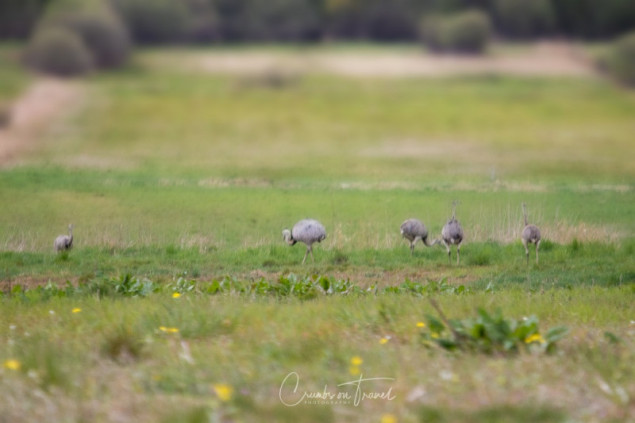 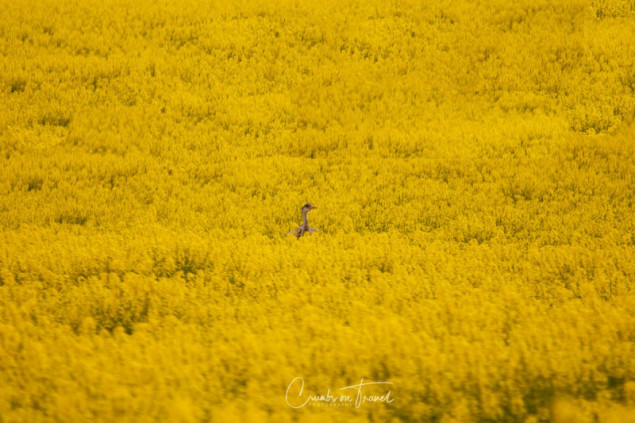 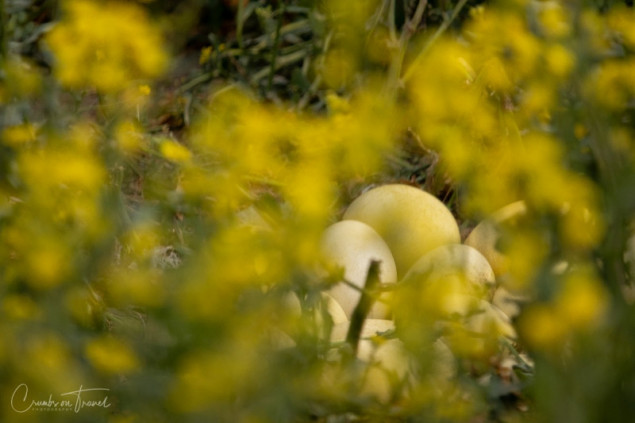 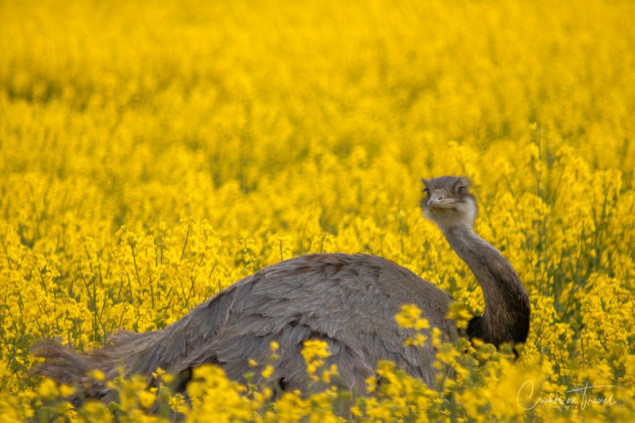 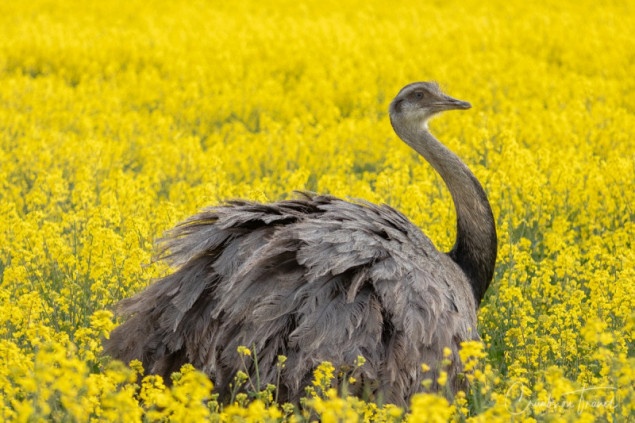 A Walk in the Golden Hills of Fano
The Color Yellow
An Afternoon at the Pond
This entry was posted in Europe, Germany, Mecklenburg-Vorpommern, ON TRAVEL, Schleswig-Holstein and tagged photography. Bookmark the permalink.