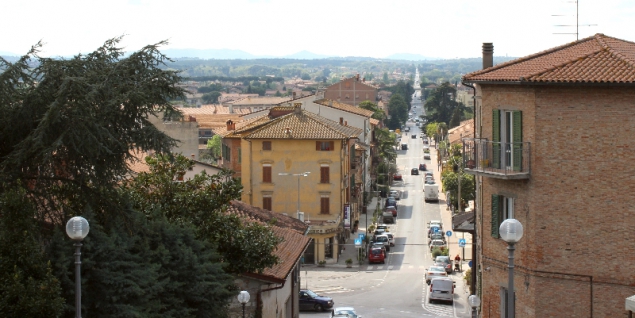 On my trip through the Italian region Umbria I could not miss the little town Castiglione del Lago at the Trasimeno Lake. I saw the city the very first day I arrived from Tuscany but had no time to enter and have a look. So I did the next day I came again to the lake. And it was a very good choice! 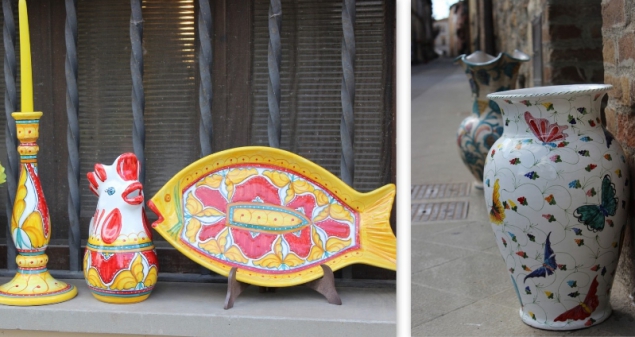 Unbelievably the place where Castiglione del Lago is situated is an island originally. It was the fourth island of the only 4 m deep lake. Over the centuries the castle on the island grew and houses and streets were built in the filled up gap between the island and the main land. 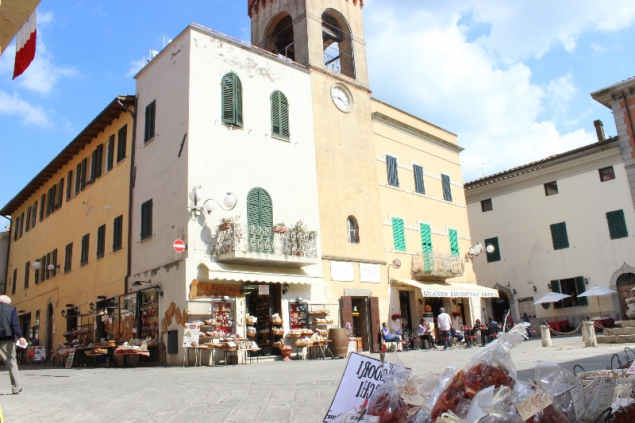 Very interesting is that the historical center of the city has three gates that lead to three piazza were are also three churches. A magic number though for this castle town. 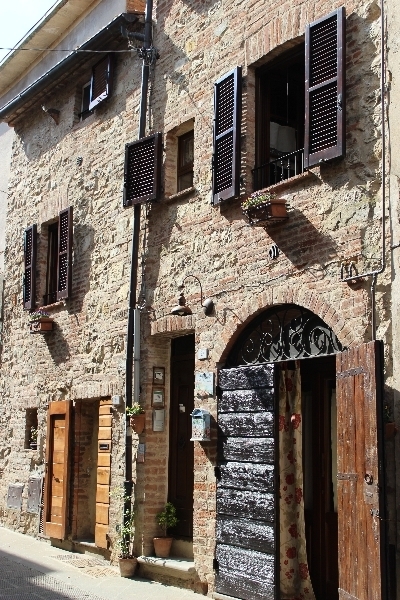 The position of the lake and the castle is a crucial one. Perugians and Truscans, Romans and Etruscans were fighting for many centuries against each others and so the city always was rebuilt on an older destroyed one.

Only in the 13th century with Frederich II some peace came over this place and the city had a chance for prosperity. 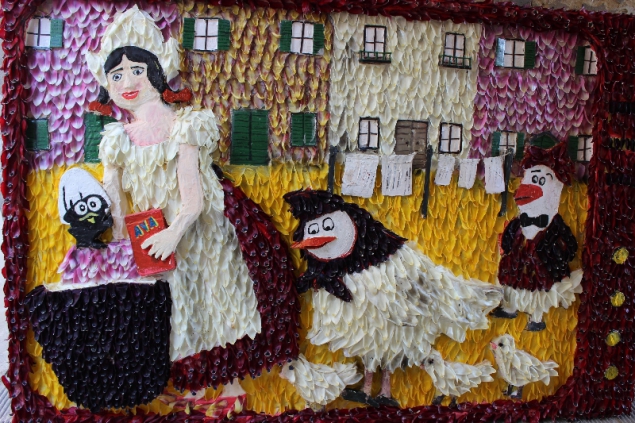 I entered the city from the main gate, I think, but anyway the one facing the main straight. The view from here is amazing as I can see far into the land of Tuscany and also into Umbria looking the other direction on the lake (first photo and last photo). 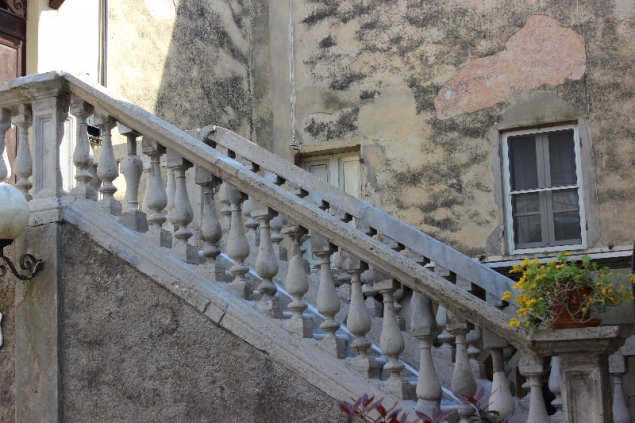 The town is very small and easily to see in a short time like an hour. It is typical for the medieval cities and as I came in the afternoon it was also nearly empty.

Sights to see are for example the Castello del Leone (Fortress of the Lion) which was closed when I was there. But the view on it is great already. 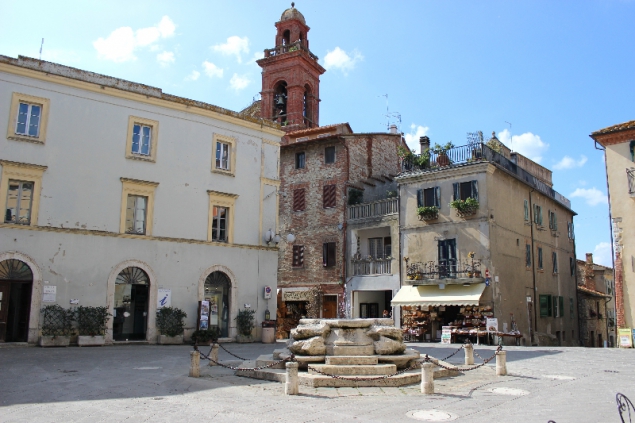 The Palazzo del Comune (town hall) is a beautiful Renaissance building housing today the civic museum and a gallery. I was not too much interested in this but missed so the frescoes by Pandolfi and Savini. I didn’t enter any church either but don’t think I missed too much. 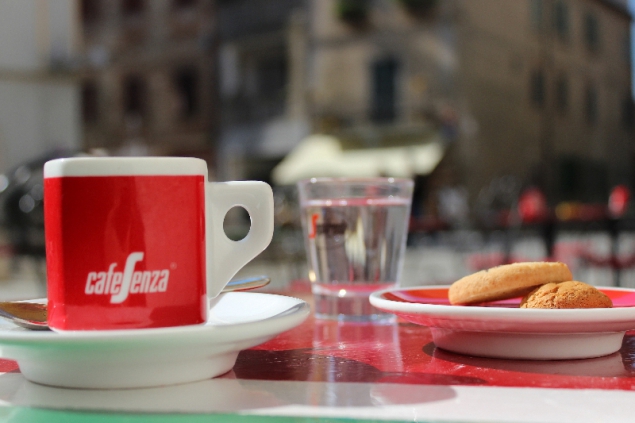 Instead I sat outside the cafeteria Bar Centrale in Piazza Mazzini in the warm sunshine and listening to an American radio station with Jazz music. So strange in one way but so understandable in another as Umbria is famous for its International Festival Umbria Jazz every summer. My view was straight on the fountain and the sprinkling water was nearly hypnotizing me…

By the way… the ice cream of the ‘Relax Point’ (so the bar’s motto) looked super yummy! 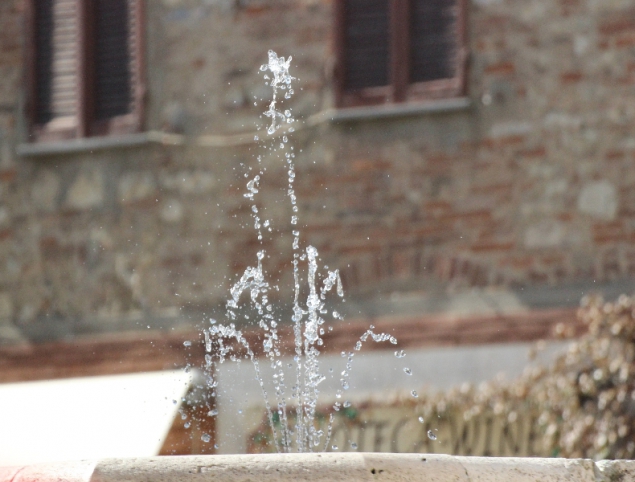 I passed a wonderful afternoon in this lazy little castle town. I am sure if I am again int his part of Italy I will come back to sit in this cafeteria again, listening to the music and dreaming of other times… 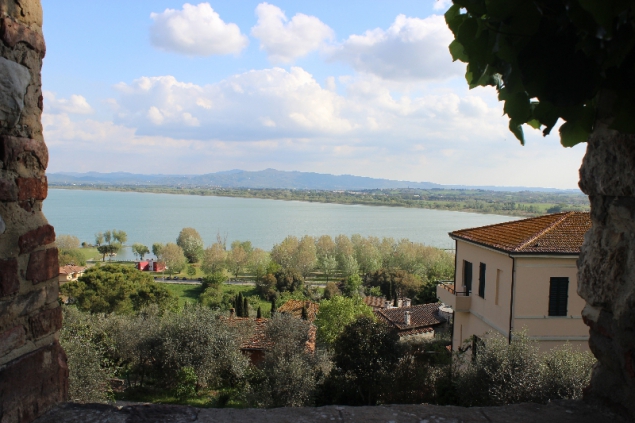 Place of an Italian TV Serial and of Madmen - Gubbio
The Trasimeno Lake in Umbria
Living in a Castle
This entry was posted in Europe, Italy, ON TRAVEL, Umbria and tagged Umbria. Bookmark the permalink.