The Dubai Frame – Day 4 in Dubai 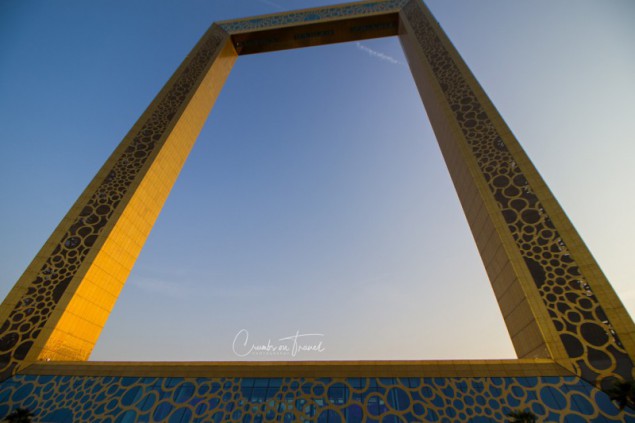 On our last day in Dubai we wanted to see The Frame. We already saw it passing by but there would be a museum and you can go up on the top to have a great view on Dubai. I was a little scared when my friend mentioned there would be a glass walk. But let’s see … 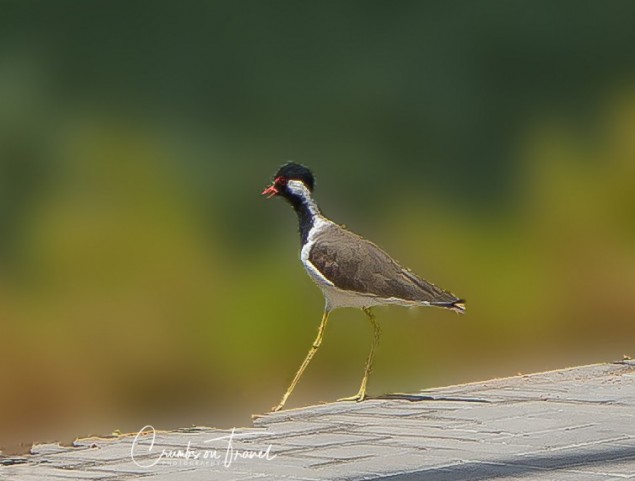 We had our morning ritual to go to the Arabian Tea House for brunch and afterwards a little window shopping on the way back. Then back in the hotel we decided to take a taxi to go to the Frame as it would be near but still too far to walk to. Shortly after the taxi arrived and – like many times – the driver was friendly, from Pakistan and very talkative. He told us about the traffic, where he is from, how life in Dubai is and what to see at the frame and the surroundings. He just left us in front of the entrance to the park where the Frame is located. It was still afternoon and a little too early for a good view from the enormous height of the construction. So we walked in the Zabeel Park, sitting at the fountain and enjoying the beauty of the place. Later we entered the Frame and had a look at the museum which was about the construction of the building and about the person who all started it all: H. H. Sheikh Rashid Bin Saeed Al Maktoum. A very interesting man, by the way, with very interesting views. The initiator of the modern city of Dubai with very futuristic and great visions. And an amazing taste for beauty, I would say. It is also shown how Dubai changed from being a little fishing village to the modern city in just a short time. 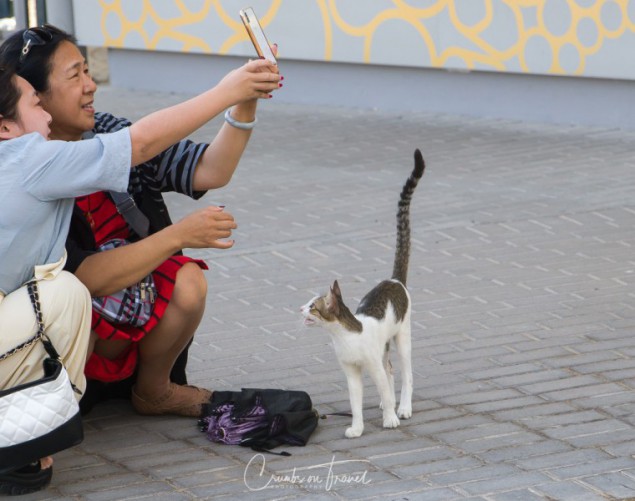 The Dubai Frame is 150 m/492 ft high, the architect was Fernando Donis, an awarded Mexican architect. The construction started in 2013 and was completed only in 2017, inaugurated the 1st January 2018. It is definitely the biggest frame ever.

The construction is created out of reinforced concrete, glass and steel. It frames the modern city to one side, and the older city to the other side. Future and past seen from the present. The amazing frame is illuminated during the night and shines in gold and changing colors. 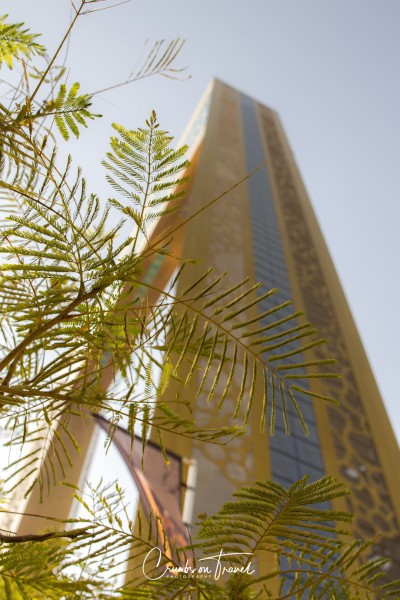 Of course at a certain time we took the elevator, which is panoramic and brings you fast up to 150 meters. The center top has a glass floor of about 25 square meters which shows the ground only when you walk on it. When you step off the glass floor it gets milky. I think that is a great idea, it doesn’t make you feel too much walking on ‘nothing’.

The view is stunning. The bridge between the two vertical panels is 93 meters long and gives a free view on both sides. In my opinion the best time for going up is right before sunset or very early in the morning in the winter-time, when the air is clear. In summer and especially during daytime the air is too hazy.

On the way down we stopped in a ‘virtual metropolis’ which was really 3D and an amazing feeling to stand in the future. 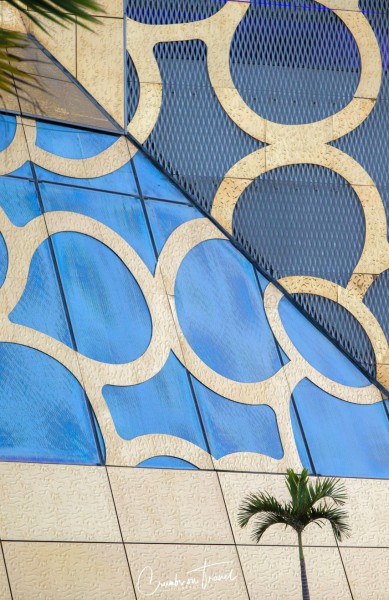 We left the frame much too early for the sunset and decided to wait in the nice park. We sat near to the entrance on the floor to take endless pictures of the frame when it started to change colors and was illuminated by the sunset. Just a magic time!

We left when it was already dark and walked to the metro station, maybe 20 minutes far. We saw a lot of joggers around, males and females, and I thought it is a city where the western and the Arabic world is perfectly combined.

This was our last day in Dubai, the day after we would leave around 1 pm, but before there would be still a nice brunch at our ‘usual’ place. I enjoyed these days very much, and I am very thankful to my friend who asked to join her here. It is an amazing city, modern, yes, but in a surprisingly beautiful way. I am no lover of modern art or architecture, but I learnt here that it is possible also in a harmonic, warm and beautiful way. I would love to come back for the Expo 2020!

(I know, too many photos, but I love them all!) 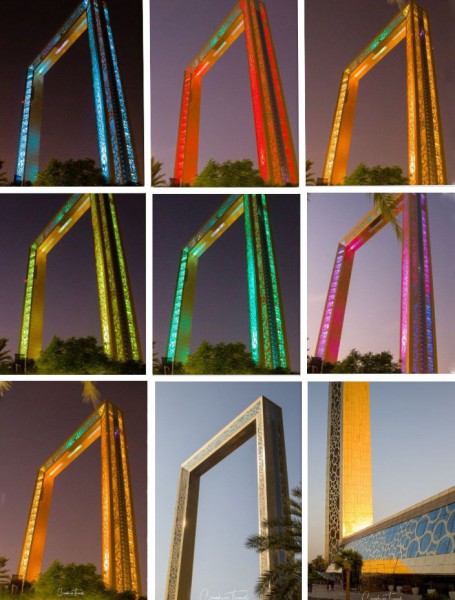 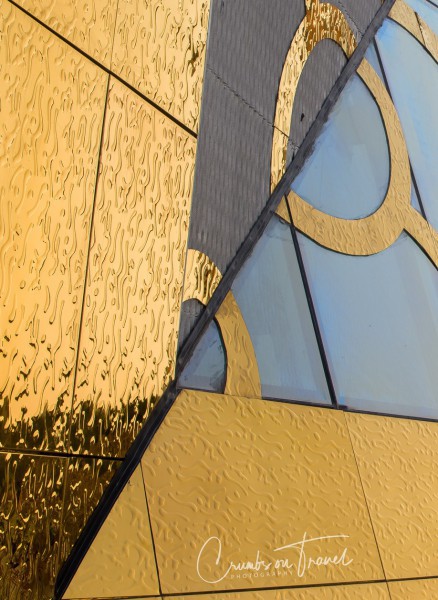 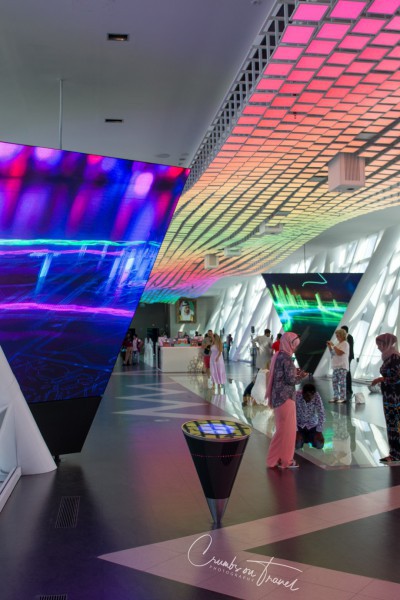 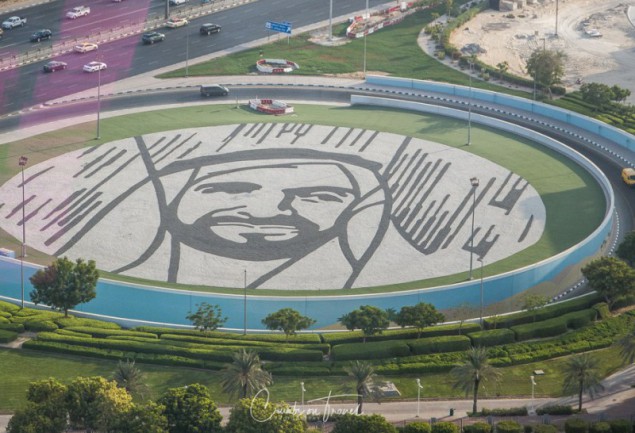 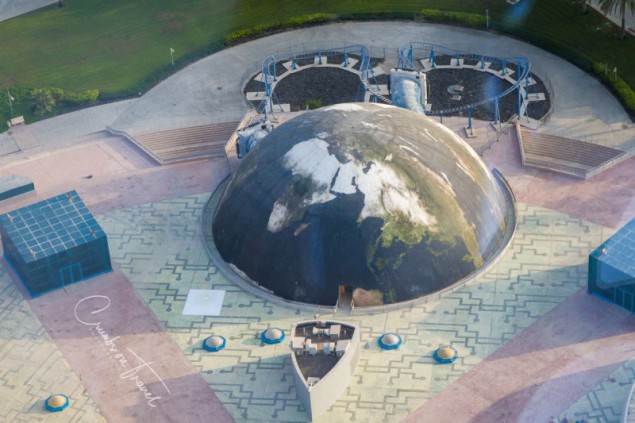 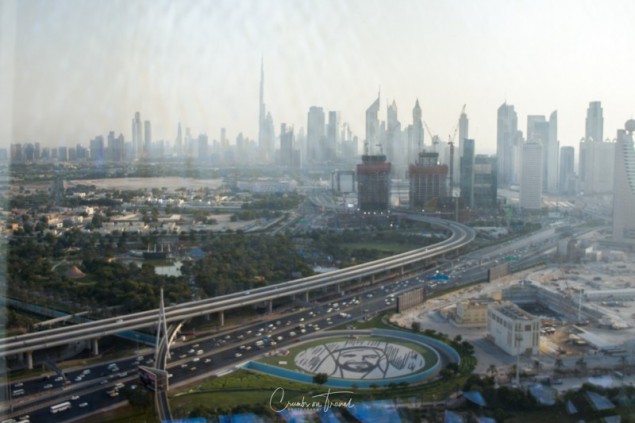 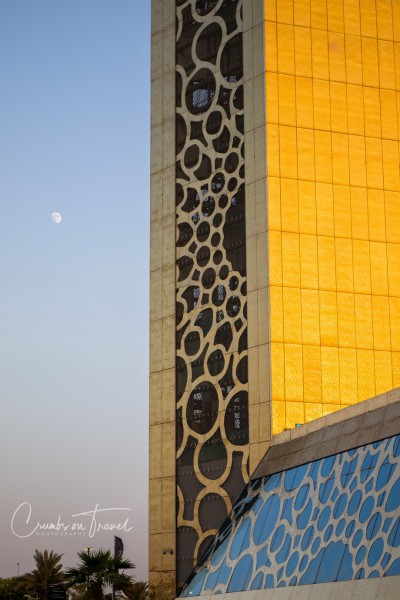 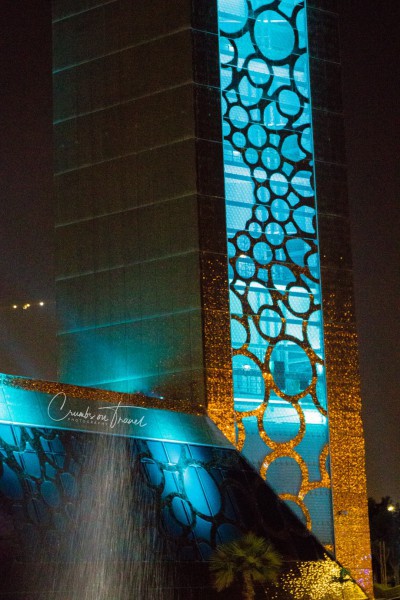 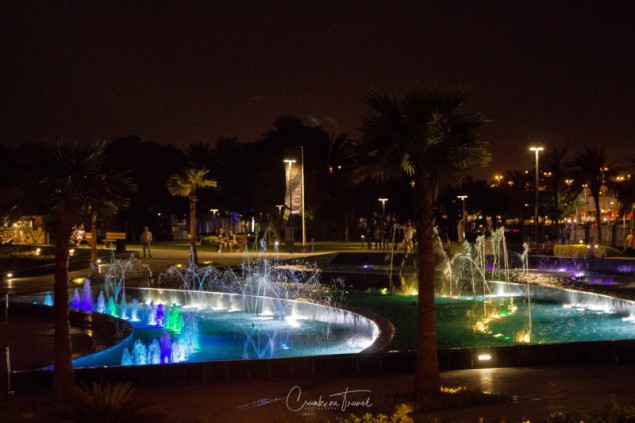 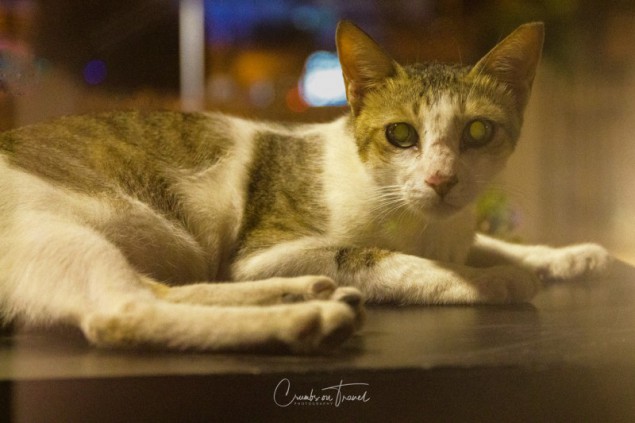 Dubai by Night – Day 3
Enlightenment between Marble and Art
Camel Milk Shake and Camel Burger
This entry was posted in Dubai, Middle East, ON TRAVEL, UAE and tagged uae. Bookmark the permalink.