The Basilica of San Gimignano – A UNESCO World Heritage Site 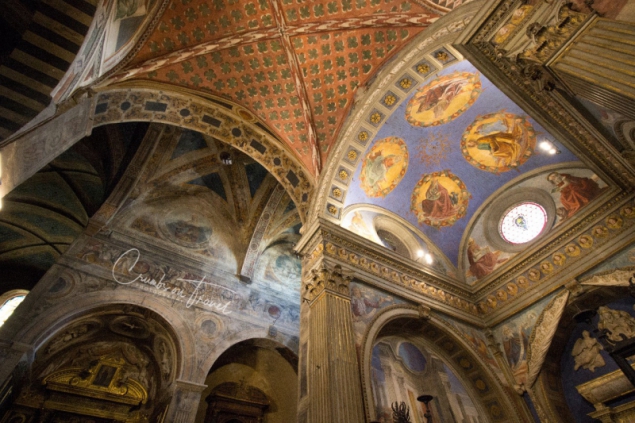 A few years ago I was already in San Gimignano. I loved the place so much medieval that it is like jumping into the past. The city of towers still has many of them and the piazza is always full of people of all over the world enjoying the Italian history, the atmosphere of being in a place where for hundreds of years people created such a peaceful, secure place. This time I visited the Basilica di Santa Maria Assunta.

The church in located in the Piazza del Duomo very close to the main square and to the tower where you can climb up to have one of the best overviews oft the town and the surrounding country. The Roman Catholic collegiate church and minor basilica is part of the UNESCO World Heritage Site of the town center and is described as a work of outstanding beauty. 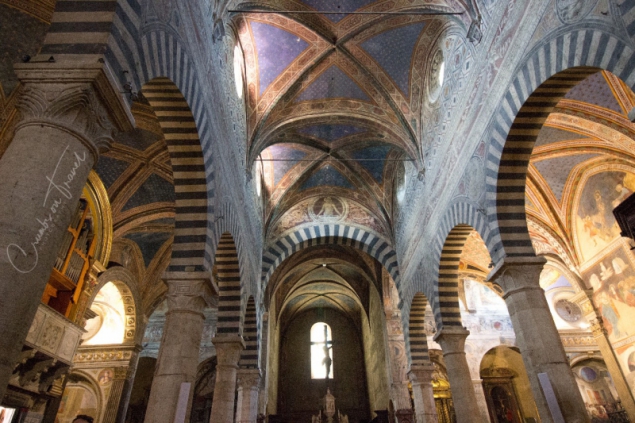 They built the first church already in the 10th century but by the 12th century the city became really important also because of being on the pilgrimage route to Rome, which was called Via Francigena (from the English city of Canterbury, passing through France, to Rome). The church was consecrated in 1148 and dedicated to the same saint of the city: San Gimigniano. The following centuries brought a lot of enrichment of sculptures and frescoes to the church. During WW II it was damaged. During restoration works they discovered an older church beneath the nave. 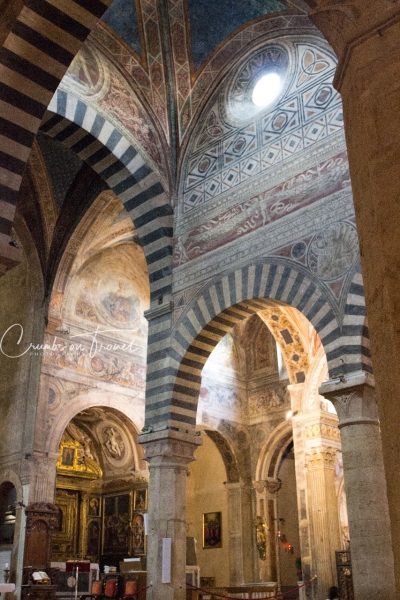 The architecture of the duomo is the Romanesque style of the 12th century, but the chapels are of the Renaissance. I found it interesting that the church from outside is nothing spectacular and the wide staircase leads to two doors, each one to the aisles, but no central opening.

The inside is breathtaking! Like many of these churches of that period also this one is just amazingly rich in colors, paintings, mosaics and marble work. The lapis lazuli blue ceiling – painted like a sky with golden stars – has vaulting ribs with paintings in blue, red and gold and is just so beautiful. The dark and gray marble stripes forming the arches are so typical for Tuscany. They are held by columns with Corinthianesque capitals. With the many windows the light falls on the right places and illuminates the whole church like spot lights. The back window with a very colorful painting is more than a piece of masterwork.

The many paintings and decorations take a good while to view. The fresco circles are painted by Bartolo di Fredi, Taddeo di Bartolo, Lippo Memmi, Domenico Ghirlandaio e Benozzo Gozzoli.

The bell tower was once a family tower and was incorporated later as bell tower. It’s the oldest part of the duomo. 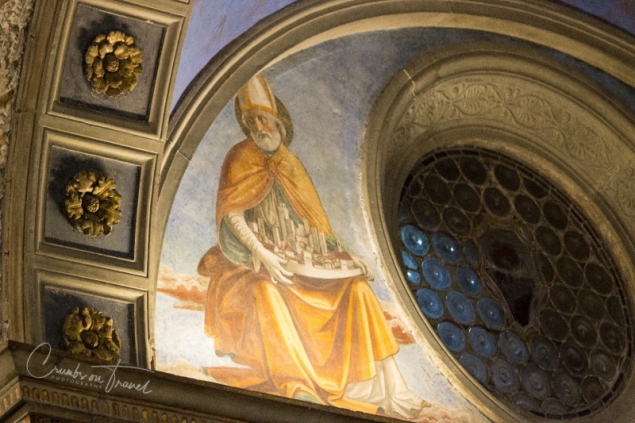 You should not miss the duomo of San Gimignano, it is really a masterpiece that from outside seems to be insignificant, but from inside it knows how to amaze you! Later we went to the nearby tower (not the bell tower) for a great view on the whole city and the surroundings.. but that is another story. 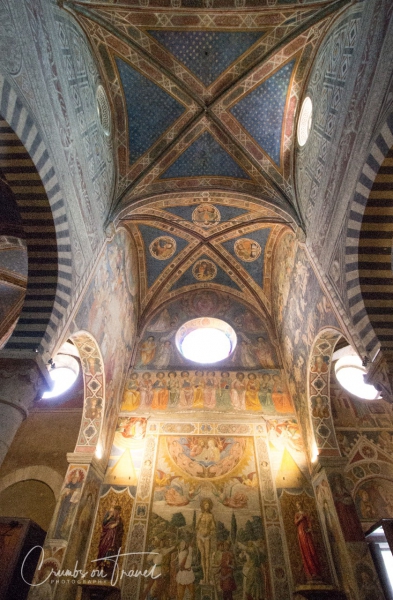 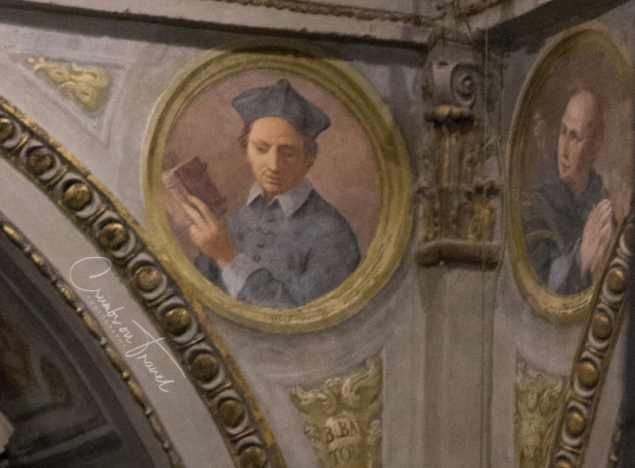 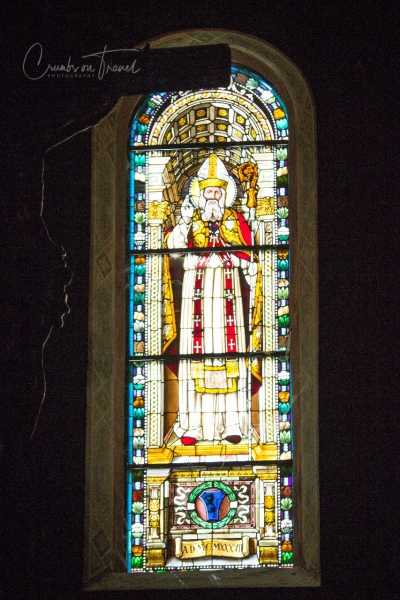