Sun-dried tomatoes in olive oil are a delicious antipasto all year round. They can be eaten directly on toasted bread or in a mixed salad. Simple dried tomatoes can be used in a lot of recipes and give that special taste. They are easy to make.

Once upon a time …. sun-dried was one of the ways to preserve fruits and vegetables. Tomatoes were salted and then dried in the sun for up to 10 days, depends by the intensity of the sun and weather condition generally. Salt and evaporated water delays the decomposition, mixed with herbs and then preserved in olive oil makes them stay good all winter long. 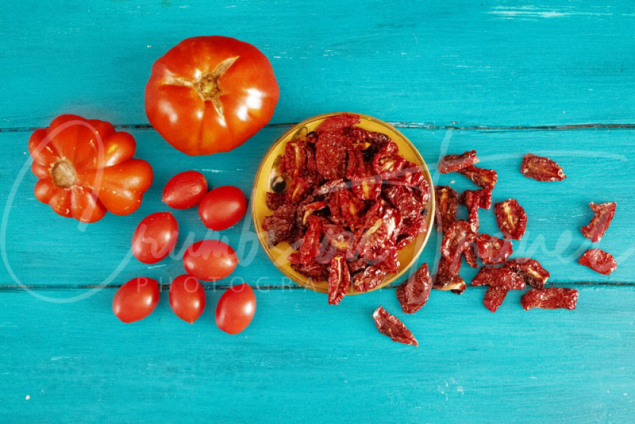 The salt is important as it holds the bright color of the ripe red tomatoes, but it also helps evaporating the water. Long time ago Italian people dried them on their roofs (flat roofs) and still many Italian people do this. Maybe not on the roof tiles but on a towel on a table for example.

I was lucky to have a big batch of cherry cocktail tomatoes this summer and didn’t know how to eat all of them. So I thought a good way to preserve would be drying them in the sun. And that’s what I did. I let them a week in the sun during the day-time, during night I covered all in order to protect them from night-humidity. They were ready for further preservation when they were dry but still a little chewy.

To dry the tomatoes you have to wash and then cut them in two halves. The cut side should lay to the sun. I sprinkled a light hand of fine salt on the top and covered all with a mosquito net, I didn’t want flies going on these sweet guys.

Dried tomatoes still have the same nutritional value like fresh from the plant. A perfect source for vitamin C, a good amount of antioxidants and lycopene.

It’s important that the olive oil covers the tomatoes. I just sealed the jar with a lid. No further preservation. I found out they go under vacuum after a while.

If you want to be sure that they are preserved accurately you can boil the jars for 40 minutes. Place the jars with a little towel on the bottom in a big pot, put some more fabric between the jars in order to protect them from breaking during the ‘cooking’. Fill water until two third of the jars high and place the pot on the stove. Leave them from the moment the water starts to boil for 40 minutes, switch off the fire and let them cool out over night in the pot. The next day move them to your pantry.

Sun-dried tomatoes in oil are great in many recipes but also on toasted bread as bruschetta, in a nice mixed salad, great on top of your steak or maybe in a sandwich. The remaining oil you can use for a salad dressing or cook with it. Don’t throw it away as it is already spiced and so good for many other dishes. 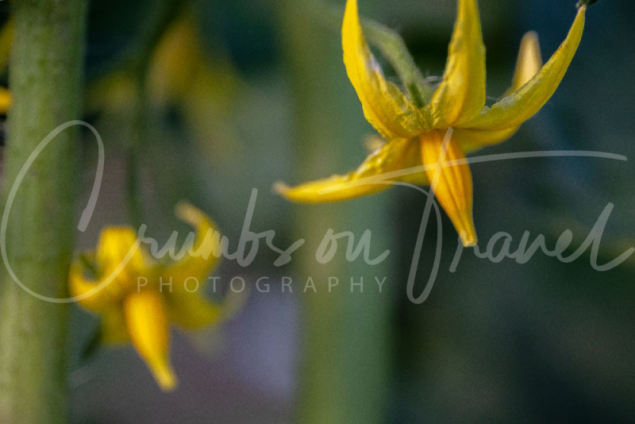 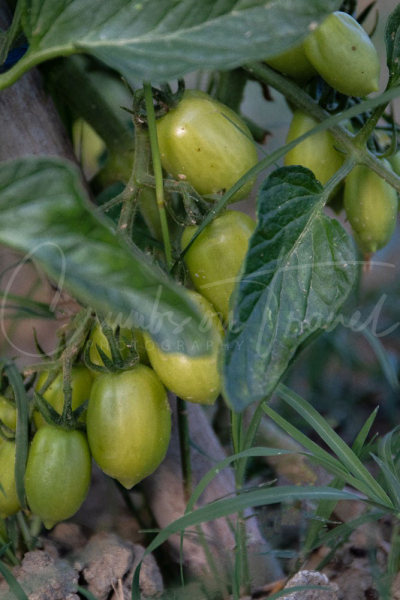 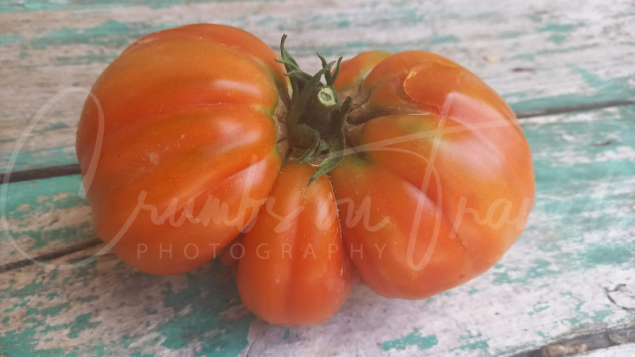 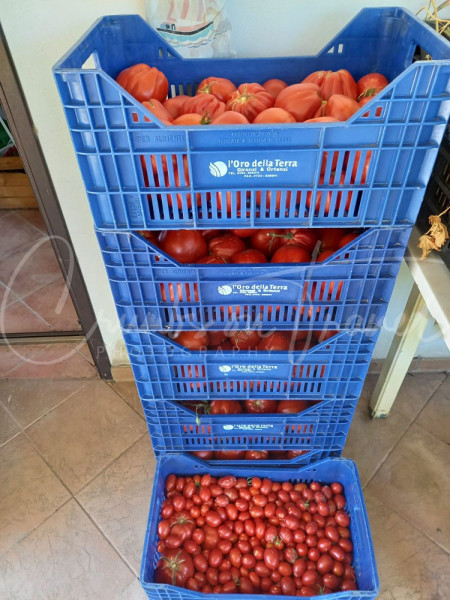 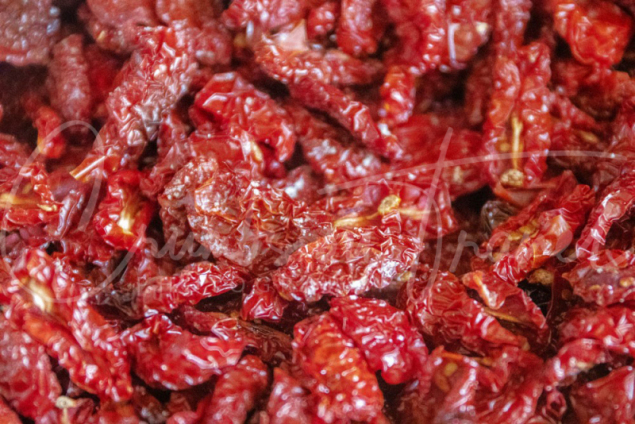 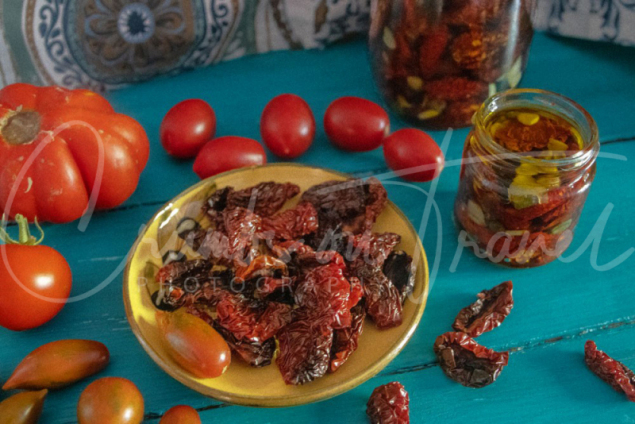 This entry was posted in CRUMBS, preserves, recipes and tagged preserved. Bookmark the permalink.