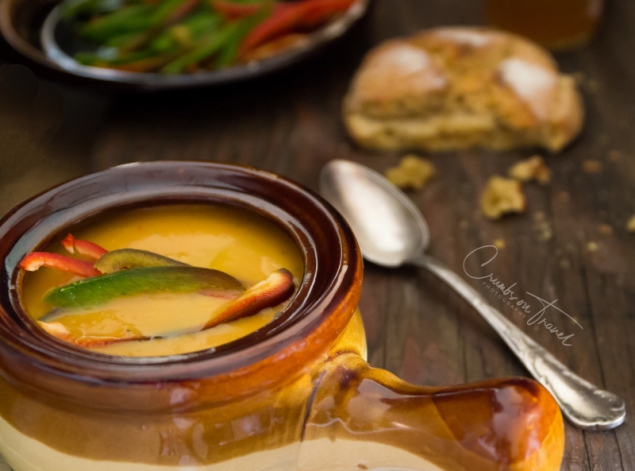 Bell peppers are so versatile. I love them in the salad but also stuffed with ground/minced meat. One of my favorite antipasti is peperonata, cold or warm. But right now I am in a ‘soup-mood’.

To cheer a little the cold and rainy winter day in Southern California I made a nice roasted bell pepper soup. A little more preparation but definitely worth it.

I roasted the bell peppers previously in the oven at 100°F until they had black skin and bubbles. Transferred then in an air-tight container and waiting they cool down a little bit, I could peel them easily afterwards.

Together with the other ingredients and the coconut cream it was a not too spicy warming soup.

I used the recipe on Marion’s Kochbuch, a German recipe page. She uses Crème Fraiche to garnish the soup, I put coconut cream to make the soup more creamy. And I didn’t put any thyme, I forgot to buy some. But it will give for sure a great taste. 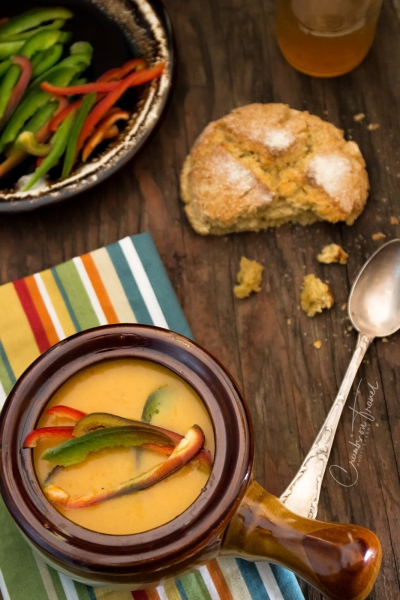 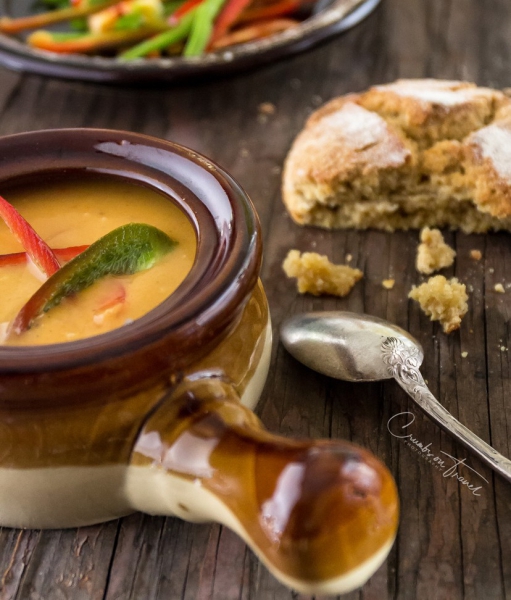 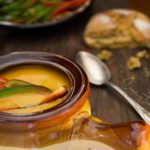 You can use also only red bell peppers, so the color of the soup with be more red.

Don't season too much when cooking. Better to season a second time after the soup is ready.

The potato should be starchy.