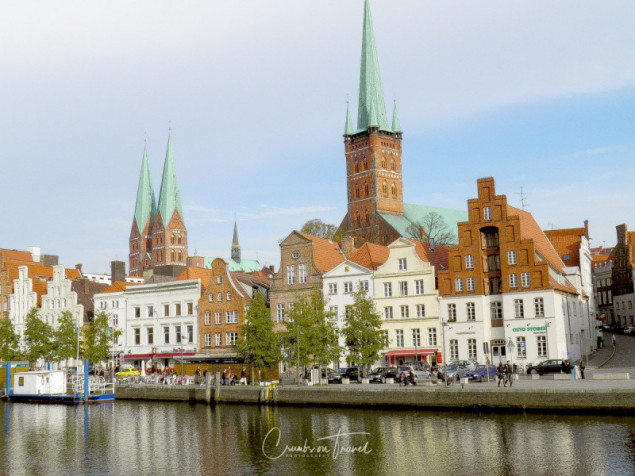 A sunny day, a nice friend and a Hanseatic city. That is perfect for an afternoon and some sightseeing.

Lübeck is the most important city – they say ”the mother” – of the Hanseatic League in the late Middle Ages. It has lots of old houses of the typical brick Gothic architecture, small streets, intriguing back yards and a lot more. Historically the city is for sure one of the most interesting in Northern Germany. 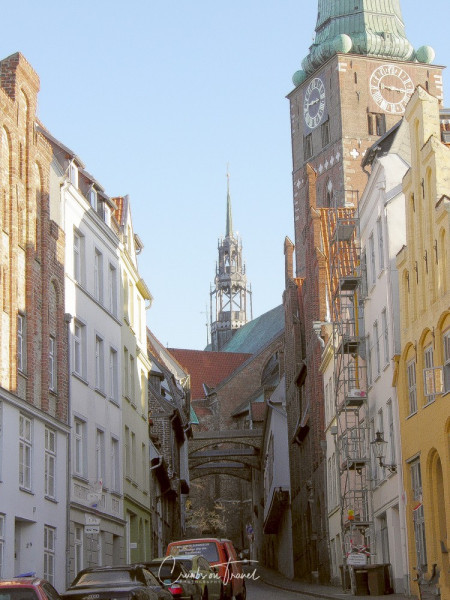 But Lübeck is also interesting for its position because being so near to the Baltic Sea and beautiful beaches as in Travemünde and the whole coastline, the port for Scandinavian ferries and the extreme rich culture programs especially during summer time makes the city a ”must see” in Germany. 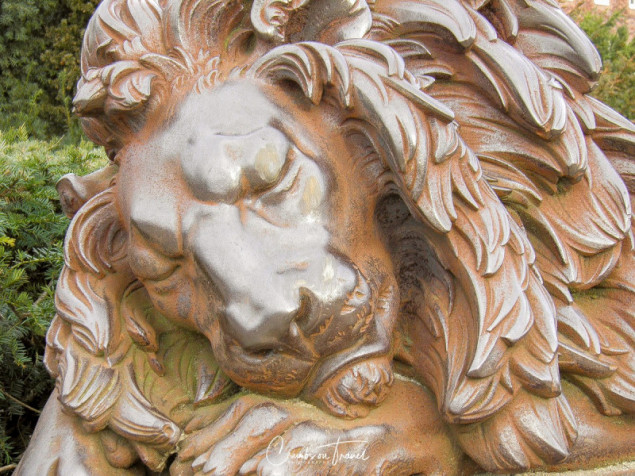 The symbol of Lübeck is the Holstentor (Holsten gate). The big lion in front of the entrance is more sleeping than scarring. Many people touch the lion’s nose in the hope for luck. I never did, but I am a lucky girl though! 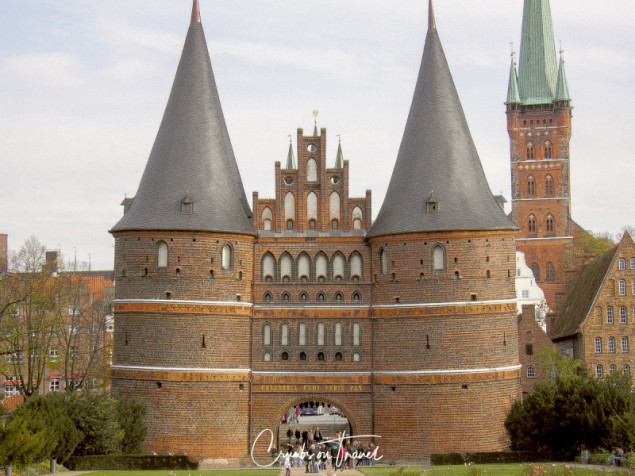 It is not a place where to rest and relax but more a place of interest. Inside the Holstentor there is a museum and who likes scary things goes into the torture chamber. Middle ages were cruel as times today, only the justification has different names. 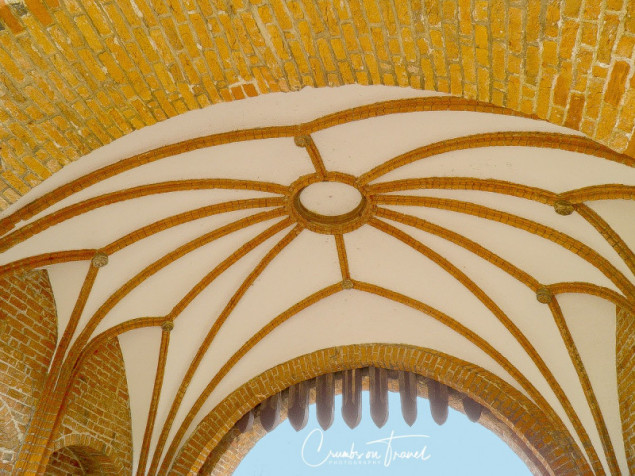 Inside the Holstentor and of course the whole construction shows very well the brick Gothic architecture that was very common that times in the Northern cities around the Baltic Sea. Not having stones to built houses they produced bricks. Bricks are also a little bit lighter which could be a second reason for this kind of material. Lübeck’s old city is built on a sandy island which is well seen in lean buildings along the old streets and of course in the crooked towers of the Holstentor.

Walking in the streets of Lübeck is in part a jump into the past. Cobbled streets, small sidewalks, narrow streets, hidden backyards in the back of the impressive big trade buildings… and then again back into our times today with square houses rarely beautiful or elaborated, Grey, glass, iron, cold, without any personality. They both live together here in the city, often they don’t really are fine side by side.

But it looks really great to see an old cobbled street, narrow, on both sides beautiful, old houses which each of them has its own story to tell of hundred of years and on the sidewalk parking modern cars. 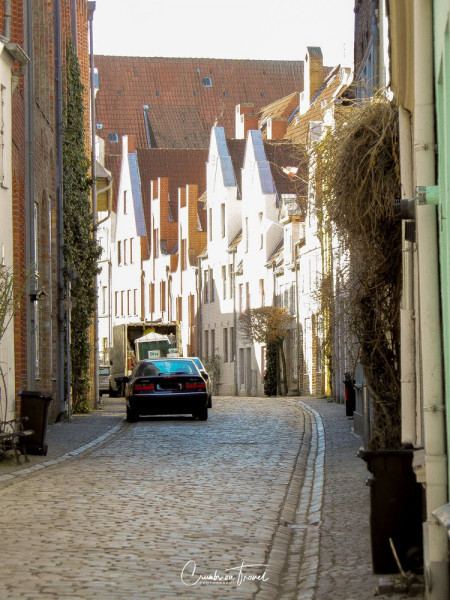 On our little walk we passed at a sculpture about a person called Geibel I stopped. I asked my friend who this person is because all the times I passed I thought one day I have to see why he is so important to this place. It is Emanuel von Geibel, a German poet and playwriter who was born in Lübeck in 1815. Famous works by him are: König Roderich, Brunhild and Sophonisbe (tragedies). He was a leading person of German lyric poetry between 1848-70. I never read anything of his works. Maybe I learnt in school? Well, today at least I know.. 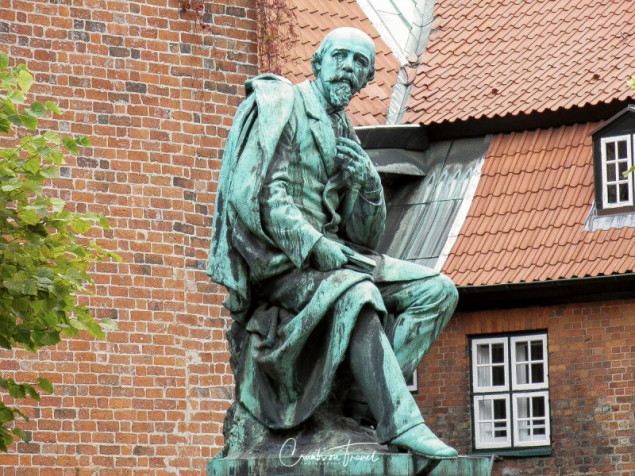 A Walk in the Old Passages and Yards of Lübeck
The Town Hall in Lübeck
Jump into Middle Ages - The Hanseatic days 2014 in Lübeck
This entry was posted in Germany, ON TRAVEL, Schleswig-Holstein and tagged lubeck. Bookmark the permalink.