When we got out of the train station Santa Maria Novella in Florence, we walked towards the city center and passed beside a nice looking building. I wanted to have a look, why not starting right here to sight-seeing the city? It happened to be one of the most beautiful churches I have ever seen: the basilica Santa Maria Novella.

It’s the main Dominican church and the first basilica of Florence. The church itself is connected to a cloister and chapter house which house many art pieces and funerary monuments. Many of the most important Florentine families paid for them to get a place on consecrated ground. 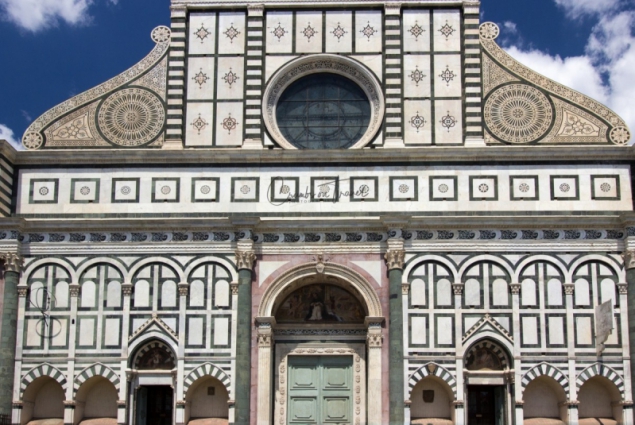 In 1219 Fra’ Giovanni da Salerno arrived with 11 Dominican priests from Bologna and two years later they got the little church Santa Maria delle Vigne, at that time outside the city walls. They decided to build a new church: Santa Maria Novella (The New One). In the mid-century they started building the church and an adjoining cloister. 120 years later all was finished, including the Romanesque-Gothic bell tower and the sacristy. In 1410, nearly 200 years later, the church was consecrated.

Later in that same century the upper part with the for Florence so typical green and white marble, the church facade became as it is today. During the centuries there were many works and changes to culminating in the look of the present-day. Famous architects and designers like Alberti, Vasari and Dosio embellished inside and outside the church and cloister. In 1919 the church became a Basilica Minore. Only recently the church was restored and since 2001 there is an entrance fee. 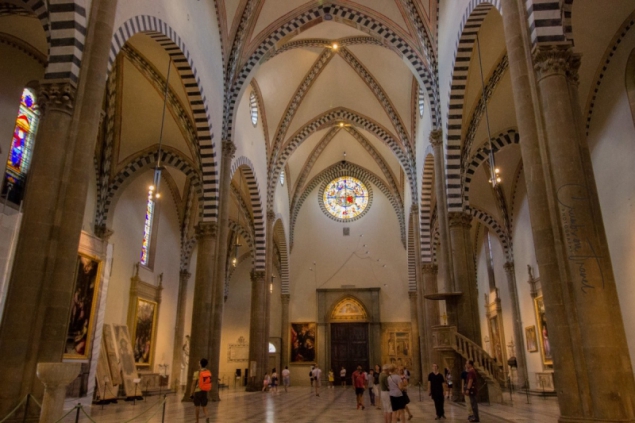 The many, many paintings, the choir, the wonderful decorated ceilings, the high columns in the church, the beautifully decorated cloister.. we spent a couple of hours inside the area.

Inside the church there are different chapels like the Filippo Strozzi Chapel, the Gondi Chapel, the Rucellai Chapel and many others of important names for the city are all different and amazingly beautiful. Don’t miss the fresco by Andreas Buonaiuto in the Spanish Chapel (former chapter house, called Spanish Chapel because it was assigned to Eleonora of Toledo)!

Here you can see paintings and art work by Botticelli, Brunelleschi, Bronzino, Pisano, Giotto, Vasari, Ghiberti, Lippi and many, many others.

Only later I found out about the Officina Profumo Farmaceutica. The monks have produced rose water since 1381, they created a perfume for Catarina de’ Medici in 1533 made with bergamot, since 1590 the apothecary expanded also outside the Dominican order and in 1612 there was the first apothecary shop.

The Basilica Santa Mari Novella is a must-see on a Florence tour and easy to find as you pass it when you arrive at the homonymous station, and you are on the way to the main attractions of the inner city. It is a good introduction to architecture and art of Florence. 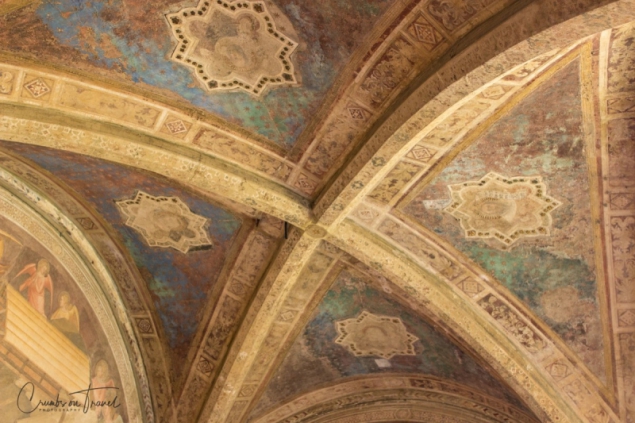 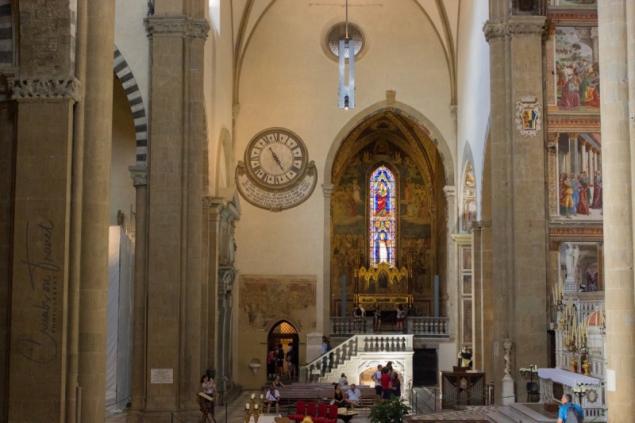 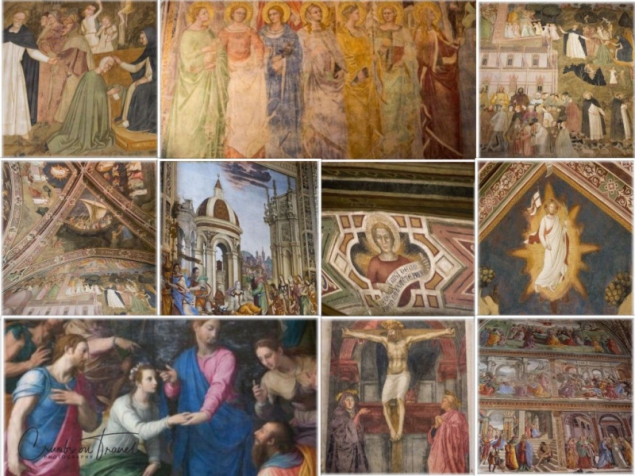 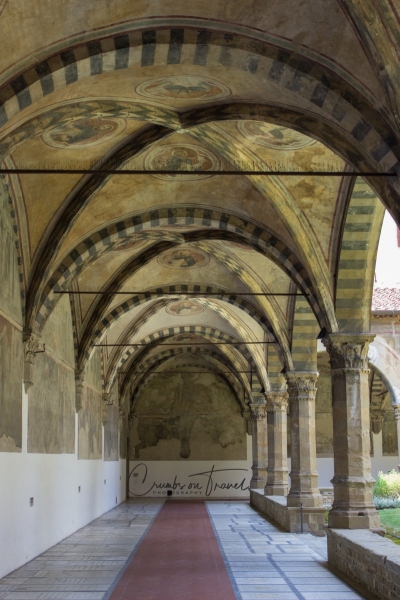 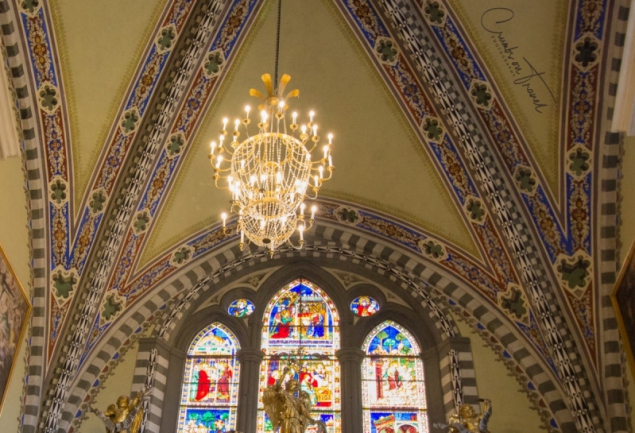 Relaxing in the Boboli Gardens in Florence
Between History and Veggies – Il Mercato Centrale
With Michelangelo in the Uffizi in Florence
This entry was posted in Europe, Italy, ON TRAVEL, Tuscany and tagged florence. Bookmark the permalink.