Sanssoucis – An Afternoon at Frederick The Great’s Summer Palace 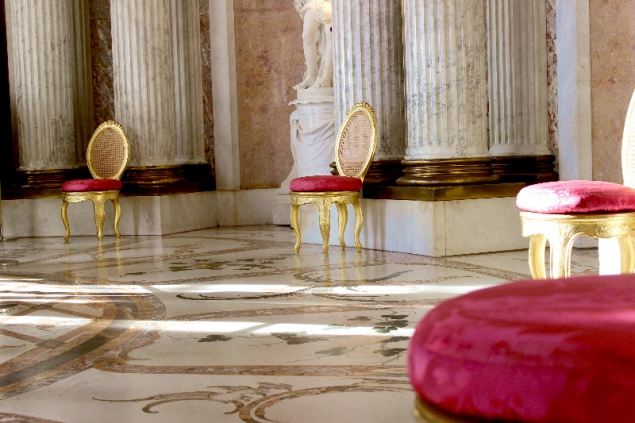 Guided tours are great when you are new in some place and don’t know anything of what you see or where to go. So Sanssoucis was for me and I needed some explanation. And I wanted to see the inner part of the palace as it is possible only as a guided tour. 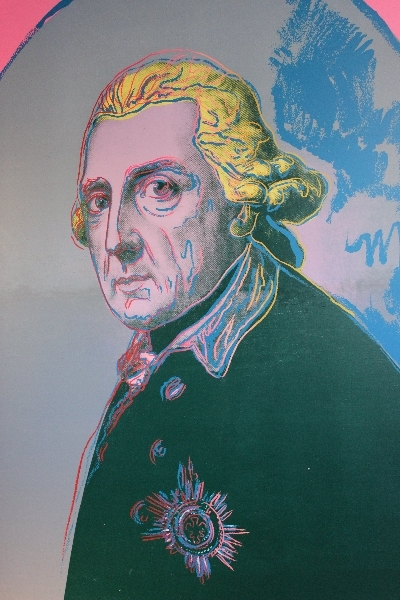 Sanssoucis was built between 1745-47 by Georg Wenzeslaus von Knobelsdorff. The Rococo style is called also Frederician Rococo because Frederick himself made the sketches for decoration and layout in his own interpretation of the then modern style.

For him the comfort was a priority. The main rooms and occupied by him and the court are facing to the south and into the garden, the servants rooms are on the side behind facing north. Apartment doubles are a main room and the servant’s room. The rooms are ‘enfilade’, means in a row and can be assessed at once. 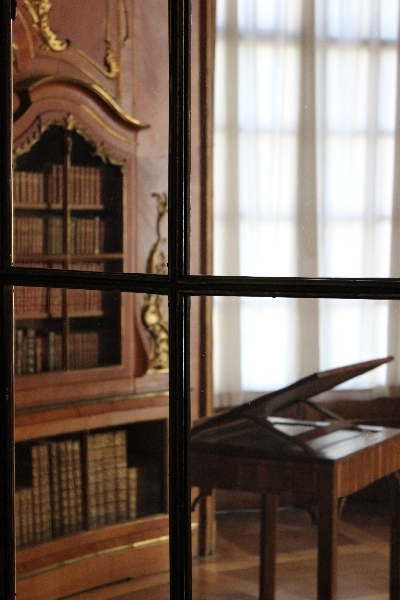 Frederick wanted to be surrounded by beauty, harmony and works of art. Etiquette and fashion was not on his mind.

This way he created his own style and assured himself to live in a place he really likes and has nothing to do with a ‘must do’.

For his own private stay he had an audience room, a study, a small library, a music room, a bedroom and a long gallery. All are on the east side of the dome.

In the dome there is the marble room – with incredible beautiful multi-colored marble and statues – facing the garden and the entrance hall facing the other side.

There are 5 guest rooms. 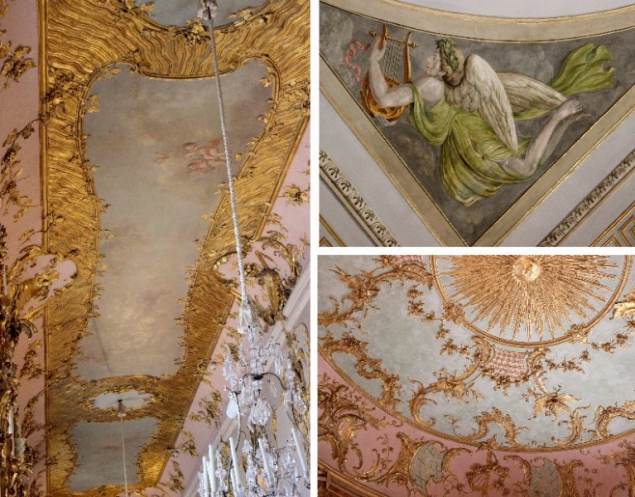 The king’s study is not anymore the same as at his times. It was remodeled by Frederick William von Erdmann ( a famous architect) in 1786, after the king’s death. But the chair is still the one in which the Great died. 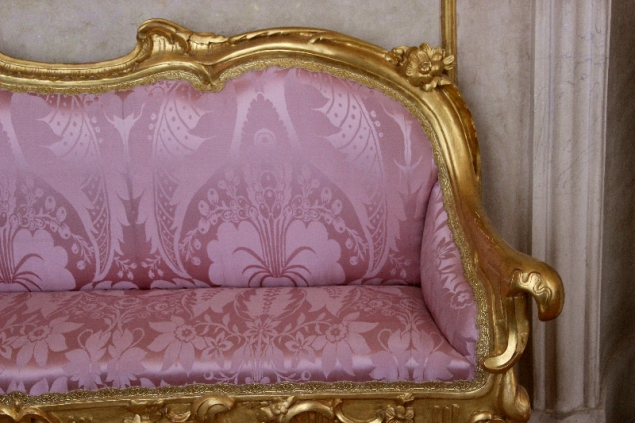 Frederick the Great was born in 1712 as son of the then Prussian king Frederick William I and Sophia Dorothea of Hanover. The father was a violent and strong king who ruled with great authority. The mother was the opposite, charming, light and very intelligent.

His father wanted his sons and daughters educated in a simple way but Frederick early started to be interested in books, arts and philosophy. He was more his mother than his father.

While his father wanted him to have a military career as a young soldier at the age of 18 he decided to flee to his uncle, king George II of Great Britain. By treasure he was caught together with his best friend, Hans Hermann von Katte, a 13 years older and a lieutenant of the Prussian army.

King Frederick William I leveled an accusation of treasure against both and ordered the decapitation of Katte in front of the young Frederick. He was traumatized. 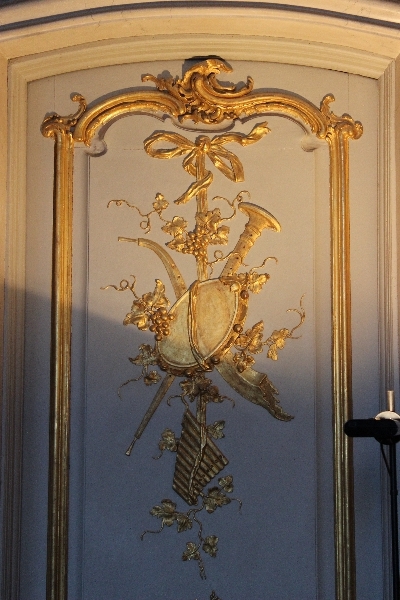 In 1733 he was married to Elisabeth Christine of Brunswick-Bevern. He already told his beloved sister Wilhelmine before the wedding there would never be friendship or anything else between him and his future wife.

Immediately after the death of his father he stopped to see his former wife at all. While she was suffering about the rejection and not understanding the reason, he built his own estate at Potsdam where he lived without a woman at his side. His wife lived at the Schönhausen Palace north of Berlin.

It is said that Frederick the Great was homosexual, bisexual and/or celibate. But maybe he only wanted to live for his people and country.. 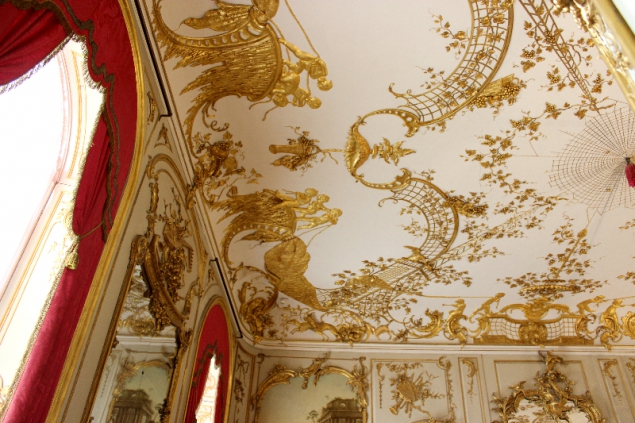 Frederick seems to have been a fine person. An art lover, surrounded by philosophers, he was also a great military. Not to forget he attacked Austria and got involved into the Silesian War.

He modernized Prussia, made the country a politically and economically strong country out of it. He started to take indirect taxation to earn more and controlled the grain to provide all the people with food. The education system soon would be one of the best in Europe and the bureaucracy was modernized too. 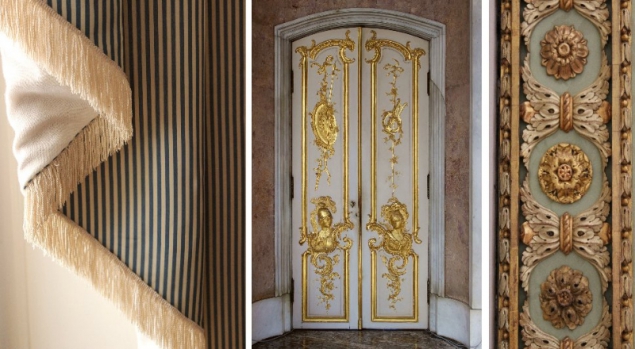 He died at home in his chair at the age of74 in 1786 just surrounded by his Italian greyhounds. Becoming older he was more and more alone because his old friends died away and were not replaced by new ones.

While he wanted to be buried on the terrace of his palace side by side to his dogs, his nephew and following king of Prussia buried him at the side of his hated father. During World War II his coffin was moved to Burg Hohenzollern and only with the reunification of the two Germany he has gone back to his palace Sanssoucis. 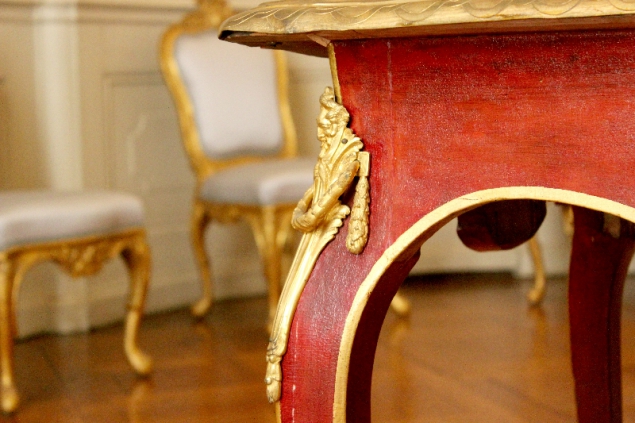 The guided tour itself was interesting as the people were flowing slowly from one room into the other meanwhile a lady opened the next door and closed the door behind us. It is not allowed to touch anything or even lean at the wall.

But anyway: the view goes up to the rich decorated ceilings or around the chamber with its many mirrors and pictures. 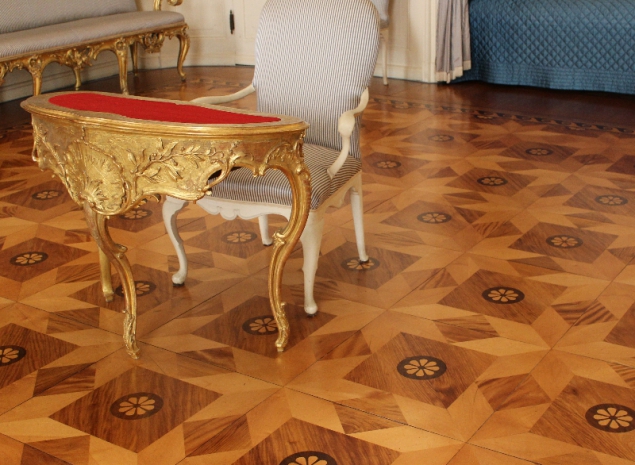 The last room we entered is called the Flower room. It was the room where Voltaire lived during his stay in Potsdam from 1750-53. The Voltaire room is richly decorated by nature motives like animals and flowers. Also this room was decorated after the sketches of Frederick.

The palace is of such a light beauty. Nonetheless it’s heavily decorated and has a lot of gold nothing appears overdecorated or heavy. All bright colors are of such harmony between each other and walking through the rooms one can feel the joy and relax atmosphere this place had once.

For further information:
The audio guided tour costs 19 € plus 3 € if you want to photograph.

Sanssoucis - A Royal Walk
This entry was posted in Berlin, Germany, ON TRAVEL and tagged Sanssouci. Bookmark the permalink.