It was one of my dreams to see one day the palace of Sanssoucis. I love visiting palaces and castles as they have always great stories and they are the most beautiful expression of art and architecture. Both things I admire the most. 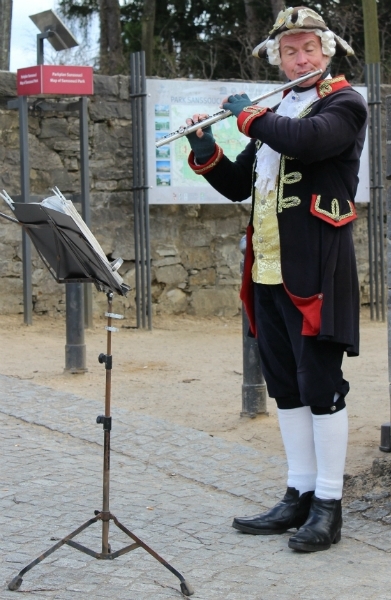 Being the day before at Berlin this day my cousin, his wife and me took the road to Potsdam. After a nice and relaxing walk in the town center we took the direction to the great summer palace of one of the most known kings of Europe: Frederick the Great.

A great parking place and a few meters to walk. At the entrance we saw a musician with a concert flute. Just for creating the right atmosphere… 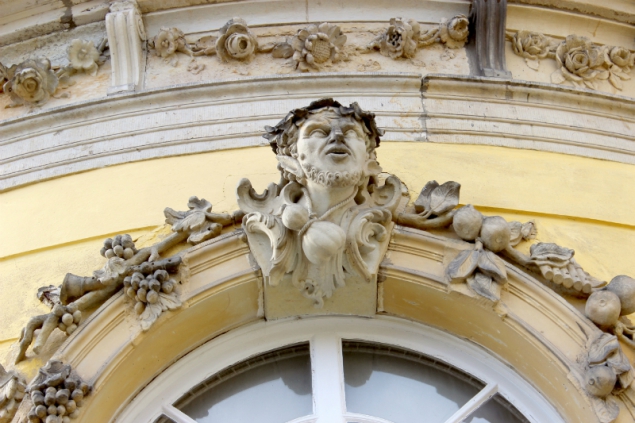 Coming in from a former side-walk the first impression is not the non-plus-ultra but then opening to the gardens it looks amazing!

The palace is a long building in Rococo style in yellow and white. It was designed and built by Georg Wenzeslaus von Knobelsdorff in only two years, 1745-47, but finished after a dispute by the Dutch architect Jan Bouman (see also the Dutch Quarter in Potsdam). Sanssoucis from Potsdam is much smaller than the French original in Baroque style. It was used as a summer palace and for relaxing from a busy political life in Berlin. A retreat.

The palace has only one floor and occupies nearly the whole upper terrace. Along the facade ornaments and sculptures which are light, playful and full of romance. Just to underline Frederick the Great’s need to relaxing moments far away from any duties.

In the middle of the palace a dome rises and it has written the name of the residence. To note: it’s written with a comma and a full stop.

On this upper terrace the side wings are screened by two rows of trees leading on both sides to a gazebo in blue and gold.

On the right one there is a half round with beautiful sculptures and the grave of Frederick the Great – a bare stone just with a few words on it. 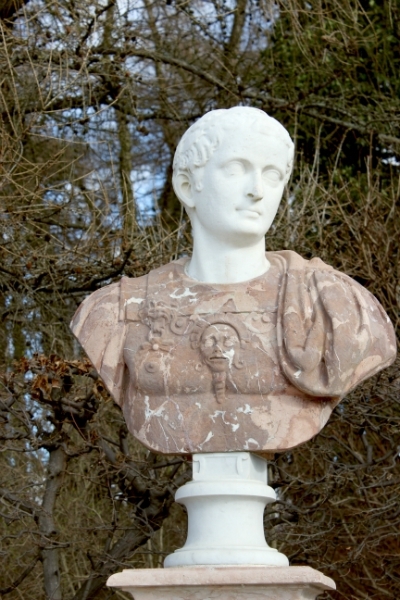 We started to go down to the wide garden in English style. The hill down is a real vineyard of three terraces with different kinds of grapes. 132 steps lead down to a nice water well. From here the view on the palace is overwhelming! 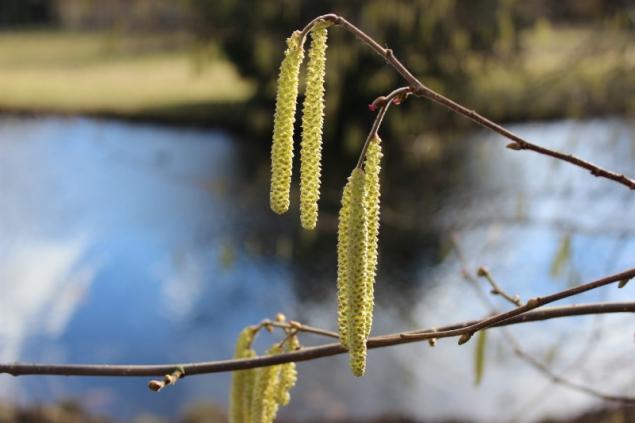 A walk along a small canal and then into woods let us see a beautiful nature, much curated and in the summer for sure one of the most beautiful places where to walk in the shadows of the palace.

Remarkable the importance the king gave to the fact that nature and art are in symbiosis and the practical garden is going perfectly with the ornamental garden. 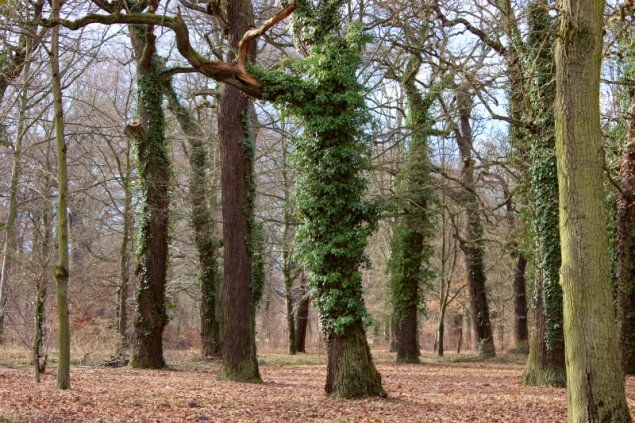 On the way through the woods we had a nice glimpse on the mill, nearby the palace.

The Tea House or Chinese House is another surprise in the gardens. It opens in the middle of the trees and impresses with a lot of gold and light green facades. It’s a garden pavilion and designed by Johann Gottfied Büring between 1755-64. It was used for social events and has a kitchen nearby.

Unfortunately the Tea House was closed and I could have only a small glimpse into the interior. Outside it is so beautiful that I could imagine nearly the smell of sweet tea and hear young ladies in their long gowns laughing and enjoying life.

Rounded windows, almost to the ground, let go in all the sunlight, sandstone columns, a lot of sculptures and I love especially the coloring of light green, blue and pink mixed with gold. 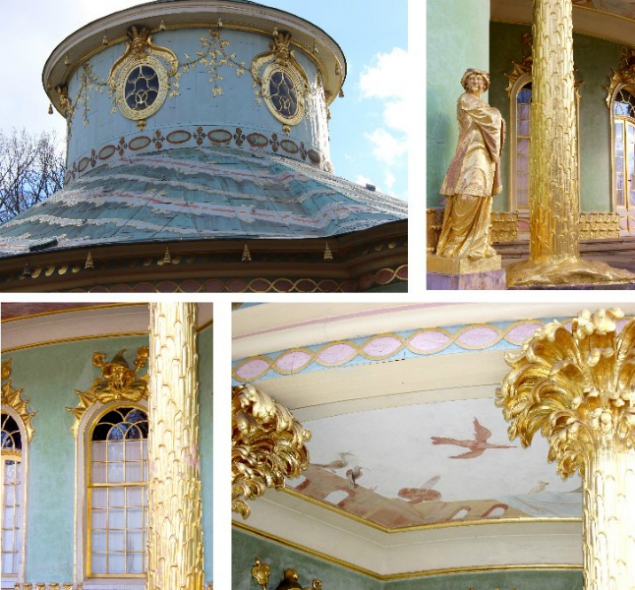 As we booked into a guided tour through the inner part of the palace we walked back to line up in the group waiting for the guide. The columns seen from the back entrance are facing another hill with some ancient building and columns. A theater maybe.. 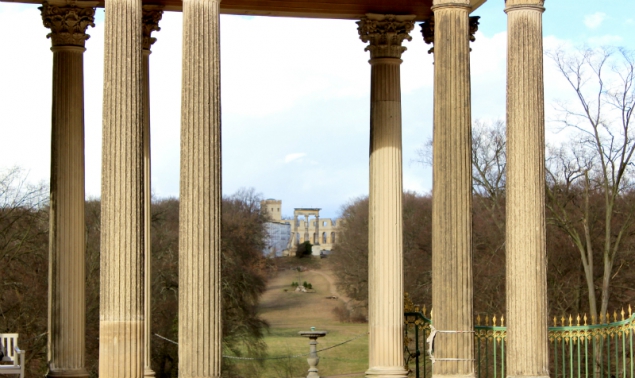 Sanssoucis - An Afternoon at Frederick The Great's Summer Palace
This entry was posted in Berlin, Germany, ON TRAVEL and tagged Sanssouci. Bookmark the permalink.