On my discovery of Tuscany I visited also San Gimignano of which I haven’t heart so much before. I knew where it is and that it’s a medieval city but that’s it. And in the end of this day I would know that it’s my favorite one of all I have seen these days.

San Gimignano – I read – is one of the cities with most towers. Once it had over 70 and now there are still 14 remaining. These towers where like houses where to live in and were built in a kind of outraging other families showing the own power by the highness of the tower. From the hills far away the city seems to be overwhelmed by these towers. 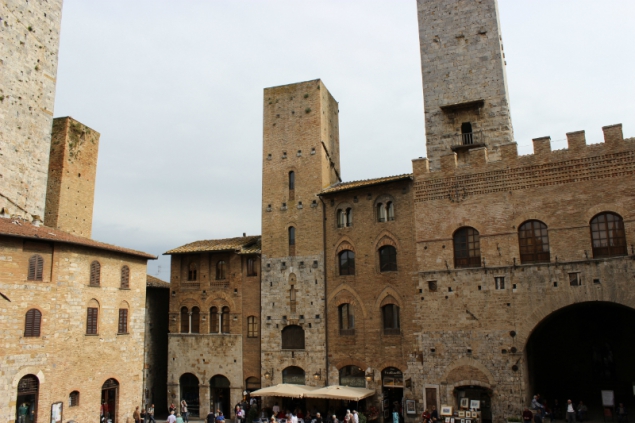 There is no big outside living like in Lucca but we managed to park out of the walls and having just a short walk to enter the gates. Immediately we were immersed in a middle age city, small streets with cobbled paving, not too high buildings accept the towers and all in brownish sandstone. Loads of people but very different to the other cities we have been before. Touristic – yes – but not really overdone. Still that flair of far away times that is so special in this small Tuscan cities. 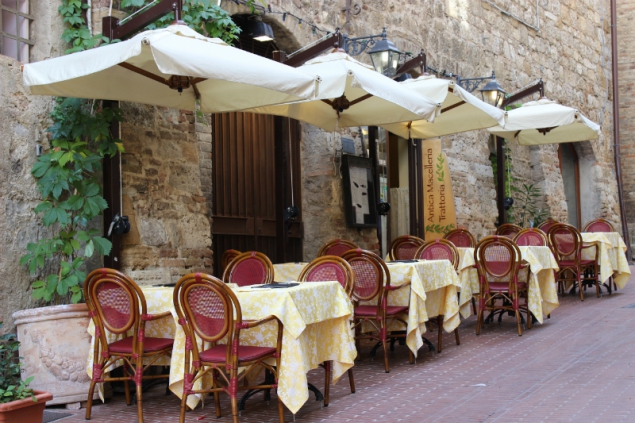 We mainly walked in the streets, had an ice-cream in the Piazza della Cisterna, the main square of the town. The particularity of this square is that it has a triangular shape and the medieval houses are from different ages. Sitting on the stairs of the well I thought about all the women coming here to get the daily water ration for the households.

Can you imagine to wake up in the morning and having a view like this?

My friend enjoyed the ice-cream on the stairs and meanwhile I walked away to the Piazza Duomo. Very impressive the Collegiata di Santa Maria Assunta (Collegiate Church) which could be entered at the side. I had unfortunately no time. It was built in the mid 11th century and at least 100 years later consecrated. Very interesting are also the Palazzo Communale (Communal Palace) and the Palazzo Podestà, the house of the mayor. This one has a huge arched loggia.

The towers are everywhere. The highest has 54 meters and is situated at the Palazzo Podestà. It’s the only one where you can climb up the stairs to have the best view ever. You can visit it with the ticket of the Palazzo Communale. 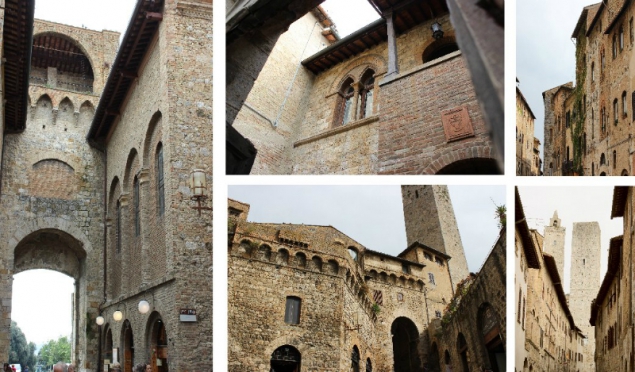 Dante Alighieri played an important role here in San Gimignano being a mediator of peace. Parts of the movie “Tea with Mussolini” were filmed here as also the Franco Ziffirelli film “Brother Sun, Sister Moon” about the life of Francis of Assisi. Very interesting to know as well that the center of San Gimignano can be explored in the video game “Assassin’s Creed II”.

I will definitely return to San Gimignano. One of the reasons is as well that I found someone to work a stone in a silver bend exactly how I want it. But also for the fresh wine Vernaccia, for the good food and the unique atmosphere. If you have not been to San Gimignano you haven’t been in Tuscany! 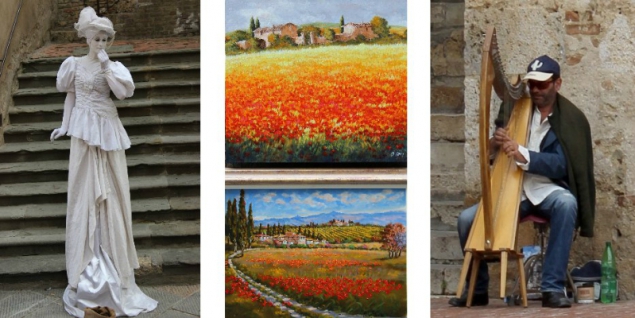 For further information:
About San Gimignano
About Tuscany

2 Responses to San Gimignano – City of Towers in Tuscany